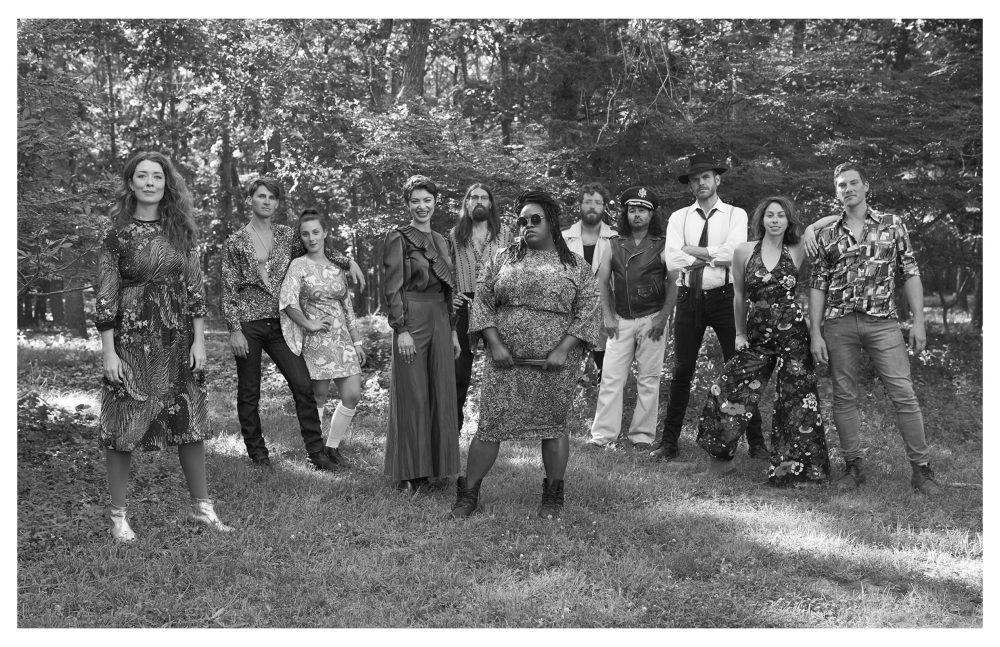 Two summers ago Nadia Quinn was hanging out at Boykin Curry’s house in Long Island, New York. The windows were open and children were running about. There were people joyfully dancing; there were others who were drinking. Nadia turned to Boykin and said, “Doesn’t it seem like we’re watching a play? We should create a play on your porch.” “That’s a great idea,” Boykin replied. “What would that look like?” And so the seedling of Porch Song was planted.

Nadia knew she wanted to portray classic, American scenes set on a porch, but in an innovative way. She brought the idea to fellow performer and artist Emily Young, whom she met on the set of Broadway musical Bloody Bloody Andrew Jackson. Over the course of many brainstorms and research on scenes and plays that are set on a porch, the two women ended up with select moments from their favorite plays, poems, songs, and scripts and stitched them together to evoke the many lives of the people who could have lived in the house, or the various types of people you’d expect to meet on a porch. Both Nadia and Emily set out to capture the true spirit of a warm social gathering through their passion for acting and singing.

This marks the second year of the experimental theatre performance, which took place on Isabella Rossellini’s farm in Long Island. The iconic actress came across the show last year, loved it, and insisted that the show unfold on her fields this year. Thus, the second edition was titled Field & Forest. The performance followed a thematic arc by weaving together the unlikeliest of theatrical and musical combinations: “The Crucible” by Arthur Miller, “Space Oddity by David Bowie, some Anton Chekov, and even a swoony ballad of Britney’s “Oops… I Did It Again.” Schön! sat down with co-creators Nadia and Emily who discuss their journey in developing this bespoke experience. 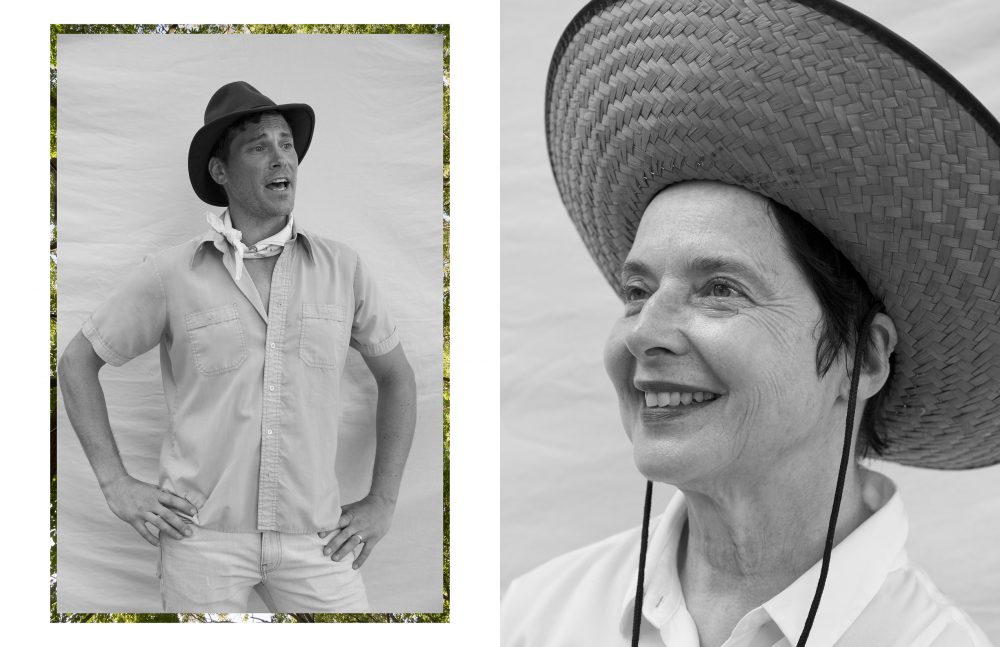 Nadia: You may not go and sit through a 2.5-hour Tennessee Williams play, but Porch Song ended up being a sampling of everything we loved. We had a little bit of Shakespeare, a song by Rick Springfield. You have pop music and contemporary songs combined with classic works. Also, something that is important to the both of us is gathering people for an experience where you’re really present and enjoying something together that will never happen again.

Emily: And that kind of gives a festival feel, almost like a concert festival feel. This isn’t a traditional sit-down theatre piece. We have our backgrounds and expertise in theatre. We also have bands, so it’s like trying to get the best of all those experiences in one.

What have been some of the most challenging aspects of putting this all together?

N: The timeframe I would say. We rehearsed for a week, and then we put up the show for a week. Emily and I, for both times, we spent a year developing Porch Song and around a year for Field & Forest. Matt Cusack, who’s the leader of the band, is teaching music to the musicians, and we’re learning the music and memorizing the lines and trying to do scene work and stage it, and tech it, and put it up. Then we do two performances.

E: I know this from my own experience in my theatre company too. When you’re trying to have a collective – no, an ensemble – that is making a thing together but it’s not a conventional model where there’s one director and the rest of the actors. You’re trying to develop some kind of ensemble speak. Everyone’s wearing different hats and it’s worth it, but it’s just that the process becomes very challenging. I think that the beauty behind that journey is in the piece. It’s like communicating within your own family. How do you not all speak at once? Who leads? Who follows?

N: Part of what we’re trying to do is reestablish the roles and the language. Both of us come from a long theatre background and we’ve both done film and TV. The structures that exist for those things aren’t necessarily satisfying for us. It’s almost like we are trying to build a collective of artists where everyone can do everything. 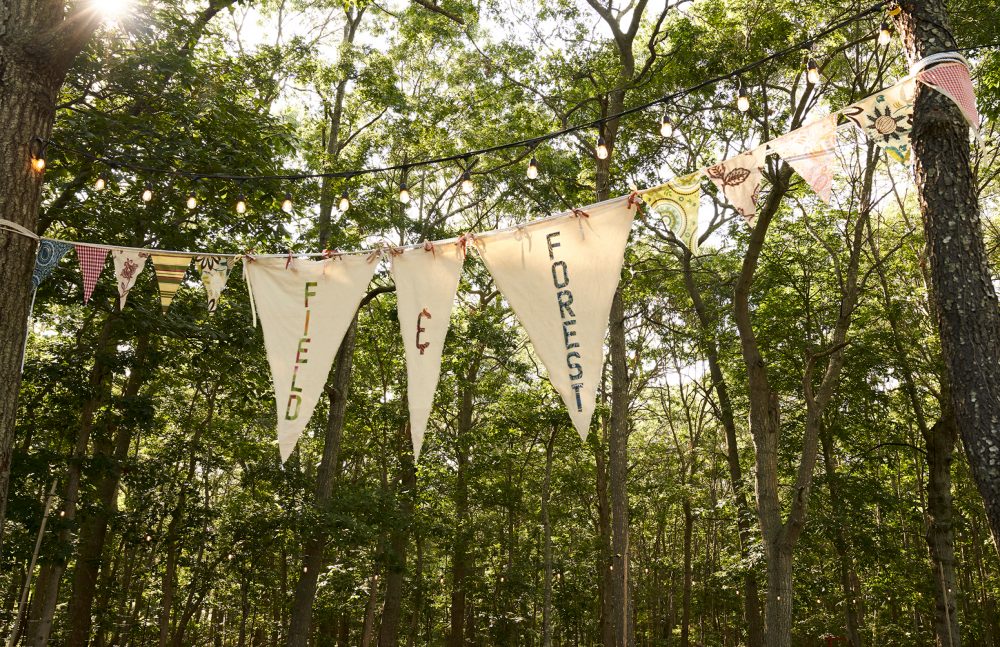 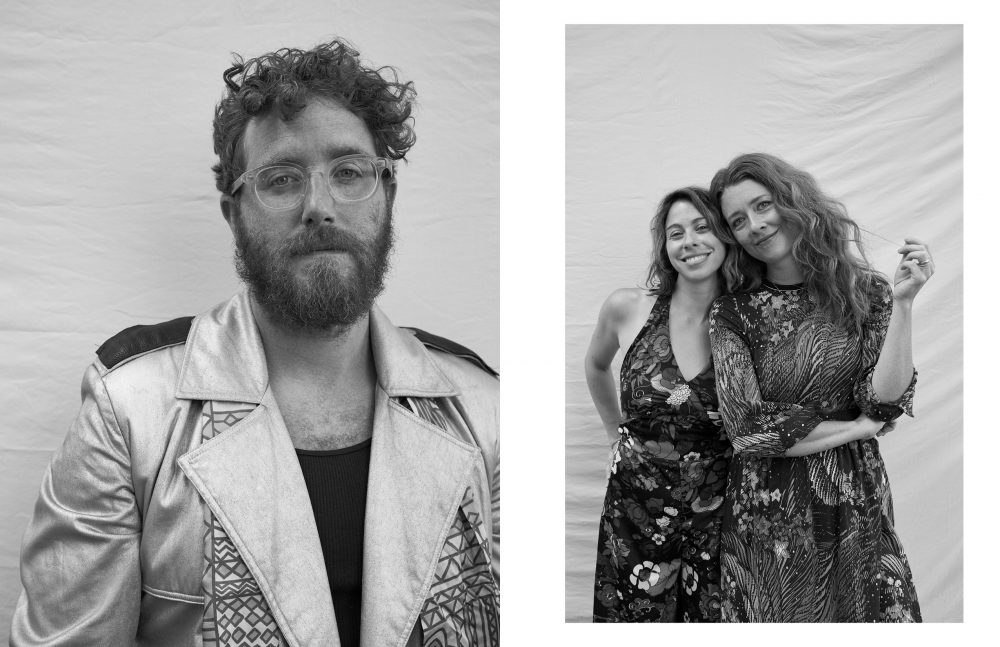 How did you find the other company members?

N: Well, to be honest, they are our best friends. At least for me, I can’t work with people who I don’t have a language, background, and a friendship with. Elvy is one of my best friends. She happened to be right for one of the roles.

E: She recommended some people who have all turned out to be amazing, so she becomes a resource for some things.

N: It needs to feel like a family for it to work.

E: Yeah, there needs to be a shared vocabulary in some way. Through some degree of separation, we got recommendations and we’ve gotten to know really spectacular people. 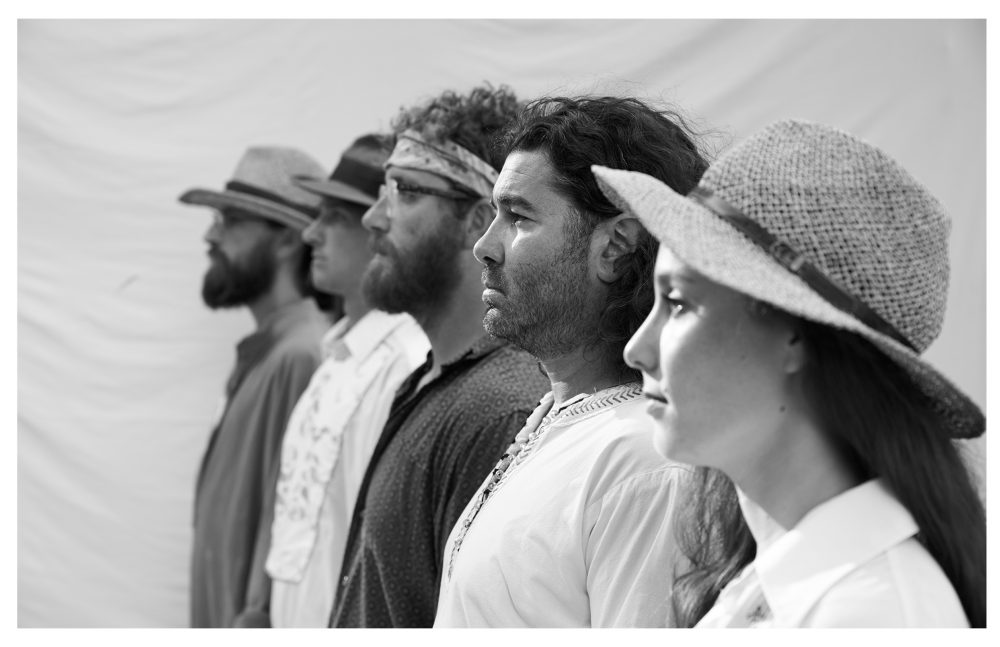 Have you performed in anything of this nature before?

N: For my whole life I have put on shows like this naturally. I’m the oldest of five kids. I was always like, “Everyone in the driveway – we’re doing a show!”

E: I had spent the last ten years in this theatre company Fiasco where we do actor-driven classical pieces. There’s this expectation for what those things are. We value the language and the acting first and foremost – they end up being stripped down ensemble-based pieces where you’re picking up a prop and handing it off to another actor, just in time for them to use it. You’re stepping out into the space and making it happen. We all play instruments. That’s similar, but nothing exactly like this.

N: The whole concept of Porch Song and Field & Forest is unlike anything else.

E: I also think that Nadia’s and my backgrounds come together to make this really unique because there’s this poppy comedy aspect that comes from Nadia.

E: We did Bloody Bloody Andrew Jackson together, which is this broad comedic show. Then, I spent a lot of time doing Shakespeare.

N: Emily went to Brown University. So she brings this highbrow aspect to the show, and I’m like, let’s put on a Britney Spears song! 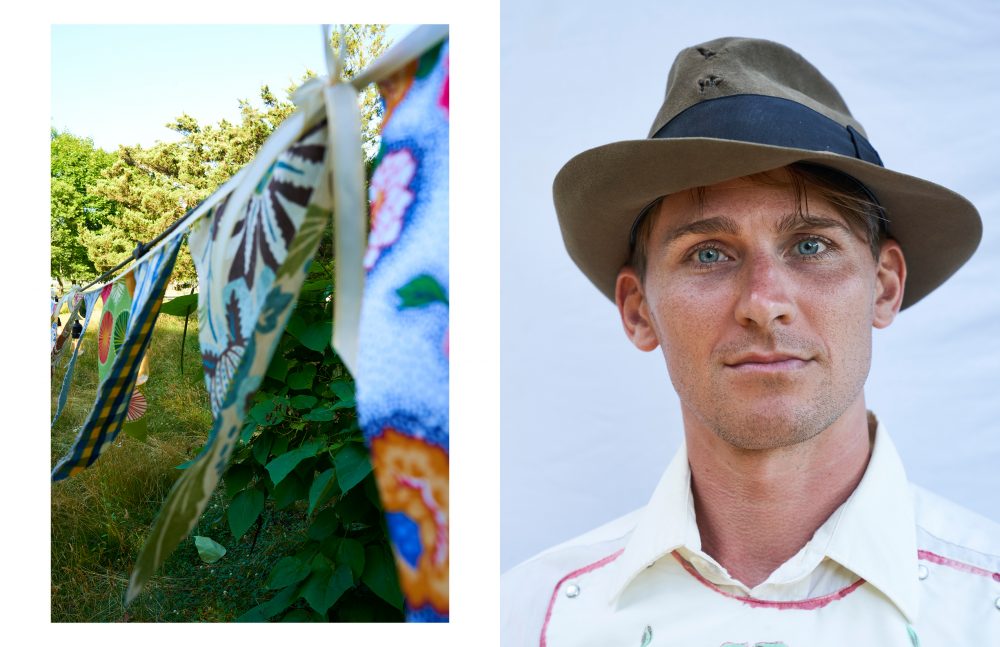 What have been some of the rewarding parts in creating this show?

E: Sometimes when I look at the pictures of it, I’m like, “We made that,” referring to the lights hung on the porch. We made our own props. We learned to play new instruments. I’m sitting in a tree for this one and singing a duet with Allyson Kaye Daniel. It’s so simple, and just bliss because you would never ever perform in a tree with instruments.

The experimentation that this project allows is really unprecedented. It’s unheard of because you get to make mistakes and make beautiful art that’s experimental in ways that are accessible and relatable, which is a beautiful gift.

N: Every bit of what this show becomes is something that sparks our hearts. We only add things to the show that we’ve always wanted to sing or always wanted to act. I think that’s what gives it the essence of that pure love and joy for the audience is because we have put so much of our true hearts and joy into every element of the piece. 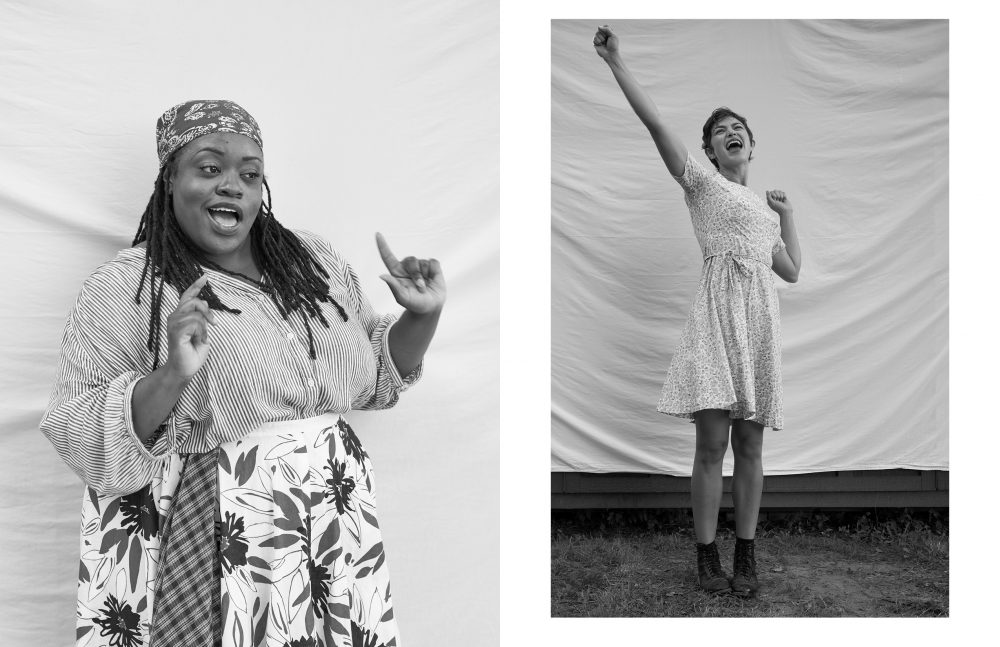 What is the future of Porch Song?

E: I’d like to return to the hangout feel – we could be sitting around the fire singing for three hours and it would be joyous and entertaining. Probably finding a way to invite a larger audience. You always want to feel like they’re just an extended part of the picnic or the jam session.

N: It’s an energy exchange too. Very often when you’re in a theatre, the audience is in a dark space looking up at what might as well be a TV screen, but there are live actors moving around. That, to us, feels a little boring. We were interested in creating a way where we could look people in the eyes and be like, “We’re here sharing this thing.”

The second night of Porch Song was the windiest evening. Everyone’s adrenalin kicked up a notch and the energy of the audience – everything was lifted by the wind. It was so thrilling, so beautiful, and so theatrical.

E: That, for me, gets at the essence of how I want theatre to feel always, even in a space. We’re in the same space, here and now. The wind just highlighted that in a way that was seen and felt. A natural occurrence makes everyone feel like one. I want that for theatre. We both do.

Each performance of Porch Song is unique because it’s being done outdoors, and the elements can’t be controlled.

N: Right, and it feels a little evocative of what inspired the idea. Before TV, before radio, if you wanted entertainment, you gathered your friends around. Someone played an instrument, someone sang, someone read a poem or a play. We are trying to reinvigorate that mode of art in a fresh new way.

E: Boykin wrote this in his pitches, “To bring people out of their technology-obsessed cocoons.” 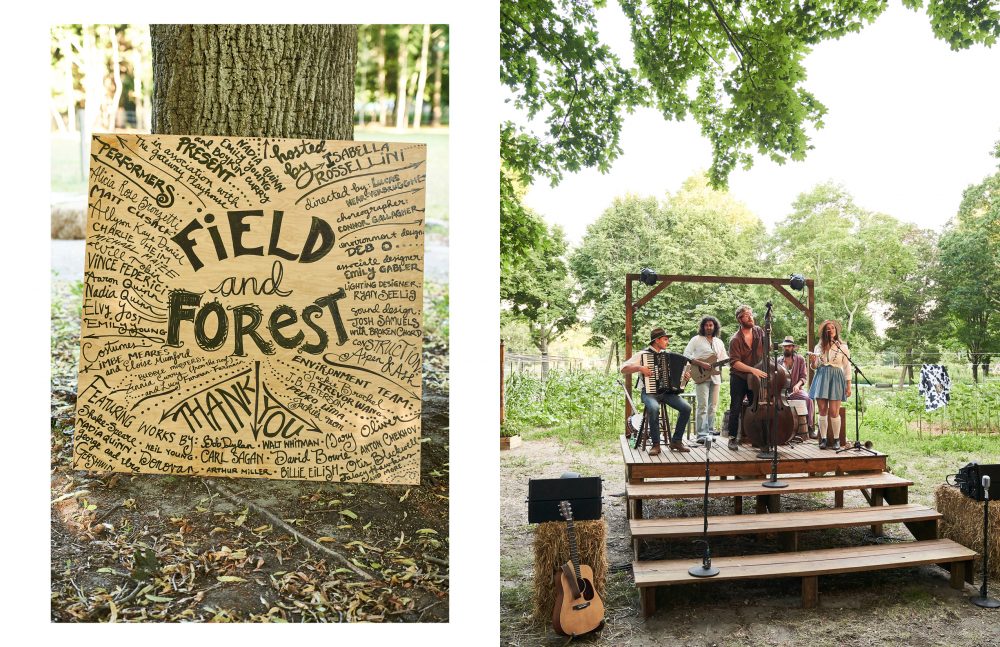 What would you like to accomplish with Porch Song?

N: The one thing that excites me the most is a way to share this with more people. It’s such a long expense, to be honest. Boykin is investing in this because I think he believes in the long-term value of the vision, but it feels to me like we could create something that was a true festival. We could have 1000 people there.

N: How many people did that have?

N: Imagine that – the essence of Woodstock festival concert that many more people could come to. It’s not just band, after band, after band. It’s a collective of humans that are all a band, singing and speaking.

E: I think something we’re still investigating is, is it the people we gather that makes the piece? Is it the place? What are the ingredients that make it the thing that people would flock to? We’re always turning the kaleidoscope around. We both love the idea of gathering people together for an experience that’s effervescent, buoyant, and based on theatre music.

N: And that changes you in some way. 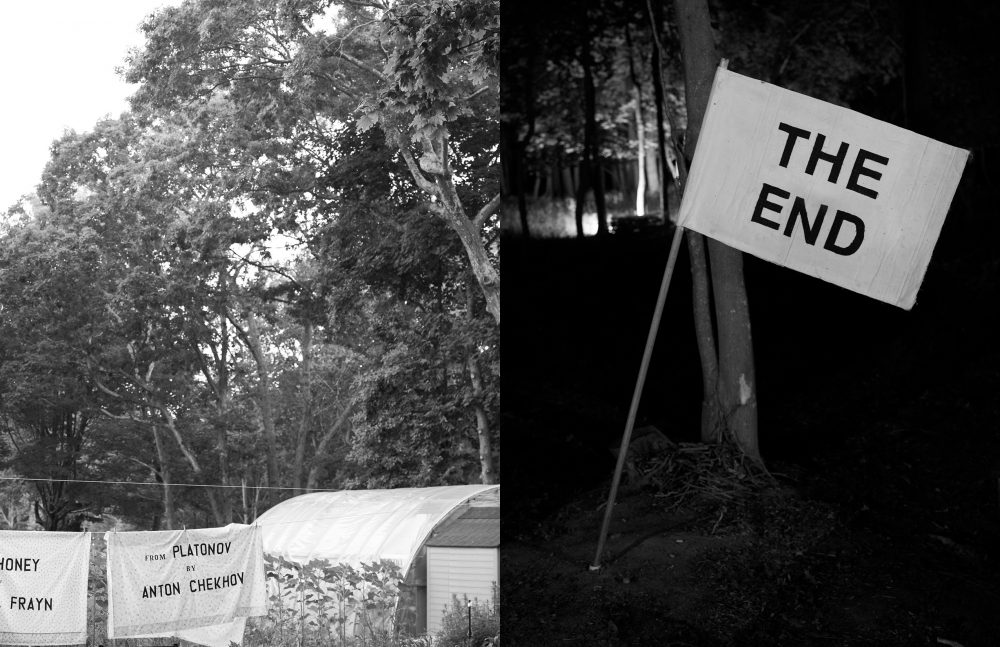