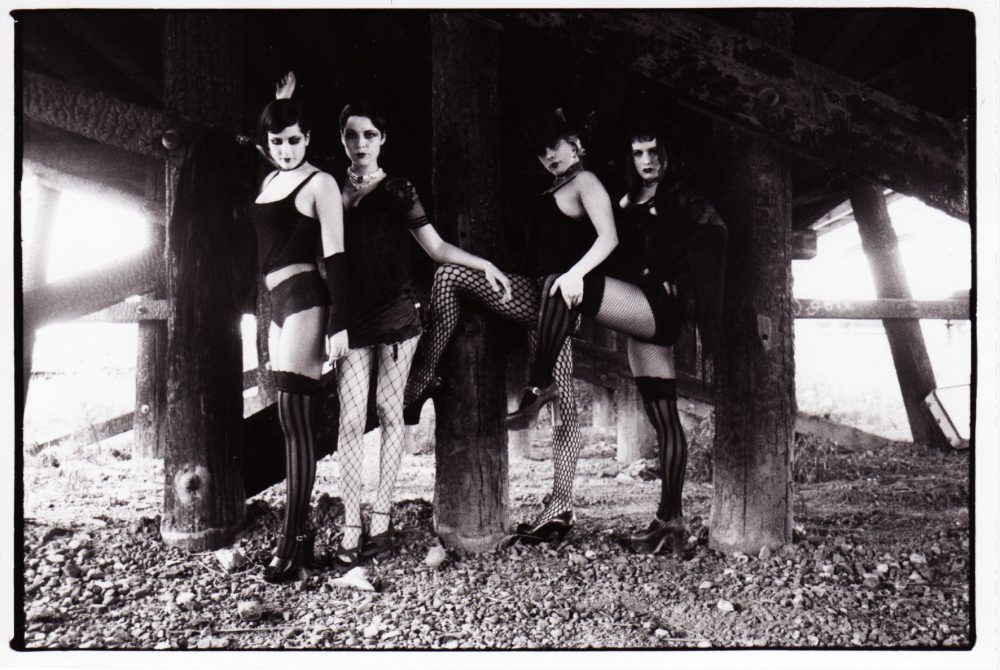 Nowadays, the avant-garde is to be found in the bars of Buenos Aires and the clubs of Berlin but, not so long ago, it could be found in San Francisco. Before the tech bubble and Silicon Valley, the American youth were reuniting on the streets of the Californian city to create — carelessly and compulsively. Out of this frenetic, exciting atmosphere emerged the Yard Dogs Road Show, a rag-tag band of counter-cultural vaudeville performers. Whilst travelling the United States and beyond, the YDRS chronicled fifteen years of their time together in a range of vintage media, which is soon to be presented as a feature-length documentary. We spoke to one of the YDRS’s founding members and the documentary’s writer and producer, Zebu Recchia, about making art in a pre-tech society, the Yard Dogs’ cultural impact, and the intentions behind the forthcoming film – now available to stream here.

How did you begin performing?

The three of us (Miguel Strong, Flecher Fleudujon and me) first got together to make short films about puppets with our friend Jody. Flecher had a cable access show in San Francisco in the early ‘90s. Flecher was making low budget snowboard and skateboard movies for this show. When we all met we graduated to making puppet movies, which eventually led us to psychedelics, which eventually led us to touring with a puppet band. Jody made the puppets. We were the puppeteers. Puppet tour was basically a few friends in an old van playing in dive bars and at art fairs. 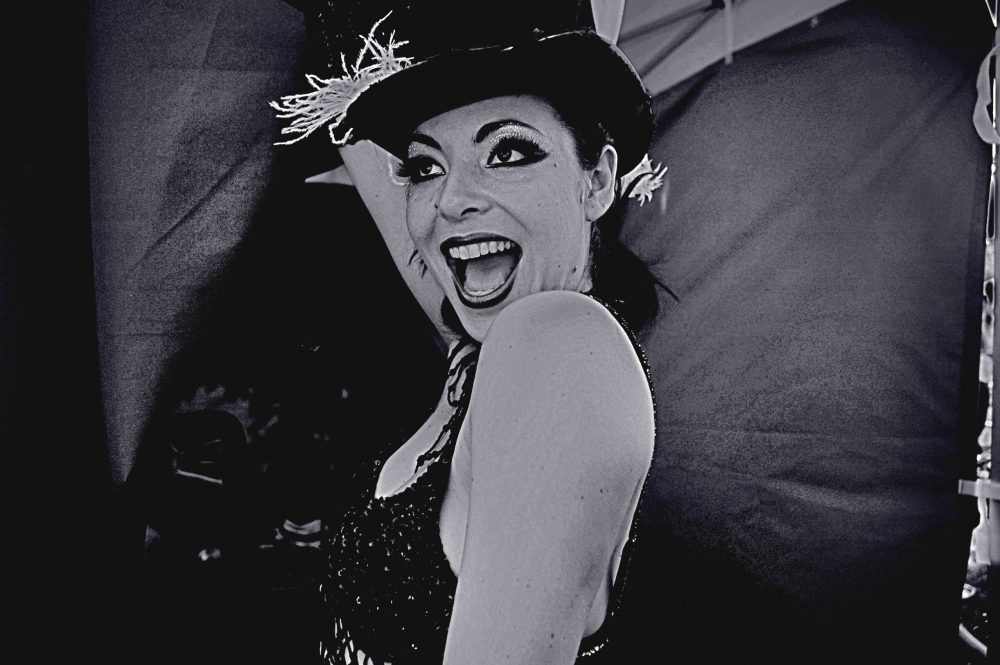 How have your ideas about art and performance changed as you have gotten older?

Being truly creative demands that you live in the moment. You need to be living your true self at all times, it can be incredibly uncomfortable and unsettling. But it’s intrinsic, mainly because on that edge is where you find the rainbows, the revelations that bring meaning to the work. It has nothing to do with living in safety. Now that I’m older and I’ve fallen off that creative and spiritual edge enough times, I know the terrain. You fall a while, you have a “dark night of the soul” and you come through it with a different and stronger perspective. You live to tell the story and now the story is even closer to the heart.

What did you learn from your experience with the Yard Dogs?

I learned that the world is functioning amazingly well considering how many humans are on it. YDRS was a creative collaboration. If 13 people in a band can’t agree on what should be on their snack tray, it’s absolutely brilliant that an entire nation can agree to stop at the same red sign that says “stop”. As tricky as the world is, there’s a fundamental “getting along” between people that happens a billion times in every moment that’s mind-blowing. It’s like driving in India. It feels like complete chaos but everyone knows exactly who’s to the right and left of them. And who’s got their back?

The performance style of the Yard Dogs has been described as “a reinvention of Vaudeville and punk”. Would you care to comment on this, particularly given that the two styles seem rather disparate?

They both come from a raw place. They are both blue collar in their own way. They both come from the dust. They both satire conventional life. They both make you feel a little uncomfortable in a good way. They are both at the roots of Americana – that somewhat reckless and creative place where life is beautiful and dirty and unpredictable. There’s a pulse in that place that cannot be fabricated or branded or contained. It’s primal and its survival depends on the players being willing to take huge risks. 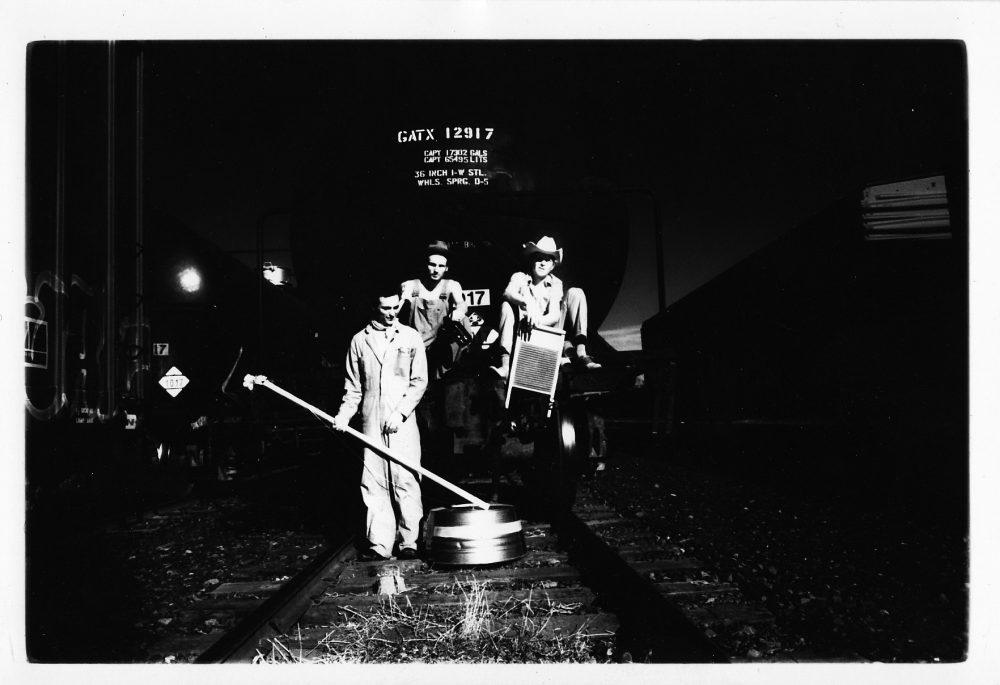 What led you to make a film about your experience in the Yard Dogs Road Show?

I think it’s the other way around. It was film that led us to make an experience called the Yard Dogs Road Show. Like I mentioned, the three original members first got together to make short films about puppets. So, the entire YDRS story is documented from day one. We didn’t know we were making a documentary until about 6 years in. The puppet movies turned into a puppet band, which turned into a jug band, which turned into a “vaudeville” show. We were a group of friends that made art together. Any kind of art. The show was just that art taking its fullest form.

What was your overarching vision for this project?

To inspire others to live a full and creative life.

What are your aims for this project? Specifically, what sort of reach and influence do you hope that the documentary will have?

I want its stardust essence to bloom in people’s hearts. Not in a perfect way. But in a way that shakes off that sticky broken part of being human. The part that gets stuck when we’re looking at the same illusion for too long. There’s a ripple effect when people express their pure creativity. It can be radiant and light or it can be a total shit storm. I know both very well. It’s a full truth and inside this truth is where I want to be. Hopefully, this film is a decent introduction. 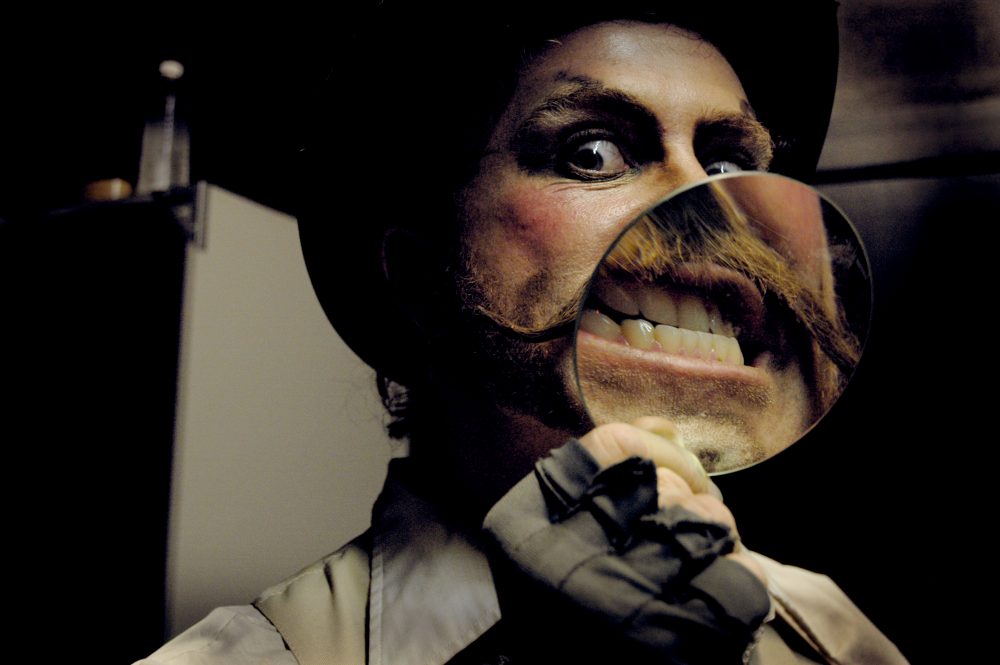 How do you think this documentary will make viewers rethink their definition of ‘family’?

We were an art family because that’s how we connected. Humans do well when surrounded by others who support their highest potential. In too many cases, blood family doesn’t do this. So, why not find your tribe and accelerate past the old story? The Yard Dogs was not a shining example of this. But we gave it a good go and, at crucial moments, the highest potential was realised.

How do you think the montage effect created by the combination of vintage and consumer media (from Super 8 film to High 8 video, VHS to iPhone) contributes to the viewing experience?

This hodgepodge is the essence of the project. It’s not polished because we aren’t polished. Using this mixture of media is just what happens when you’re working with what you have, when the magic of the journey becomes more important than capturing or presenting it in a perfect way. I would rather sit down with a bum and hear a good story than plug my face into yet another shiny algorithm. Heart has always been more important to me than perfection. So, maybe the media we used gave it a texture that represents this. 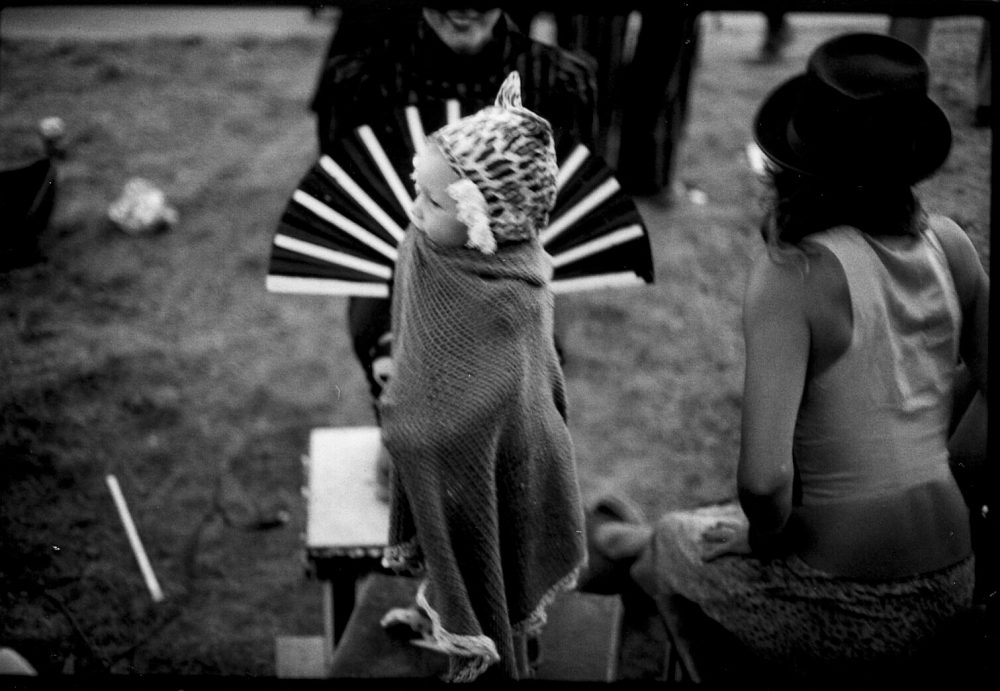 More generally, do you think that the counter-cultural potential of the Yard Dogs can be replicated in the Internet age?

I feel like counterculture has been monetised. Street art started as a way to make a statement. Now it’s also used to launch careers and brands. Streets go mainstream much faster then it used to. When the Yard Dogs started there was an organic aspect to the lifestyle that spread slowly. Because things were moving slower we engaged deeply in the process of making art. 99% of the magic was not documented because we were too busy actually living it – capturing and posting it wasn’t a priority. Because information moves so fast now, counterculture isn’t given the time it needs to incubate. It’s co-opted instantaneously. I do think the soul of counter-culture will evolve to survive. There will always be creative people who build their own reality, many will use technology and some won’t. Hard to say which is more radical. 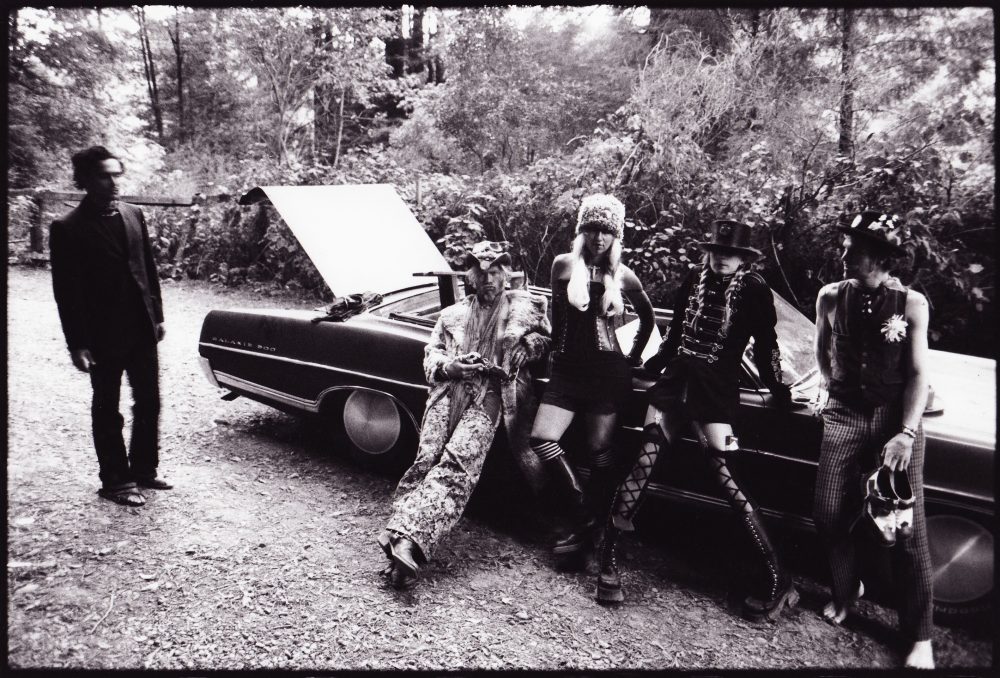 What do you think the Yard Dogs Road Show has contributed to American culture (and beyond)?

I think we were part of a larger creative movement that gave form to something special. YDRS brought creative spirits together. This created a movement that inspired a lot of people to come out of their creative shells. When you invent something that isn’t perfect, it gives others permission to experiment with their own voice, flaws and all.

Do you think that the Yard Dogs could have emerged in the same way at any place or time, or was the cultural moment of ‘90s San Francisco fundamental in determining what form the group took?

It had to happen when it did. This was before tech took over San Francisco. You could rent a room for $400 dollars a month on Haight Street. Burning Man was still finding its feet. Artists still lived in the warehouses. People were spinning fireballs on chains. The fashion mash-up was both inventive and sometimes dreadful. There was an actual underground in San Francisco. Not that things should stay the same. That would be tiresome. What the Yard Dogs and our community did is part of a larger creative evolution that will always be inventing itself. It thrives in parts unknown.