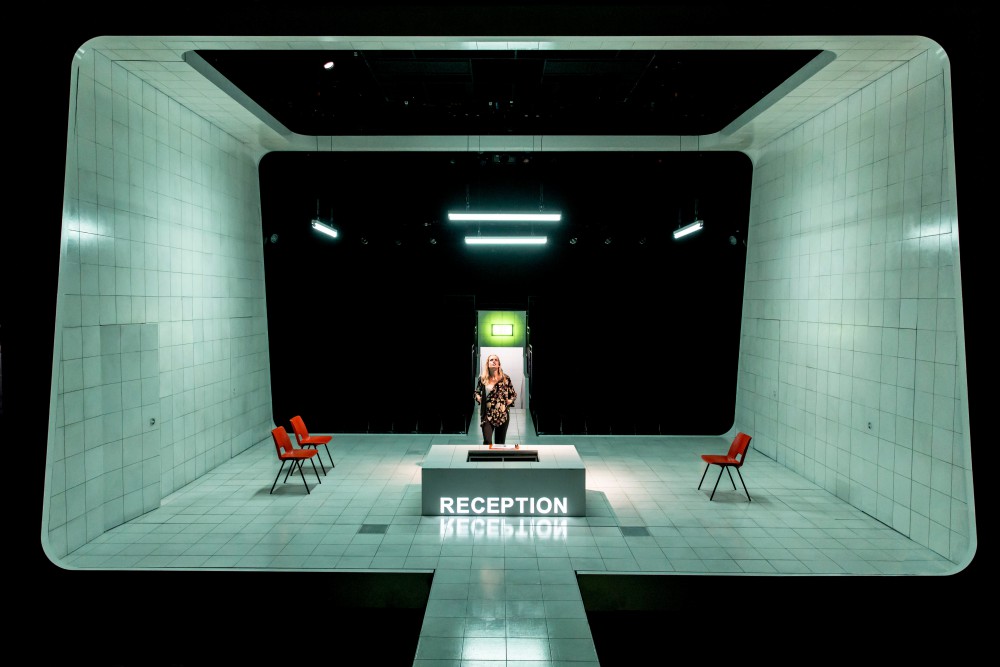 People, Places and Things at the Dorfman Theatre

This week, Schön! went to see People, Places and Things, a new play making it’s debut at the Dorfman Theatre, the smallest venue within London’s National Theatre. The play follows Emma, an out of work actress in her mid-thirties whose life has been torn apart by an addiction to alcohol and drugs. Arriving at a rehab facility, her first step is to admit that she has a problem, but intoxication seems to be the only way that she can cope with the emptiness of modern life.

Writer Duncan Macmillan carefully navigates Emma’s turbulent struggle to face up to reality, creating a story that is emotionally raw, satisfyingly honest and, in parts, extremely funny. The structure of the play is unique and perfectly lends itself to the subject matter. A chaotic mixture of flashbacks and leaps forward are interspersed with pumping music and dramatic lighting, keeping the audience in a constant state of anticipation. The best way to describe this experience is to imagine that you are on a train journey, and you can’t get off the train. Every time you go under a tunnel there is deafening music and bright lights, and words that you can’t quite make out. You are hurtling into oblivion. Suddenly, everything stops and there is only white light and silence. Then voices appear, lots of voices, everywhere. This combination of stillness and acceleration is perhaps what it feels like to be in the grips of an uncontrollable addiction. 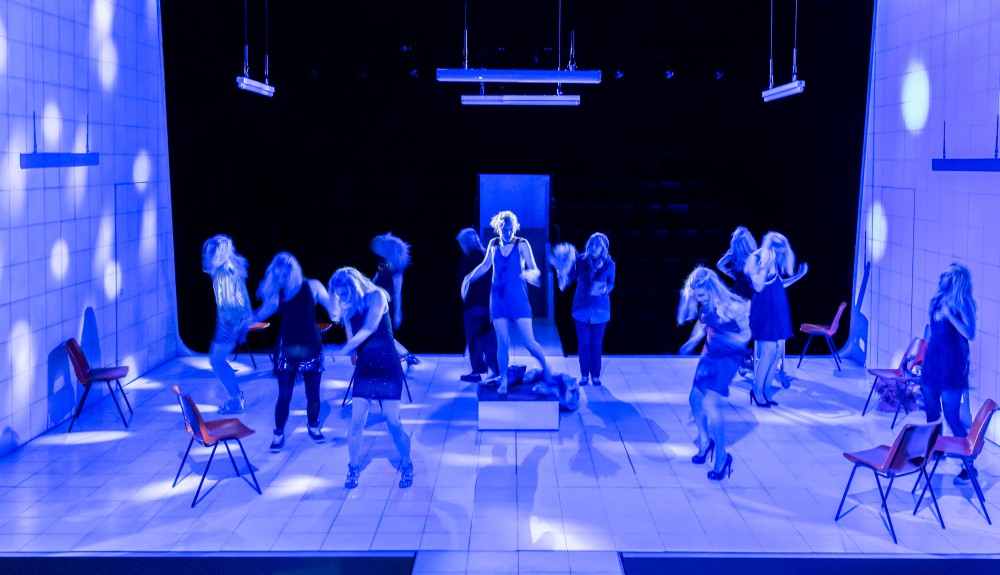 People, Places and Things at the Dorfman Theatre

Facing up to reality – however bleak it may be – is a thread that runs throughout the play, and Macmillan purposely makes it difficult for us to be sure what is genuine and what is fantasy. In the opening scene, two actors wearing period costumes are alone on the stage, speaking words written by Anton Chekov. The Russian writer was was himself interested in the spit between being an actor and playing an actor, a common motif as struggling actress Emma attempts to confront her truth. Chekov’s dialogue is swiftly interrupted by booming music and bright lights. This neon rave meets Downton Abbey face-off immediately confuses us, creating a story within a story. More contrasts occur throughout, as Macmillan seamlessly blends colourful language and dark humour with beautifully poetic monologues.

Excellent writing is nothing without equally talented actors to bring the words to life. There are few adjectives worthy of describing Denise Gough’s captivatingly irreverent portrayal of Emma. Kevin McMonagle and Barbara Marten play several characters throughout, adding to the audience’s uncertainty. One memorable scene was Emma’s first participation in group therapy. This was acted out at break-neck speed, with each character standing up, sitting down and then moving around the circle. Voices overlapped as sounds were played overhead. 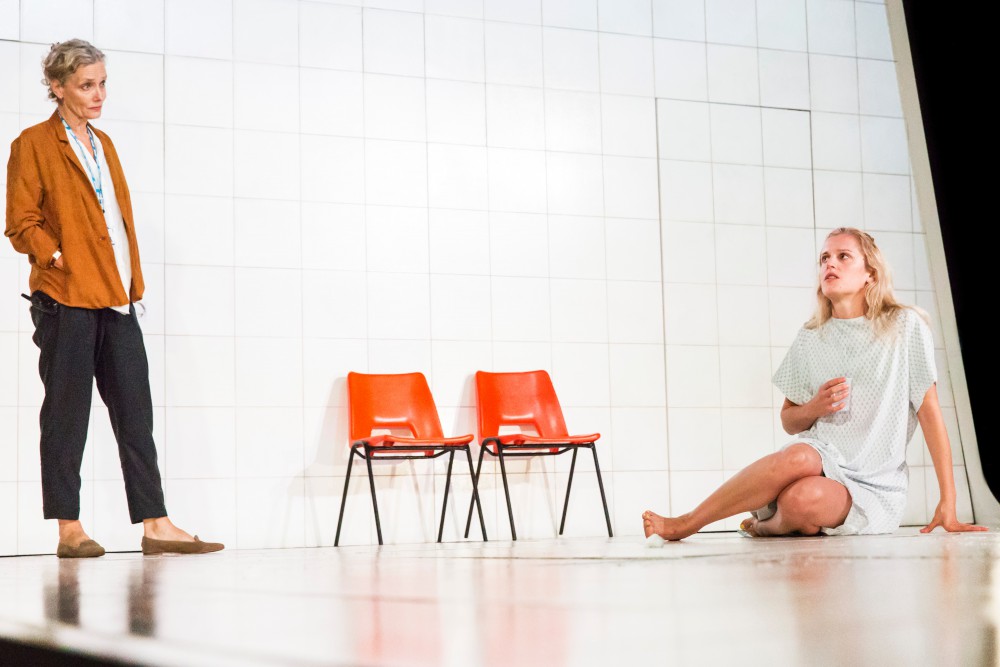 The show is also a visual triumph. Olivier and Tony award winning designer Bunny Christie opens up Emma’s mind, playing on the traditional idea of the ‘white padded cell’ mental hospital and using it as the backdrop for the unfolding drama. This timeless white vortex is both everything and nothing at the same time. The set was positioned in the middle of the theatre, with seated audience members surrounding it on all sides. In each scene, certain actors were facing you and others were facing different areas of the audience.

With tickets from £15, do not miss the chance to see a production that uses a new way of storytelling to push the boundaries of modern theatre while giving an honest account of addiction, loss and relationships.

People, Places and Things runs at the Dorfman Theatre until November 2015.