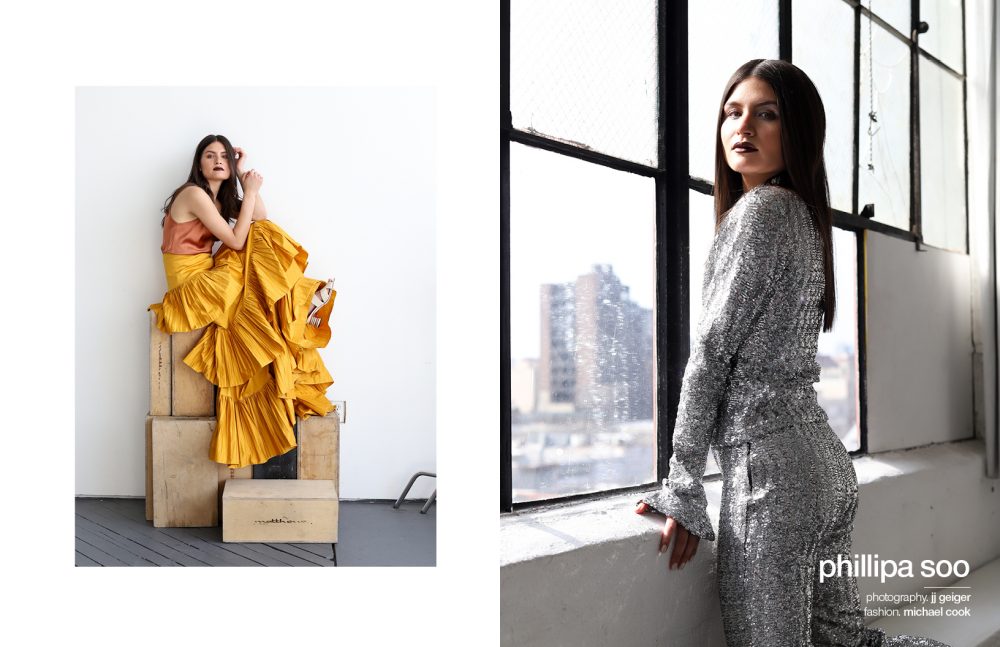 It’s not very often that a Broadway show becomes an international sensation, but that’s exactly what happened with 2015’s Hamilton. The show was a runaway success right out of the gate — selling out nearly every night across its original cast run. One of the many reasons for Hamilton’s success was the performance of Phillipa Soo, Eliza in the show’s original cast.

Hamilton was only Soo’s second big-name New York show, the first being Natasha, Pierre & the Great Comet of 1812, a musical based on a section of Tolstoy’s War and Peace — where she played Natasha. Great Comet attracted significant acclaim; and reviews across the board specifically highlighted Soo’s performance, naming her as an actor to watch. It was there precisely where Soo caught the eye of Lin-Manuel Miranda, and the rest is history (quite literally in the case of Hamilton).

Since then, Soo has played the titular role in Amélie on Broadway, then joined the cast of The Parisian Woman, also on Broadway. However, her latest role may be her most striking — if only because of its dissimilarity to her previous work. In the new CBS’ series The Code, Soo plays Lieutenant Harper Li, a new Marine on a mission to prove herself to her co-workers and family. This is not Soo’s first appearance on television – fans may recognise her from NBC’s Smash – but exploring the character of Li, a Military member living through both the traumas of war and a surfeit of her own issues, has been a new experience for Soo, and one that she’s enjoyed greatly. With a new episode airing tonight, Schön! talks to Soo about Hamilton, Broadway and how working on-stage compares to working on-screen.

Shows like Hamilton have dedicated followings, but Broadway audiences, in general, are a pretty passionate bunch. How does the fan reaction to working on a TV series like The Code compare to the immediate response you get after a performance?

Audiences are an integral part of making art – without them, art can’t exist. I started in the theatre, and there’s nothing like performing in front of a live audience. It is exhilarating on so many levels. To be able to connect with a group of people, to have a collective experience with an audience – you never know what new emotions might bubble up on any given night. And though there is no LIVE audience working on The Code, I am still keenly aware of the audience. I am always asking myself, ‘what choice can I make here that will best tell this story?’ The audience is not physically in the room, but their participation is acknowledged, we have them in mind. Personally, my goal is to make people think, to reveal something about humankind, and if I can do that with at least one audience member, my job is done. 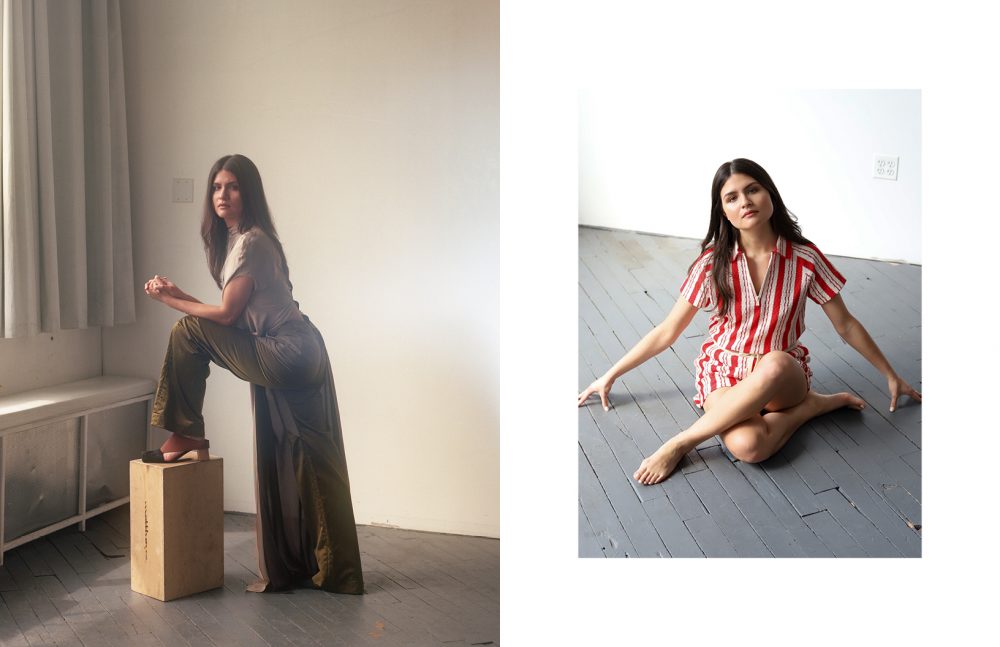 Did you follow the conversations about Hamilton online when the show began to take off?

In the aftermath of Hamilton, I was especially touched by the response from the young people in particular. People finally felt like they were seeing themselves represented onstage, and I was so incredibly proud to be in such a groundbreaking piece, working with the most incredible people.

There was a considerable buzz around your performance in Great Comet, and it’s one of the main reasons you were brought on for Hamilton. When you were in Comet and saw the reception your performance was getting, could you have imagined how that show would change your life?

Comet was my first professional job. I owe so much of my career to Ars Nova, where we had our World Premiere, to Rachel Chavkin, its director and Dave Malloy, its writer. I never in a million years imagined that it would take off the way it did, but it certainly taught me that in surrounding yourself with great material and fantastic collaborators, you can’t go wrong.

You’ve mentioned that part of your motivation for joining The Code was talking to writer Craig Sweeny and getting a sense of your character’s full story. How does playing a character whose story unfolds over the course of weeks compare to something like a play or musical, where the story of the show is completed in one night? Do you think knowing the full story is a necessary piece to perform as a character?

Knowing as much of the full story as you can is always helpful, but sometimes it is impossible to know the full story. In TV you may have a general idea of your character’s storyline, but you usually get the script a week or days in advance. You try different takes, different versions of a scene, and the final performance of an actor is crafted in the editing room. It’s completely out of your hands.

On stage, yes, an actor should be aware of their character’s trajectory. There are no re-takes; each choice must be carefully crafted with the director to achieve the most effective version of the play. A new play may change during previews, but that’s what they are for, to try new things in front of an audience and to eventually “lock in” a show by the time you open. 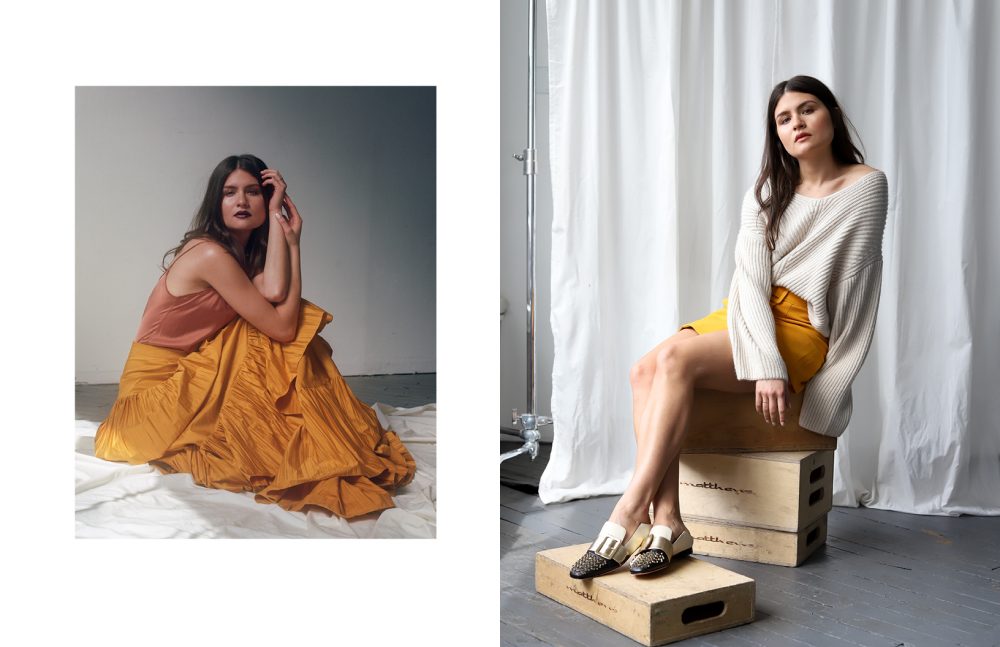 The Code is an original project (i.e. not based on real events or a previously published work), which is different from your appearances in Hamilton and Amélie. Does that fact change your preparation or research process, and what did you do to get into the character of Lt. Harper Li?

I usually start script prep by looking up all the words I don’t know, which in this case, was a lot – a large amount of legal and military terms. Then I looked into the history of the Marine Corps, what it takes to become a marine, articles, books, interviews etc. I wish there had been more time for physical training, but we did do weapons training early on. It certainly made me appreciate that every Judge Advocate goes through extensive military training in addition to being a lawyer. Some of the cases we are investigating take us overseas to dangerous parts of the world, so knowing how to use these weapons was key. I can only imagine what Marines face every day, but in playing Harper I have a deep respect for the people who serve our country, who put their lives on the line every day. I feel incredibly honoured to portray Harper.

I think it’s fair to say every theatre kid had a moment where they were amazed by live theatre, but now that you’re on television as well, do you have any memories of TV series that particularly affected you or inspired your decision to begin acting? What about those moments – the acting, writing, etc. – did you find so memorable?

I really didn’t start watching TV series until I was in college. And what takes the cake now is (obviously) Game of Thrones. I mean, was I obsessed with re-runs of I Love Lucy as a child? Absolutely. I will say, tuning in to Whose Line Is It Anyway? was a recurring activity in the Soo household. I loved anything that made me laugh. My passion for drama came from seeing some incredible theatre where I grew up, especially at the Steppenwolf Theater in Chicago.

Do you find you can move fluidly between stage and screen acting, or is there a sort of “coming down” process you need to go through when moving from one to the other?

Having both the stage and the screen as an acting home is such an incredible gift. Doing one will always give me a fresh perspective on the other.

One of the interesting aspects of television vs. theatre is accessibility (especially when it comes to a show as difficult to get tickets to as Hamilton). Do you think about this part of working in both TV and theatre and how much value do you place on it?

I think accessibility is incredibly important. I love the lottery model; I think it is a great way for people to see theatre who might not otherwise get a chance. Also student matinees. The more we get communities interested in theatre the more it will thrive. It seems essential to be innovative with a business model so capitalism doesn’t get in the way of creating and sharing great art. 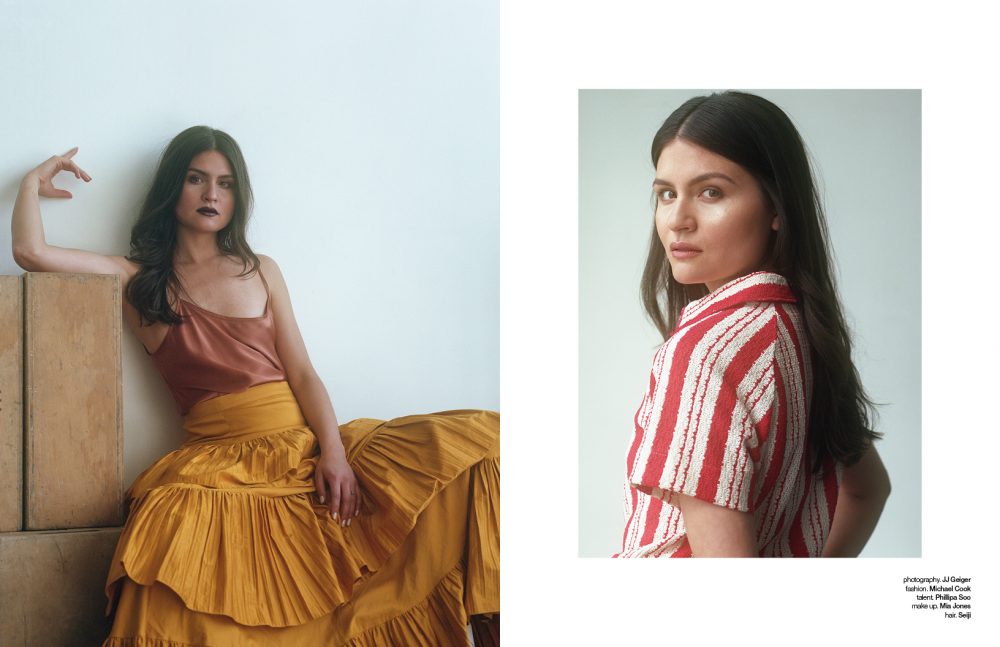 What have been the most unexpected differences and similarities between working on a Broadway show vs. working on a TV show?

I was most surprised about the physical geometry that goes into working on film or TV. I was surprised at how many moving parts there are on a set. It is incredible that all those people are working toward one goal, and I have to say, we had an EXCELLENT set this season on The Code. Everyone was A-game, incredibly kind and incredibly talented.

What’s been the most “I can’t believe this is happening” moment of your career?

Performing at the White House in front of President Obama and Michelle Obama was one of the most memorable moments of my career so far.

What can we hope for the future of The Code?

My character, Harper, takes a full 180 turn this season. She is one of the newer JA’s, so she has a very fresh perspective; she’s a bit naive but she is incredibly motivated and hungry. She isn’t quite sure if her life before joining will coincide with the values of the Corps. Eventually, Harper is forced to reassess everything about her life.

And what can we look forward to coming from you in the future? More TV, more stage performances?

‘The Code’ airs Mondays on CBS in the US. Stay tuned for a brand new episode tonight.