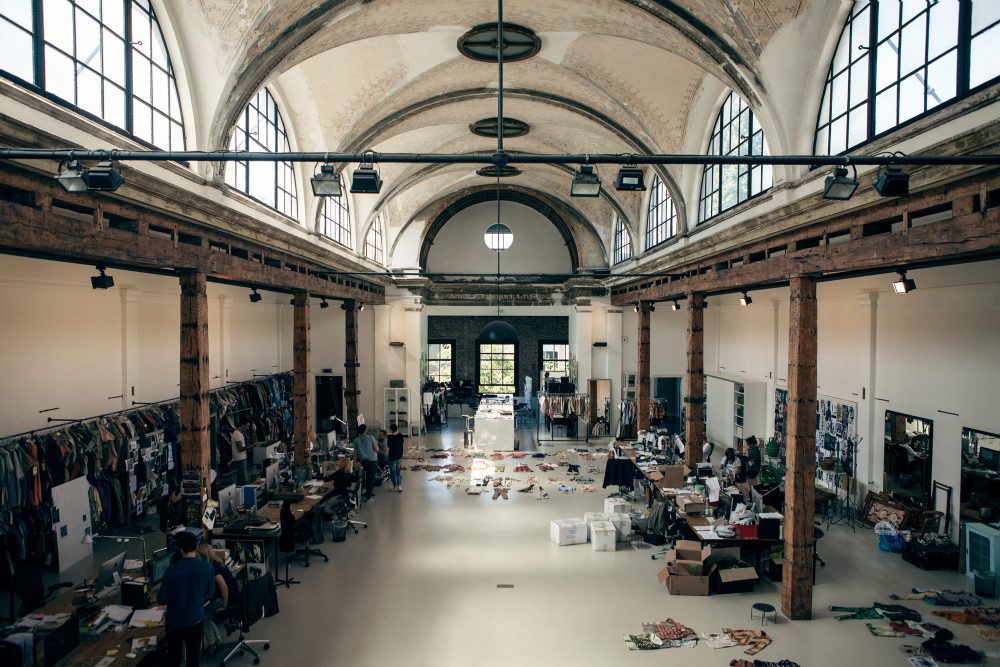 As a brand that reps the Dutch fashion industry globally, Scotch & Soda very much prides itself in staying true to its authentic Amsterdam roots. With headquarters located nearby a serene canal on Keizersgracht, stepping inside the space – a former church – you get a sense of the chantry-like sereness that underlies the foundations of the house. Walking in, various pieces carefully scatter the bright space, which is bustling in preparation for an upcoming collection.

It is not only in the headquarters that this creative energy flows. Scotch & Soda stores exhibit a similar safe space, as employees begin each morning by discussing styling ideas, client interaction, and even the daily stock. The confidence in the room is almost palpable. This is atypical for a brand with 160+ stores, however. Spanning all the way from retail to corporate, each team feels like one tight knit family. 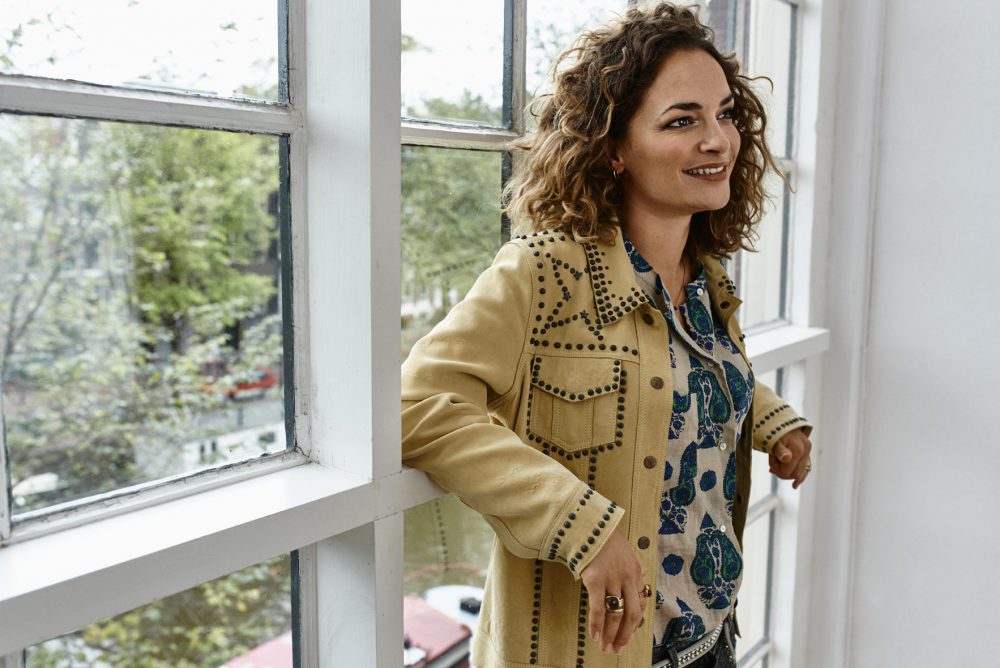 Speaking with creative director of the brand Marlou van Engelen, Schön! discovers how the working environment is a crucial component of the creative process. Rather than utilising computers or sketchpads, Engelen much prefers touching and feeling each textile in putting together her looks. “It’s a tactile business— we’re constantly concerned with if it feels nice, or which colours can come together. It’s really important to see the real deal,” she says. Engelen herself is the real deal as well. Moving from a small Dutch village all the way to London at just 17 years old, Engelen reveals how she cried everyday the first week. “I come from a really small village where family is always around. So when I got to London and realised I couldn’t cook or do laundry… it was a huge difference!” she says laughing. However, her powerful passion for her dreams prompted her to stick it out.

Her first memory of fashion being an embroidered Mickey Mouse sweater— Engelen tells us, “My mum used to think I was a freak because I was always looking at that sweater. I was really admiring the technique and how it was done — so I was a bit of a strange kid!” To this day, Engelen focuses on the technique— often cutting and patching the pieces herself. 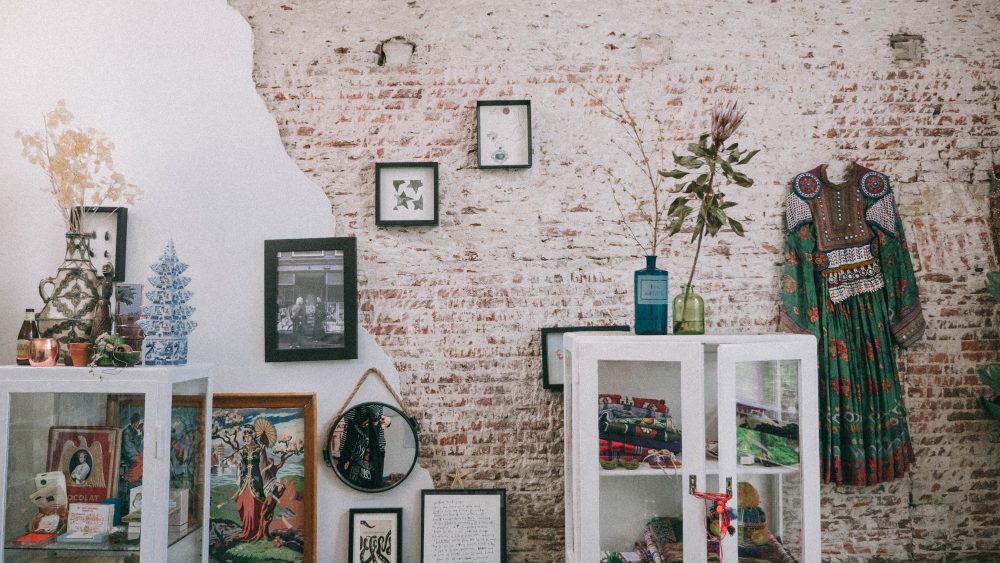 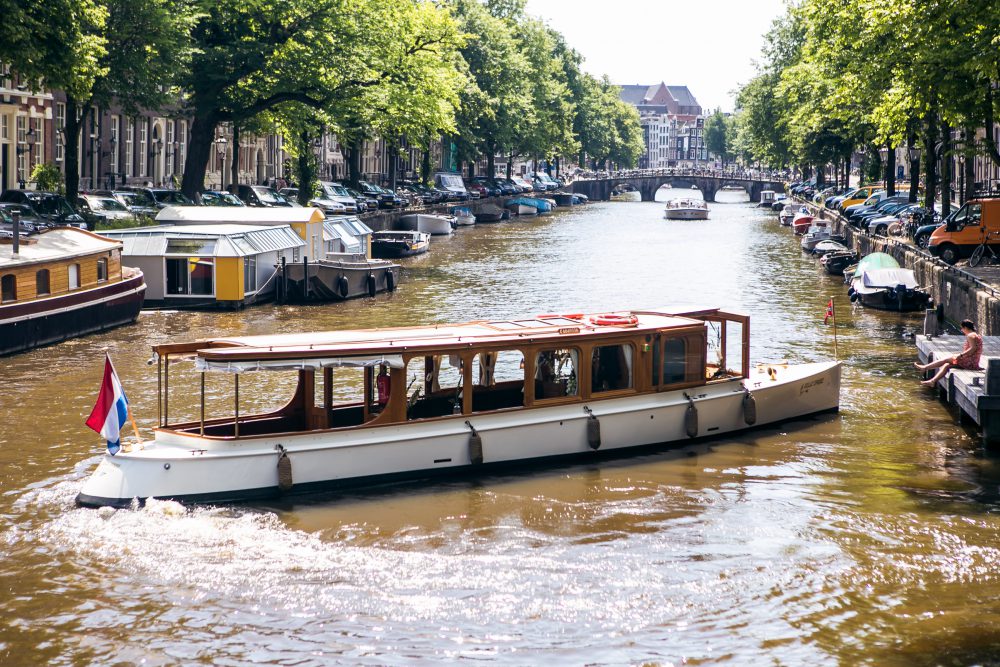 Rather than being driven by trend books, Scotch & Soda is known for its heritage-based designs. Engelen notes the energy of the brand comes from the relaxed, Amsterdam vibe — however, the designs are very much cross-cultural. Often travelling to markets further afield, such as those of Africa and Tibet, Engelen pulls inspiration from all corners of the globe and subtly incorporates all of the gathered details in order to create new classics.

“I think we are telling the world— be free to be yourself. Wear it however you like to wear it,” she states. Engelen aims to create individual pieces that all come together, bound by a classic effortlessness. Entering the store, you can very easily devise almost any look. 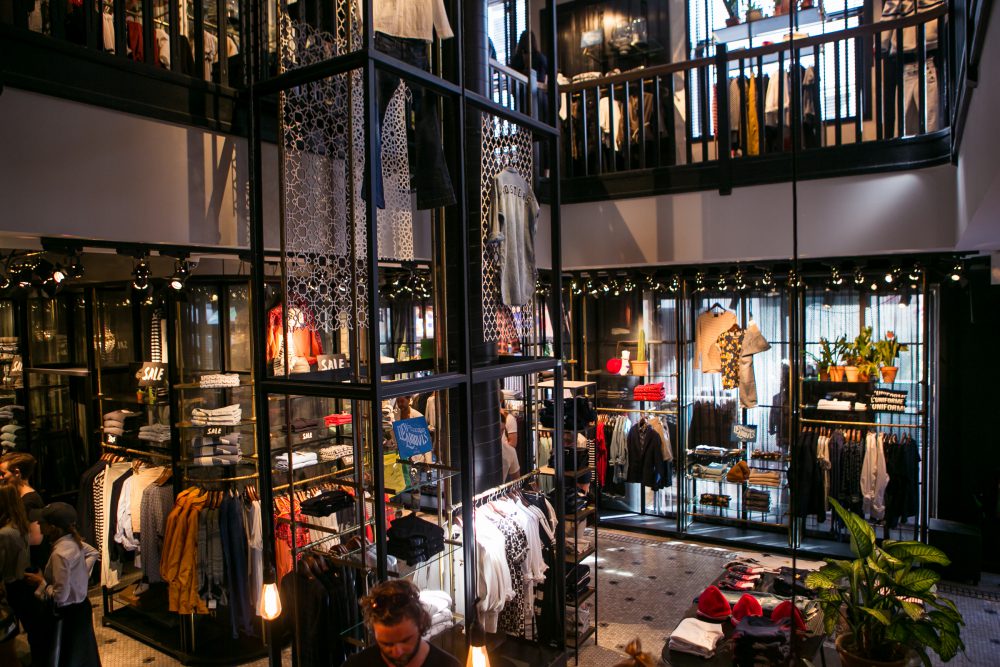 In terms of menswear versus womenswear, Engelen reveals that it is easier for men to achieve this classic effortlessness because there are less options for men in general. However, when asked her opinion on the shift to more exciting directions in menswear, chief marketing officer, Adam Kakembo chimes in passionately: “We love classics with a twist— but on the spectrum which is very fashion forward we might also have something like kimonos!” Kakembo describes his personal style as “clean, with a bit of street thrown in,” and has lived all over the world, eventually settling in Amsterdam, which he says “still has the air of an undiscovered gem.”

All the way from its authentic connection to its Holland roots, to a family-like space for employees, Scotch & Soda is constantly inspired: from delivering fresh designs, to a innovative approach to dress and style, Scotch & Soda has its sights set on modernity.