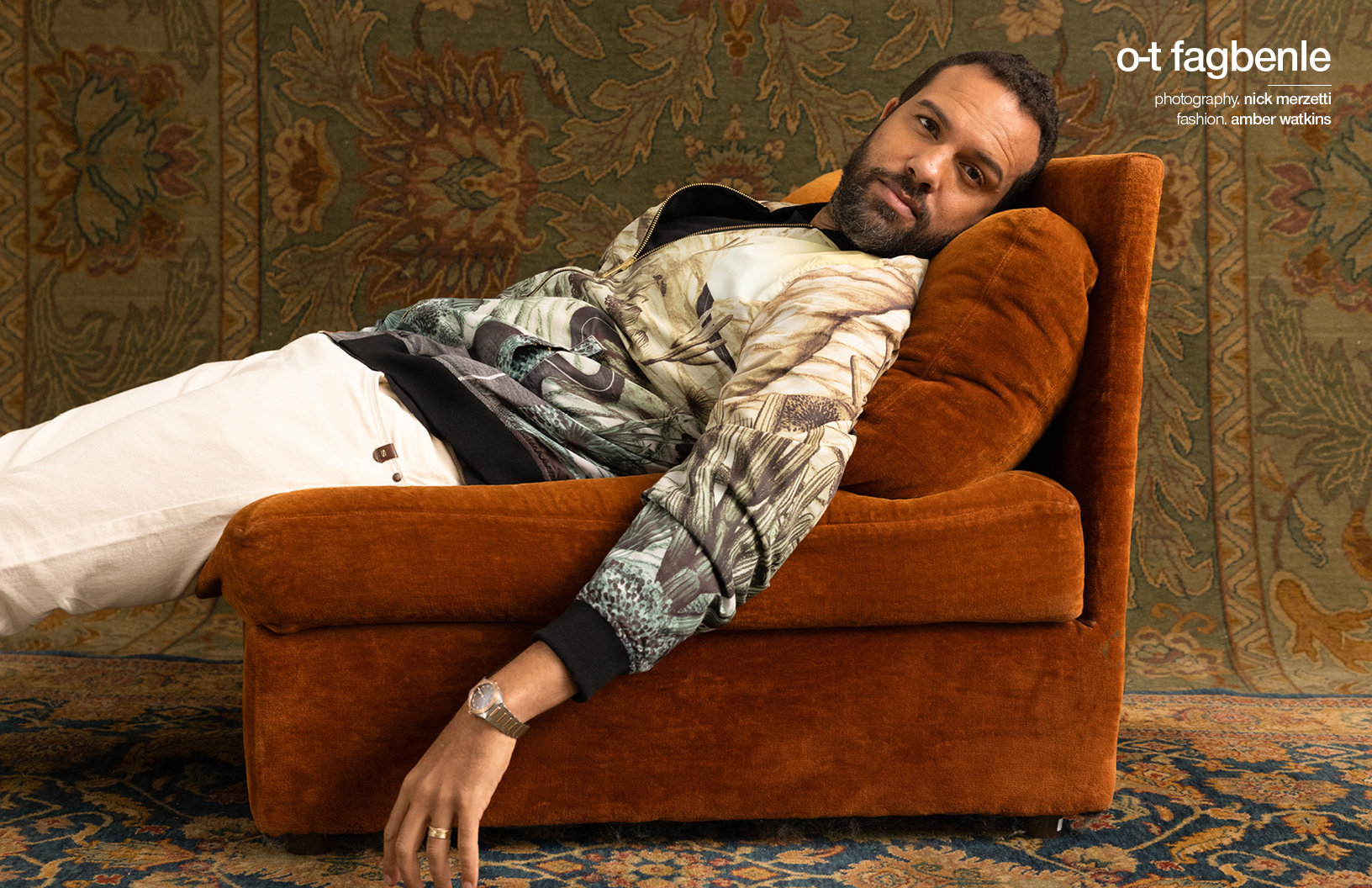 We’re entering the Oval Office with O-T Fagbenle, one of the stars of Showtime’s hit new series The First Lady. Fagbenle takes on the daunting task of playing former President Barack Obama, reliving some of his hardest years in the White House through the eyes of former First Lady Michelle Obama. Alongside The First Lady, Fagbenle recently completed the Apple TV+ series WeCrashed and is in production for the next season of the hit Hulu show The Handmaid’s Tale. We chat about all this and more in our exclusive interview.

First, I want to congratulate you on Maxxx, because I know it can be hard to get a project that off the ground. Knowing that you succeeded and now get to do more because of it is awesome.

Oh, thanks so much! I’m so proud of the show and I just love it when people respond to it.

I don’t know how much you can reveal, but I know that there are other projects now that you’re doing because of the success of Maxxx. Can you reveal anything about those projects?

Well, I want to say so much about it, but I’ve been told to keep tight lipped. What I will say is that I’ve been really passionate for a while about telling stories from the continent of Africa, from the diaspora, the African diaspora. It’s such an extraordinary continent with so many amazing and untapped stories. I think the world has a lot to gain from the contribution of African stories, and that’s one of the things I’m really excited about doing, contributing to. 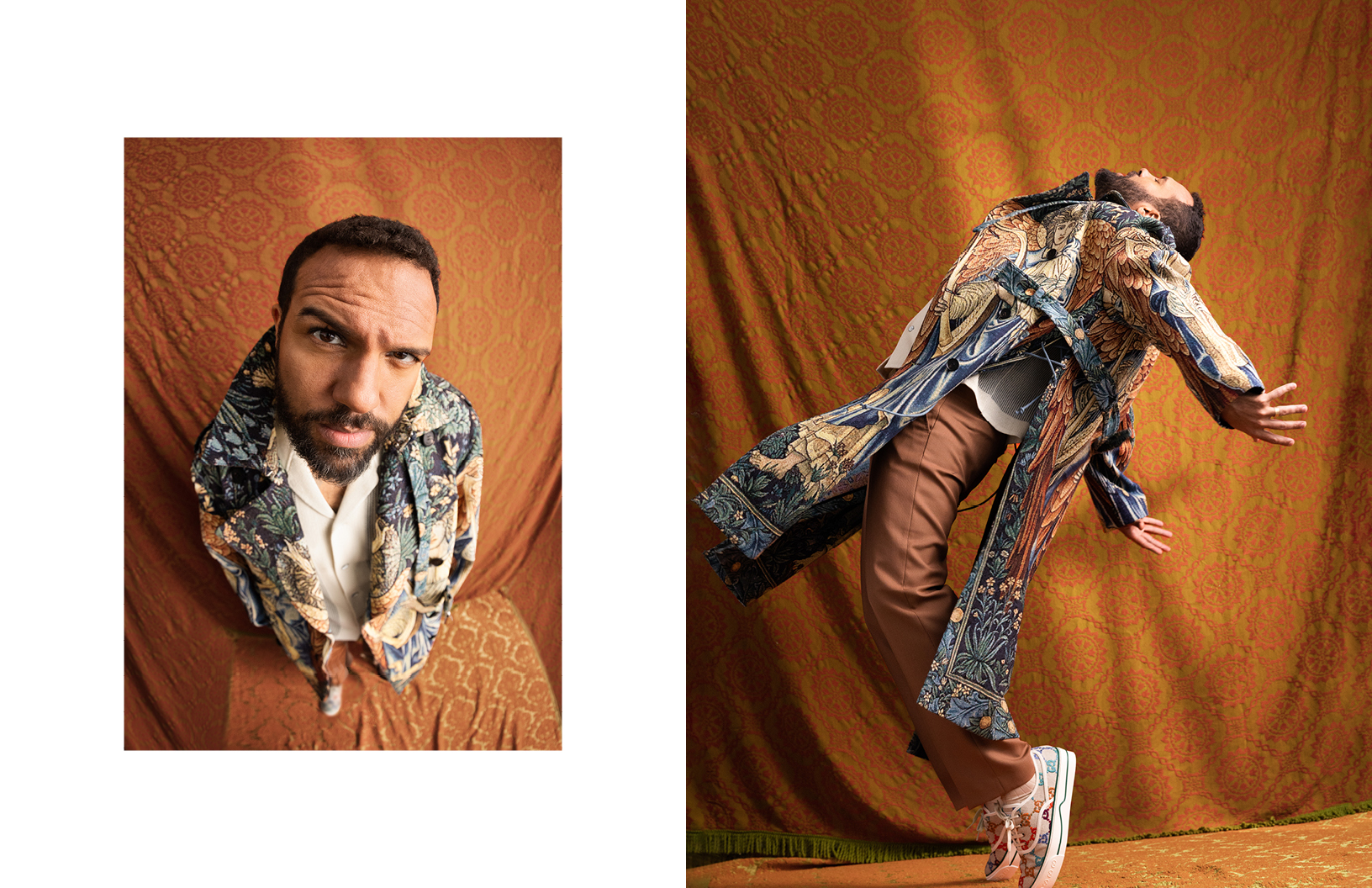 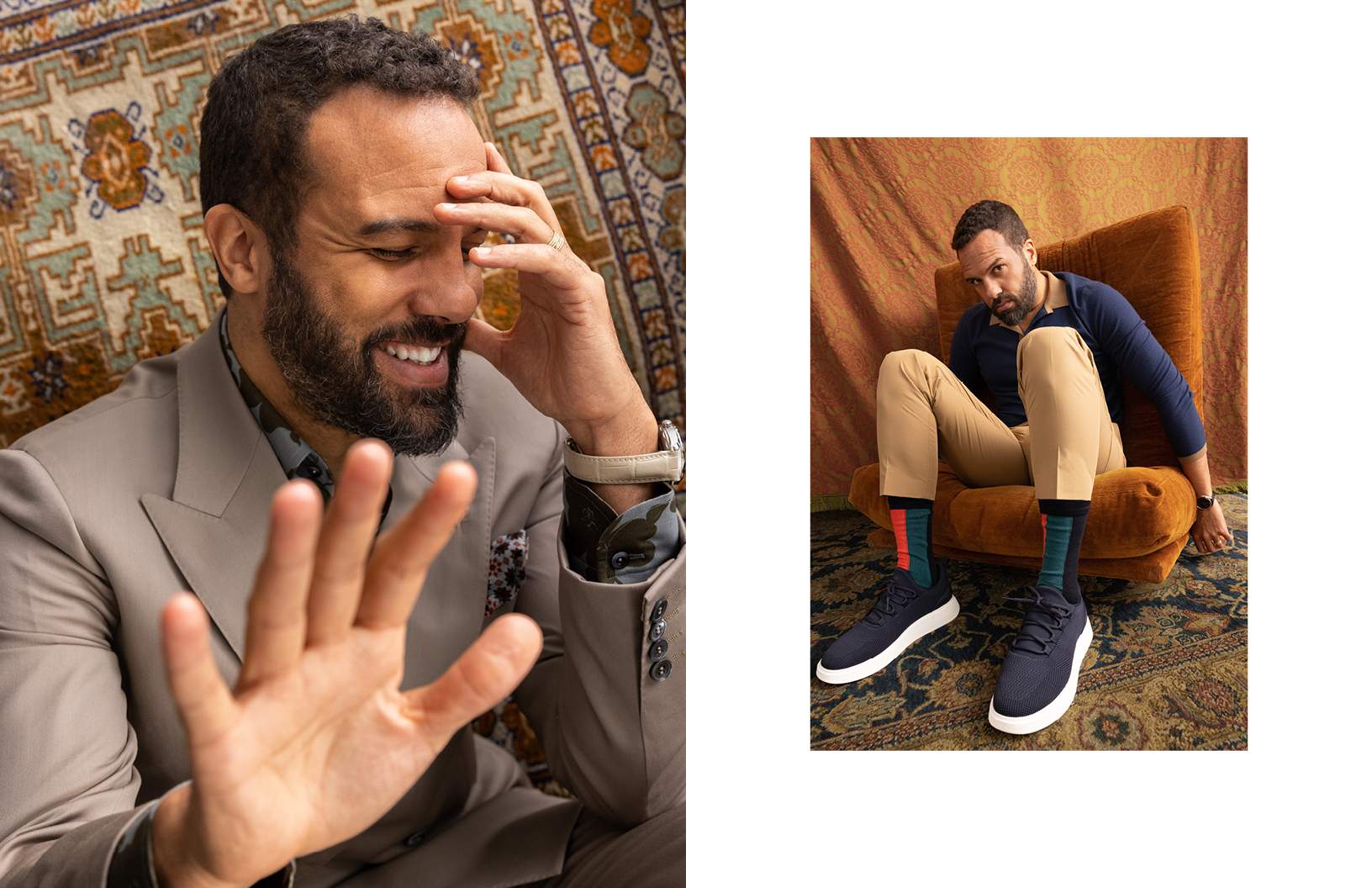 I want to move on to The First Lady. I heard that you read Obama’s books, or at least a few of them, to prepare for the role. What about his story, coming as a non-American, stuck with you as something that was representative of a more universal experience, something that you could relate to?

I can imagine, when trying to portray a real person, there are many specific bits of their character that you want to grab onto. Is there anything specifically that you struggled with grabbing onto about Obama, whether it was a voice, a specific mannerism or anything like that?

Everything was crushingly hard. There was no part of it which was easy. And it was a many month process of slowly chipping away at the marble to try and reveal something about the man that is both authentic and original for people to see.

What does getting ready to be a president on TV looks like? Do you have any like hype songs or exercises you do to get you in the Obama spirit?

I did. You know, he does releases of songs he likes and books and stuff. I do wonder if that’s the music he really listens to…But he had a great podcast, which was released around the same time and so I listened to that a lot, both because I thought it was fascinating, but also just to hear his voice. 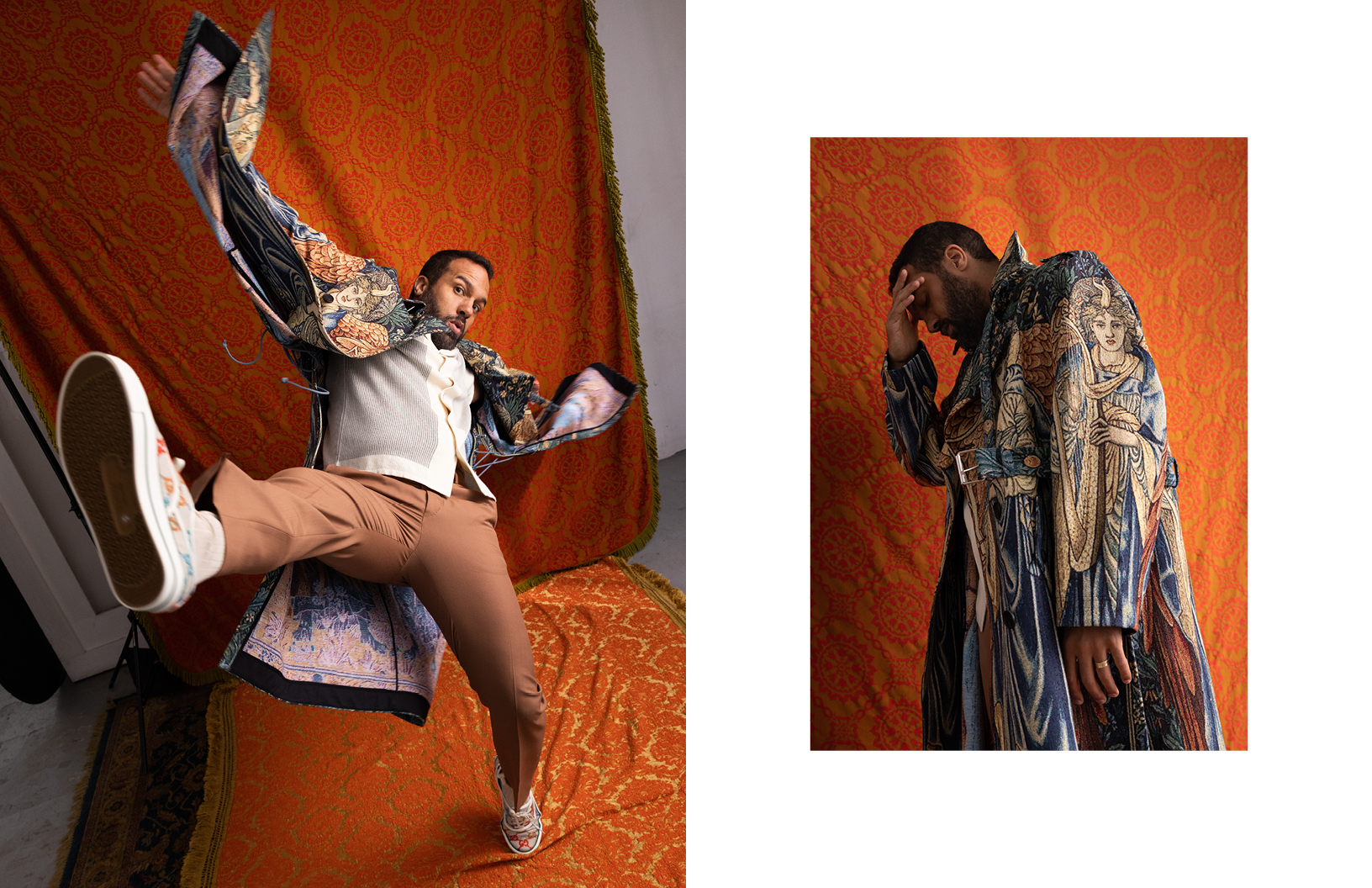 I want to turn now very quickly to WeCrashed. I read that you were drawn to the role because you thought you could take it in like a certain direction, and once you talked with Apple and they were cool with that, you were excited to do that. What do you think you took away from the process of making that series and building the character from your own perspective?

I think every time I do a project, I’m definitely doing my take on the character. It’s just sometimes there can be quite a range in the way a character is expressed, and I’m very thankful to be in a place now where I don’t audition so much; things are offered to me. And that’s great, because auditioning can be a really heartbreaking experience. But the disadvantage is that, there can be assumptions about what the other person wants, and I think it’s really important when collaborating with people that you have aligned expectations. And so I go through the process every time of making a character my own and trying to do my own inspiration for a character. I think in this instance, I just wanted to make sure that we could be aligned, that if I explored the character in a certain direction, that they’d be happy with that.

I admit this is not a smooth transition, but we’re going to pretend it is. The Handmaid’s Tale season five is currently in production, right?

You’ve been with Luke for five seasons now. What keeps you interested in playing a character like Luke?

The number one reason is that the writers keep on coming up with interesting things for him to do and different places for him. You know, as a writer, you always want to put your characters in the situations which challenge their weaknesses, challenges whatever that fundamental problem is within them. It puts them in situations where they have to face that and they have to evolve or be crushed, and [the writers] constantly find novel ways of putting Luke in situations where he has to evolve or die. I think that can be said no more so than in this season. 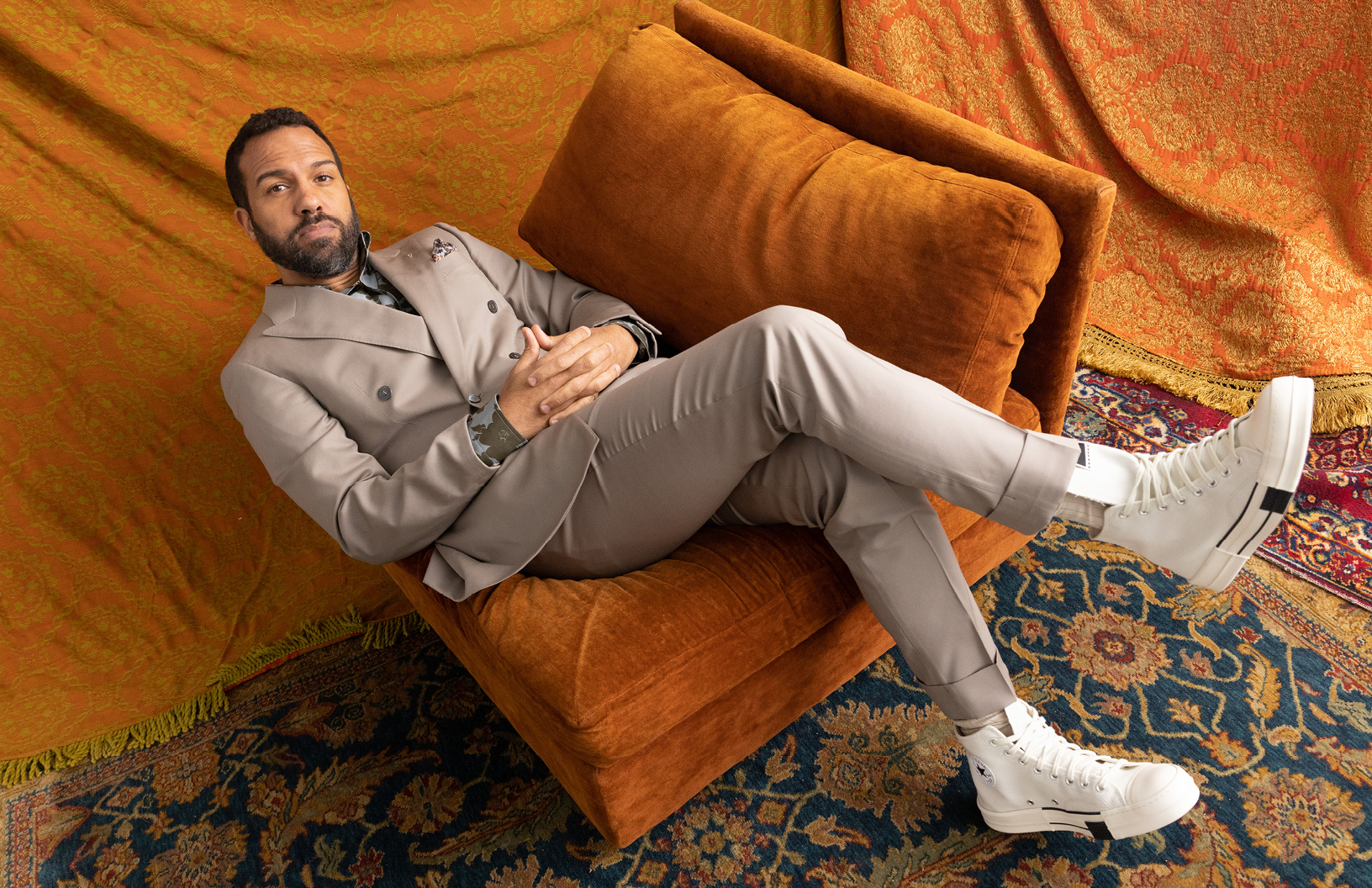 I know you can’t reveal too many specific plot points, but is there anything that you’re excited for audiences to explore more of about Luke’s character in this season?

I think being around June who is such a strong person, such a proactive person — I think we see this season what having someone like that around you does for your own sense of action. I hope that’s not too obscure.

Is that a conscious effort, or do you just keep happily ending up there?

I think it’s more of the latter. It’s just by chance and it’s such a great privilege. In the last few years I’ve got to work with Scarlet and Lizzy and Viola and Ann; it’s been a wonder and I’ve learned so much from those artists. I’m very grateful.

You brought up Scarlet from your experience on Black Widow. That must have been a wild experience; I can’t even imagine entering the behemoth that is our American superhero franchise. How was that?

You know, in some ways a bit like doing Obama. At some point, you have to turn up and you have a scene to do, and you have to figure out a way to navigate the dynamics of these two characters and the conflict which is inherent in the drama, and you just get lost in that. All the fanfare, the Comic-Cons of it all, kind of fade — that’s not what we’re there, for in a way, revelling in the hugeness of the franchise. You know, it actually becomes quite granular on a day to day. We have to get through this scene, we have to get through this half of the scene. And that’s really exciting to me. That’s what I love. 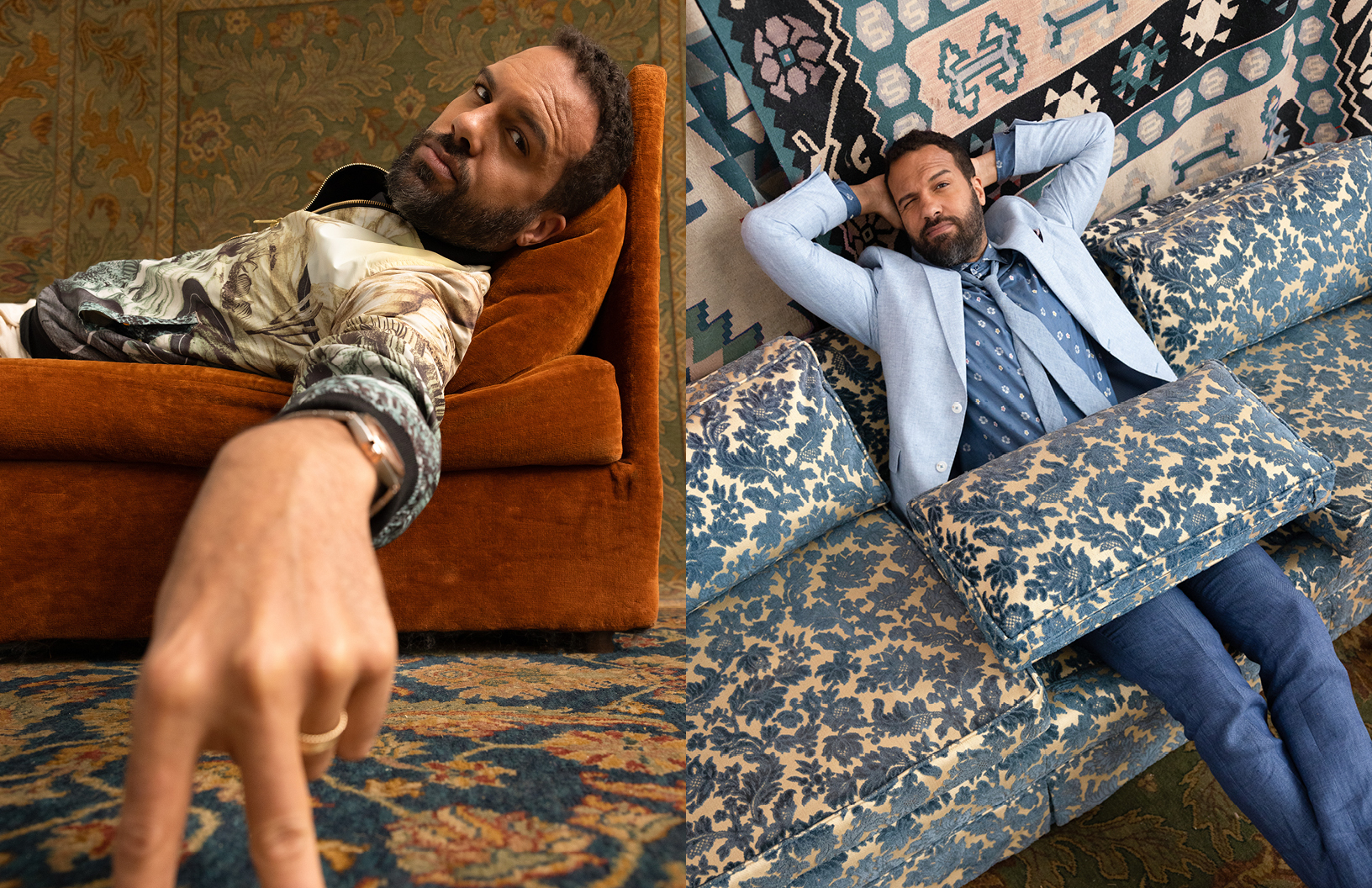 I know in that time when you make it you’re caught up in the small details of it, but did you have a moment where you realised the breadth of what you had entered?

I mean, definitely Comic-Con was an eye opener and I’d never experienced anything like that before. But what was weird to some extent is we didn’t really — you know, we were one of the first big films after the pandemic, and so we didn’t really do the whole premiere thing. I’ve been told when Marvel does their premieres, it’s kind of a whole other level of things.

I know you’re also a musician, so I have a million musical questions — namely, what have you been listening to these days?

Oh, that’s a really interesting question. I’ve just been listening to like a weird eclectic mix. Let’s see what I’ve got on my 2022 playlist so far— I’ve got a song called U Say by GoldLink featuring Tyler, The Creator, On Your Mind by Kaskade, some Afrobeat — Essence [by WizKid]… and Praise God by Kanye West. Those are some of the songs which I’ve been listening to today.

To close, what’s been inspiring you recently?

Honestly, my family is very often the greatest source of my inspiration. I have just lots of family members. My mom recently turned 70, and she is such an extraordinary figure who’s dedicated so much of her life to helping others and to generosity and supporting young people and fighting for indigenous rights… We had a big celebration for her, and we got to kind of look at the big picture of her life. It’s a real inspiration to me. 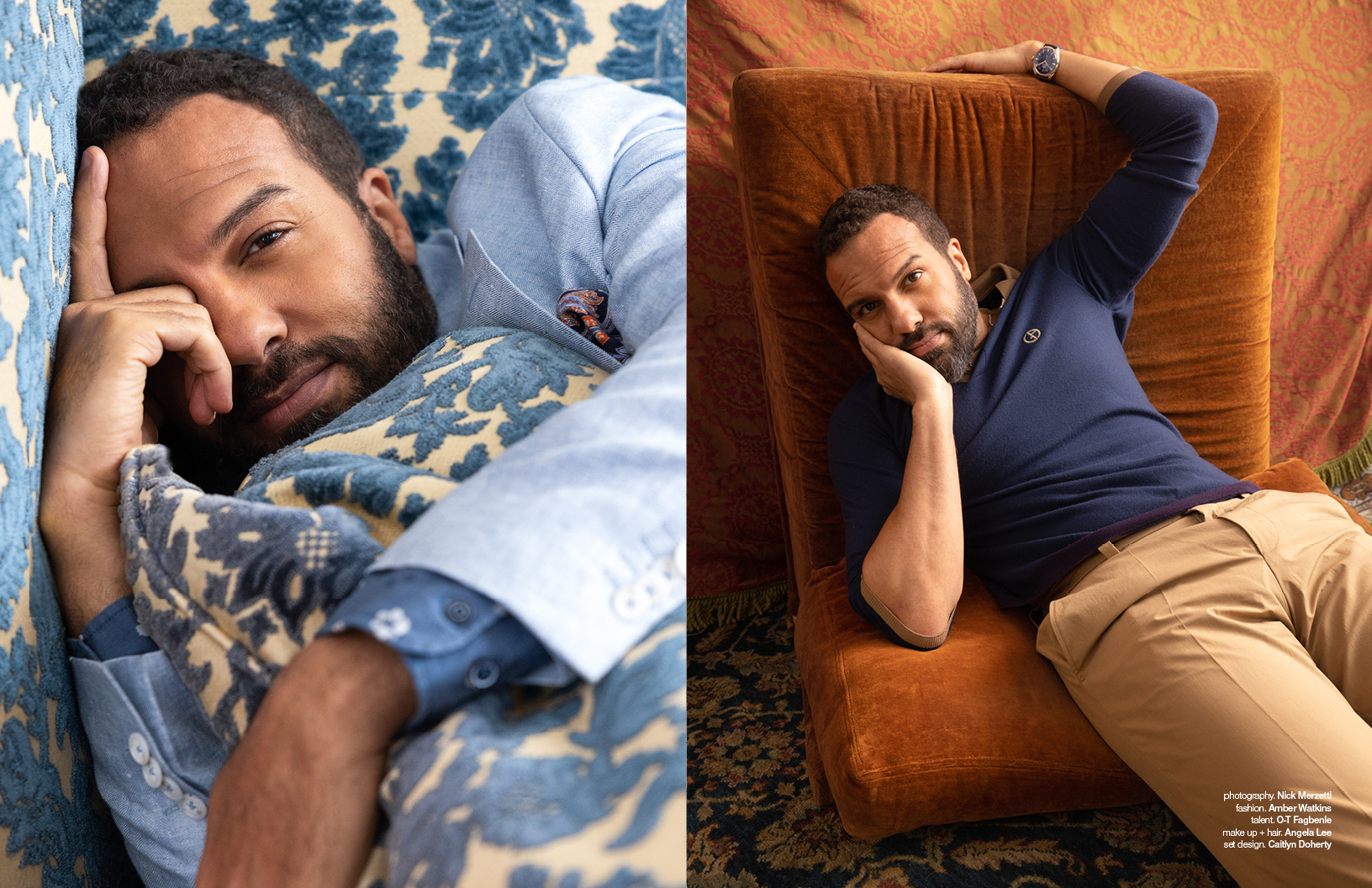 The First Lady is currently airing on Showtime.
WeCrashed is now streaming on Apple TV+.