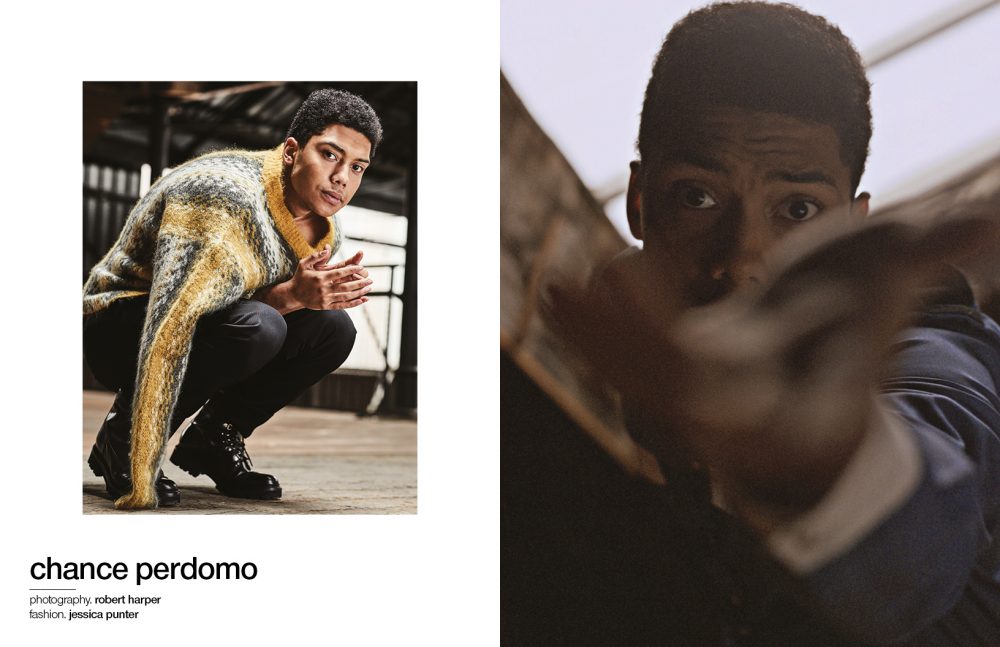 Born in Los Angeles but “raised and educated in England”, Chance Perdomo is as American as he is British, but his performance as the fan-favourite, silver-tongued English warlock Ambrose Spellman has jet-propelled him globally.

“I just call myself transatlantic. I’m a black child raised by a Latino mother in a white society with two nationalities,” Chance Perdomo joyfully proclaims. Over the phone, it’s immediately clear the actor is indeed “the nicest guy on the planet”— as his Chilling Adventures of Sabrina co-star, Tati Gabrielle, puts it.

Splitting his time between the US and the UK, Perdomo admits he “always wanted to be an actor”, and his infatuation with the craft has taken him far. At only 22, he has eight credits to his name — including his poignant portrayal of Jerome Rogers in the award-winning BBC production Killed by My Debt — but it was Netflix’s CAOS, his first ever American production, that expanded his horizons globally, something he aptly deems “mind-blowing”. Though he’d initially auditioned for the role of Jughead in CAOS’ sister series Riverdale, it’s hard to picture anyone other than Perdomo portraying the puckish, pansexual cousin of Sabrina Spellman.

Presented in the ‘70s Sabrina the Teenage Witch comics as a Ringo Starr-sounding, middle-aged, moustachioed white man, Perdomo’s rendition of Ambrose is a positive 180-degree turn. As the first TV portrayal of the character, the actor envisioned the warlock as the bastardised magical love-child of Jack Sparrow, David Bowie and Jimi Hendrix “with a bit of mischievousness from Marvel’s Loki” — something he attributes largely to watching Pirates of the Caribbean when auditioning. “Johnny Depp’s mannerisms and flamboyance seemed rather Ambrose-y,” he admits of the inspiration behind his silk-bathrobe-wearing character.

An Oxford alumnus and poet extraordinaire with a penchant for showmanship, Ambrose trained Houdini, painted with the Surrealists and conspired to blow up the Vatican with Aleister Crowley — an act he was convicted of by the Church of Night and that saw him impounded in the Spellman Mortuary for more than 75 years.

But this impressive background is largely overlooked in the series. He’s merely a raconteur. Still, his race and sexuality are not mere tokenism. “In this series, you’re dropped into the world as is. The audience isn’t pandered to. They let you know [his background] before the series begins, not so it can take a back seat, but so that you don’t have to embellish it with any preconceived notions,” Perdomo explains, admitting that doing so is “a real fine balancing act”.

In the series’ first part, cousin Ambrose served as a confidant and partner-in-crime (and the occasional comic relief) for Sabrina, but Perdomo teases sizeable changes for the necromancer in the future. “Ambrose’s past begins to haunt him, questions start rising to the surface… [about] what kind of man he wants to be in this new world,” the actor reveals. “To be able to know that, he has to come face to face with his past and it definitely gets into some dark places.”

Incidentally, Perdomo sees himself reflected in Ambrose’s upcoming existentialist conundrum: “I barely know my biological father, but he found out about CAOS and got in contact. That stirred up a whole bunch of questions. Similarly, Ambrose is looking to become his own man and model himself out of some different father figures. The questions that have plagued Ambrose are an extension of nature. I definitely would say some of [my personal experience] was used for the character.” 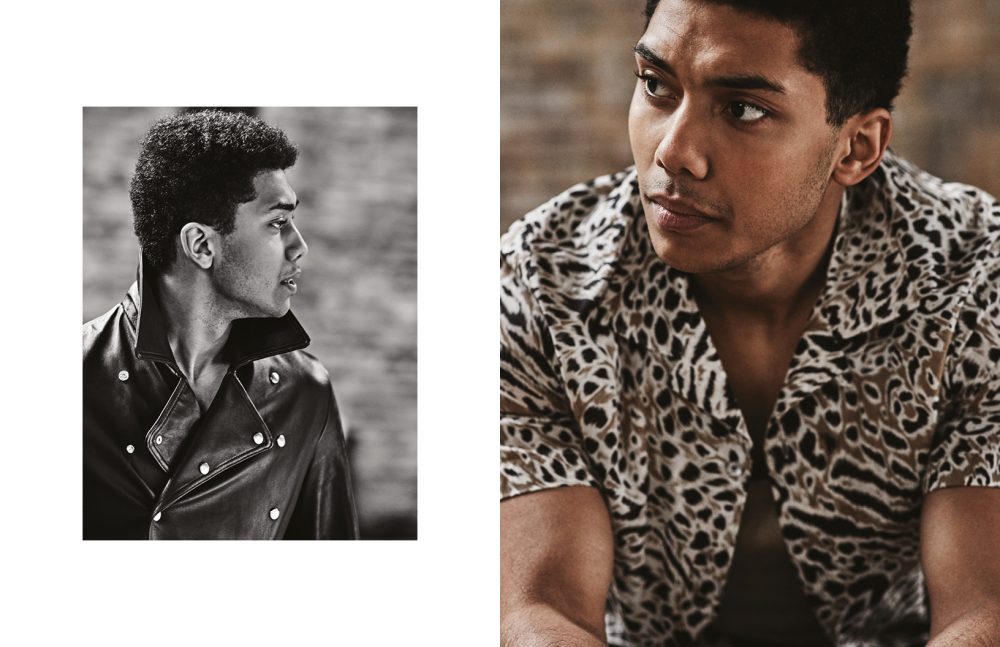 Part two of ‘Chilling Adventures of Sabrina’ is currently streaming on Netflix.