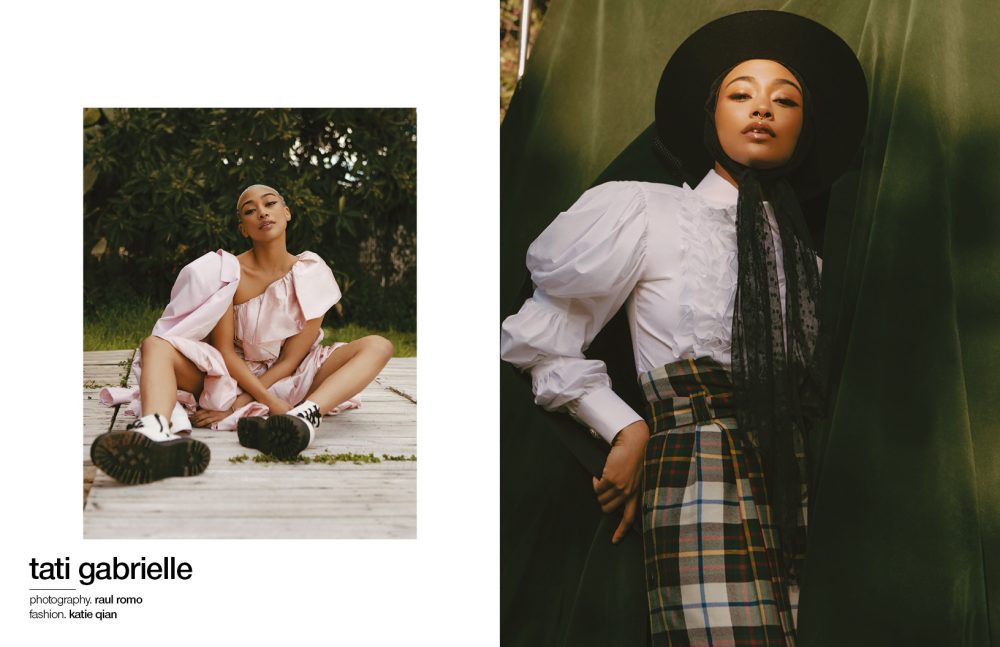 Tati Gabrielle is ‘that’ witch, on and off screen. Whether in a post-apocalyptic, dystopian setting or showing off her bewitching magical prowess, you’re bound to fall under this actor’s spells.

Born in the San Francisco Bay Area to an African American father and a Korean mother, 23-year-old Tatiana Gabrielle Hobson (best known as Tati Gabrielle) was initially torn between becoming an actor or a criminal profiler. “When you’re studying a character, you’re basically studying the psychology of this person,” she explains. “You do the same thing when you’re a criminal profiler.”

At age nine, Gabrielle landed her first role as Lemony Snicket in a school rendition of A Series of Unfortunate Events, but it was at 18 that any career indecision began to dissipate. While studying at the aptly named Spelman College in Atlanta, she took the biggest leap of faith of her life: “I had gotten really depressed. I wanted to take some time off to think back and find something that fulfilled me, so I left school to go to L.A.” That’s when it all started, and the City of Angels has been treating her well ever since, with leading roles in The CW’s The 100 and Netflix’s Chilling Adventures of Sabrina — Roberto Aguirre-Sacasa’s sister series to the hit Riverdale. As the scene-stealing, sardonic Prudence Night, one third – and de facto leader – of the Weird Sisters, Gabrielle has been enchanting viewers globally.

At first glance, the actor is perhaps most recognisable for her badass blonde buzz cut, a hairstyle she’s been sporting since The 100’s fifth season — prompted by the series’ six-year jump — but that was entirely her choice. “Shaving my hair off felt liberating,” she reveals. “It boosted my confidence and self-esteem. There’s nothing for me to hide behind anymore. I have to appreciate the natural beauty I have.”

In fact, after rocking it in her CAOS audition, the hairstyle has now become a fixture in the series — though that’s pretty much the only thing actor and character have in common. From the first uttered word, it’s glaringly obvious that Gabrielle’s infectiously bubbly personality is a far cry from Prudence. In fact, Gabrielle admits she “is the character that I am least like”, which makes her natural performance in the role all the more admirable.

“People see Prudence as a bitch. The hardest part about portraying her was finding the reasoning behind that pent-up rage,” Gabrielle recalls. “I didn’t want to make her two-dimensional. I do believe that everyone has method to madness, that something has happened in their life that’s made them bitter and cold.”

In contrast, Gabrielle admits she feels “much closer to” Gaia, her character on The 100, for her peacemaking and faithful ways, but adds that the two characters represent her “spectrum”. Although Gaia is similar to her in real life and Prudence “the complete opposite”, at heart, they are two sides of the same coin: “They have a very strong spirit and are both headstrong women that never back down from their beliefs.” 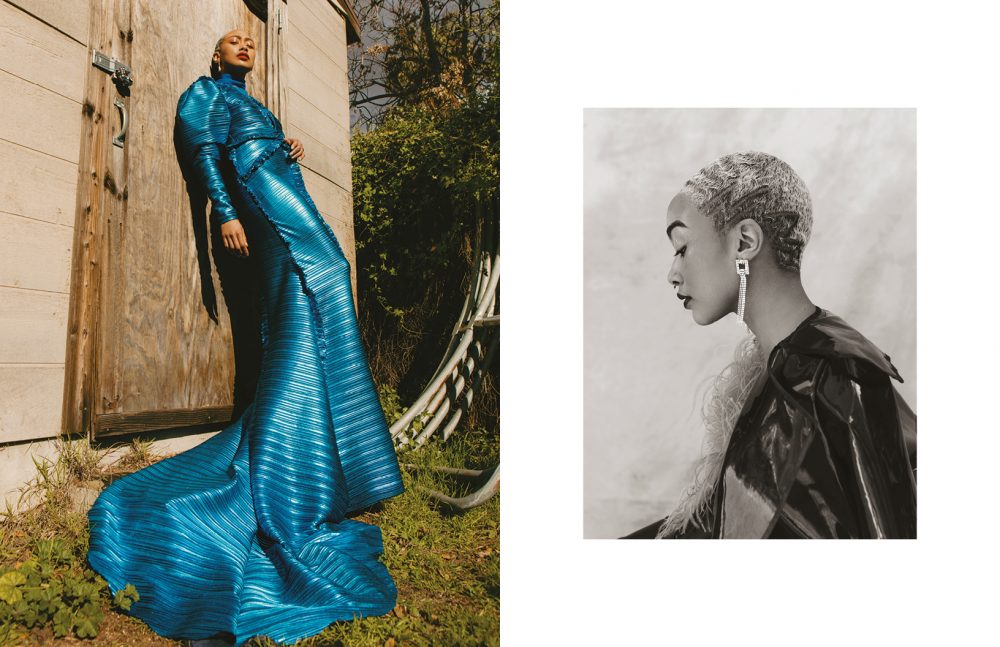 Part two of ‘Chilling Adventures of Sabrina‘ is currently streaming on Netflix.
‘The 100‘ will return to The CW for its sixth season on April 30, 2019.