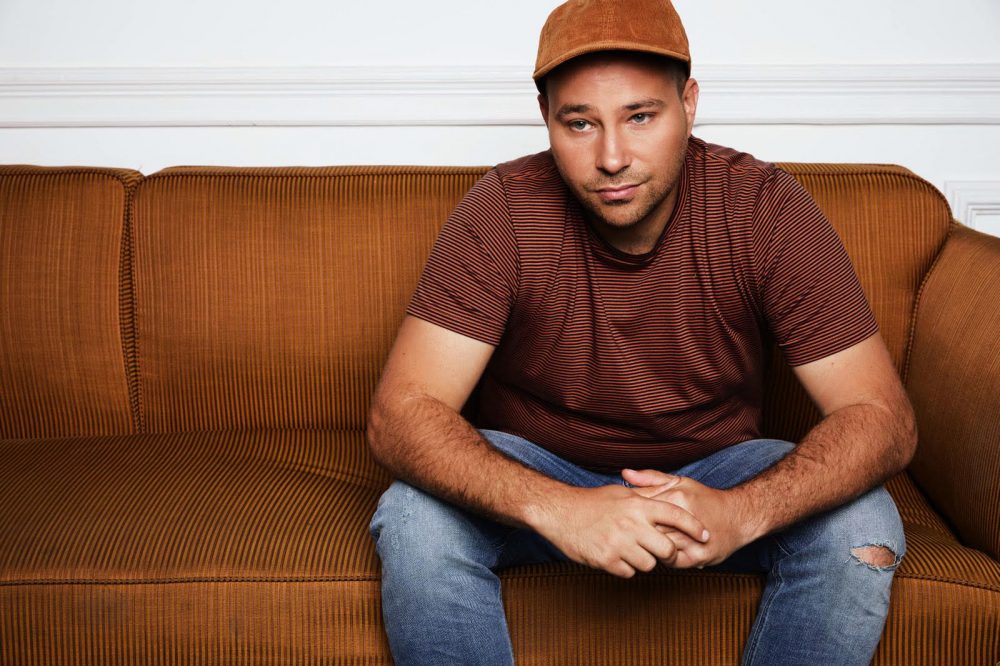 No stranger to the creative scene, RØMANS (real name Sam Roman) has been keeping busy these past 18 months. After being under the radar for a bit, the English multi-instrumentalist, singer, songwriter and producer made his comeback earlier this summer with the release of his latest single, the poetically charged Glitter & Gold. Part of his forthcoming project named PEOPLE, in the track RØMANS’ smooth vocals get seamlessly combined with suave textured instrumentals and electronic beats, faithful to his defined unique style. Focused on “telling other people’s stories and leaving mine for later,” PEOPLE will be an anthology of experiences made up of nine tracks (all accompanied by their own individual videos). As the release date approaches, we catch up with the refreshingly candid artist to discuss our generation’s noxious (and obnoxious) addiction to self-promotion, leaving London for L.A.’s creative scene and what we can expect from PEOPLE.

You are a singer but also a well-known songwriter. How important is it for you to write your own music?

It’s really important. I love writing for other people but I’m writing to their taste and for their audience’s taste. Writing for myself allows me to make the kind of music that I want to listen to.

You’ve been quiet for a bit. Why did you decide to make your return with Glitter & Gold?

I’ve spent 18 months focusing on creating the PEOPLE project. I don’t think I’ll ever stop making my own music. I actually finished the project at the beginning of 2018 and I’ve been working on the next album.

You signed to Jay-Z’s Roc Nation pretty early on in your career. Was getting signed something you always looked forward to or was it serendipitous?

I think any break is serendipitous. It wasn’t something I gave a second’s thought to as it just didn’t seem realistic at the time. The most important thing to me was that Jay had the foresight to realise that my project isn’t about writing a hit. I’m just not that type of person or artist. Jay-Z, Ty Ty and Jay Brown at Roc Nation gave me the vote of confidence to do just be myself so the decision to sign with them was easy.

How has it impacted your career?

Definitely for better. It’s a seal of approval at the very least. In music or any other industry where taste is concerned, people want to think that other people like something before they do. It alleviates the insecurity of going out on a limb and saying you fuck with something new.

You’ve been writing with the likes of Khalid, Ella Mai and Demi Lovato recently. How’s that process been like and what can we expect from you on that end?

I’m really looking forward to people hearing what we’ve been doing. I worked with Ella a while back, I remember emailing DJ Mustard the second he signed her, I always knew she’d do something big. Working with any major artist or any artist is a really cool process. All unique.

Are you looking into collaborating with other artists for your own music?

Definitely, but not just for the sake of it. That’s the problem I always have with rappers. I really want a rapper to be completely appropriate for the track, it can’t just be the new flavour of the month who’s jumping on everything. There’s a kid from L.A. called Kayo Genesis on the title track, People, and he really killed it. We had the opportunity to get a household name but it isn’t always about that.

You mention your forthcoming project, PEOPLE. What more can you tell us about it?

It’s nine completely different songs, each telling a story from a different character’s perspective. One of the biggest things I heard from successful artists, often on their third album is that they have run out of things to say, they’ve told every one of their stories. That’s why I want to start by telling other people’s stories and leaving mine for later.

How does PEOPLE pick up from your previous EPs Silence and Automatic, sonically, lyrically and otherwise?

I don’t really know, it’s not something I think about a lot. My style of making music is completely cathartic, I just make whatever I’m feeling that day. I could tell you it’s all part of a grand sonic plan but I’d be lying.

Your previous work has received critical acclaim. Do you pay attention to reviews or do you feel like they pressure you to live up to certain standards?

Not at all, they’re just opinions. I’m happy when people like my music and not bothered when they don’t. It’s all taste.

Glitter & Gold is said to be more melodic than your previous tracks. What inspired you to write and compose the song?

Really? Haha, I personally thought it was less melodic; I suppose you never know how other people will interpret it. I wrote it after all the other tracks were done. It was with these two Swedish guys called Vargas and Lagola. Sebastian Ingrosso introduced us so we got in the studio. I knew I wanted the song for me the second we started it.

You tackle topics such as perceived success and self-acceptance. Why did you decide to address these? How important is it for you to shed light on this social consciousness?

I think we live in an age where we advertise all our most insignificant achievements to everyone we know. We’re addicted to praise, addicted to self-promotion. I think it’s destructive and we will see the true effects it has on humanity when people who never knew a time before Instagram become adults.

Despite the powerful message, the video is really playful and featured Disney Channel alum Alyson Stoner whilst introducing noir elements. How did you come up with the idea?

The video is part of nine that we shot at the same time for all the songs. I love Alyson’s performance, she killed it. 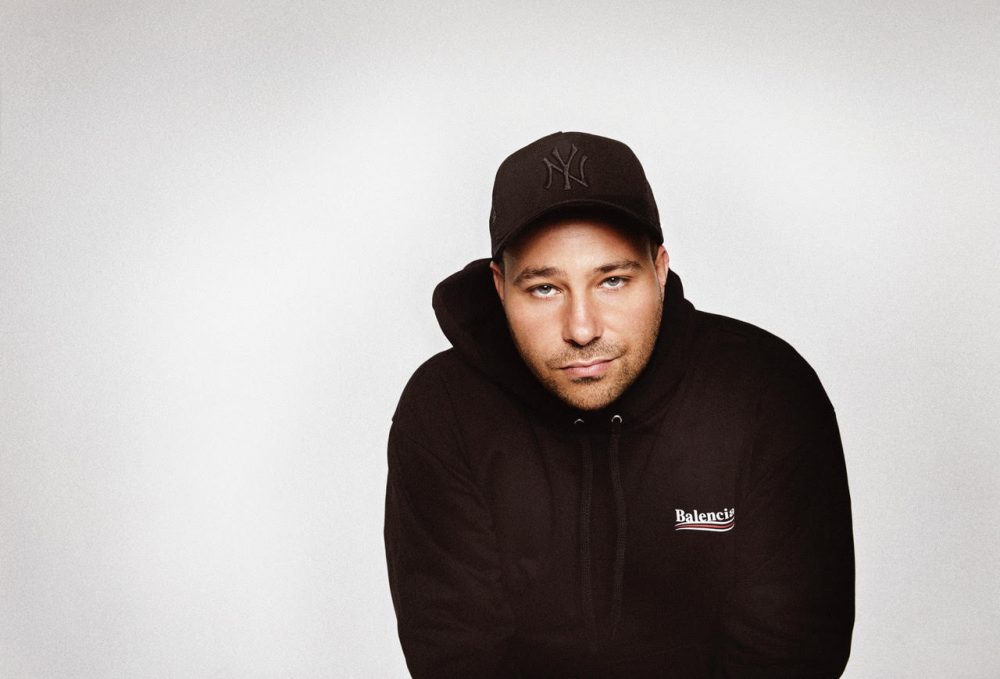 One of your first videos, The Agony and The Ecstasy, tackled the ups and downs of dealing with a family member having Alzheimer’s in a beautiful yet poetically sad manner. What did that project mean to you? Did you draw inspiration from your own personal experiences?

I did, it was something I was thinking about a lot at the time as both of my grandmothers were going through it. It’s a terrible disease that sadly most people have experienced in one way or another.

How important are visuals, and having creative control of them, for your body of work?

It’s really important to me that they reflect what I visualised when making the music. But I really am all about the music first.

You’re based in London but travel quite a bit. How does the city influence your creative process? Do you ever see yourself leaving London?

I’m writing this whilst packing my studio into small boxes as I’m moving to L.A. tomorrow! I love London and always will, but most of the industry is over there. As a writer and producer, at the moment you need to spend a lot of time there. Who knows what will happen in the next few years though, the artists could suddenly start moving back to NYC, they could be in London. I think it’s all cyclical.

If you had to, how would you describe your sound?

It’s so hard to do! I have no idea. Modern soul fused with hip-hop? No, that’s shit. I don’t know…

Last but not least, what’s next for you after PEOPLE?

Only my laptop and my manager know that atm but I promise it won’t be long.

‘PEOPLE’ is expected to release soon. To get an insight into the production and writing process behind the project, check out RØMANS‘ YouTube channel here.