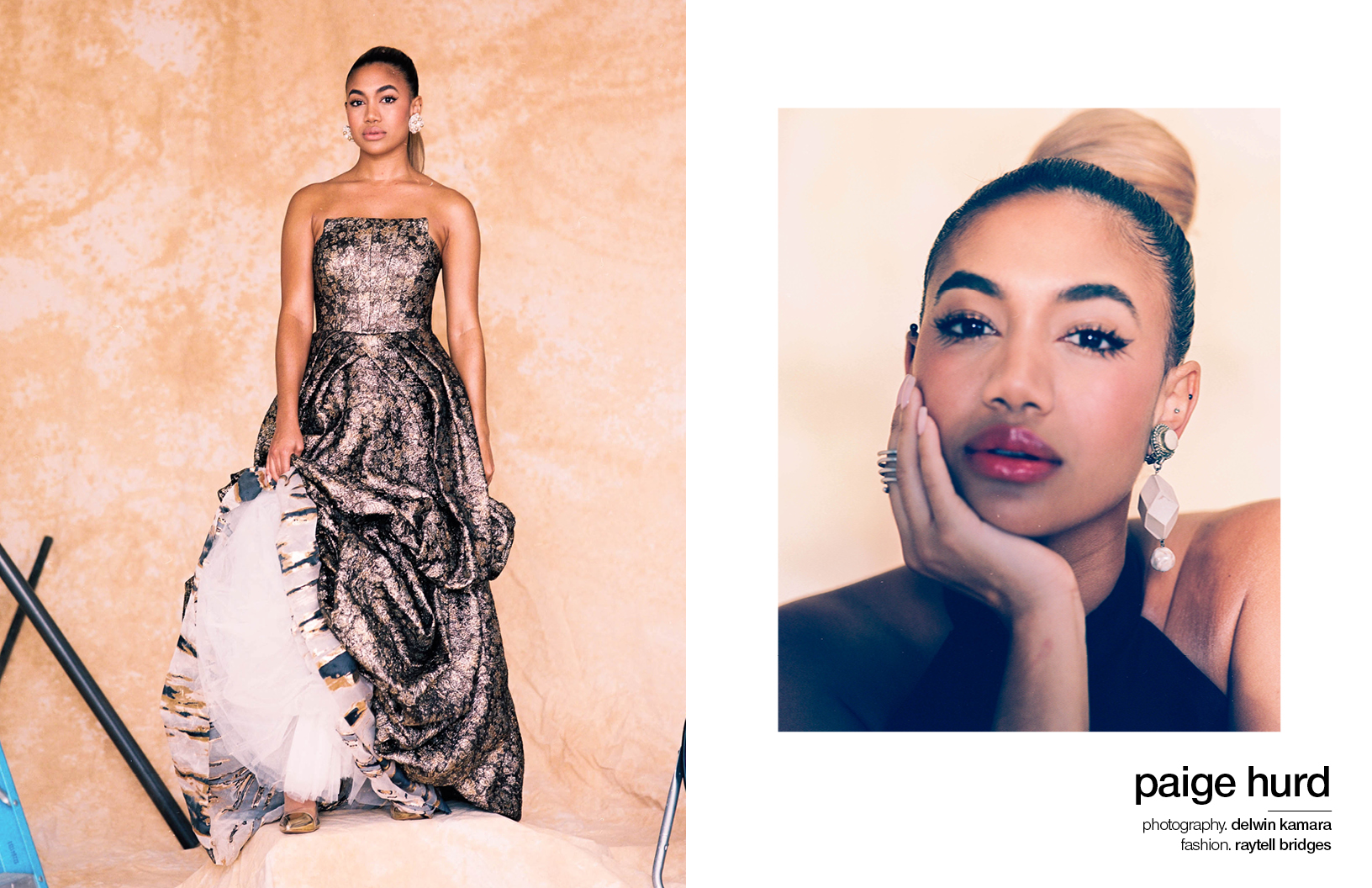 Whether getting to the heart of a character on screen or lending her voice to activism, Paige Hurd is making a name for herself. Along with her fellow castmates in the fan favourite, Power Book II: Ghost, Hurd is helping to show just how important it is for the traditional Hollywood representation narrative to be reframed. Her role as the President’s daughter on the popular soap drama, The Oval, has confirmed her own fears about the chaos currently playing out across the Trump administration. Away from the screen, Hurd is letting her voice be heard as a passionate advocate for young adults and children with disabilities.

Following on from the success of Power, featuring 50 Cent, Power Book II: Ghosts follows the story of Tariq as he strikes out on his own. Hurd plays the role of Lauren Baldwin, a dedicated student who has just started at Stansfield University where she meets Tariq. She enthuses, “I just wanted to be a part of the Power universe, no matter what. So when I was able to read my character breakdown I was super excited. Lauren and I don’t have much in common which is exactly why I love this role.” 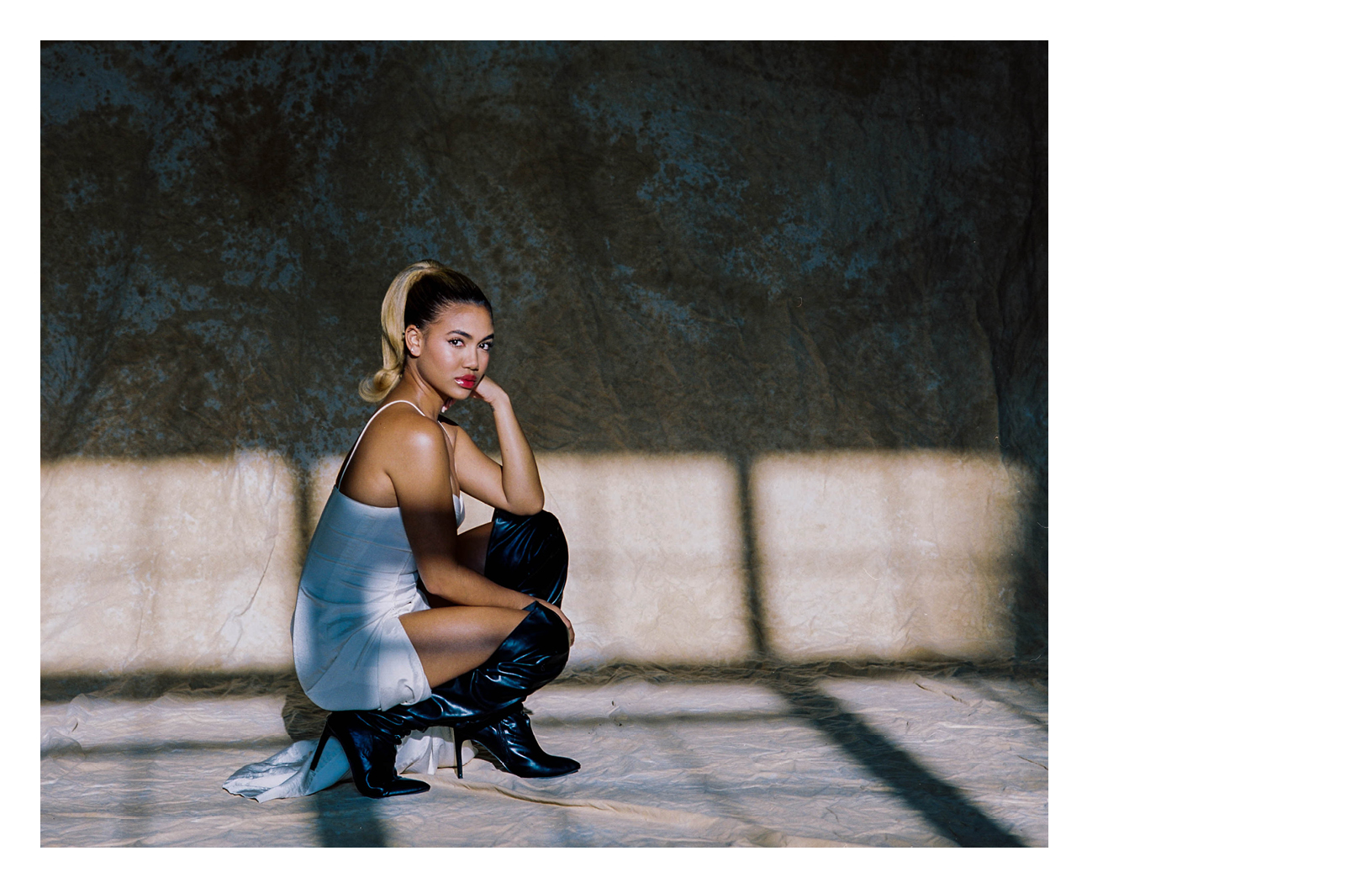 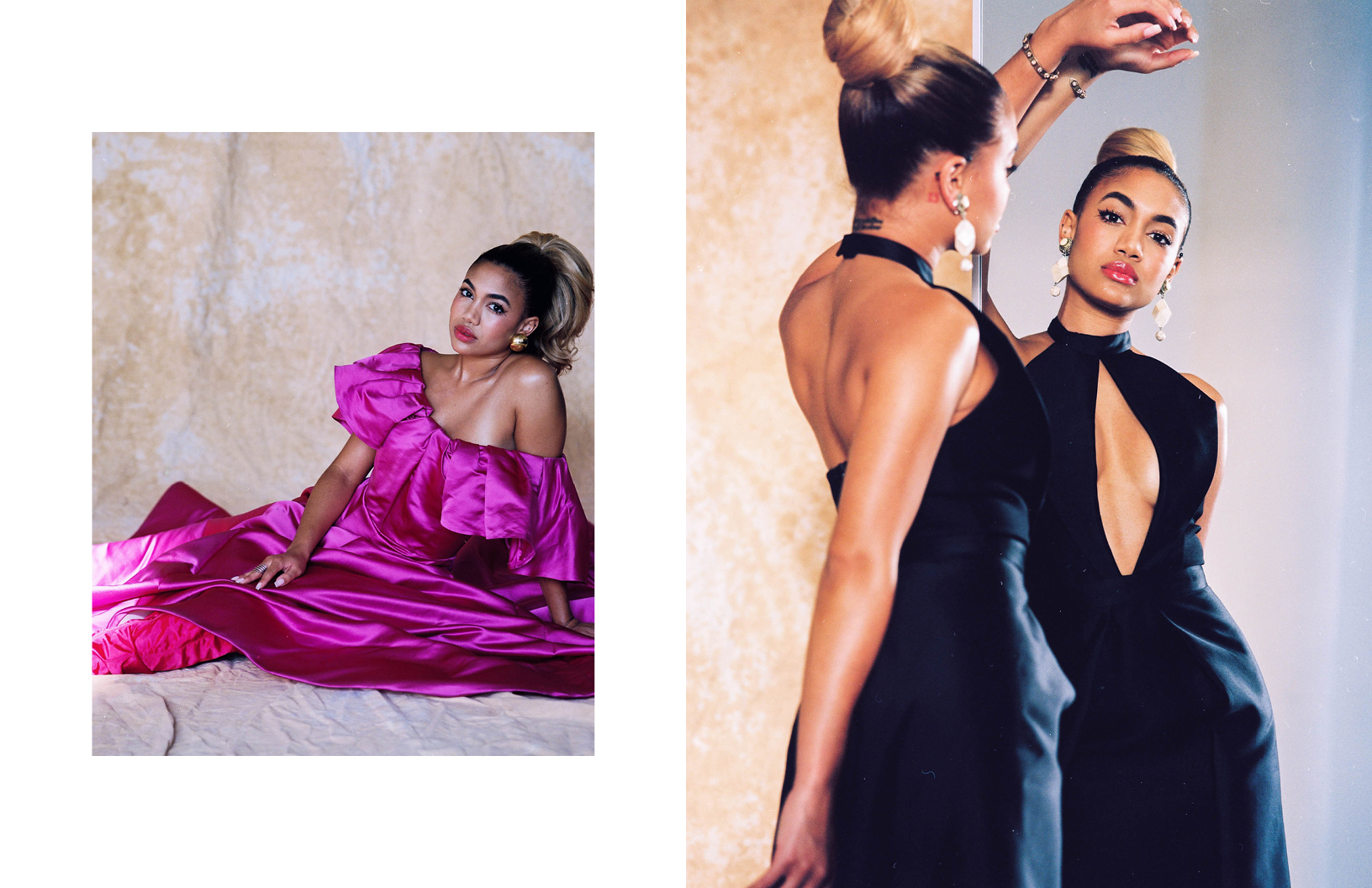 As an ardent Power fan herself, Hurd was all too aware of the high expectations from the show’s legions of fans. “I definitely didn’t want to let anyone down, the fans, our Vets, and especially our creator, Courtney Kemp. I think myself and the entire cast have truly dived in and been super focused on keeping up with the original Power series.” And while she hasn’t yet had the chance to work with Mary J. Blige, she couldn’t be happier at being able to work alongside the legendary Method Man who she gushes “has been such a professional and kind person!”

The Power franchise has won praise for its gritty and fast-paced portrayal of the New York underground crime scene. Joining the Power universe has been a surreal experience for Hurd. She muses, “I feel so grateful to have had the opportunity – I’m super excited to be a part of something so monumental.” Continuing to tell black stories from black creators has been vital for Hurd. “I think it’s so important that we have black artists leading shows and movies. I’m grateful to have the opportunity to be a part of such a huge franchise.”

But with the current presidential election and the ongoing battle with Covid-19, Hurd, like many, is struggling to stay positive. “As a young black woman, I feel a little disillusioned. We really need justice for black lives, and we need to protect our black women. This doesn’t feel like the America I was taught about growing up. We have a lot of work to do. We need to vote to have our voices truly heard.” 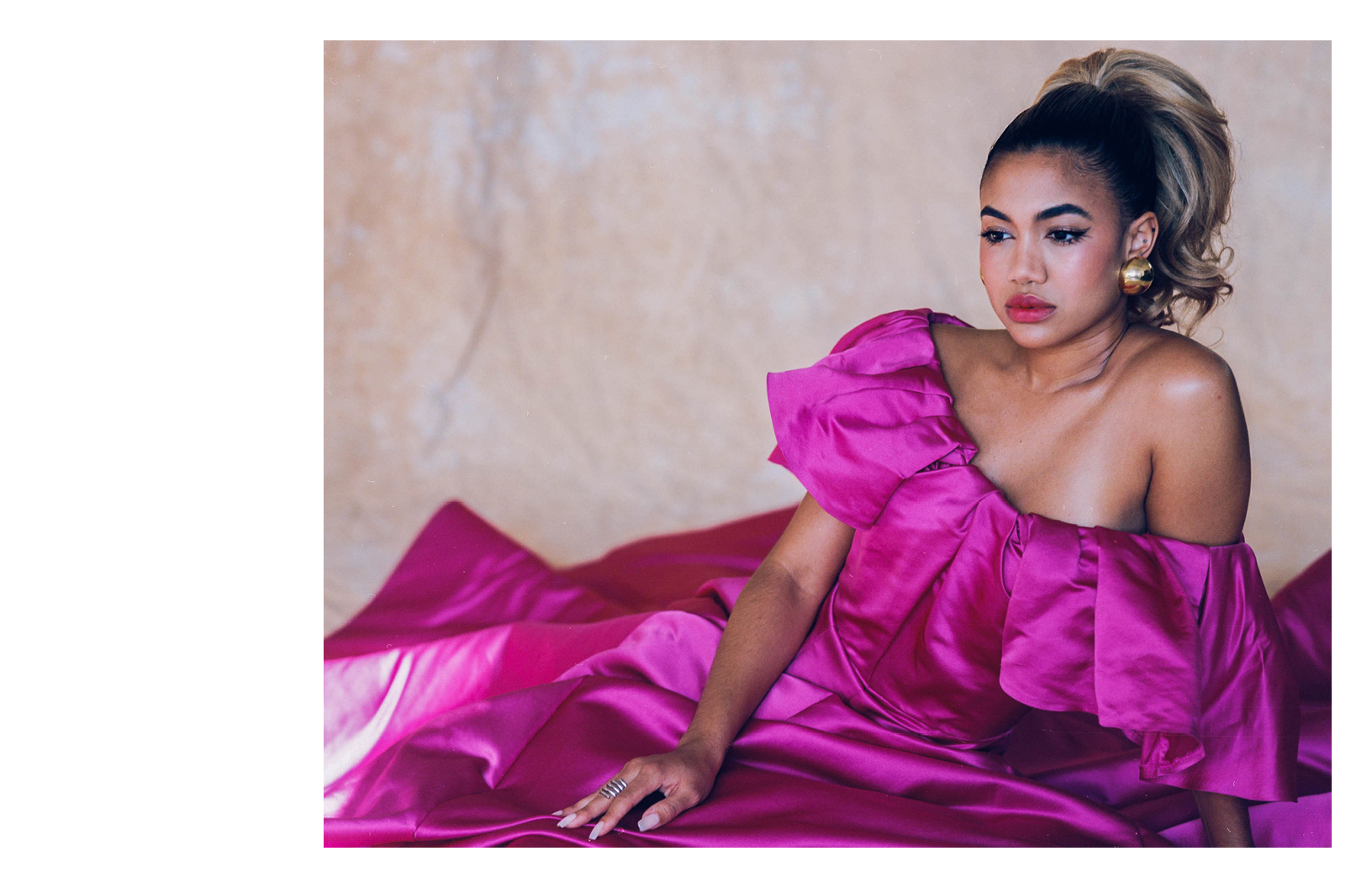 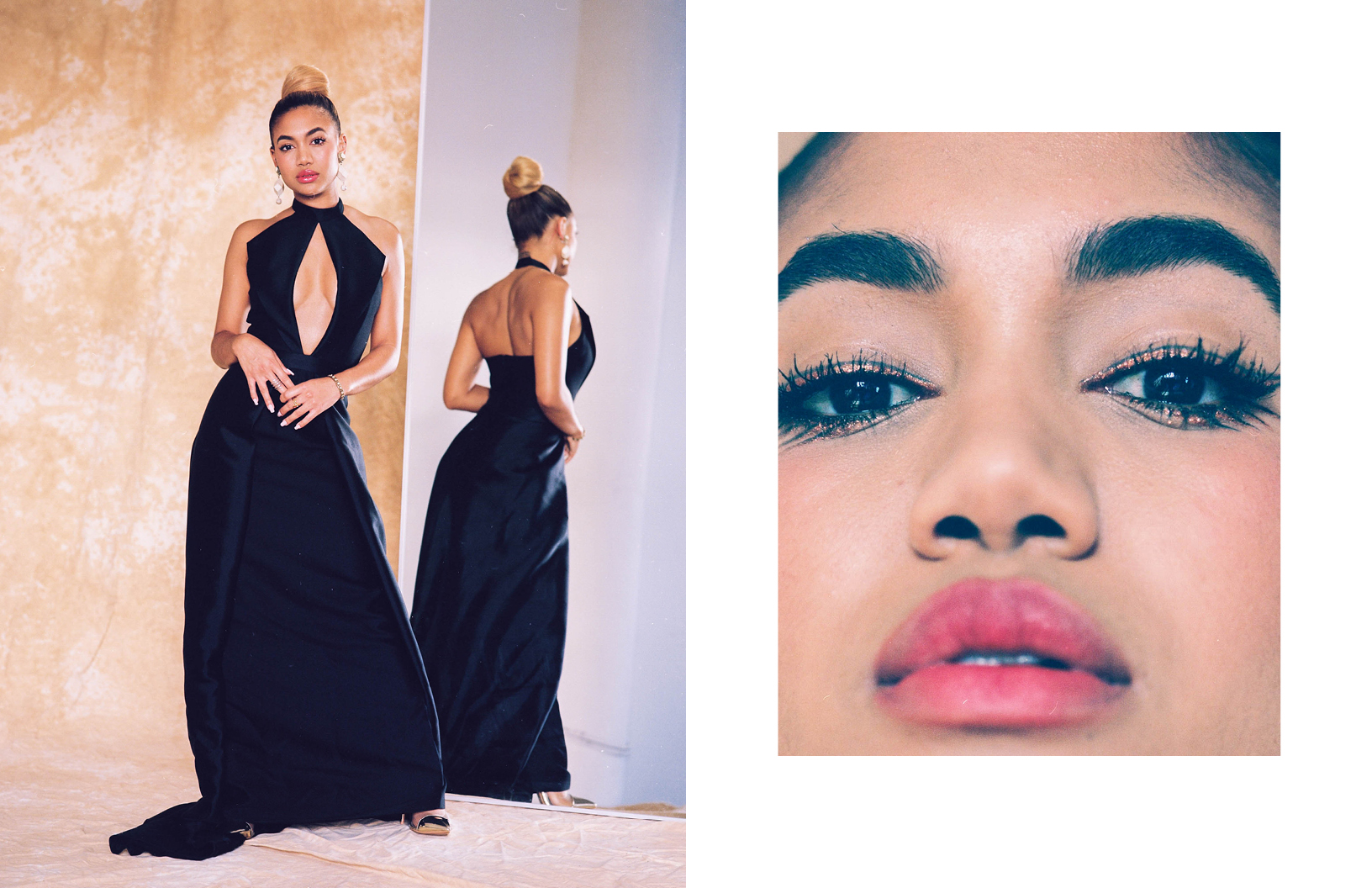 For Hurd, her faith has been her rock. “My faith is everything, and without it, I would not be where I am. My relationship with God is number one in my life. It has kept me patient and trusting in times when I wasn’t working and beyond grateful when I am.” Having started out in acting from a young age with roles in Everyone Hates Chris and even appearing as Justin Bieber’s love interest in the music video for Never Let You Go is her unshakeable faith and her strong family relationship that have kept her grounded over the years. She continues, “I really don’t know where I would be without my faith and my family. My mom, my siblings have truly kept me going. Their support means everything to me.”

Her family has also played a crucial role in her activism. Hurd has spoken passionately and candidly about disabilities, with her brother having Down’s syndrome. She insists, “I am aspiring to be a huge advocate for young adults and kids with disabilities. It’s very important to me because I believe that they deserve equal opportunities. I’m tired of the world being divided and especially tired of seeing individuals with special needs not getting the opportunities they deserve or being mistreated. I’ve had the passion since elementary, and once my younger brother Pierce was born it was even more important for me.”

With both The Oval and Power Book II: Ghost confirmed for a second series, Hurd can’t wait to be back on set. As her presence grows on-screen, so does her voice off-camera. 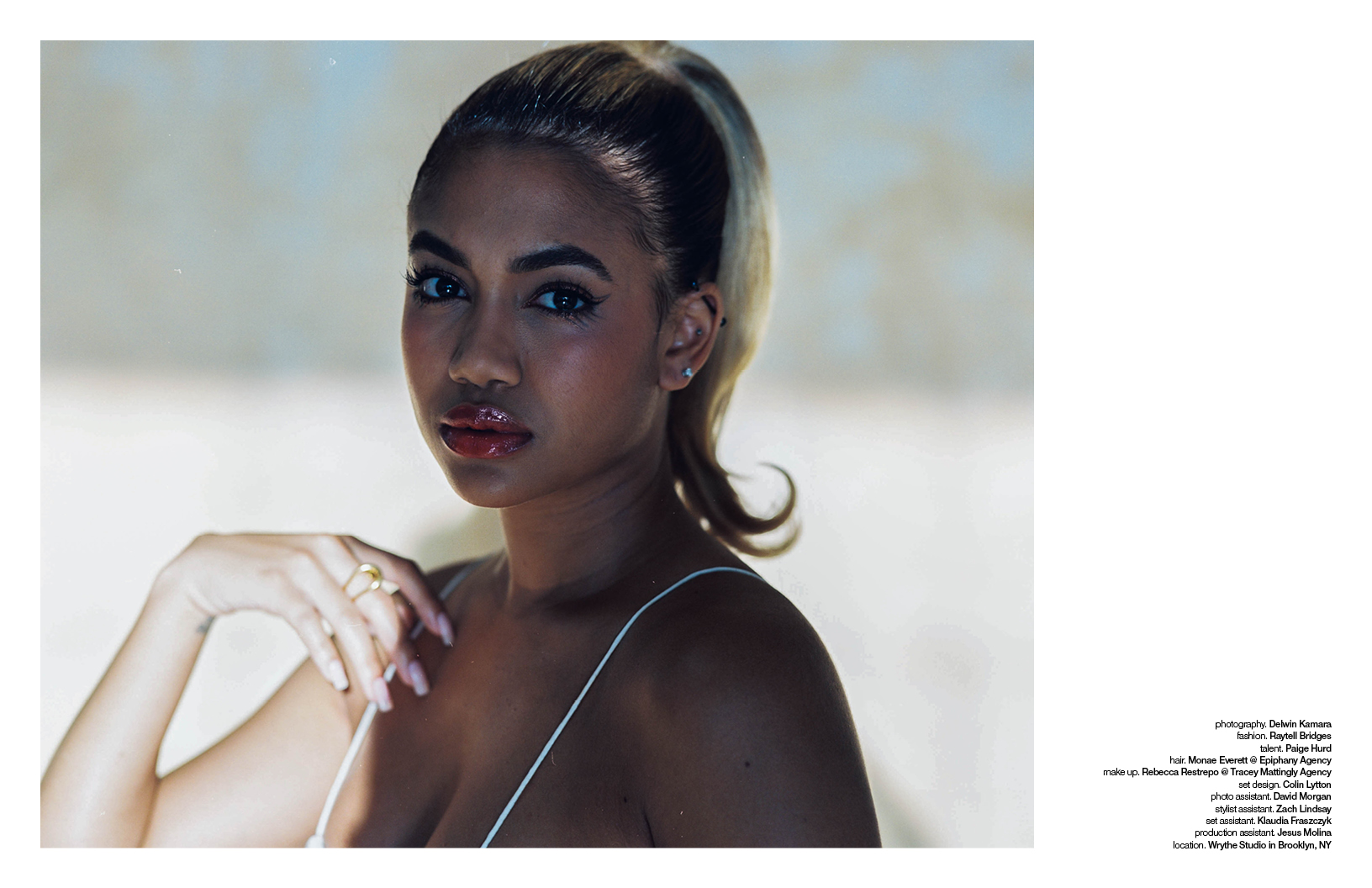