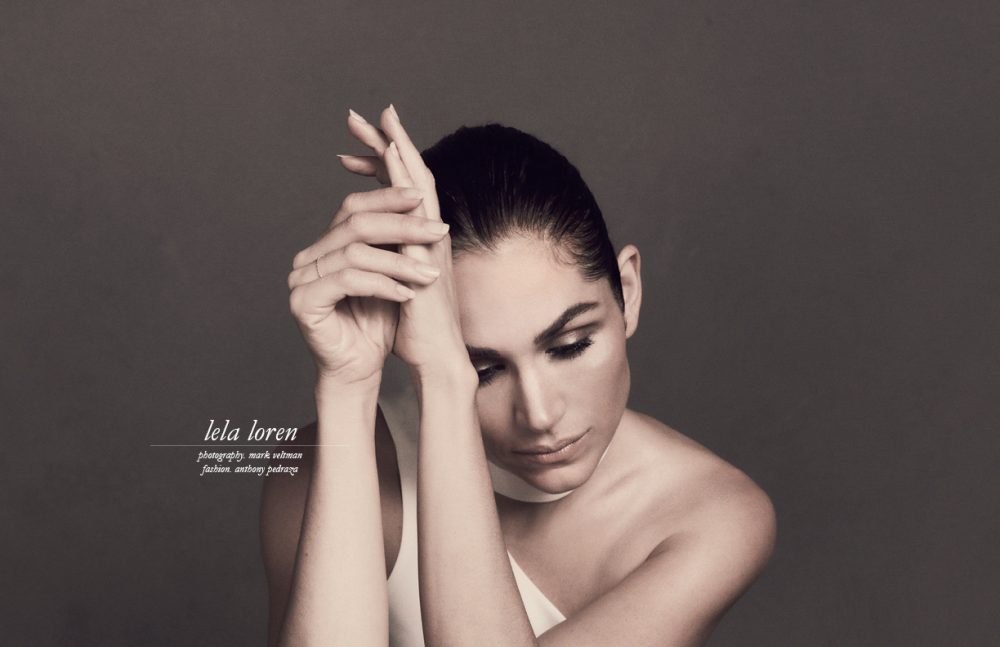 Lela Loren’s presence, both on and off stage, is commanding yet poised. One of Hollywood’s rising stars, she awed us with magnetic performances in popular series such as The Closer, Lost, The Mentalist, NCIS, and CSI – both NY and Miami. Loren, born in California of Mexican and American descent, stars as the Nuyorican prosecutor Angela Valdes in Power, Starz’s New York City-based crime drama, created by none other than 50 Cent and Emmy-nominated The Good Wife writer Courtney Kemp Agboh. Currently more than halfway through the fourth season, a fifth is already in the works, which she warns us “is a very intense one.”

Lela’s portrayal of Angie is a breath of fresh air for Latinx characters. Leaving the spicy sexpot, maid, and gangbanger stereotypes at the door, Angela Valdes’ stance is delivered with strength by the 37-year-old. The show, which premiered on June 2014, has been praised for its representation; being led almost entirely by POC characters and actors, in what represents a paramount yet unparalleled venture. “It’s important [to have shows like this] because we’re still in a place where we have to ask [about representation], which means that there is a dearth of programming,” Lela asserts. “As human beings, we need stories that reflect us back. To be a huge part of the world and be left out of storytelling is a disservice to us as people, as humanity. To have storytelling written for and played by people of colour is a vital necessity.”

And rightfully so. According to the annual Hollywood diversity report, which examines the top 100 films of 2016 based on U.S. box office success, only 3.1 percent of speaking characters were Latinx. Set to defy the statistics, Power displays the diverse diaspora of Latin communities, and it seems to have found the perfect formula for success. Each season, the series has continued to establish several all-time high performances for Starz. Such is its success that it’s now the most watched show on the cable platform. 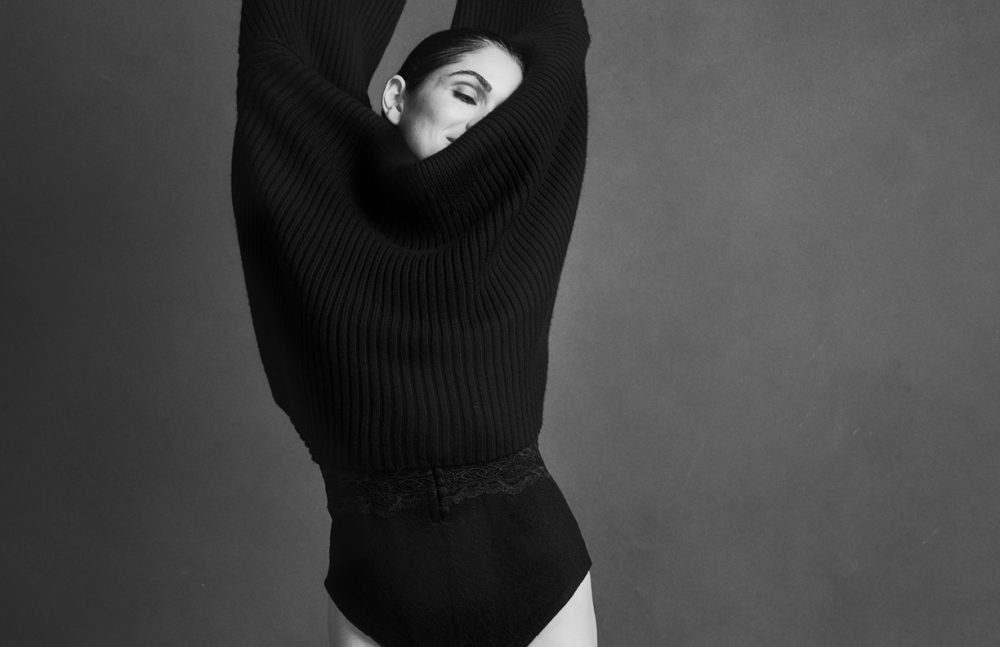 But the dazzling numbers have not gone to Lela’s head. “I have this feeling that it’s something that I’d be able to feel later,” she explains. “When you are in it, you don’t know what to do with that information. It is when you look back, then you can feel it. Right now, I don’t even know how to take it in. It’s the same thing that happens if I see myself on a billboard, it’s weird… I don’t know what to do with that but I’m grateful, in capital letters.”

She admits she’s nothing like her character, she concedes that there are “aspects [of Angela] that are aspirational as well as aspects of her that are really cautionary.” Angela’s character is defined by an exceptional duality: ballsy and intellectual. “Angela [presents] a paradox that I find true in life which is [that] the ballsier and tougher a person is on the outside, the more vulnerable they are inside”, Loren explains. “Usually, the most sensitive people are the ones that have to be the toughest because there’s no one there to really protect that soft heart. At the core of Angela is her soft heart. Her hardness is all out of survival and her taking those walls down to show her soft heart is a risk that she will take.”

If her character portrayal is any testament to Lela’s own beliefs, it comes as no surprise that what first attracted her to the role was precisely her intelligence. “Women get to be incredibly bright and brilliant and that’s part of being human,” she says. “It’s about time that a character gets to be that intelligent. Although you do also see big blind spots where she misses things entirely, particularly in the area of love. That kind of a mess of a person is interesting to me.” 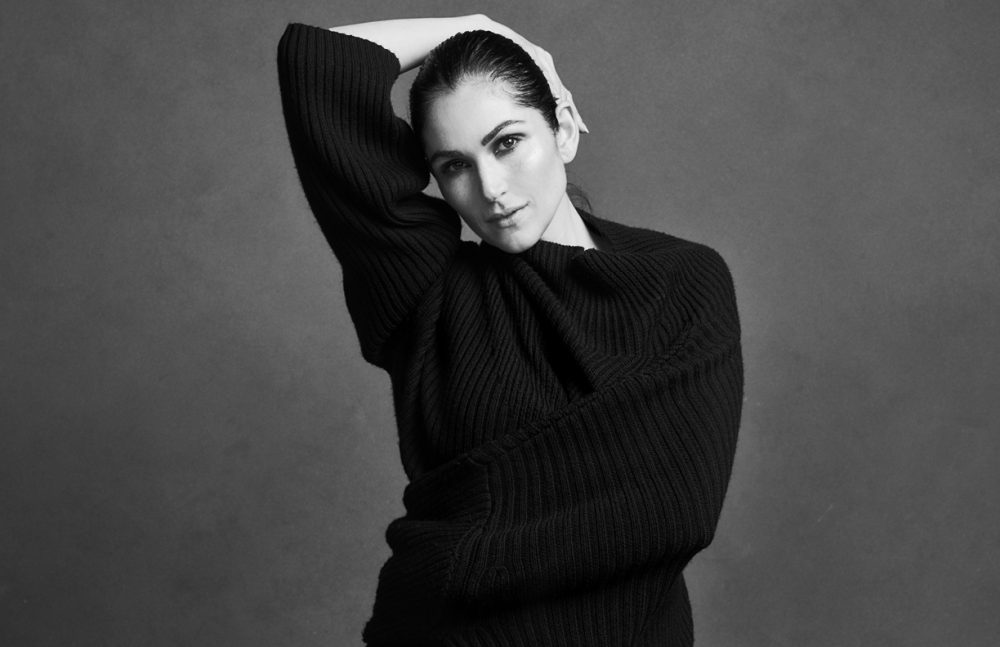 But, despite being polar opposites, Lela herself gets lots of flack from the show’s fans. Perhaps from people that don’t know where to draw the line between real life and fiction. “But I think they know where to draw the line,” Lela boldly affirms. “I think it’s an indulgence that they like to scratch because they can hide behind the anonymity that social media provides you with. It’s the same thing as when you know you’re not supposed to eat that second or third donut, but you do it anyway. People know, I’m not going to give them a pass like that.” And, although any resemblance to reality is pure coincidence, her performance is seamlessly effortless. “You see bits of me in the beginning. In season 1, when she’s at home not wearing any makeup, eating like a boy and kind of messy… That was more me and then they stopped writing things like that,” she jokes.

Even more impressive than Lela’s performance – or resume for that matter – is making it in Hollywood with an unassuming attitude. It was her diligent ambition that got her where she is today. Before getting the role of Angela, Loren had $86 in her account and was on the verge of having to move in back with her parents. When she found herself in that situation, California Unemployment decided to redo their processing system and weren’t helping people with unemployment requests. “The show that I was doing right before Power was Gang Related,” she recalls.” Immediately before I’d gotten sick and couldn’t work – I couldn’t get a second job waitressing. I just watched my bank account go to zero. I asked for help from my family for one month and then the next month I was back in the same situation. That’s when I landed both roles.” 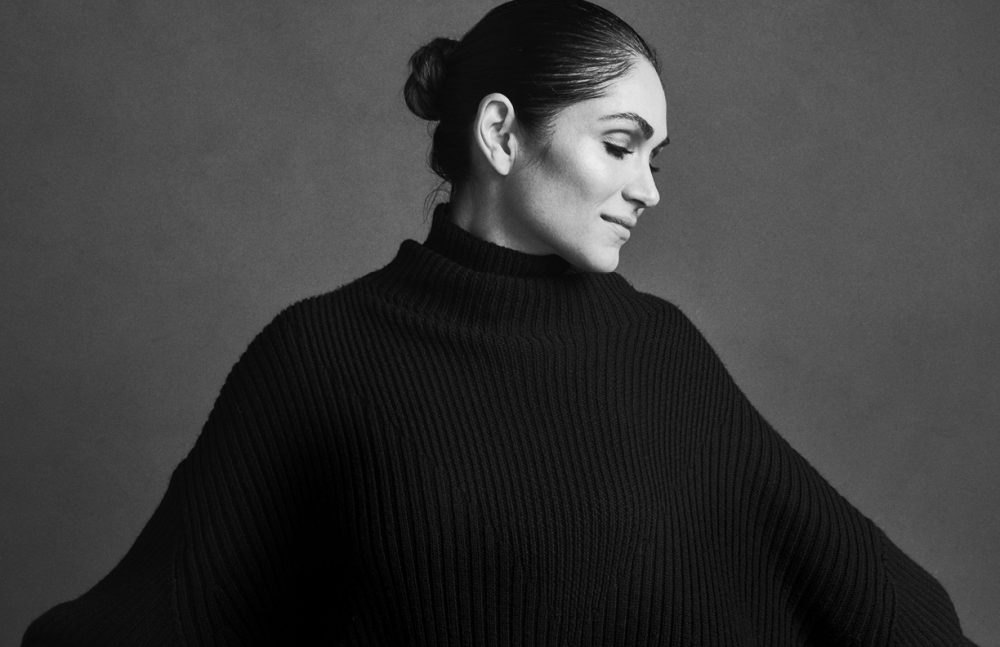 “I got lucky, it could have easily gone in the other direction and then I would have had to move in with my parents and take my life in a different direction,” she says. “To push through or not to push through, in some way, that will get decided for you. [If acting] is something that you really love, you have to divorce yourself from society’s expectations and ideas around success because you may never see it or you might make it over the hump and have a career. None of us are really in control of it. My advice is to really understand whether you are in love with it for the process or for the idea of fame”.

But in spite of her success, Loren thinks it is very precarious to put celebrities, especially actors, in the position of role models — fully knowledgeable that glamorising the idea of being an actor is harmful to young kids. “Our service is to the character. If you look at the characters on Power, none of them should be looked up to,” she explains. “Making celebrities role models means that we are missing real leaders in our culture. We should have authors, poets, real politicians that are in service of their civic duty. Role models are people like Mahatma Gandhi, Maya Angelou, or Jane Goodall – people who are actively making the world a better place. We are in the realm of art and entertainment, which is vital, but I want young girls to push themselves further than just [being] actors and actresses. Look at Amal Clooney, for example: an amazing, brilliant lawyer that’s working for human rights. Not to discredit my craft, being an entertainer serves a function, but it shouldn’t take over the realm of role model.” 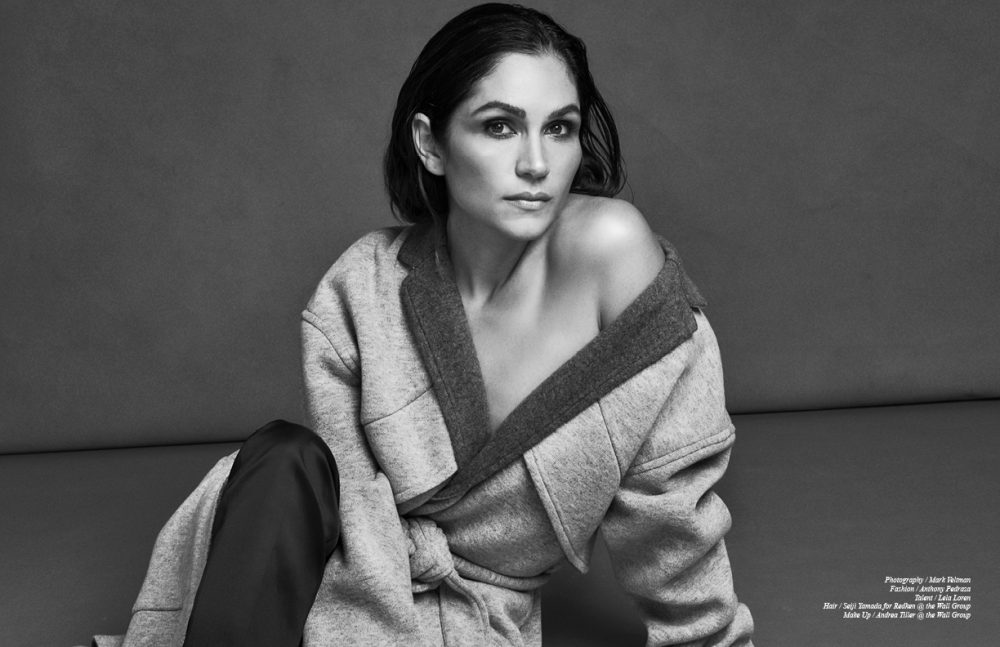 Lela’s contagious laughter is a sign of her confident demeanour as an actress but the tone of the conversation turns earnest when I ask her about her proudest career moment to date. “All your characters are like your children,” she says. “I don’t know if I think about them hierarchically. There have been some that have been very potent and poignant because of the time in my life and where I was at that point and what it meant to me. Getting Angela was the sign that I actually might get to do this and have a career and build a life from this. Being in television as a series regular, as a lead; I get to act day-in and day-out when, as an actor, you spent most of the time unemployed. In that aspect, no other character or opportunity has ever come close. However, there are other projects that I’ve loved. I did a play for the American Conservatory Theater in San Francisco with a playwright named José Rivera, one of my idols in college.”

She’s talking about her 2009 leading performance on stage in Boleros for the Disenchanted, where her portrayal of Flora gained multiple rave reviews. “That role was so important because I had gotten injured so I couldn’t waitress anymore and waitressing had stopped me from doing plays. It was at the point where I was like I either try to make a living acting now or never,” she confesses. Despite the bumps in the road, Lela made it and she’ll be playing Angela, a character she’s 100% devoted to, for a while. Who knows what she might surprise us with next, after all, she says it herself: “Life will guide you and tell you the direction that it wants you to go in and, sometimes, you have to surrender to what that is, for better or for worse.”