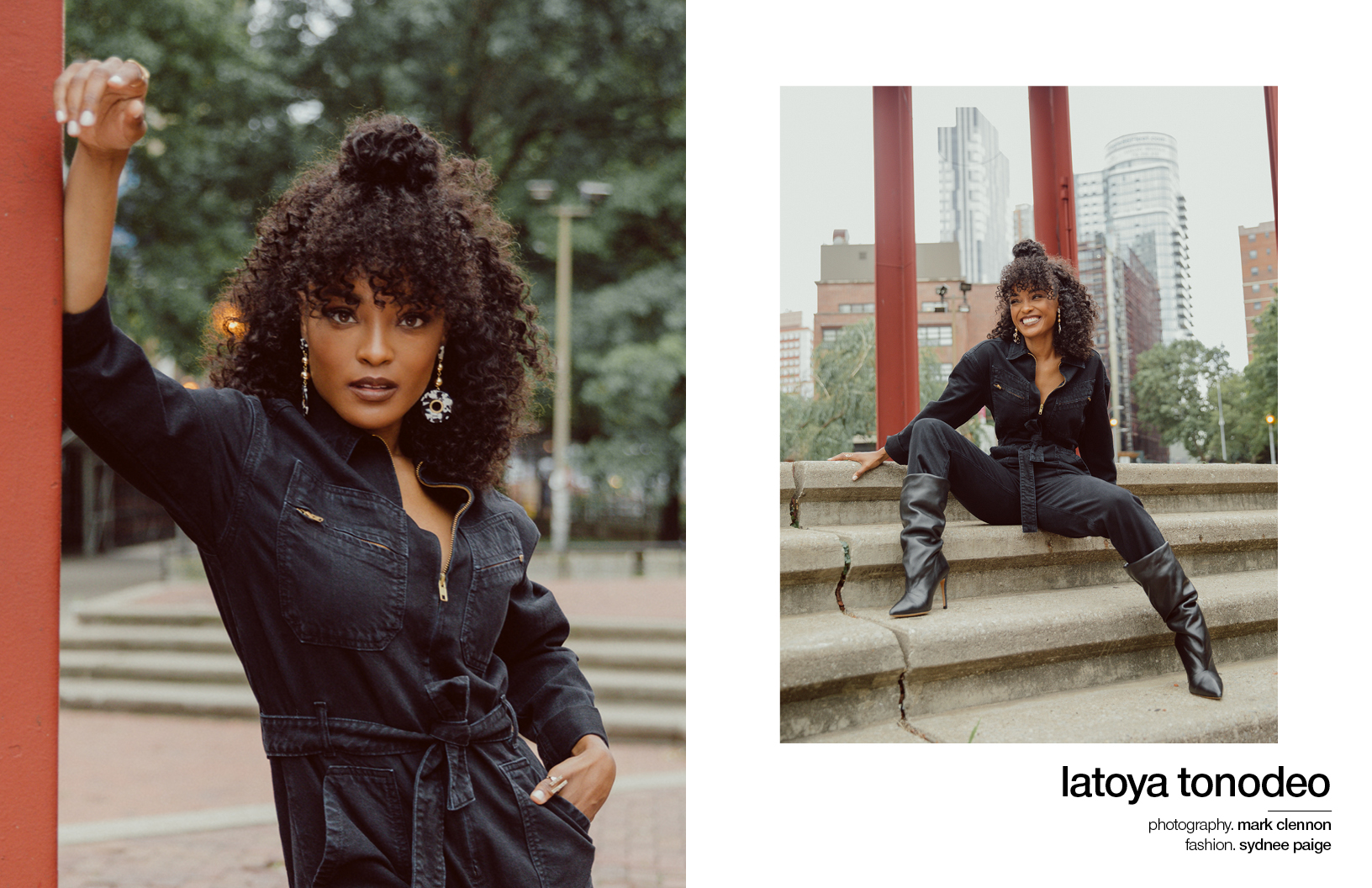 Nowadays, life itself can feel dystopian enough. If you want to escape reality and keep the angst on a fictional level, you can tune into Power Book II: Ghost instead. The spinoff to Starz’s hugely popular Power premiered in early September 2020 and has already been renewed for a second season. Newcomer LaToya Tonodeo plays Diana Tejada in the show, the daughter of Monet Tejada, a respected, ruthless and heavy-hitting drug business family brought to life by none other than Mary J. Blige.

Much like Power, the series is littered with shock-value, hierarchy, power, crime, and suspense. Even though the two series share similarities, Diana has nothing to do with Tonodeo’s previous. Even still, Tonodeo reminds us this is why she learned a lot from the new challenge. “Nothing great comes from being in your comfort zone,” she says. Ahead of the mid-season finale, Schön! caught up with Tonodeo to discuss all things Diana Tejada, power, relatability, and what’s next for her.

Previously, you had roles in Freeform’s The Fosters and also the Lionsgate film, The Perfect Match. Tell us about your characters in each of these and how, if at all, they have helped you grow as an actress today. What first attracted you to these roles?

It’s funny because I actually played a “bridesmaid” in both The Fosters and The Perfect Match. In The Fosters, Ashley was more reserved but she still knew how to have fun. In The Perfect Match, this character was a bit more flirty, fun, and very outspoken. I feel these characters gave me the opportunity to learn more about the ins and outs of working on set. It’s not just about knowing your lines, but it’s also about knowing your mark, continuity, lighting, etc. The technical things.

What attracted me to these roles were their realness and relatability. Everyone has a “fun” or “out-spoken” friend and with these characters, I was able to bring those elements to each character all in one.

Let’s talk Power Book II: Ghost. So exciting that you play Diana Tejada (the daughter of Mary J. Blige’s character) on the show. Can you describe Diana in your own words and how you relate to her (if at all) in your real life?

Diana Tejada is the princess of the Tejada family. She is ambitious, strong, intelligent, street smart, protective of her family, and methodical, all while still learning the game. Her family is part of the drug game, but they aren’t small fish. They are heavy hitters who are highly respected and ruthless. Diana grapples between being part of the family business and taking her own path, but her love and loyalty for her family keep her in the game.

One example of how Diana and I relate is the fact that we are both book and street smart. We can manoeuvre through any environment and still be comfortable. We are always aware of our surroundings and we try to be strategic with our choices.

People have been describing Power Book II: Ghost as a crime, drama series. If you had to change that or add to it, what would you choose?

I would add “Suspense” to the genre. Our Creator/Showrunner, Courtney A. Kemp, and our writers are great at keeping you guessing. As an actor on the show, I get excited about our table reads because I get to find out what happens next. Every script has shock value, or a reveal, and definitely keeps you wanting more.

What have you learned from your time as Diana Tejada and also with working with the cast of Power Book II: Ghost?

I’ve learned so much about myself while playing Diana. I’m constantly learning that every day is a new challenge, which is beautiful. That’s how you grow! Nothing great comes from being in your comfort zone. Working with such a welcoming cast is a blessing. Being able to see every actor kill their scenes is great. It’s like you’re in acting class… we’re all learning from each other. I love it!

There are many themes that run throughout this show – hierarchy, power, crime, romance, and the legal system. Out of curiosity, what are your general thoughts on the word power, and specifically, how would you define it in this day and age?

I feel that true power comes from knowing who you are and loving all of your flaws. Emphasis on flaws. And as cheesy as it sounds when you know your worth and your value, you are in control of your destiny. You will begin to put yourself first and see yourself for who you are and there’s power in that. No one can take that from you.

This show has definitely enhanced the way I view “power”. Being a part of such a successful franchise that was created by a black woman, Courtney A. Kemp, in an industry that is male-dominated, definitely has power. She’s so well respected. Her talent and hard work are so inspiring. 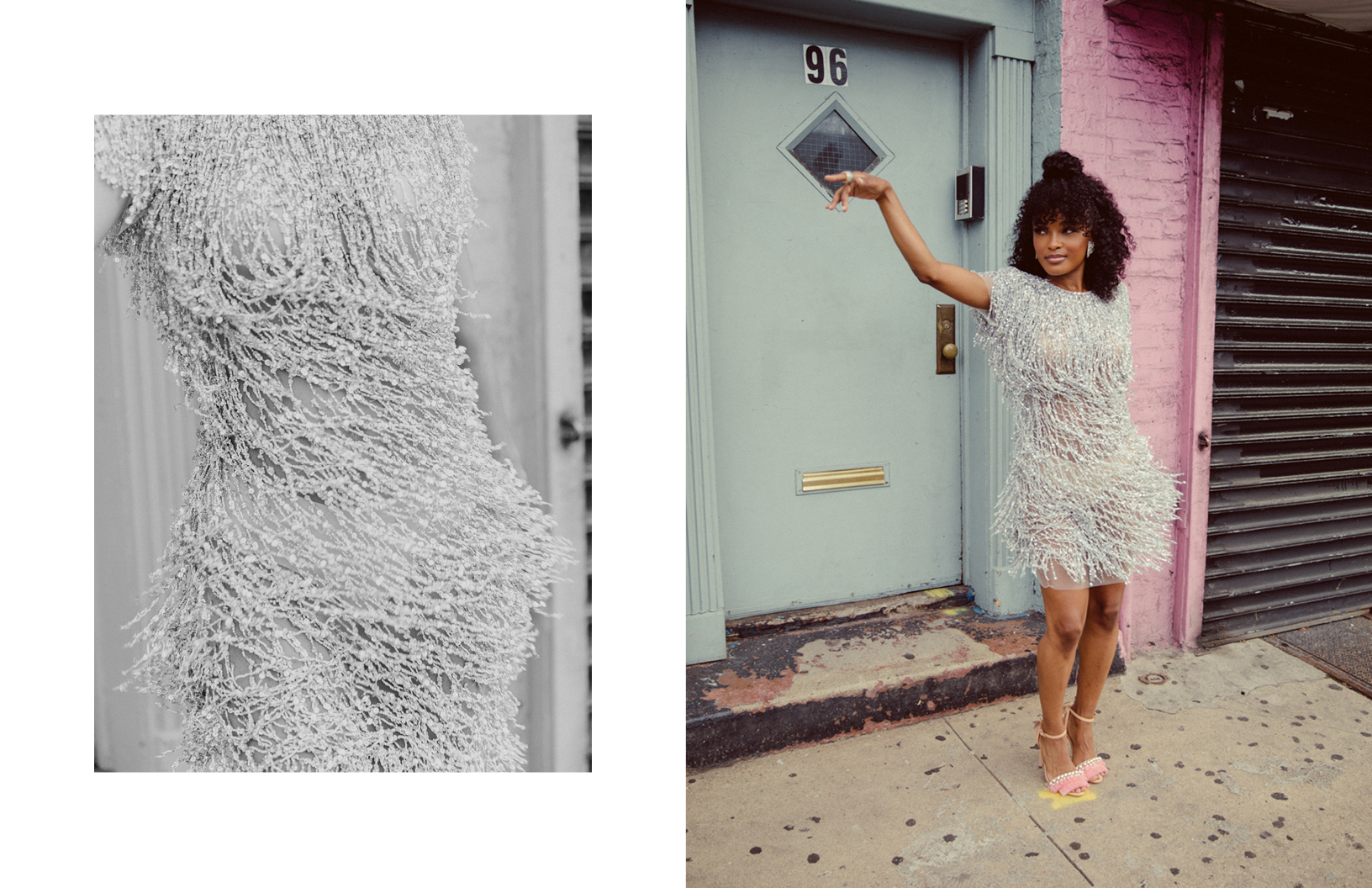 My most recent favourite quote is from Power Book ll: Ghost, episode two. Tariq says, “what I do know is that he wanted to give me the life that he could never have. And I‘m the manifestation of what he could never be.” It’s one of my favourites because we saw the path that Ghost took… Tariq got the opportunity to see his father through a different lens and the opportunity to use what he learned to become something better. In my mind, it’s equivalent to Eleanor Roosevelt’s quote, “Learn from the mistakes of others. You can’t live long enough to make them all yourself”. And in that episode, I feel like we get to see Tariq in a different light as well.

To say 2020 has been a year of challenges is the understatement of the century. Aside from the pandemic and lockdown, is there another challenge you have faced recently? And, if so, do you have a top tip for dealing with it to share with us?

Honestly, the challenges that I’ve faced this year are in some way related to the pandemic. So, it’s hard to separate the two. Not being able to spend time with my family and friends the way we used to definitely took a toll on me. Even though this may seem minuscule to some, for me, wondering if it’s “okay” to embrace someone with a hug is really weird for me. It’s crazy how we can take the smallest things for granted.

During this pandemic, we have all been able to reflect a lot more. Have you learned anything new about yourself during this time that fans may not know that you would like to share with us?

If you had to give this chapter in your life a title, what would you title it and why?

I’d title this chapter of my life Growth & Discovery. I’m learning so much about myself while being on this new journey and I’m so appreciative! This is truly a blessing for me. Everything I’m learning about life definitely contributes to my growth. Super thankful! Blessed!

More generally, is there someone (actor, actress, director, etc.) in the industry that you really want to work with? If so, who and why?

There are so many people I’d love to work with. One in particular is Leonardo DiCaprio. I really enjoy his work and how free he is with his choices. He’s so grounded and real. Every time you see him in a film, he brings something different each time.

Have all the roles you have had to date somehow contributed to the type of role you see yourself pursuing next? If so, how?

Yes, all of the roles I’ve been blessed to play definitely contribute to the type of roles I see myself playing in the future. I’ve learned so much from each of them, whether big or small. Just to be given the opportunity to develop characters is so much fun…sometimes challenging, but fun and worth it. Sometimes you get “lucky” and a character will come around that you’ve played in the past. So it’s like “oh I know this girl already” because you did the work before. So, it makes the process a tiny bit smoother.

Can you share any details on what you are working on next?

Right now, you can catch me on Power Book ll: Ghost. And I’m not being biased, it really is a dope show! In addition to Ghost, I have my eye on a couple of films that I’d love to be in the running for. So, we shall see. 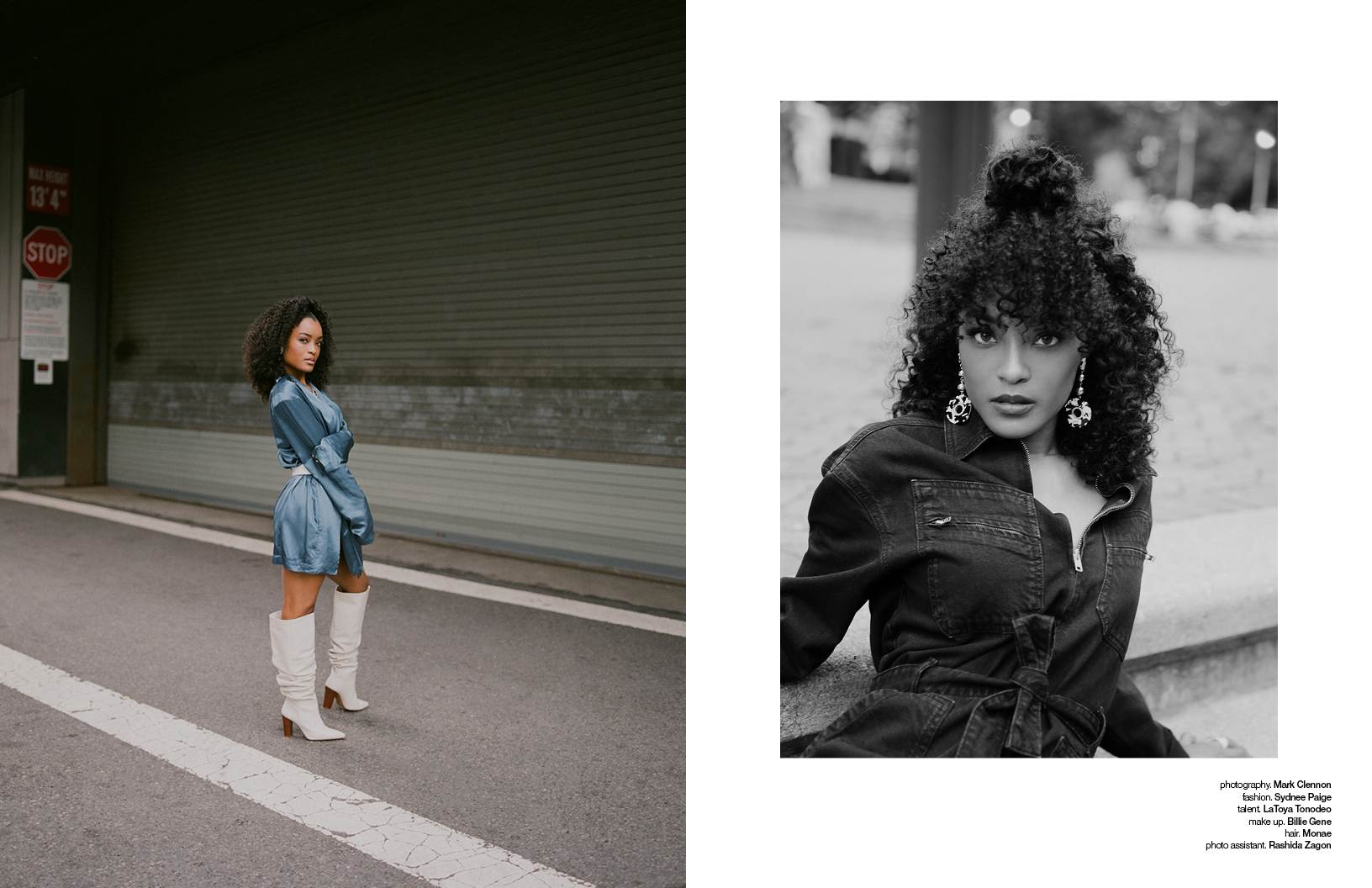