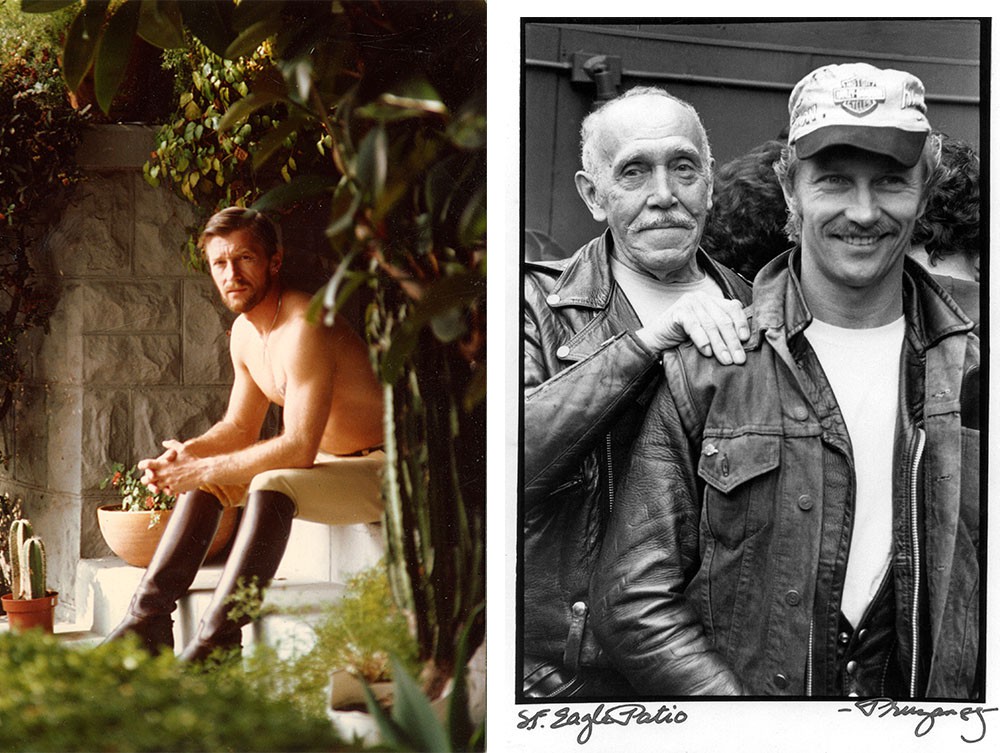 In the leafy, residential Echo Park neighborhood in LA lies Tom House, a shrine to homoerotic art history and the one-time home where Touko Laaksonen, the artist who came to be known as Tom of Finland, spent much of the last decade of his life. An important figure in queer art, Laaksonen’s work broke stereotypes surrounding gay male identity and the house served as a home-base for many gay men throughout the years and still hosts ever-moving houseguests today. TOM HOUSE, a new book edited by Michael Reynolds, takes a look at the house while providing an insider look at some Laaksonen’s unfinished work. Schön! catches up with Reynolds to find out what led him to curating the “interiors book that you can jerk off to”.

How did the project come about?

My relationship with the Tom of Finland Foundation goes back close to 20 years. I originally shot the house in the late 1990s for OUT Magazine and then again revisited the site editorially with artist Jack Pierson for Wallpaper Magazine two years ago. Following my shoot with Jack, it became crystal clear to me that the house needed to be recaptured and channeled into a book. I felt a tremendous sense of urgency and had a pressing sense that the ground was fertile for this project to take root, and that the moment had come to bring this extraordinary place into the public eye. Stars aligned and Rizzoli jumped at the opportunity. It was kismet.

What made you decide to do this book? Was Tom of Finland something you’ve always followed, been interested by? When did you first come into contact with his work?

I had been conscious of Tom’s work for many years before I actually began seriously collecting his pieces. When I had reached an age where I had the means to start collecting art, homoerotic photography was what I first gravitated towards. Bruce of Los Angeles, George Platt Lynes, Willhelm von Gloeden, Peter Hujar, Robert Mapplethorpe, William McBride, Arthur Tress – whatever I could get my hands on. It was a very natural progression for me as a collector to then move into the direction of illustration as a next step. There was something about an illustration – the fact that each drawing was a unique piece that, unlike photography, could not be editioned. And to me at the time, and still to this day, Tom of Finland was the ultimate acquisition. He was the master of 20th Century homoerotic masters – unequalled in skill, hand and composition. 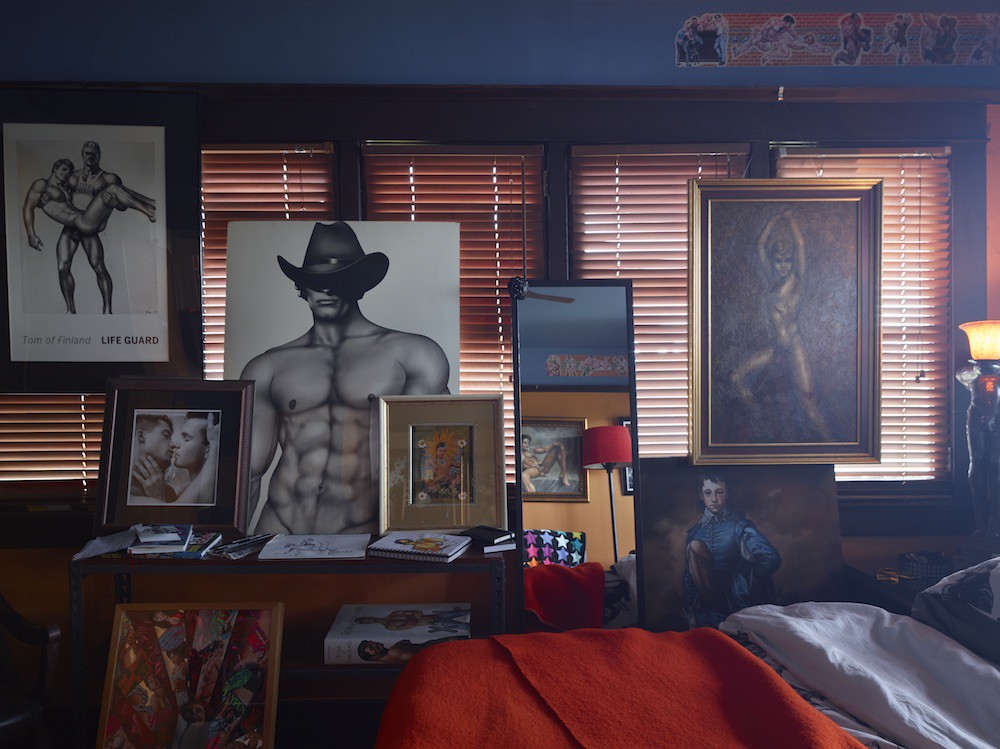 There’s a mixture of unfinished sketches and interior shots, did you approach this from an artistic or architectural, interiors stand point? What was the curating process behind the book?

TOM HOUSE is such an organic, living and constantly evolving space. Each time you visit, it is different. New art, new furniture, new houseguests. The one constant is Tom’s bedroom upstairs. The preparatory drawings, like the house, have an incredibly unfinished, kinetic feel to them as well. In the spirit of killing two libidinous birds with one stone, it made sense to weave the two (photos and drawings) together in the form of thoughtfully chosen and carefully curated juxtapositions. We wanted the reader to journey through the house and its grounds in a visually poetic, almost dreamlike, fluid way.

What did you personally learn about Laaksonen’s work through interacting with the space of his house? What do you think readers stand to learn?

The house is a living, breathing reflection of the message that Tom brilliantly conveyed in each and every one of his images. It is a playful, judgment free zone where visitors are not only welcome to, but also encouraged to fly their freak flags. It is lifestyle as a form of activism, pure and simple. 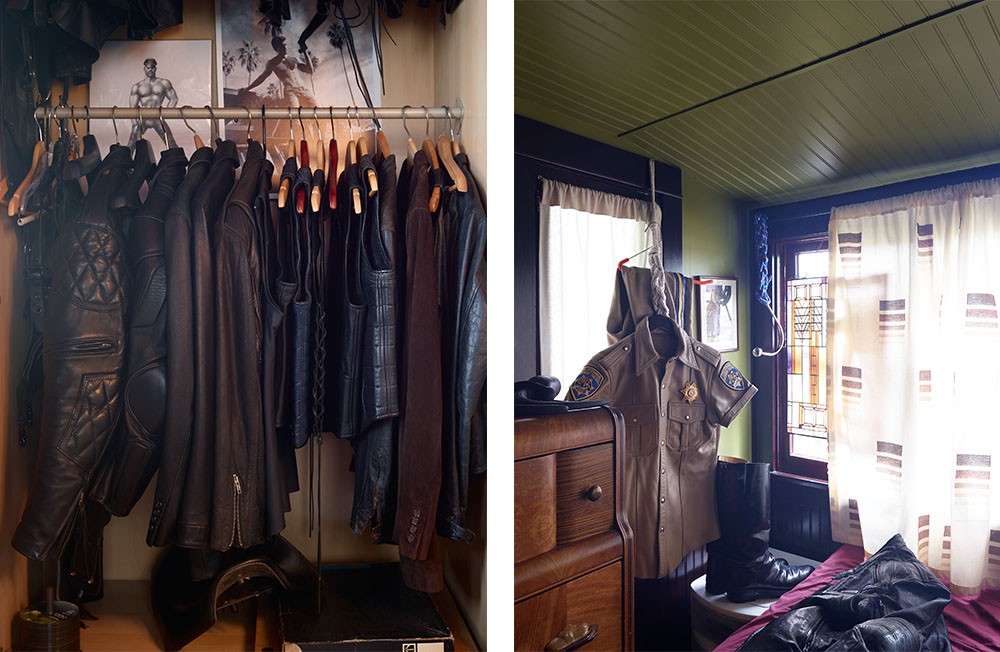 Touko Laaksonen is an important figure in homoerotic art, and was for a long time relegated to a narrow audience, do you think this book brings it that much closer to being appreciated by a wider audience?

This is a quasi-fine art-interiors tome that celebrates the artists Los Angeles home, as well as bringing to light a compilation of never before published preparatory drawings. I think it will gain attention from art fans and design fans alike (many of which, let’s face it – are gay). I think we have created something rather historic. An Interiors book that you can jerk off to!

Do you think Tom of Finland is targeted at a specific readership, i.e., gay male readers, or does it have scope to reach wider than that?

I think that Tom of Finland, on a superficial level, is targeted to the gay male audience. But on a deeper far more intelligent level – the material is meant for anyone and everyone who fantasizes about having a guilt free, playful, unrestricted relationship with their own sexual identity – whatever that may be. Fact of the matter is, I know just as many women who are aware of the material and in most cases fascinated by it. The way in which Tom was capable of making his most hyper masculine characters passive – without sacrificing a molecule of their butch swagger is beyond titillating. An uber butch Alfa male bottoming and secretly (and sometimes not so secretly) loving it – now what could be better than that? I think that this is what fascinates people most about the imagery. It is all about predominant cultural archetypes of male power and authority getting fucked up the ass, fisted, sucking cock and loving it! 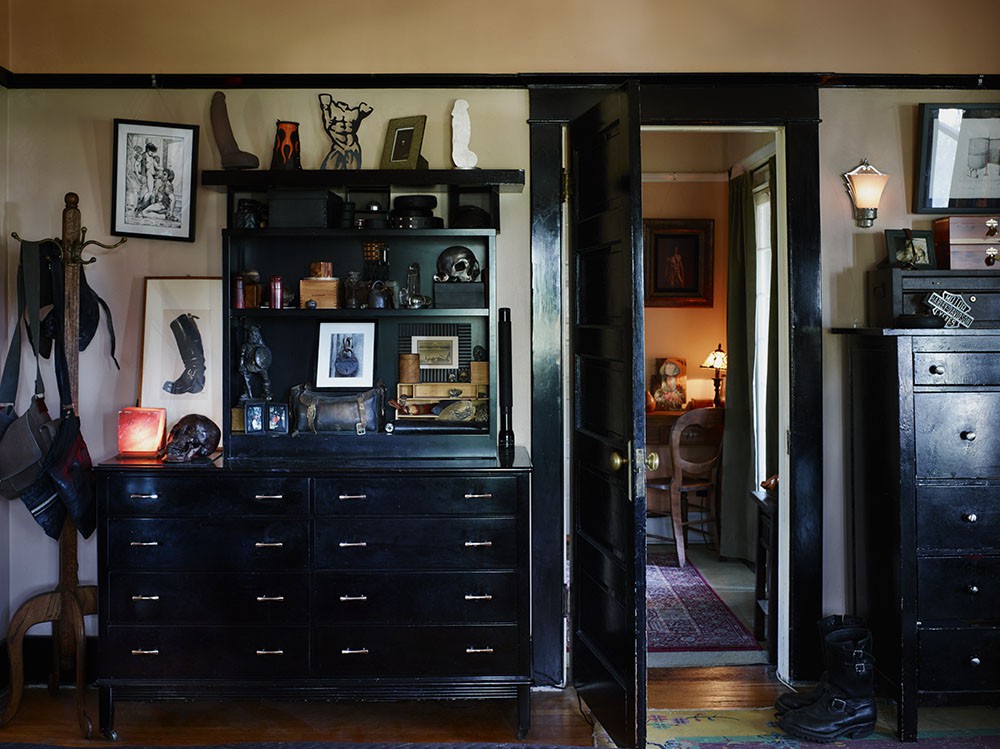 Finland debuted Tom of Finland stamps last year and they were a hit, why do you think now is the right time for light to be shed on the artist and his work?

The zeitgeist has arrived. Things have reached a critical mass culturally and socially in most places. The LGBT population exists worldwide and has an ever-growing voice thanks to courageous LGBT activists, evolved politicians, humanitarian governments and the Internet. A major show at Artist Space, Tom of Finland: The Pleasure of Play, hit NYC last Fall and made a huge impact. The show has now traveled to Helsinki where it is scheduled to open May 7. Two major Mapplethorpe retrospectives are set to open next month at the Getty and LACMA in Los Angeles, and a brilliant Peter Hujar show just opened last month at Paul Kasmin Gallery in NYC. An appreciation of this tremendous moment in art history, with a focus on a definite tribe of cross-pollenating gay male artists, has now come center stage. The demand has conjured up the supply, so here we are!

Do you think Laaksonen’s work is still relevant nowadays to queer subcultures? What importance does it have in relation to emancipation of non-normative sexualities?

Is Stonewall still relevant nowadays to queer subculture? Is the memory of a devastated gay population by the AIDS epidemic that wiped out an entire generation of Gay artists, performers, writers, and intellectuals relevant? The heroism and activism resulting from all of this horror and more has lead us to probably the greatest moment of emancipated attitudes, not to mention legislature, regarding non-normative sexuality and its expression that we have even experienced within the greater cultural context of today – the fruits of which many of the LGBT youth currently enjoy. Being young, dumb and totally unaware, or worse – disinterested, in your own gay cultural history is absolutely pathetic. Touko’s artwork was an epic response to an incredibly repressed time in Gay History. He channeled light into the darkness of many gay men’s lives through his guilt-free, unapologetically salacious and unquestionably taboo imagery. He was a cultural shaman, a healer, and a medicine man. He should be revered, idolized  – even canonized – by today’s LGBT youth!