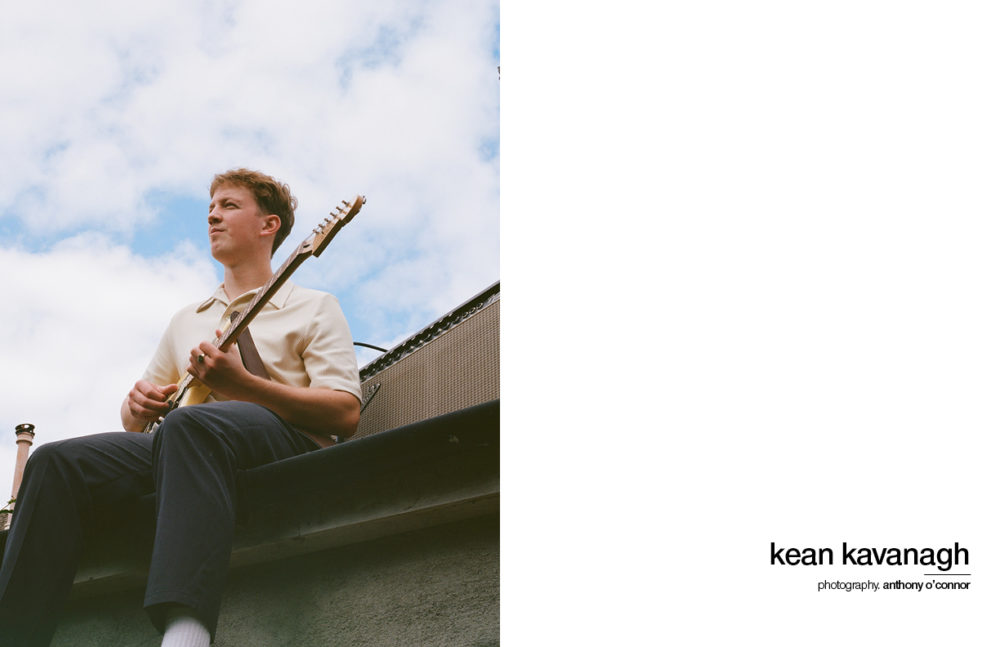 Kean Kavanagh is the artist and producer taking Ireland’s music scene to new heights. His debut album, Dog Person, is a refreshing and euphoric musical ride. It’s filled with juxtaposing rhythms, and seamlessly transitions between Indie and Jazz.

Growing up in the small town of Portlaoise in Ireland, Kavanagh’s love for music started young. “I started playing guitar as early as I could. As soon as I had some chords, the terrible songs began,” he jokes. “My dad has great taste in music and my cousins are from a very traditional, musical Irish family.” It wasn’t until 2015 when Kavanagh was in college, that Soft Boy Records was formed with best friend and rapper Kojaque. “It’s been great to see my friends develop and see their confidence as artists expand,” says Kavanagh. “There’s no better feeling than watching everyone grow both as people and musicians.”

Kavanagh’s debut solo project has got everyone talking. Dog Person drifts into a compilation of tracks that you can almost hear being played live. Close your eyes and you’ll find yourself transported to a sweaty swaying crowd, head bopping to Kavanagh’s guitar interludes. “I think that it’s not just about growing up, but more about growing out of a point in your life when you’re just a pup,” he muses about the album. Schön! caught up with Kavanagh to get the lowdown on Dog Person, and learn more about the exciting artist’s come-up.

How have you stayed creative throughout lockdown?

I think the main thing is to try and not force anything. We’re in the middle of a fucking pandemic like! You have to cut yourself some slack; if the thing that’s meant to give your days purpose and direction starts feeling like a chore, I back off and do something physical and read a book or something. It’s not a very stimulating time, so I allow myself to do other things until the spark comes back and I need to sit down and make something.

Tell us about Soft Boy Records, the label that you co-founded.

We’re a label and collective of something like ten different artists and bands, alongside others who carry out other significant roles in our work. It can be hard to exist as independent artists, photographers or filmmakers. So the whole ethos is that we try and support each other with whatever skills we each can bring to the table. That could be helping with mixing or mastering, producing someone else’s music, or playing in each other’s bands.

It’s clear that you have a very special bond with the lads that you co-founded Soft Boy Records with. How was the experience of growing musically with the group?

Although music is the substance which we’ve bonded through, I’d hope that it comes secondary to our relationships with each other. The closer we get the more we should be able to understand each other on a musical level too.

What has progressing through the music scene in Ireland been like?

Considering the type of music that I write is primarily guitar based, I’ve had a relatively unconventional career so far. About 90% of the work I’ve done has been as a DJ, both by myself, and for artists on Soft Boy like Kojaque and Luka Palm. So I’ve just been happily in the background of a lot of great shows, watching how the crowds react to different things, in a way that’s more difficult to zone in on when you’re the focal point of the performance. I like to be the observer. I think it’s helped me when I’ve gone on to play live with my band and it’s been my turn to stand at the front.

What motivated you to switch from being behind the scenes, to being a solo artist?

In my mind, there’s no great switch. I’ve been slowly working away on my personal music for many, many years, but it’s only in the past two that I’ve really gained the confidence to put myself out there in that way. Performing my own music with the band brings me some of the most joy and release I’ve ever experienced. I can’t wait to get going again! 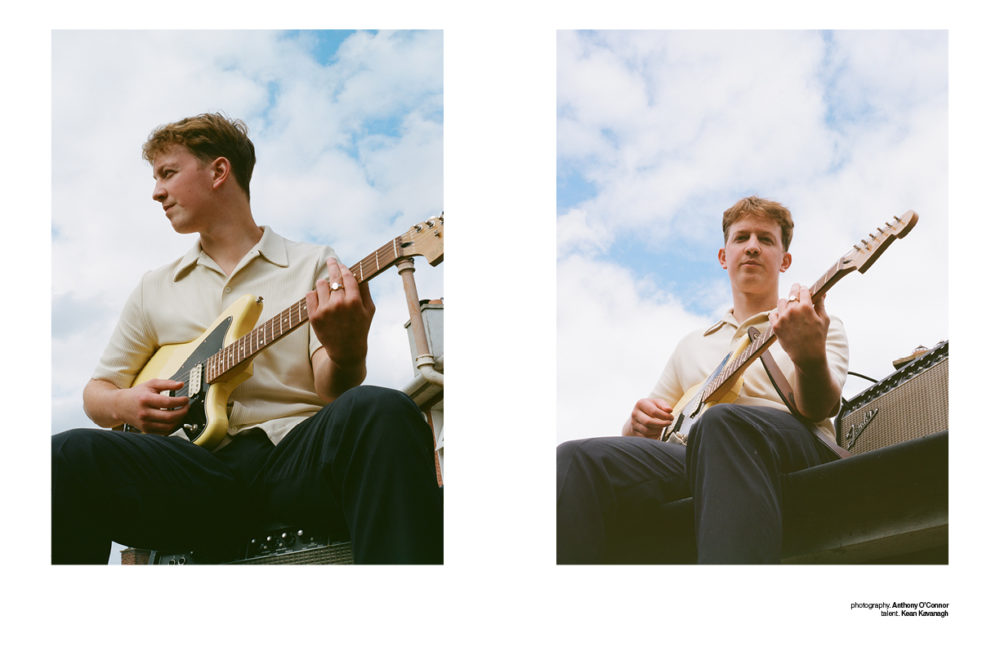 How would you describe your sound?

I wouldn’t… guitar music if you pushed me.

If you could collaborate with one artist or band, dead or alive, who would it be?

You recently released your new single EMMA. What was the inspiration and musical process behind creating the track?

EMMA was the very last piece of music that was made for Dog Person. I thought the project was finished but now I couldn’t imagine it without [EMMA]. Pete (Brién) had shown me the instrumental before, and for months I was thinking about it. Eventually, I asked would he let me record a song over it. The song is an old song of mine from when I first came to Dublin and started going out dancing.

Can you share the themes behind your new project Dog Person?

I think the process of finishing a project – something I had always dreamed of – ended up matching the lyrical progress of the project. Moving from a place of procrastination and self-doubt, to a place of confidence and assurance. From a comedown to waking up with a clear head!

Is there a song that means the most to you?

I really like Snoozie. I wrote it on an early morning bus to work a few years ago when I was very sad and it made me laugh. I also think it may have been the first song I finished for the project, which gave me a lot of confidence. A good sleep has almost never failed to improve my life.

Lastly, what’s next for Kean Kavanagh?

I’m going back into recording mode this side of Christmas, and hopefully putting plans in place for a tour next year.