Ridiculed and revered in equal measure, ‘70s style is often presented on film as parody. Did everybody really spend the decade swanning around in psychedelic prints, crazy collars and far out flares? Certainly, costume designer Emma Fryer doesn’t think so and took a far subtler approach to dressing the characters in Free Fire, British director Ben Wheatley’s hotly anticipated follow up to last year’s High-Rise.

In an abandoned warehouse in late ‘70s Massachusetts, a gun deal has just gone very, very wrong. A squabble leads to shots being fired, which quickly escalates into an almighty gun fight. The ‘70s setting is both an homage to the show-downs of classic films of the era and a plot device. Deprived of modern technology, such as mobile phones, the characters are well and truly cut off from outside assistance.

While humorous and stylised (comparisons to Reservoir Dogs seem inevitable), Free Fire never places style over substance. There’s an authenticity both in the depiction of a shoot-out as a disorientating, disorderly mess and in the choice of wardrobe. “There are certain films where the costumes jump out,” says Fryer. “The point of this film is that they’re very much those characters’ clothes. They don’t become ‘costumes’ or take away from that character.” 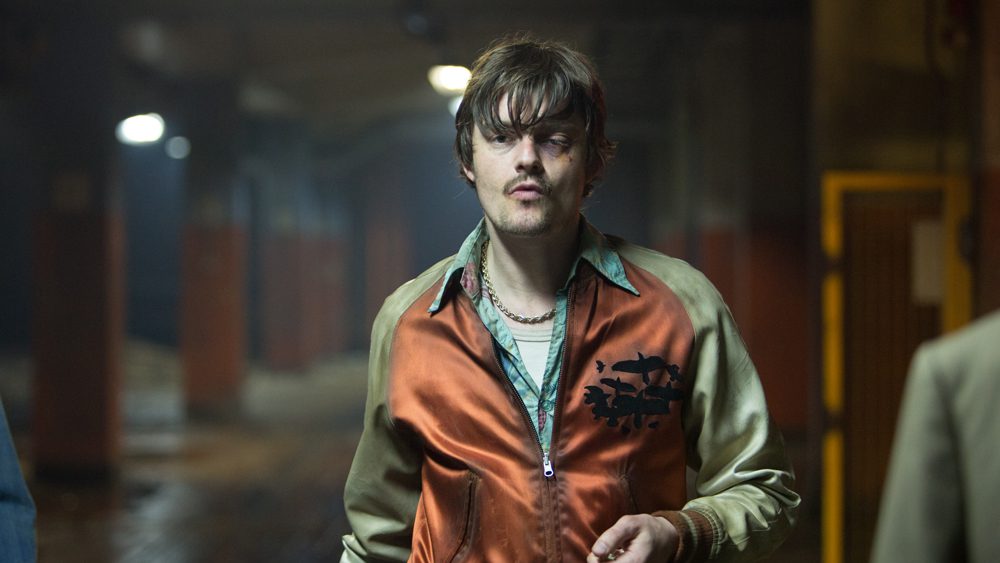 Fryer was also very conscious of avoiding ‘70s stereotypes: “The clichés are there for every period. You’ve got to delve further into the world of the everyday person on the street and feed it back into the costumes that you’re creating.” Crucial to this was finding the right references, or “good, key elements that would throw you into a real world, other than what we all imagine the ‘70s to be.” A major source of inspiration was Terminal Bar, “a great book I found in the Tate Modern, which is photographed at a bar in New York. It had pictures of regular Americans and that was what I was trying to convey: wearable pieces rooted in normal people – which is something very different to ‘70s high fashion.”

Fryer searched costume houses and second-hand stores for original items such as Farah trousers and vintage Levi’s to ensure the costumes “felt more lived in and didn’t have that brand new, out of the shop feeling.” Sources included British heritage brand Gabicci as well as “a great shop in Sicilian Avenue and a funny little shop in Victoria. I knew it was going to be a mix of making and buying because you can still get fantastic ‘70s clothing that would work within the world we were in.”

Because the action in Free Fire takes place over the course of one night, in one location, there were no costume changes, presenting an unusual challenge for a designer. “It’s all about creating the character and the clothes representing who that person is,” Fryer explains, “and you’re doing that in one hit.” It helped that the film had “an amazing, fabulous cast”, which included Brie Larson, Cillian Murphy and Armie Hammer. “They were all fun in different ways,” recalls Fryer. “I really enjoyed the job because I was able to do slightly different things with each character and not cross over too much.” 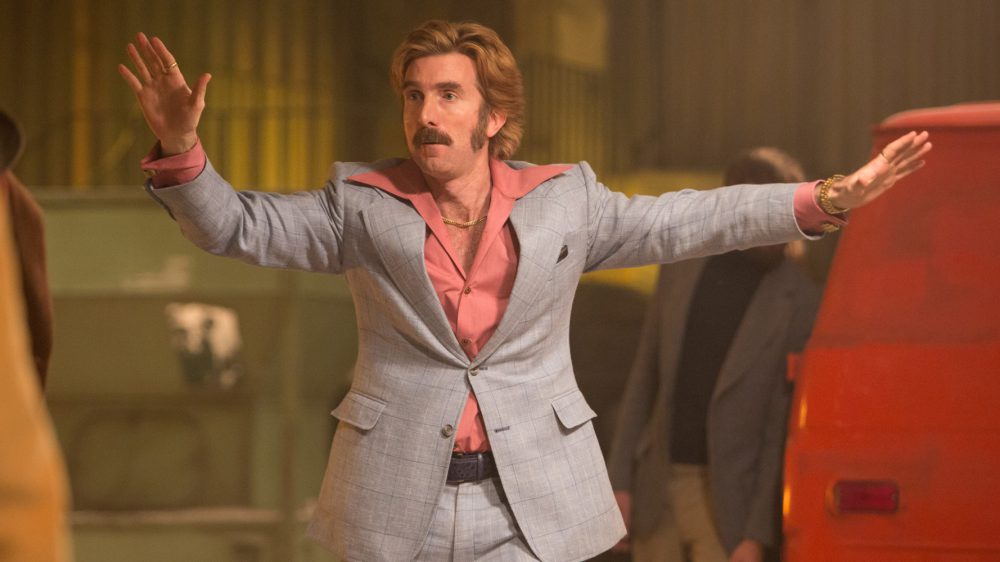 Rhodesian gun dealer Vernon [Sharlto Copley] is perhaps the vainest character, conscious of preserving his Savile Row suit whilst dodging bullets. “Vernon feels like he did come from some slightly different place and that had to reflect in the lighter coloured fabric, the pink shirt, but I didn’t want him to be a stereotype either,” explains Fryer. “It’s slightly upping it, but not to the point where it’s too heightened. It’s little details, like he had a double-cuffed shirt and cufflinks, making the jacket as waisted as possible. Obviously, we worked with the great shape of ‘70s trousers which are brilliantly fitted, but you had to be able to move in them.”

Dressing Justine, the only female character in the story, was also a case of balancing style with practicality. “I think it was very clear she couldn’t be in a skirt!” Fryer laughs. “The action dictated very quickly that it would have to be trousers and that does eliminate a lot. Certainly, when she was crawling across the floor, she couldn’t have done that other than in a pair of jeans and a jacket. It was a hard surface. She’s got Frye boots and a Coach bag. At the time, they were just classic American pieces and not too obvious a route to go down. So, it’s a mix of character, finding a way of covering padding and finding a good silhouette for her.” 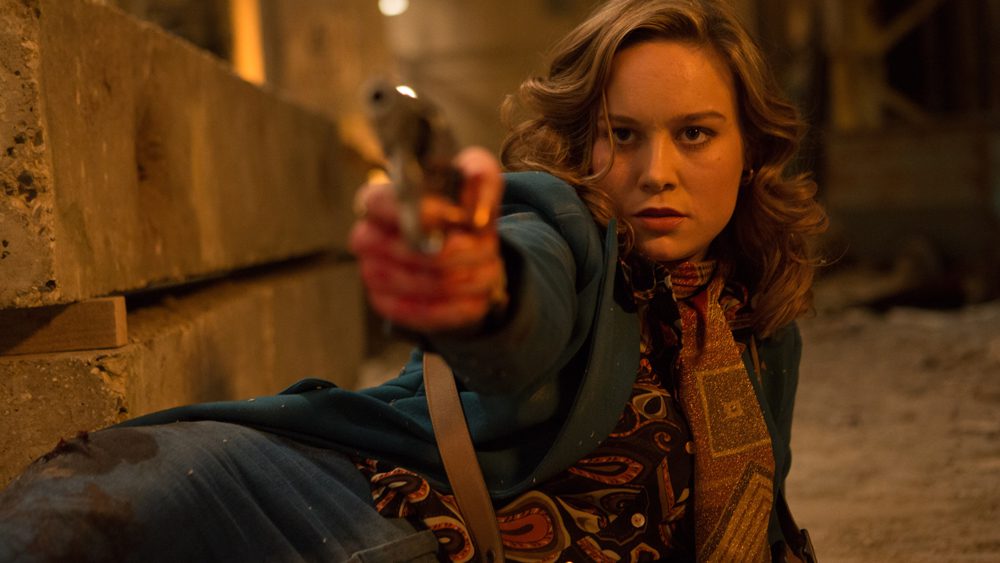 Each character – and their attire – takes a bashing by the end of the film. “Even though there was only one look, they might have had four or five different trousers, certainly six or seven top halves,” says Fryer. “Once the guns went off, we had to keep shooting new costumes, changing the jacket if it already had three bullet holes and two more are going to go in.” This could have been a continuity nightmare so it was fortunate that Wheatley shot the film almost chronologically. “Out of sequence would be tricky,” the designer admits. “With sprinklers going on – that could only have happened at the end.”

Conscious of not giving away too many spoilers, we’ll say no more, except that if you’re in the mood for an action movie without the usual clichés, Free Fire is well worth checking out.

Free Fire is in UK cinemas from 31st March.