Through a cast of colourful characters, led by Brad Pitt, Margot Robbie and Diego Calva, Babylon tells the tale of Hollywood’s transition from silent movies to the talkies. It’s a period that is often romanticised on film, with much of the decadence, depravity and danger glossed over. Not so here. Director Damien Chazelle takes us on an epic thrill ride that is at times riotous, at times poignant and, very often, downright hilarious. It also flips on its head the stereotype of Gatsby-like flappers in tiara topped bobs. Schön! sits down with Academy Award nominated costume designer Mary Zophres to learn how she helped create the wild, wild world of Babylon.

Damien Chazelle spent many years developing the idea for this film. At what point did you become involved?

It was early on, but he had never told me what it was going to be about. I read the script and my jaw dropped. Damien is brilliant and smart, but I had no idea this was going to come out of him because he’s genteel, sensitive, artistic. Not that that’s not going to create something as bombastic as Babylon, but we’d done two films together (First Man and La La Land) and his taste – based on the prior films – is very traditional. I was shocked, and I told him! It was so invigorating and refreshing. I immediately thought, this is gigantic… 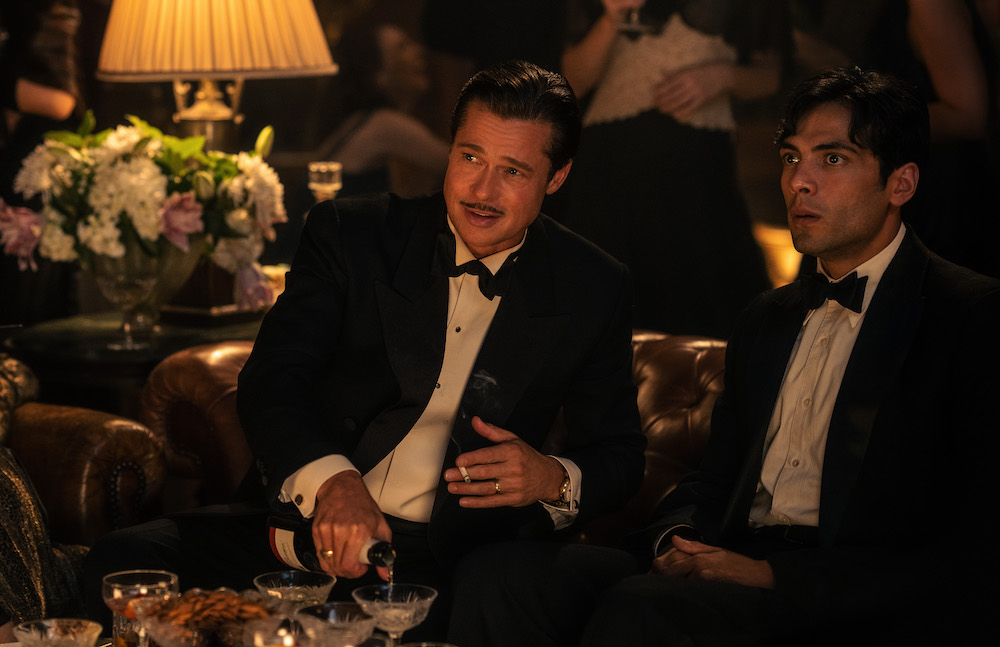 You mentioned there were around 270 speaking parts/stunt artists and 6,000-7,000 background actors. How did you commence the research for such an enormous undertaking?

You know it’s the roaring 20s, but I had not done the research that Damien had done before he wrote the script. I asked what had inspired it. He gave me a list of books and films. We started with silent films and very early sound films. There’s a couple of biographies about Clara Bow, who was one of the inspirations for Nellie’s [Margot Robbie’s] character. There were excerpts of her diaries and letters. Hearing her point of view of that seismic shift between silent and talkies helped me get into the mindset of what that world was like.

Then the pandemic hit, and we had quite a lot of time to deep dive into research that was not only written, but pictorial. There was the photographic research that Damien and Flo (production designer Florencia Martin) and I had found of early silent movie sets. They are in the middle of nowhere, and they’re all on dirt… 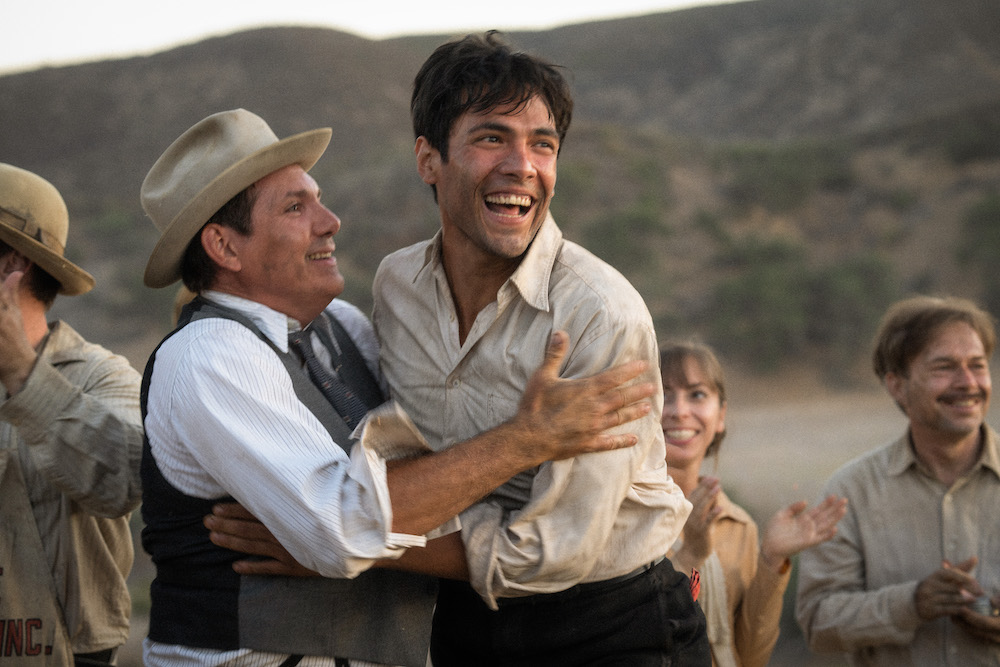 I did approach it a lot like some of the Westerns I had made, just in terms of the dirt, the sweat. There’s no pavement anywhere, and if you’ve done enough westerns, that’s what it’s all about. Dirt is everywhere, in every orifice from your head to your toes!

We think we know what the roaring 20s looked like, but Babylon is very far from that stereotype. How much was based on historical evidence and how much was creative freedom?

A lot of it is based on research. Damien gave us that edict of trying to find pictorial reference that’s from the 1920s but doesn’t necessary read like a typical Hollywood interpretation of the 20s. Once we started looking, it was quite easy to find. If you go to the 1920s aisle in a costume house, there are a plethora of only, or mostly, dropped waist dresses, but if you look at catalogues and photographs from the period, that’s not all you see. There are very few garments left from that time, but there are things built over the years from films about this period that end up as stock in the costume house. Hollywood is partly responsible for the tropes that our movie is trying to break and veer away from.

Damien didn’t want to do an overabundance of bobs. There were also plenty of women who had long hair and maybe wore it up in a bun, or down. There’s plenty of pictorial evidence of that happening, it’s just not often seen in representations on film.

A lot of what we see from costume history is only what aristocracy or high society wore. Once you get to the 1920s, you start to have examples from photographs and film…

Very good point, but are working people going to have the time, the money, to have their portrait taken? Chances are not. It’s the same trap you can fall into when you do a Western. There are portraits in studios, but half the time they have clothes on from the photographer’s studio. That is why I find the written word so helpful. I always find a lot of gems in diaries, talking about things like “Oh, it was really itchy!” or it started to smell… because there were no dry cleaners, and the washing machine wasn’t invented. 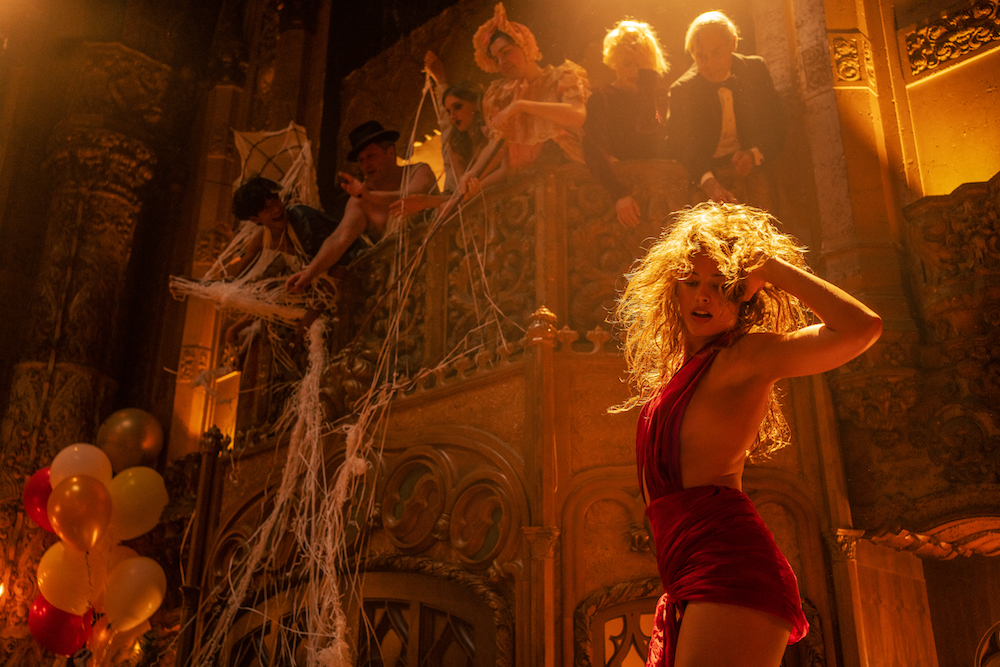 What was the inspiration for the outfit that Nellie wears to the party in the opening scenes? It looked almost 1970s, disco…

I’m so glad you thought that. The top is based on several photographs but, in particular, a portrait of Anna May Wong. It’s just fabric wrapped around her neck and tucked into the waist. Maybe it is very Studio 54 at the same time, but it’s a photograph from the early 20s. The shorts are like little tap pants taken from another photograph I found.

My backstory was that Nellie was a dancer from the East Coast. She’s not coming from a lot of wealth. So, she cobbles it together and ties this scarf around it that gives her movement. She wants to wear the thing that is going to draw the most attention to her, so she’s going to wear what she can get away with in the sexiest colour that she has, and it invokes a kind of carnality. She’s going to go to this party, there’s going to be a producer there that’s going to put her in a move. “I’ll be damned if that doesn’t happen!” Right? 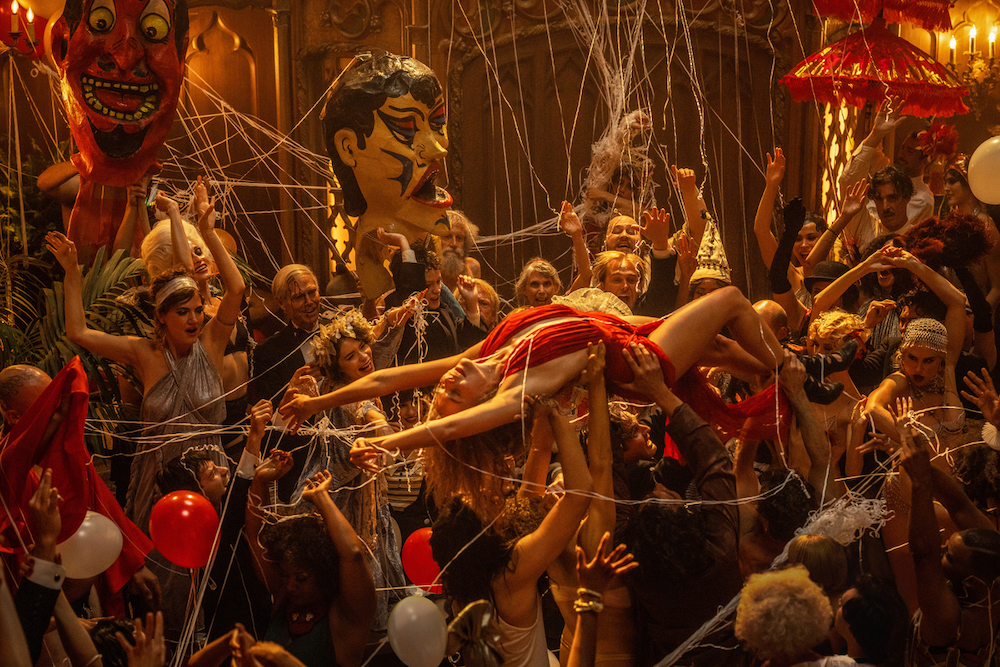 Apart from some balloons and backdrop, there is nobody else in that room that has that colour, so your eye is immediately drawn to her. It’s sexy, it’s revealing, but we engineered it so that she could do the entire dance without exposing herself to 250, 300 extras. Margot was incredibly collaborative and intuitive and could envision, “Okay, this is going to work for that dance sequence.” She was rehearsing 200 yards from our costume shop, and we would go and watch the rehearsals and that informed a lot of the design.

It needed to be a lot of things, that costume, and kind of introduce you to the world of this movie. That’s why I was happy to hear what you said, because you’re not sure what you are watching. You are getting in the carriage and you’re going on the ride of Babylon. To me, it helps seat the audience in the right place to watch the rest of the movie.