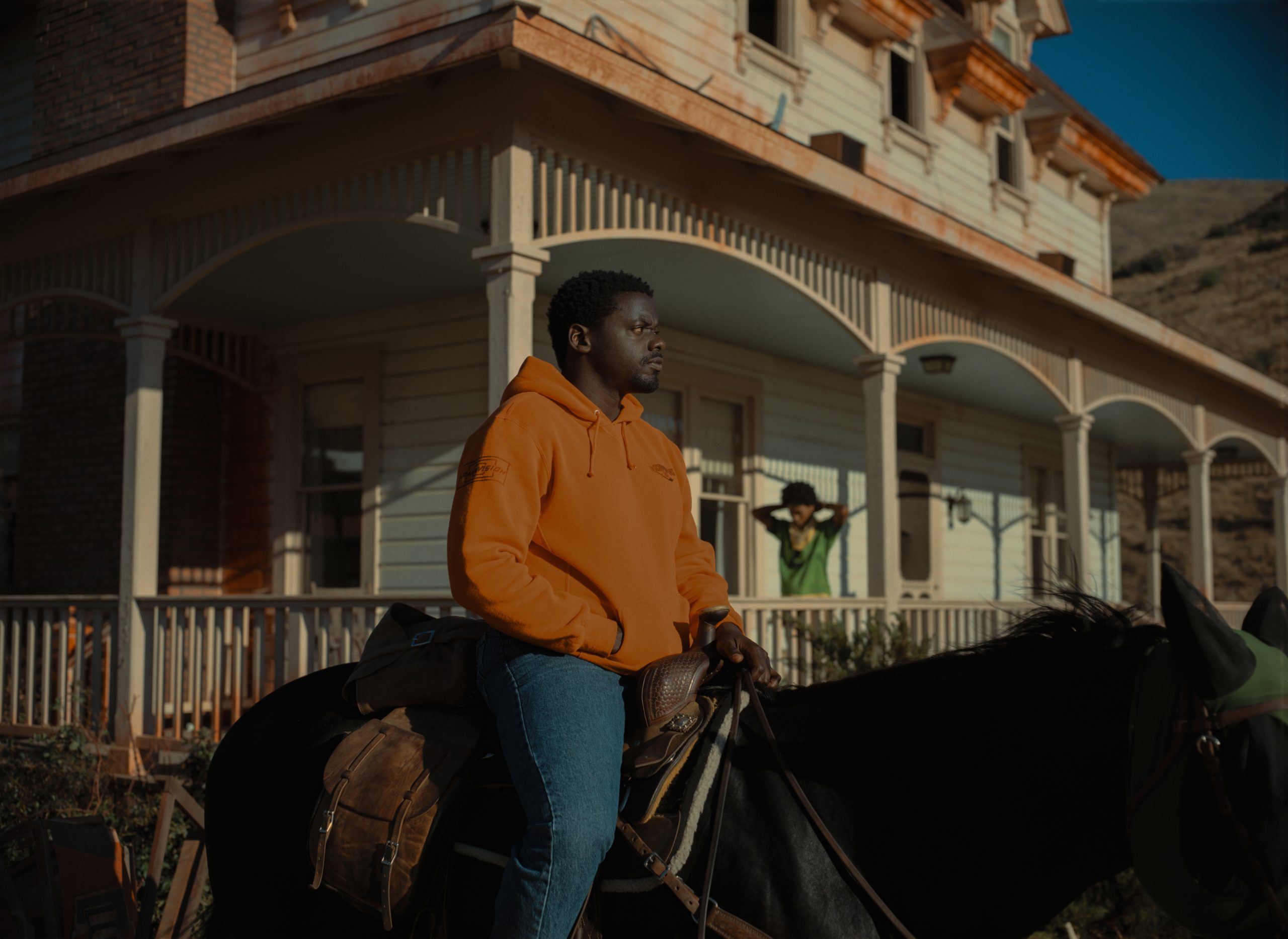 In what is now the trifecta of director Jordan Peele’s cinematic universe, Nope is an ode to classic horror laced with humour to break the suspense. Unlike Peele’s previous projects Us and Get Out, Nope does not rework the wheel but its imaginative storyline and unpredictable pacing keeps the 2-hour watch engaging throughout.

Nope follows professional horse wrangler OJ Haywood, played by Daniel Kaluuya, whose father dies after a mysterious incident on the family ranch. What follows is a ghostbuster-esque endeavour to defeat and capture video footage of a UFO that has been menacing the ranch, a money grab idea suggested by OJ’s boisterous sister Emerald Haywood played by Keke Palmer. Her fiery energy becomes a balancing contrast to Kaluuya’s quiet rage on screen.

Each character’s drive to profit from catching a real extraterrestrial object on camera reflects our obsession with profit over privacy. After all, Nope is ultimately a film about exploitation. Namely, the exploitation of cultural heritage and animals for entertainment. The movie is split into chapters named after various horses who were sold by the Haywood ranch, and the film is told through the lens of Hollywood, from the Western backdrop to a meta-scene showing staff prep a horse called Lucky for the perfect shot on a movie set – a moment that quickly spirals into an unbridled outburst.

Animals turn against their exploiters throughout this film and perhaps the theme of vengeance is best explored through the huge UFO organism terrorising the ranch. Rather than cold metal, it’s a living breathing entity that looks similar to the underside of a portobello mushroom. It consumes living things just like humans use and dispose of other species and each other.

The film opens with the Bible verse “I will cast abominable filth upon you, make you vile, and make you a spectacle” and only when people look at the spectacle are they engulfed by it. We never truly learn the motivation behind the ruthless UFO and why it only targets those who cross the Haywood ranch and its neighbours. Our only hint is the movie’s opening story about photographer Eadweard Muybridge’s illustration The Horse in Motion (1877), a set of moving images widely recognised as one of the first motion pictures. We’re told that the Haywoods are descendants of the unnamed jockey featured in the photographs and that he was never credited for his appearance in what is now cinematic history. The UFO could symbolise his unsettled spirit seeking retribution.

Throughout the movie the term “nope” is used for comedic effect, making light of the culturally Black instinct to avoid getting involved in dangerous nonsense at any cost. It provides some levity to the dark landscape of the movie since Nope is a lesson in the power of darkness, solitude and silence. Its uncanny aura is brought to life through Hoyte Van Hoytema’s cinematography and memorable shots like the Haywood family home raining with blood, a modern reference to Stanley Kubrick’s 1980 classic The Shining. Although Nope is not nightmare inducing by any stretch, and the fright of the shape shifting UFO lessens the more that we see it, the movie’s moments of suspense do illicit a few jump scares.

There are some intercepting storylines like actor-turned-amusement-ranch-owner Ricky ‘Jupe’ Park (played by Steven Yeung) who witnessed a murderous monkey incident on set as a child. It’s a chilling memory that haunts him via flashbacks throughout the film. We learn that, perhaps in a bid to bury his trauma, Park has a room behind his office dedicated to memorabilia from his TV days.

The film also features strong performances from supporting cast members like Michael Wincott, breakthrough actor Brandon Perea, and a comedic cameo from Euphoria’s Barbie Ferreira. The chemistry between siblings OJ and Emerald felt more platonic than familial, and although strong and subtle, Kaluuya’s performance rarely peaked into outright fear. A momentary break of raw emotion would have made the danger and chaos he endured feel more palpable.

Overall, Nope is not Peele’s most memorable work but the pressure to create a groundbreaking, genre-bending project every time is challenging and may not have even been Peele’s intention. It’s a three star movie that should be enjoyed for its visuals and engaging cast but its writing and storyline do not linger in the mind like Peele’s previous work. If you’re expecting to leave Nope with a rare sense of magic that we’ve come to know Peele for, this is not the project. However, Nope does showcase Peele’s impressive versatility as a writer and director. 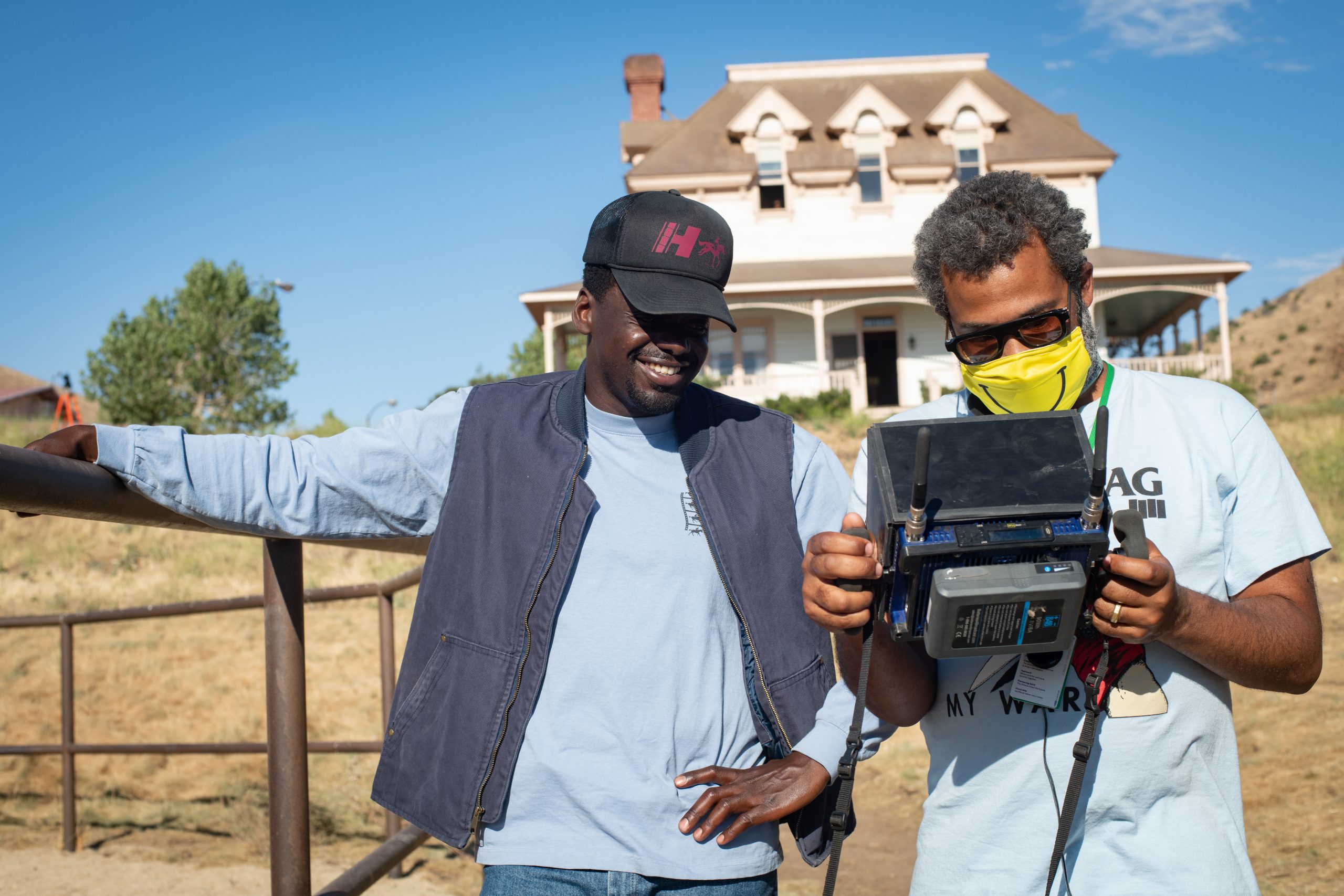 Left to right: Daniel Kaluuya and Writer/Director/Producer Jordan Peele on the set of NOPE. Image courtesy of IMAX.