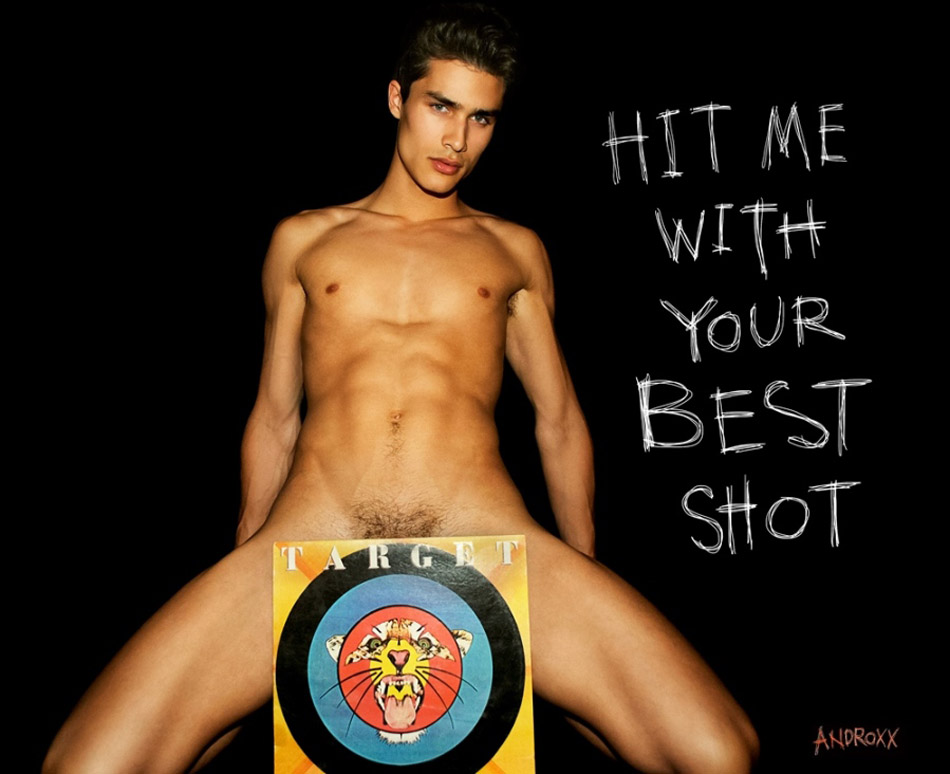 Hit Me With Your Best Shot / Androxx

Bursting onto the New York art and photography scene with Pop Art infused images last year, Androxx is a visual artist who combines photography and music, image and text, high and low brow culture. Taking lyrics from iconic songs and transposing them onto portraits of models, Androxx sets about capturing the essence of contemporary Pop in an unprecedented form of visual poetry. Schön! is thrilled to be launching the artist’s latest series, with a previously unseen selection of exclusive new works, among which feature Hit Me With Your Best Shot  and Doll Parts. Schön! caught up with Androxx to find out more about his show launching later this year, Poptopia.

What is the concept behind the new series?

I’ve been thinking a lot about stardom and the American dream—the whole fantasy of fame.  It’s a theme that surfaces in some of the new work, including Doll Parts (one of the pieces previewing here).  The Hole song that inspired it isn’t about performing per se, but “I fake it so real” is such a great line and it related to that built-in on/off switch that performers need to have to survive.

In an era of super-disposable images and of social media, you choose to produce limited edition photographic prints. How does your work engage with this mode of processing, and divulging, images?

Well, the way I choose to present my work is partially a reaction to the barrage of photographs we’re exposed to every day.  You’re right —the image has become so disposable—and I think a lot of photographers feel the pressure to feed the beast with constant content.  But my goal is to create these large-scale objects that you have to see in person to fully appreciate.  And making very few impressions of each one is part of that.

Your work draws on Warhol’s legacy – and pays tribute to Warhol’s “muses” and his entourage.  What does the Warholian legacy represent for you?

Let’s face it, as the years roll on, Warhol’s work just looks better and better.  An older art-world friend of mine has talked about being an eyewitness to the pure, visceral shock of Pop in the early ‘60s.  Warhol shone a light on the everyday and shot it back at the world in the most amazing, day-glo-drenched way.  And I’m constantly amazed by his ability to be alternately thought-provoking and light. 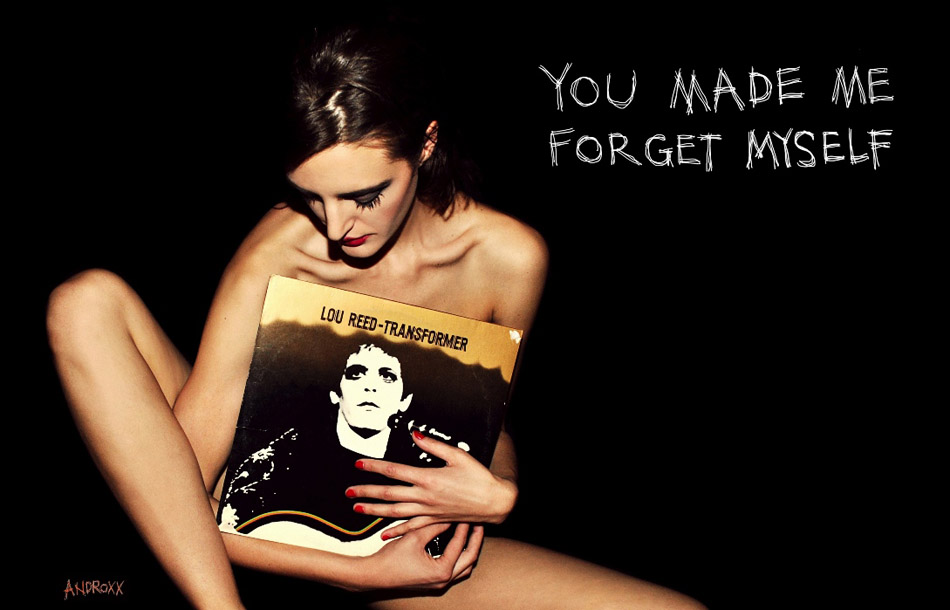 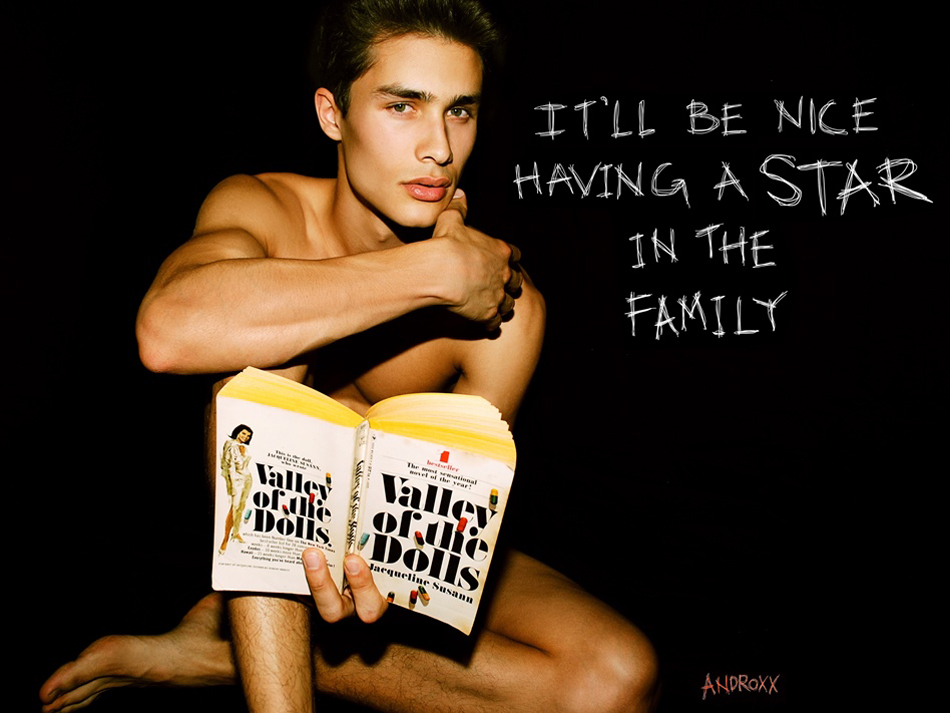 Valley of The Dolls / Androxx

What was your initiation to pop culture? And Pop Art?

When I was a very small child, we lived in Los Angeles.  It was all very Ice Storm—a comfortable suburban lifestyle.  All the women looked amazing—even though it was the late ’70s, they were sort of frozen in that great early-‘70s Marisa Berenson, Lauren Hutton look—and the air was filled with the strains of disco.

Suddenly, my dad decided to move us to the Midwest.  No beach there, and not much social life, either.  So the music, movies, TV and books took on a new importance to me.  I made friends there, but I really felt like I was going through the motions—waiting to graduate high school and get to a big city.  And during that period, I discovered Pop Art through books and old magazines.

We couldn’t discuss your work and not mention music – how do the lyrics you’ve chosen engage with viewers nowadays?

A great phrase is timeless.  And whether it’s a lyric from a 40-year-old Bowie song or an indie song from last year, if it’s good, it’s good.  100 years ago, many people could quote Byron and Keats, but today, actual poetry isn’t part of mainstream consciousness. Except for lyrics. Think of how many thousands and thousands of hours you’ve spent listening to words from songs.

Who do you feel is making repercussions on the music scene now?

There’s so much great new music.  Katie Crutchfield is amazing.  Also Speedy Ortiz.  I deeply dig The Vaccines.  Generationals and TV Girl are two under-the-radar American acts who are pretty great.  And even with super-mainstream stuff, there are bright spots: Daft Punk, Béyonce and Lorde come to mind.  But then there’s Katy Perry, Pitbull and the rest of the crappy dubstep-tinged dance pop.  The electronic revolution LCD Soundsystem and Passion Pit started a few years ago somehow took a bad turn. 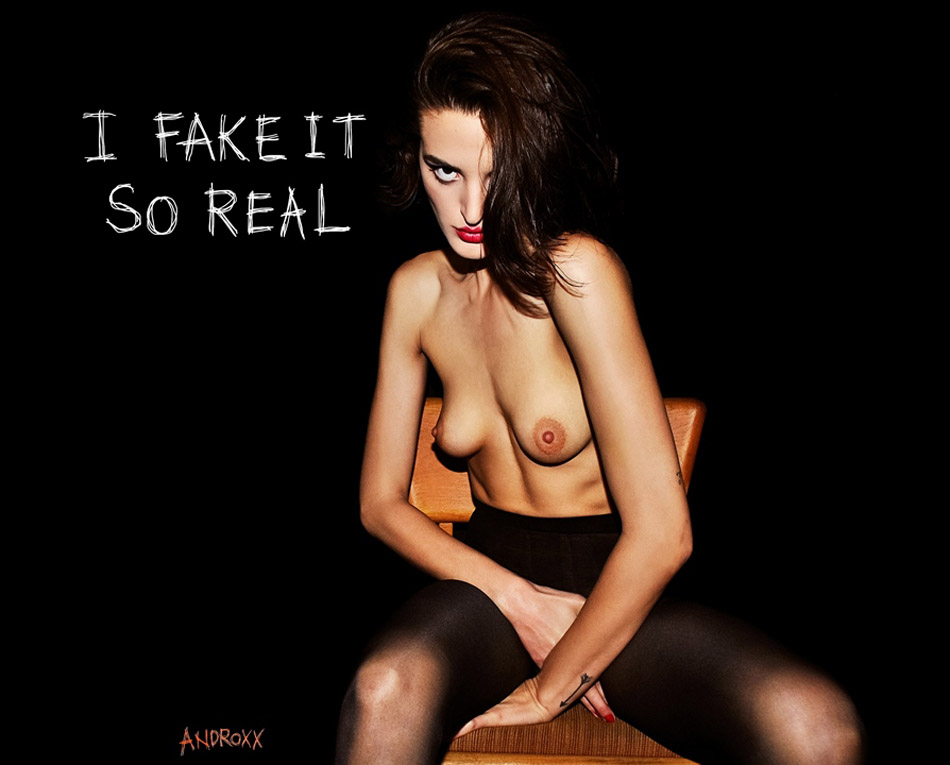 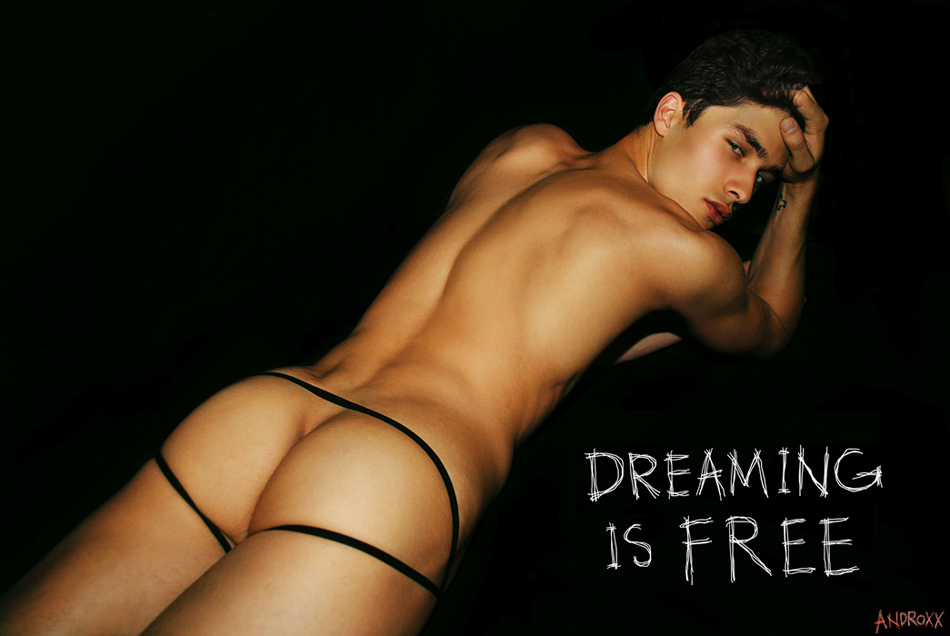 The pieces you’re launching on Schön! feature Lucas Goossens and Madeline Kragh.  Tell us a bit about working with them.

Lucas is an extraordinary person.  Aside from the drop-dead beautiful part, he’s whip-smart and a real chameleon in front of the camera.  He’s got that specific ability to shape-shift.  I think you either have it or you don’t — I’m not sure it can be taught.

Madeline has it in spades.  Shooting her was like photographing a whirlwind. She’s a wonderful mix, an old soul with a ton of youthful energy.  We shot the day Lou Reed died.  At the end of the session, she grabbed the Transformer LP and started interacting with Lou’s image.  Five minutes earlier she’d been jumping around like a kid and then we were both in tears.  It was quite a day.

With your piece Hit Me With Your Best Shot, you pay tribute to Mark Carson, and tackle the issue of homophobic violence head on. Do you feel an upfront stand, an uncompromising response is the best way of dealing with hate-related violence?

When Mark Carson was killed last May, it was shocking in a very specific way.  New York City is the place that’s supposed to embrace everybody.  His murder was a nasty reminder that not everyone feels that way.  I’m a total peacenik, but I found myself just wanting to hit something.  Instead, I created this piece.  We plan to release a smaller, more affordable print in May, the one-year anniversary, to benefit the Anti-Violence Project.

And finally, what comes next for Androxx?

Well, we are planning to do another gallery show in the fall.  But before that happens, I want to have a real “happening” in the spring.  We’re in talks with a couple of unconventional spaces to do an event that incorporates my work, live performance, great music—all of it.  We won’t have the actual Velvet Underground, but we’re going to be channelling 1966.  Hopefully, Lou and Nico will be smiling.

For more information on Androxx and his past works click here.