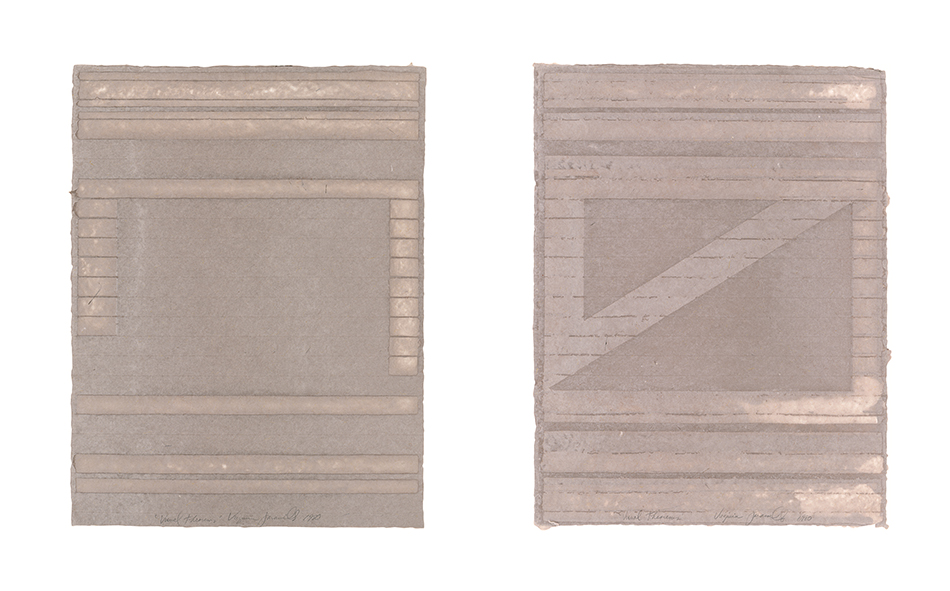 Virginia Jaramillo’s richly varied, expressive and experimental paintings reflect a fruitful career spanning over six decades. Having spent her formative years amongst a thriving community of West Coast artists, Jaramillo’s painterly style is in many respects aligned with her contemporaries. However, as Jaramillo discusses in an exclusive interview with Schön!, working as a female artist in a predominantly male circle meant that asserting her artistic identity posed many a challenge.

Jaramillo’s monumental canvases shun traditional modes of representation in favour of a “visual translation of the structural patterns we superimpose onto reality, in order to organise our experience”. Her intention is to offer a new mode of perception, through “straight lines, arcs and forms which organise the paintings into fields of colour”. She draws these “organisational systems” from sources ranging from “classical geometry, pre-Hispanic architecture, and the ancient civilizations which built their cities and credited their very existence to beliefs, cultural myths and cosmologies in order to better understand their world”.

Alongside these historic sources, the rigorous order and pared down aesthetic of Jaramillo’s work can also be attributed to the prevalence West Coast Minimalism. This community of Californian artists – Larry Bell and Robert Irwin amongst them – absorbed the New York strand of Minimalism made popular in the 1960s and 70s by the likes of Dan Flavin, Donald Judd and Carl Andre, but with a distinctly industrial approach. 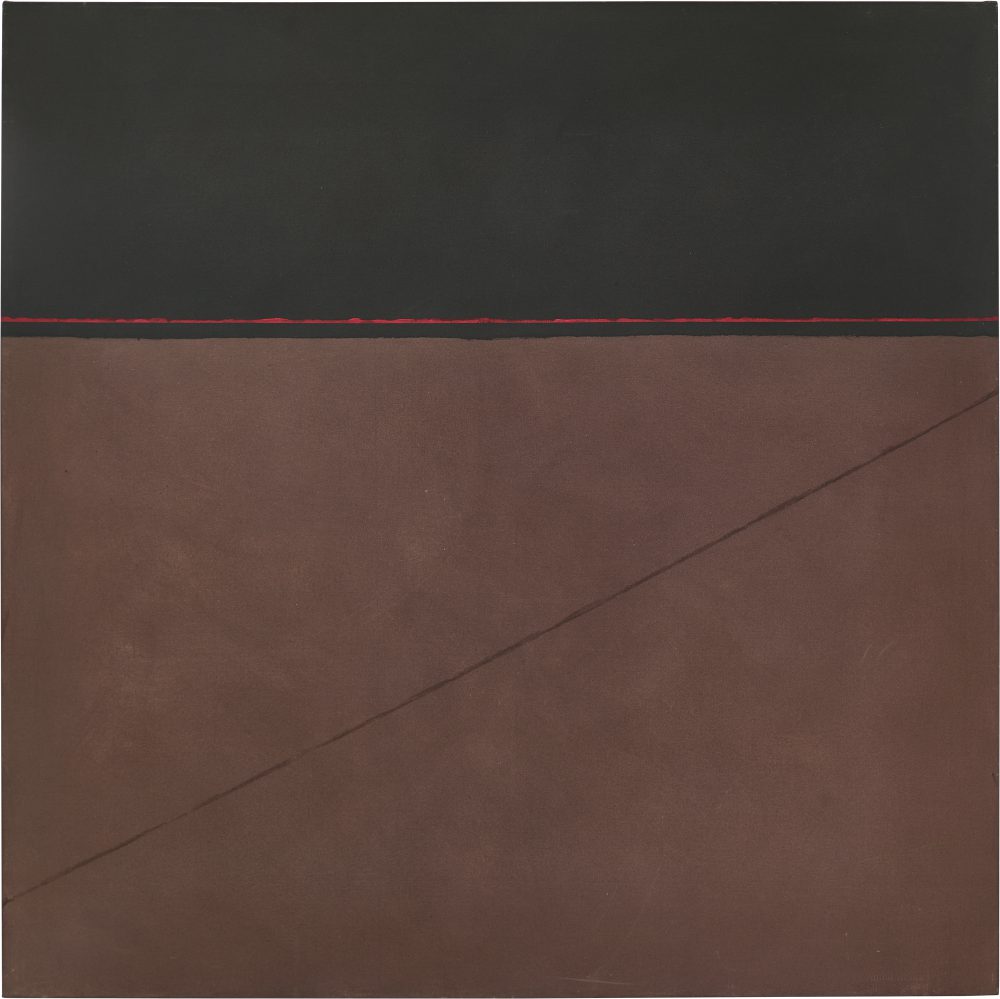 The main proponents of Conceptual Art when it first emerged were male: “serious women artists were few”, Jaramillo recalls. “I remember a time when a gallery would not bother (they were “too busy”) to look at your work if you were a woman; dismissing the work and the artist straight away. You could forget it all together, if you were a woman, married and a minority”.

Forging her artistic identity – particularly as a woman – was “a demoralising uphill battle everyday”. The strength of her determination paid off when her work was displayed at LACMA’s Annual Exhibition in 1959 at age 18, under the gender-neutral title ‘V. Jaramillo’. It was a moment which filled her with the conviction to continue “carving out a place for [her] self as an artist”.

This is precisely what Jaramillo would go on to do. Deviating from the “Finish Fetish” that typified the art of her Californian contemporaries – with its emphasis on glossy enamels and industrial plastics – Jaramillo opted for more experimental and organic surface textures. “In my earliest works, I used basic household paint and commercial stains, and boiled my own gesso and rabbit-skin glue, because it was all I could afford”, the artist explains. “I was drawn to using linen fibers when I learned it was rare to use only linen as the actual artwork. Then making the sheet as thin as possible while maintaining the sheet’s integrity – something no-one had done before.” 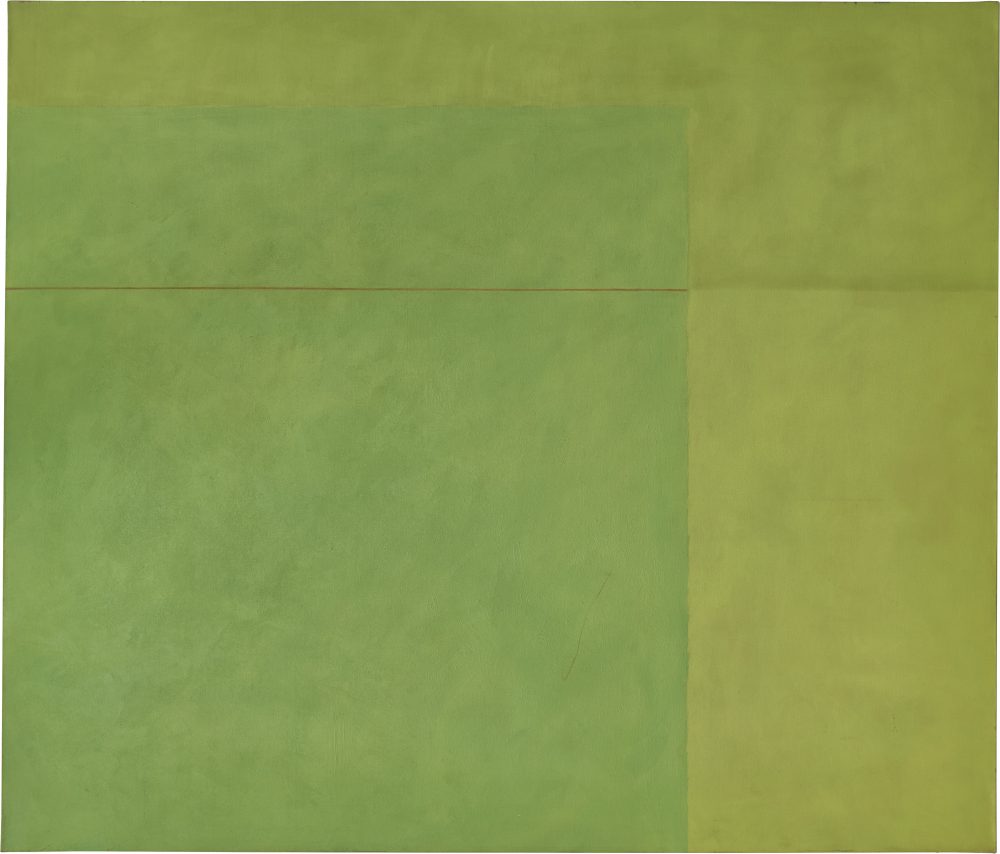 Whilst Jaramillo’s art has been primarily concerned with the interrogation of materials and systems of perception, she maintains that her “personal and artistic life has been a political statement”. This is partly fuelled by her Mexican-American heritage, and to “living in California in the early 1960s as an interracial couple with a young family”. Her experiences led to her involvement in various feminist projects, such as the Third World Women issue of Heresies journal, and working on the board of the Feminist Art institute. Jaramillo’s art may not comment directly on the social and political anxieties that have shaped her life, but it’s certainly perceptible in the weightiness of her dark and imposing canvases.

Looking to the future, Jaramillo hopes to continue approaching her art with this same intellectual and material curiosity. Her career may not represent a linear progression as such, but “there’s a consistent conceptual current running from the start: my investigation into systems of perception, which I have never really abandoned”, she explains. The most important lesson Jaramillo claims to have learnt as an artist? “Stay true to your self”. Staunchly committed to her own artistic prerogative, it’s clearly a mantra that Jaramillo stands by.