“People might see this evolution as quite dramatic,” starts Oscar Pollock, “but it’s just authentic. We’re not trying to do anything other than what feels good to us.”

Sundara Karma‘s latest EP Kill Me is not a new beginning. Rather, it’s a series of beginnings — a settling in with the chaos of life and how one learns to approach it. Building off the experimentation that motivated 2019’s Ulfilas’ Alphabet, the five tracks comprising Kill Me unify the band’s many influences into a singular vision. There’s still plenty of play to be had, but Kill Me lays a new foundation — a shimmering, beautiful and at times humorous framework — through which Sundara Karma’s manifold facets can shine.

To develop the world of Kill Me, the group brought on several collaborators. The EP is produced by Clarence Clarity, a musician whose previous work includes productions with Dorian Electra, Rina Sawayama and a host of others alongside an expansive solo career. PC Music’s Hannah Diamond took on the role of Creative Director, lending her skills as a photographer, visual artist and creative mind to craft a unified image for the band. Working in tandem, these artists have developed an EP that feels at once human and otherworldly. Pollock’s vocals soar over ever-changing rushes of sound. The band is glossy and unblemished as though in an early-aughts daydream, giving Pollock a colourful haze through which their introspection can be realised.

As Schön! premieres the Loona Kasemets-directed video for the band’s song “O Stranger”, we spoke with lead singer and song writer of Sundara Karma, Oscar Pollock, about the new EP and how they’ve been handling life in quarantine.

Hey Oscar! I’m sure it’s got to be weird doing all this production and promo during a pandemic. How has it been working in these conditions?

It’s actually been really enjoyable. I don’t know if it’s because of the novelty of doing it in a different way, but I’ve found that you’re way less influenced by other people, which forces you to be a lot more introspective in terms of the decision-making process. You’re not in a room with other people — if you’re doing things with email like I was with Clarence, you get the email, and then you have to sit with it by yourself and really just go off how you’re feeling about it. Which is dope, you know? I thought that was cool. I think it’s produced a different outcome as well.

Yeah, I’m sure having that gap before the reaction as opposed to having somebody sitting in the studio can really change things.

Yeah, exactly. Even subconsciously. When you’re in a room with someone, you’re kind of reading their expression, and their energy is reciprocated. That reciprocation is taken out of the mix. 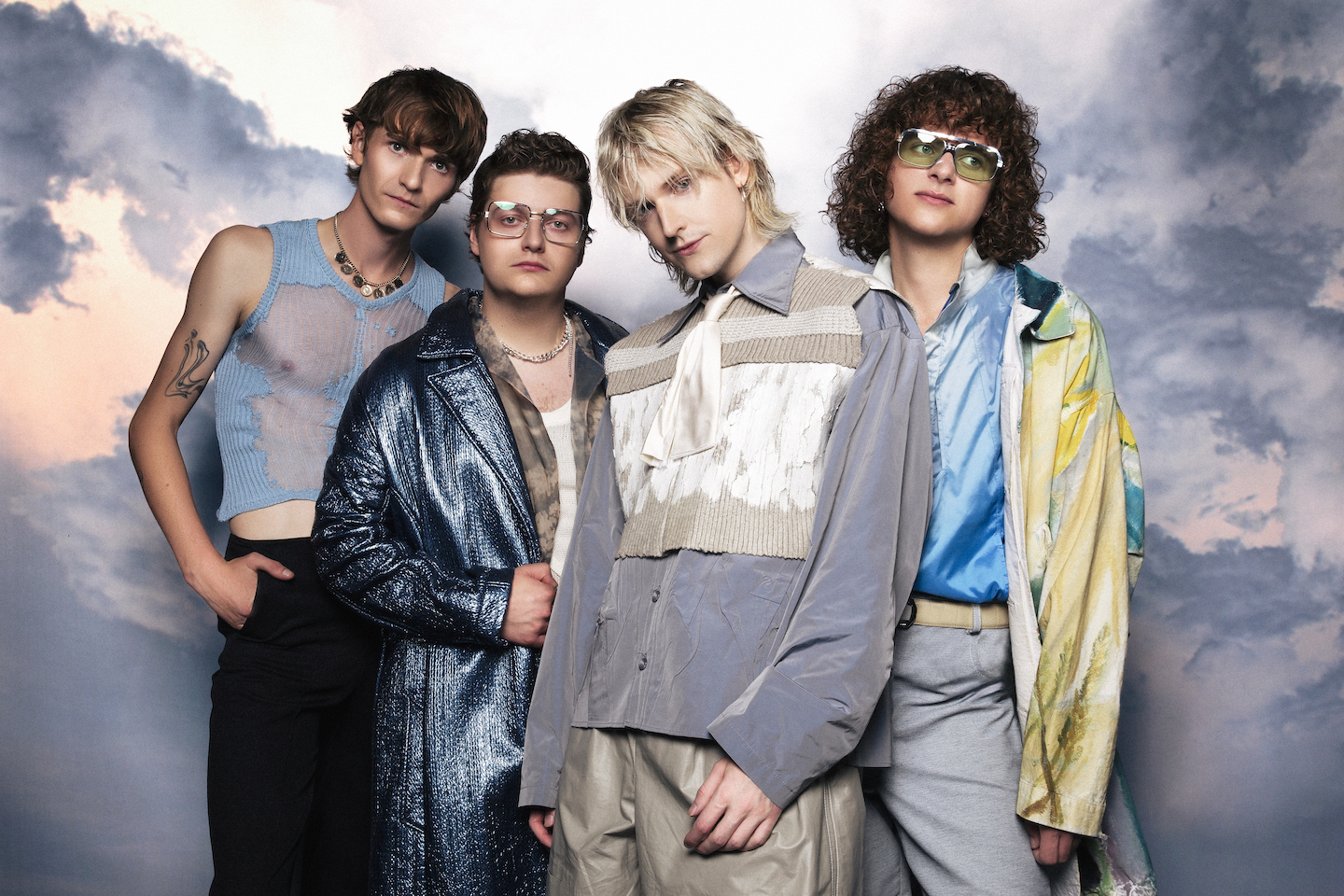 You’ve described your last record as an experimentation process. Is that an ethos that carried into this new EP?

I think it was a stepping stone to this EP. I feel that this EP, and hopefully things going forward, will be much clearer, more kind of focused and streamlined. With that second album, I really just wanted to explore things a little bit more. Maybe I felt I didn’t quite have that opportunity with our first album. I don’t know if I was aware of it at the time, [but] in retrospect it’s so obvious to me that’s what was happening when I was writing the second record.

It’s all a process, and I guess as a songwriter you will — hopefully — get better and refine the craft. That’s all it is, to be honest with you. When I hear other bands or writers — I don’t want to throw shade at anyone, but it’s surprising how some people can just kind of put out the same music time after time. Maybe that’s what works for them and that’s fulfilling for them, but I don’t know. I enjoy the search. I enjoy that process of finding these new things and trying to incorporate them into the mix.

“O Stranger” is produced by Clarence Clarity, who also produced the rest of the EP. How did that production relationship come about?

I just reached out to him. I’ve been a fan of Clarence’s work for a while, and when I had all the demos for the EP done, I just thought that the songs would really, really benefit from having his touch. And they really have — his production is impeccable. You know you’re working with the right person when you don’t really have to keep going back to them like, ‘oh, actually it’s supposed to sound a little bit more like this.’ When Clarence sent back the first few drafts of the stuff he had been working on, it was bang on. That’s a really good feeling. 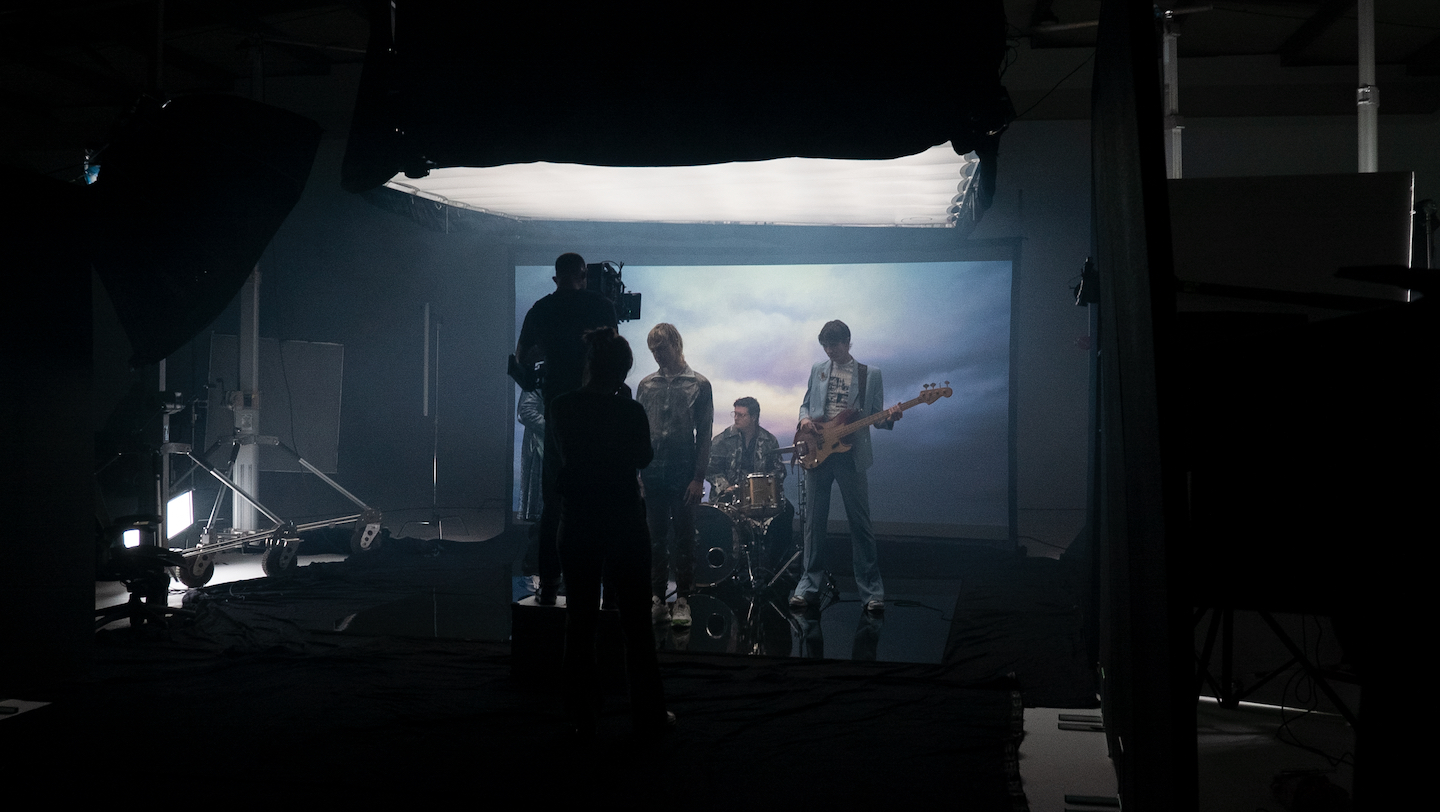 Speaking of collaborators, you also worked with Hannah Diamond on this record. How did you first discover her and eventually get her to work on this EP?

Hannah and I met on a shoot. She took some photos of us for a magazine and we just kept in touch after that, really. When all the tracks were finalised, I thought that it would be really amazing to have someone help build more of the world around where we’re heading. I think maybe what we’ve done in the past has been quite confusing to people — where I take my influences from is quite a varied pool, and I definitely needed someone to help hone in those things and put a frame around what I was doing. I reached out to Hannah, and she was up for it. It’s been such a wonderful collaboration and collaborative process working with her.

Was it similar to Clarence in the way that you were both on the same wavelength and could just trust her with the visuals? Or did you give her directions about the band’s aesthetic and what you wanted to convey?

Total trust. Absolute, total trust. Hannah and I speak every day, so we have a lot of conversations about all these things. But it’s a constant conversation rather than anything like me guiding her, you know what I mean? She was on point from the get go. We just talk, share ideas with each other.

Has the visual aspect always been important to you, or is that something that developed over time as you matured as a band?

It’s always been important to me, and I’m not sure why. My mum was a fashion designer, and I think maybe from an early age she kind of implanted this idea within me that an image holds a lot of value — kind of like that saying that people, especially now, listen with their eyes. So, it’s always been important, but I feel that we’re only just maybe starting to get it right now. It takes time to get something right… People might see this evolution as quite dramatic, but it’s just authentic. We’re not trying to do anything other than what feels good to us. 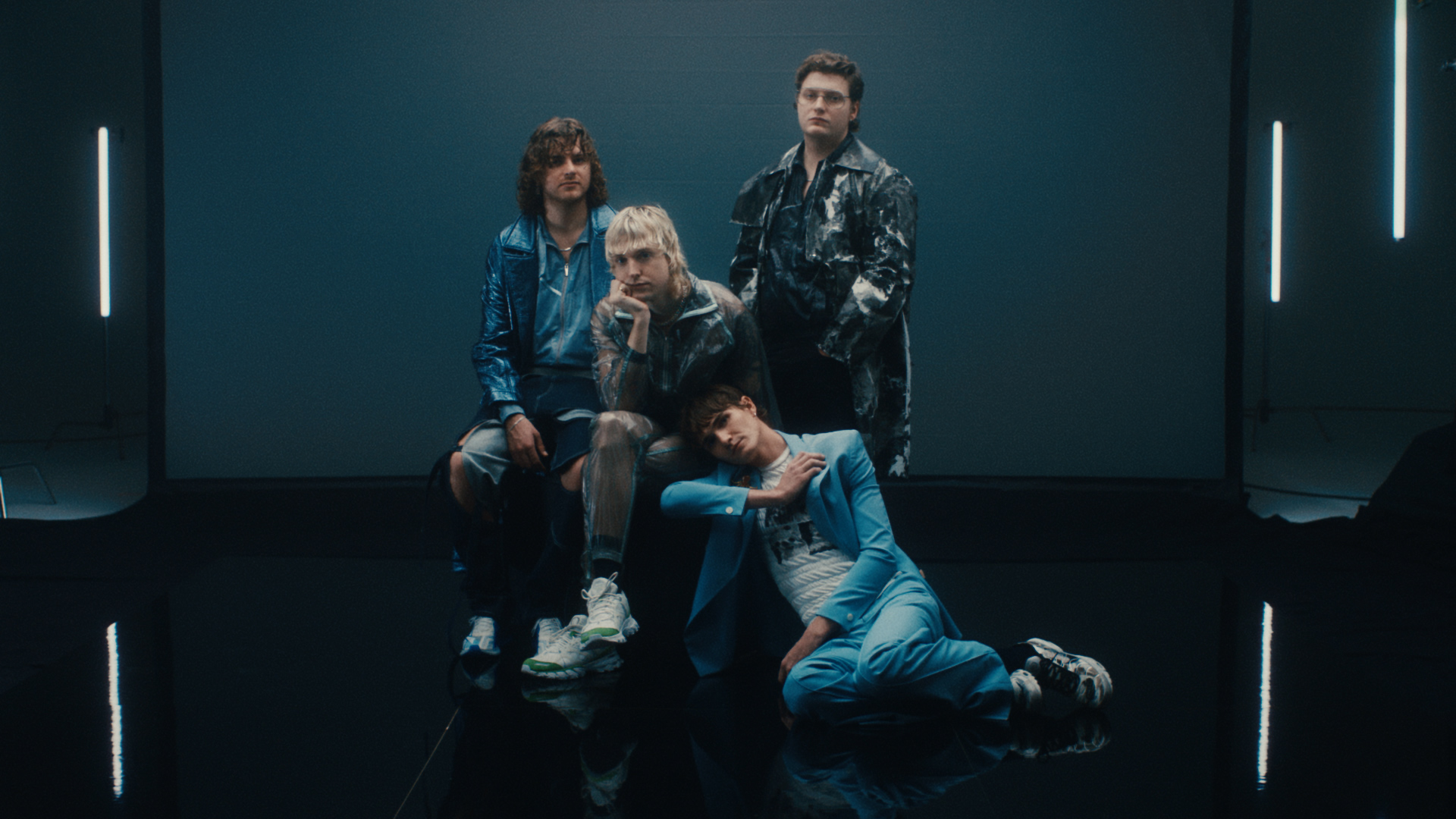 I’ll admit there’s not much of a question here, but I’d be remiss if I didn’t mention it. You have a line on “Kill Me” where you say, “I did too much yoga / had a psychotic moment / so I went to the MoMA / just to be left alone.” That’s something I did basically every other day when I lived in New York.

Every time I thought I was losing it, I would just go to the MoMA and walk around. I pretty much have the place memorised as it was in like 2017.

I guess the question underlying that is, how does it feel when somebody tells you they connect with something in your lyrics that, for you, was quite deep and personal?

Oh, amazing! That’s what this whole thing is about. That makes me feel incredible, really. And with the honesty thing, with me being more introspective with these lyrics, it feels good as well. I think the past two albums have maybe been a little bit more extrospective and grandiose with subject matter. But I’m always reading lyrics back, and no matter what I’m writing about, it’s always about me — whether I’m intending it to be or not, which is fascinating. If I want to know how I’m really feeling, I just look at my most recent lyrics, because they can tell me stuff I’m not even aware of… But this time, it was definitely a much more conscious decision to make it personal, rather than it just being coincidental.

I’ll leave it at this question, which is pretty simple — what are you looking forward to right now?

All right. Well, Oscar, thank you so much for talking with me, and good luck with the EP and everything else you have upcoming.

Thank you! And take care, man. See you in the new world once the coronavirus has been defeated.

Kill Me EP by Sundara Karma is currently available on Chess Club Records.