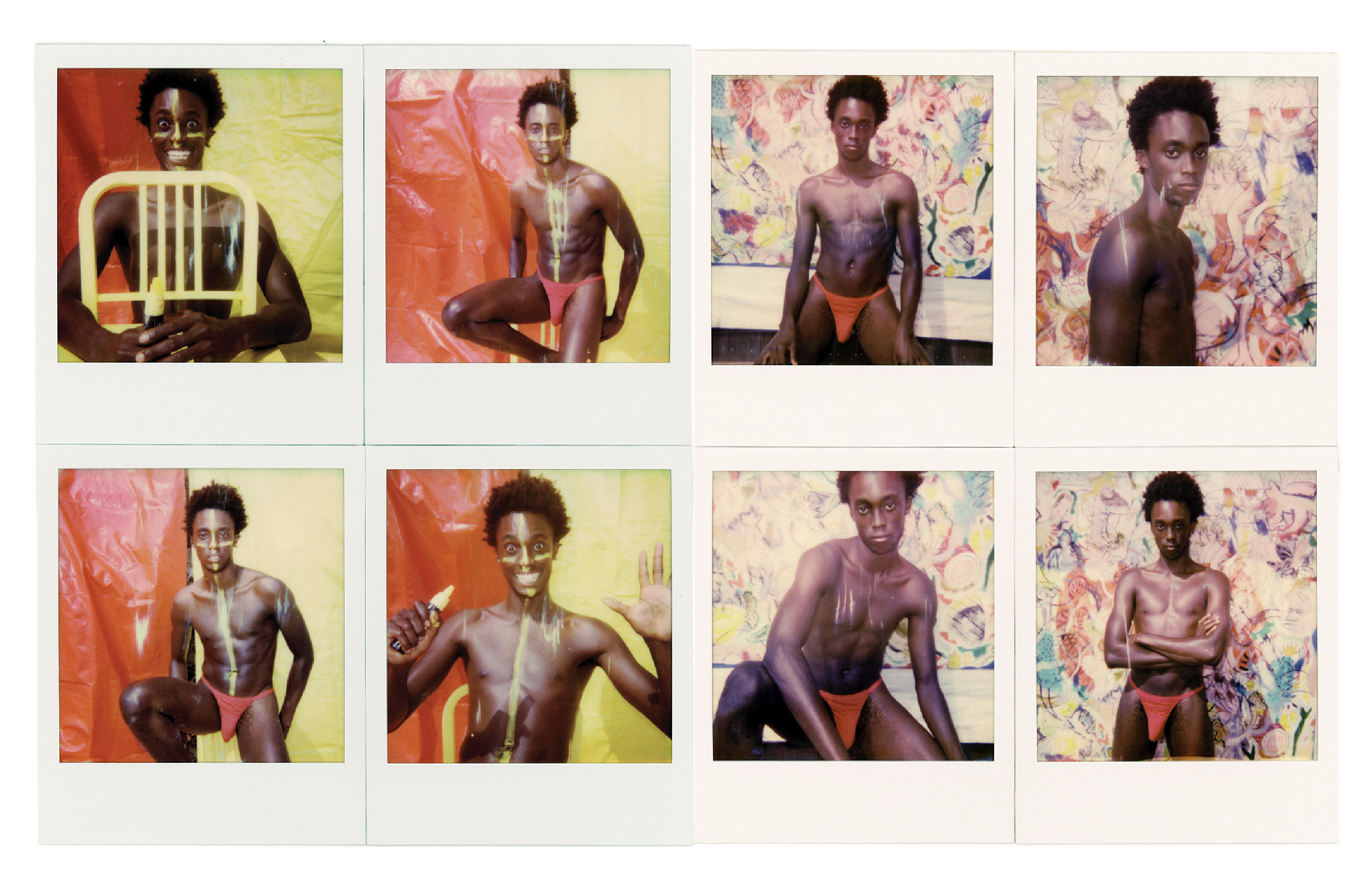 He’s made a name for himself as an iconoclastic and multidisciplinary photographer, filmmaker (including a stint in the porn industry), writer, and visual artist at the forefront of queer activism. But before the reverence and representation by the finest galleries, museums and publications, Slava Mogutin was a victim of homophobic vitriol and hostility in Russia, where he was one of the country’s first openly gay public figures and a prominent journalist in the post-Perestroika period. He earned even greater infamy and ruthless persecution for attempting to orchestrate the first same-sex marriage in Moscow. Forced to seek political asylum in the US in 1994, Mogutin has since built a prolific career for himself while continuing to shed light on his community and the issues plaguing it.

Mogutin is currently jointly showing Polaroid Rage and Black is Beautiful at the Galerie Kernweine in Stuttgart, Germany. Shot over the last two years between New York, Los Angeles and Berlin, they are a tender tribute to the Black Lives Matter movement and his community, including contemporaries, collaborators and friends such as Durk Dehner, Genesis P-Orridge, and Buck Angel. In the wake of the Pope’s acknowledgement of same-sex unions and as the US hurdles toward what will be a decisive election, Mogutin’s work is perhaps more pertinent than ever. Schön! caught up with the artist in the midst of all the chaos, and if there’s one takeaway, it’s that Mogutin’s art and activism are inseparable.

This series was shot mainly between Berlin, Los Angeles and New York. Why these locations, and how have these cities influenced yourself and your work?

I like the idea of not having a permanent base, but those are my three favorites places. I’ve spent more time in New York than anywhere else and I still love it for everything it has to offer. Berlin comes next; I fell in love with that city the first time I went there in the late 90s. Los Angeles is a perfect place to escape New York and Berlin, especially in the winter. It’s ideal for outdoor shoots all year around. 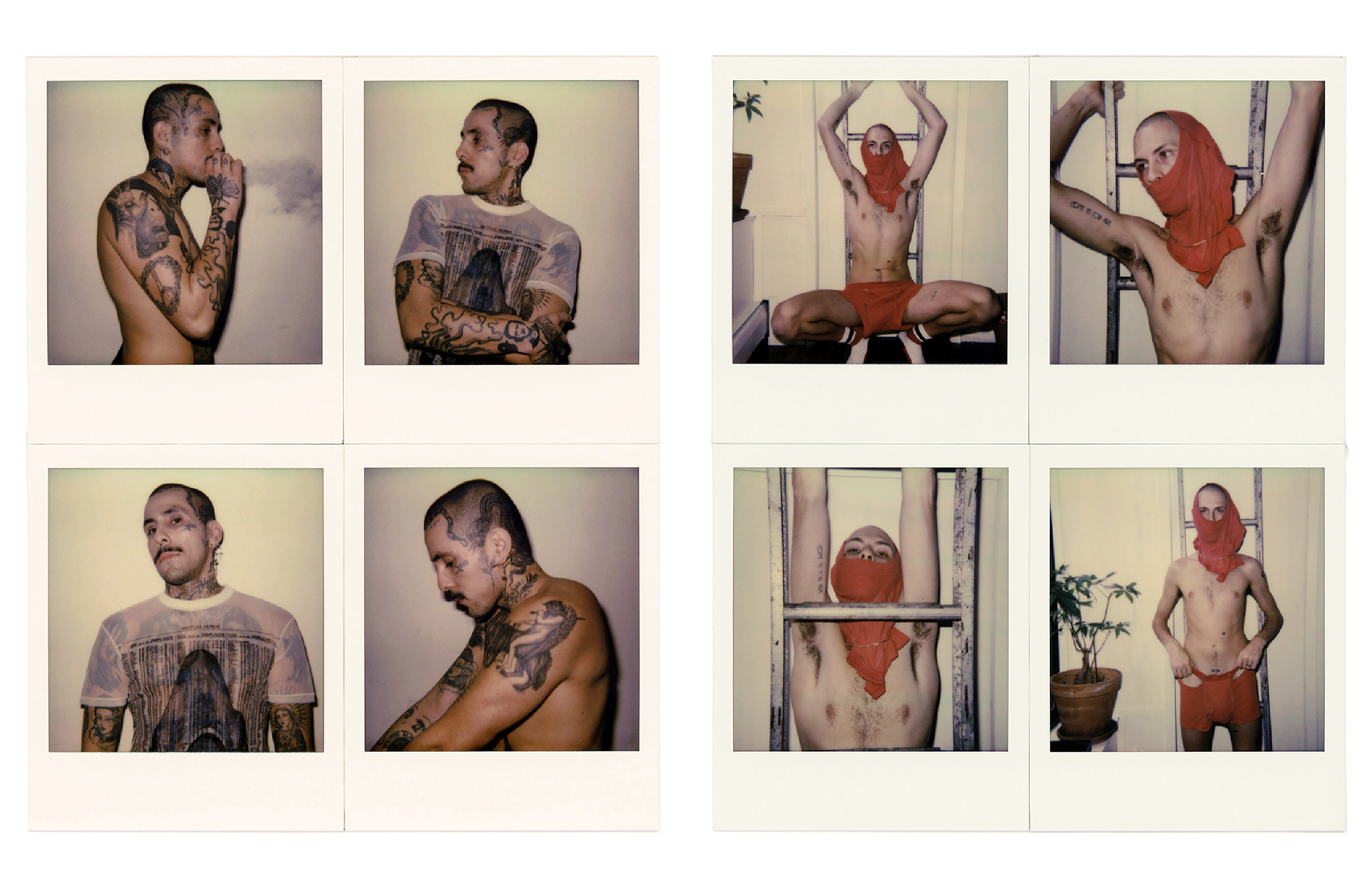 Why did you use Polaroid as the medium for this particular series?

It’s a perfect medium for nomadic life. It’s convenient and rewarding because you see the results right when you shoot, and you don’t need to worry about using photo labs for processing. You can edit while you shoot, and it’s a magic moment that you can share with your models-collaborators.

Some of the shots give a nod to artists including Caravaggio, Peter Hujar, and David Hockney, to name a few. How did these artists inform your work on this series?

I love paying tribute to artists who influenced me. I’m very much inspired by David Hockney’s Polaroid collages; he’s the absolute master of the medium. There were so many great photographers who worked with Polaroid: Warhol, Mapplethorpe, Lucas Samaras, Carlo Mollino, Guy Bourdin, Helmut Newton, Mark Morrisroe, Chuck Close, Maripol, and Tom Bianchi. It’s fascinating to see the trajectory of Polaroid photography with the advancement in technology and attitudes towards nudity. For many artists, it was a perfectly discrete voyeuristic tool, the most private body of their work. Most of Mapplethorpe’s and Warhol’s nudes would be considered pornographic and “not safe for (corporate) work” by today’s “community guidelines” on social media.

Many of the shots capture intimate and almost private moments. Do you have a personal relationship with all of the models in the series?

Intimate and private is what this series is about. I think the nature of Polaroid is very intimate and sexual. It’s best for closeups in one-on-one settings. You really get to know people while shooting them, and in some cases those photo sessions turn into friendships and relationships.

Being able to shoot between three cities and two countries seems like a relic of the past considering how 2020 has played out. How has the pandemic affected you and your work?

Quoting William S. Burroughs, “It is necessary to travel, it is not necessary to live.” I totally identify with this idea, and I always feel inspired when I travel. I spent most of my 20s and 30s traveling around the world, living like a nomad out of a suitcase filled with cameras and film. Only recently I had a chance to develop and scan my vast film archive thanks to the lockdown. I’ve been doing a lot of editing and working on several new books. And I’m working on a new series of Quarantine Portraits. 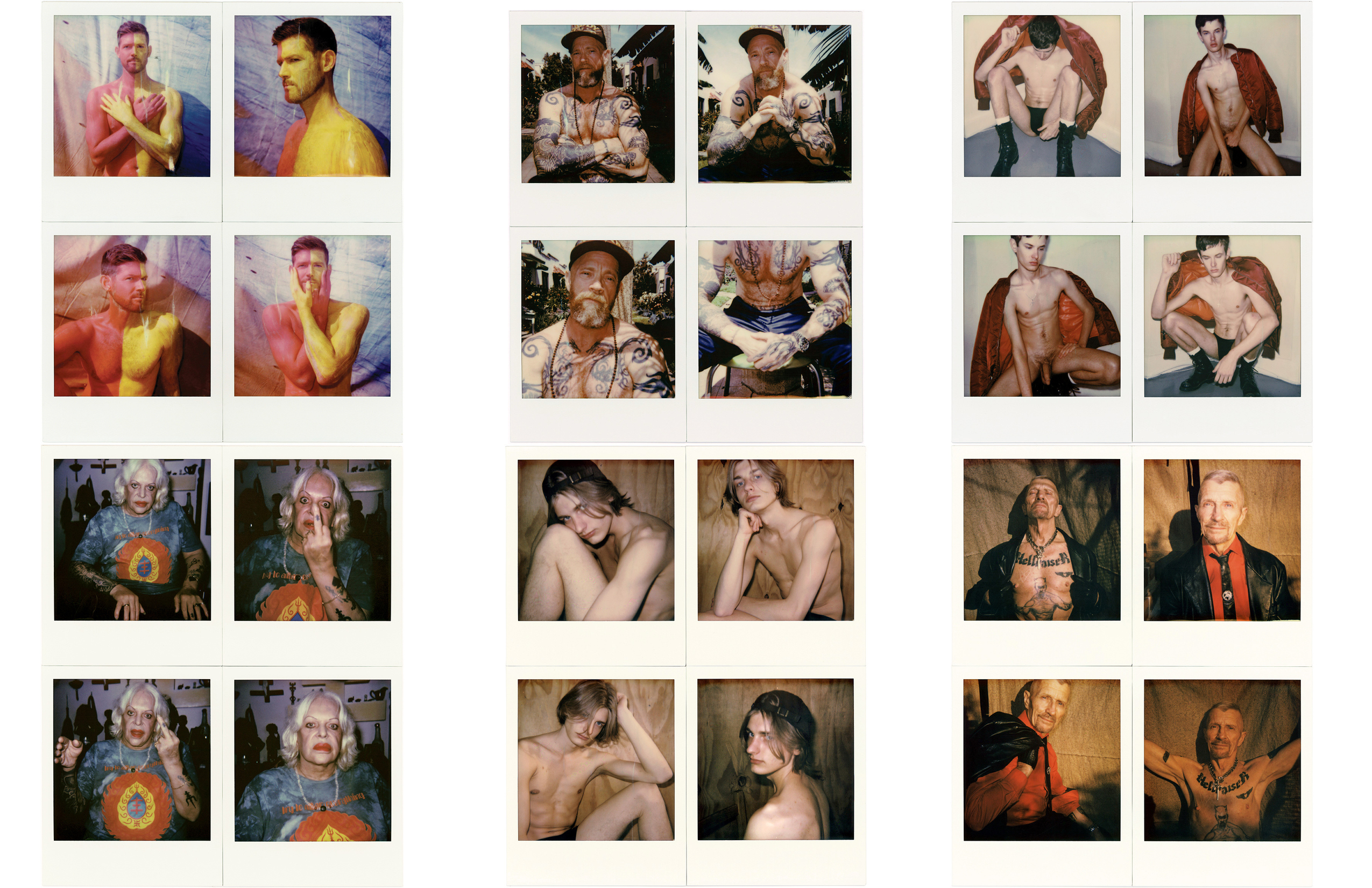 The collection on display also includes your “BLACK IS BEAUTIFUL” series. How has your status as an immigrant and refugee influenced your work, and this series in particular?

Being a refugee, a displaced person, is a big part of who I am, and I want my art to celebrate and empower my community: people who are persecuted and marginalized. With this show, I want to make a statement of solidarity with Black Lives Matter movement. I know what racism in America is about — racism and homophobia usually go hand in hand. You can be killed for being black, gay or trans in the US, just like you can be killed for being gay in Russia, Chechnya or many other parts of the world — [there are] over 70 countries where homosexuality is still illegal.

Many people would prefer to keep politics away from the dinner table, but you said in your artist statement that the personal is political, and vice versa. What exactly does this mean to you?

I always speak my mind, and I speak from the heart. I cannot separate my art from activism. When I attempted to register the first same-sex marriage in Russia, it was both personal and political. It was an act of defiance against the system of state-sponsored homophobia and bigotry at the time when same-sex marriage wasn’t legal anywhere in the world. Eventually I had to flee Russia but I made my point. As of today, 30 countries around the world legalized same-sex marriage, with Russia still trailing behind. And days ago the Vatican announced its support for same-sex unions after many years of fierce resistance. 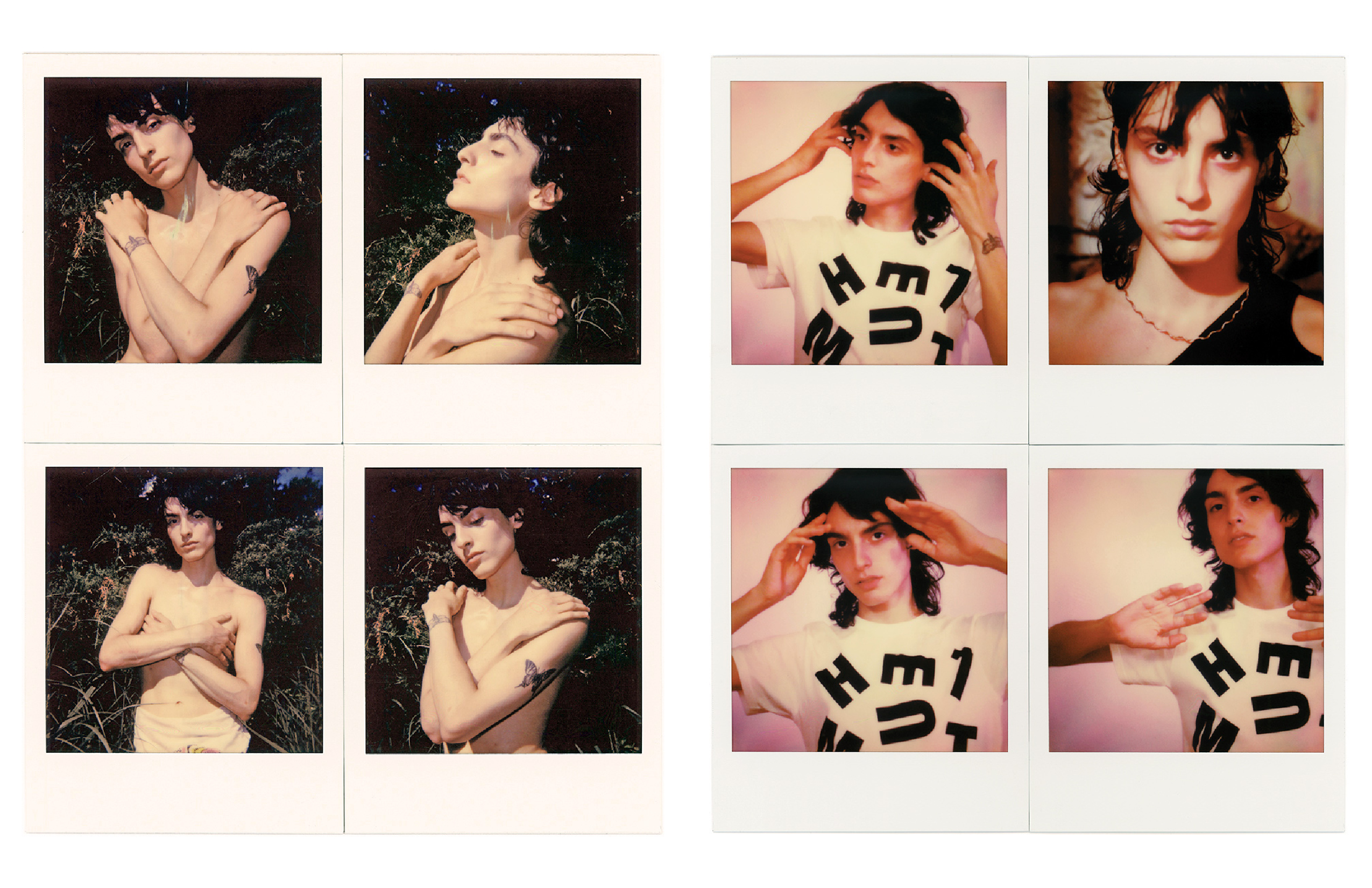 NYC and its residents are some of the most resilient, but Trump has repeatedly remarked that the city will never recover and that it “has gone to hell.” As a New Yorker, how has your community come together during these challenging times and what has your role in it been?

I’m not on Twitter and I don’t follow Trump’s tweets. He says a lot of stupid, ridiculous things. He took advantage of the city since the 70s. Most New Yorkers I know hate him and his policies. I went to many protests against Trump and police brutality; that’s how my community came together when we took to the streets and made our voices heard. I’ve seen more rallies and protests in four years of Trump’s presidency than in my previous 20 years in New York. It says a lot about the resilience and resistance of my city.

How do you motivate yourself when times get tough?

Coming from Russia, I’m used to tough times. When times get tough, I make art and write poetry. That’s what I did during 9/11 and Hurricane Sandy, and that’s what I continue doing in the time of COVID. I’m blessed with an abundance of creativity and ideas. I never sit and wait for the opportunity or inspiration to come; I make art despite all the odds, and that’s what keeps me going. Creativity is a muscle — if you don’t use it, you lose it! 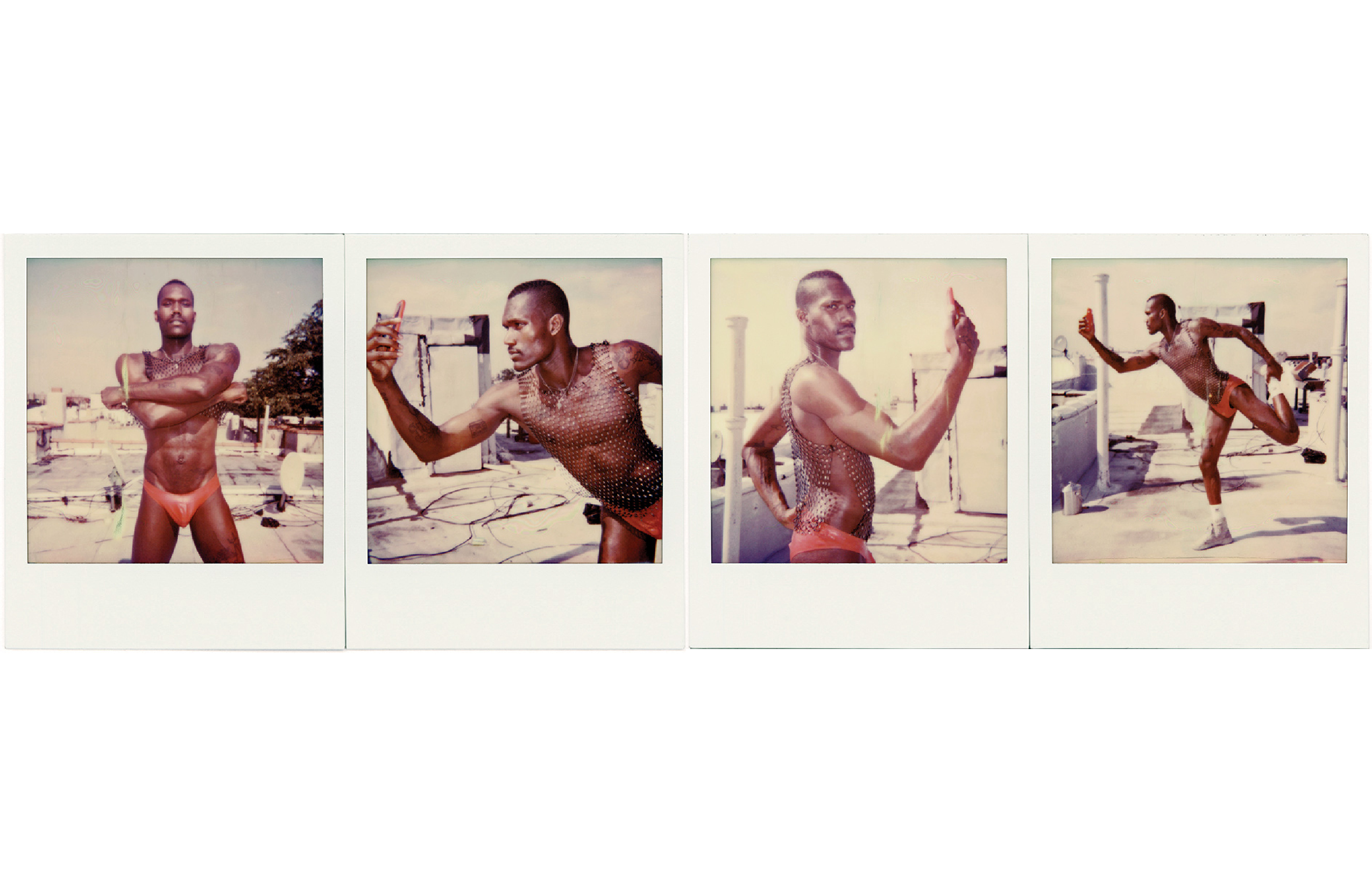 What is currently your greatest fear and greatest hope?

The fears are many: hatred and violence, perpetual war and destruction, the evils of materialism and consumerism that turn us into corporate slaves. Apathy and nihilism, when people stop feeling the pain of others and even their own pain, and when they don’t believe in anything, even themselves. More than ever, we live in a total bubble with authentic human connections being replaced by impersonal virtual interactions. In my view, that’s the main cause of division and disaffection we’re now witnessing all over the world.

And my greatest hope is for the more open, tolerant and compassionate society. Tolerance, compassion and mutual respect is what we desperately need right now — being able to listen to the other side and accept the diversity of human nature without judgment and prejudice. I dream of the Queer Utopia where people of all walks of life can simply be themselves, without being killed, harassed or censored. 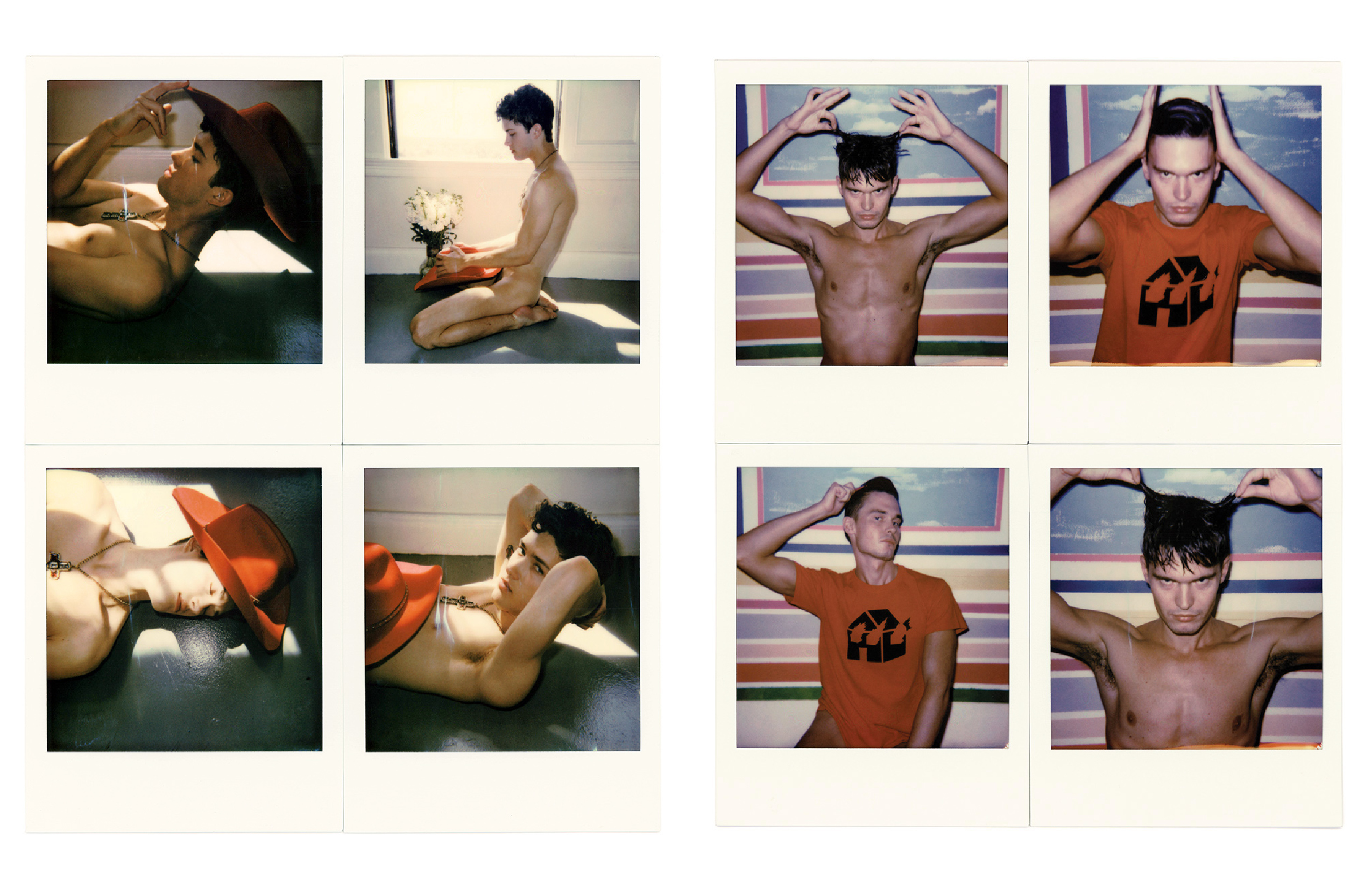 Slava Mogutin’s POLAROID RAGE and BLACK IS BEAUTIFUL is currently on view at Galerie Kernweine in Stuttgart through November 22. Mogutin’s Polaroids are also on view at Villa Noailles Art Center in Hyères, France, as part of “Love My Way” exhibition, and in an upcoming show at Schwules Museum “Intimacy: New Queer Art From Berlin and Beyond.”