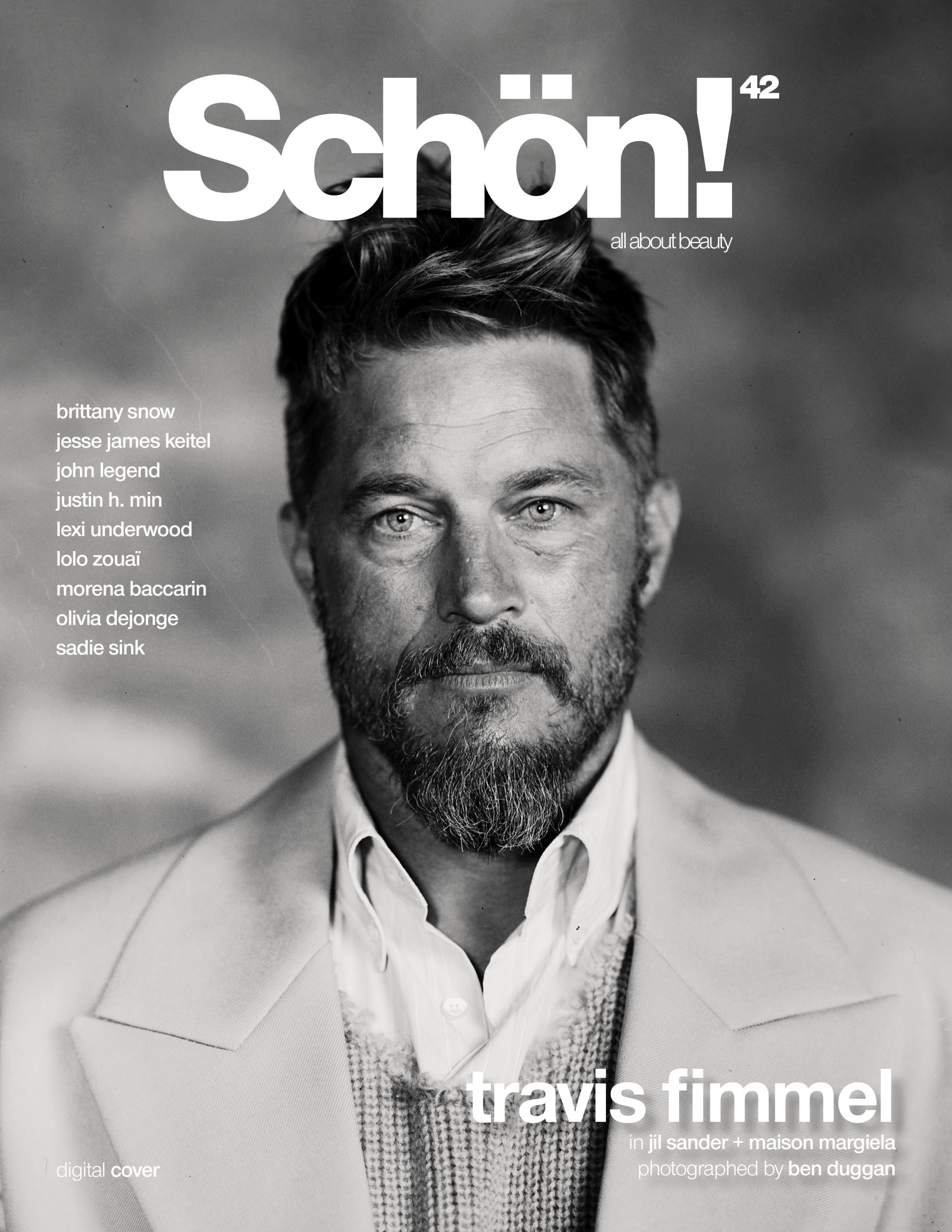 Travis Fimmel, wearing Jil Sander and Maison Margiela for this digital cover, becomes both bounty hunter and producer in the Western That Dirty Black Bag.

Travis Fimmel, best known for his roles as Ragnar Lothbrok in Vikings and Marcus in Raised by Wolves, is back on our screens in That Dirty Black Bag, a Western where a sheriff and a bounty hunter face off. “You could say it’s a revenge story, but it’s such a great spaghetti western,” Fimmel tells us, his Australian accent still intact despite over 20 years of living Stateside.

The AMC+ drama series set in the savage Wild West chronicles an eight-day battle between Sheriff Arthur McCoy [Dominic Cooper] and Red Bill [Douglas Booth], infamous for decapitating his victims and dragging their heads in a black bag. “The lead character’s mother was slaughtered when he was a child and he witnessed it,” Fimmel explains. “So, it’s him searching for that man, and the rivalry he finds along the way.” In the series, Fimmel plays another bounty hunter, but one who teaches kids the craft of seeking rewards. Despite struggling with a lot of personal issues, his character always tries to do what he thinks is right. “Unfortunately, I was supposed to have a bigger role but, because of COVID, I ended up having to go to other commitments.” However, Fimmel also had part to play behind the scenes as a producer. “You forget how those old movies work. It’s very unique! I hope the genre will pick up again,” he tells us.

Producing seems to be the logical continuation for the 42-year-old after being in front of the camera for so long. Over the years, he has become a staple on the small and big screen. We have seen him portray Tarzan, a math major in Maggie’s Plan and the commander of the human forces in Warcraft. For Raised by Wolves, Fimmel was personally hired by Sir Ridley Scott, with whom he enjoyed “a lot of dinners, great talks on life in general. He’s like me. He doesn’t like to talk about business.” However, the actor’s most notorious role came in 2013 when he was cast in Vikings as Ragnar Lothbrok Sigurdsson, a 9th Century farmer and warrior. Over the first few seasons of the show, we follow Ragnar on his journey from farming in his hometown to his conquest of England, before becoming the king of Denmark. 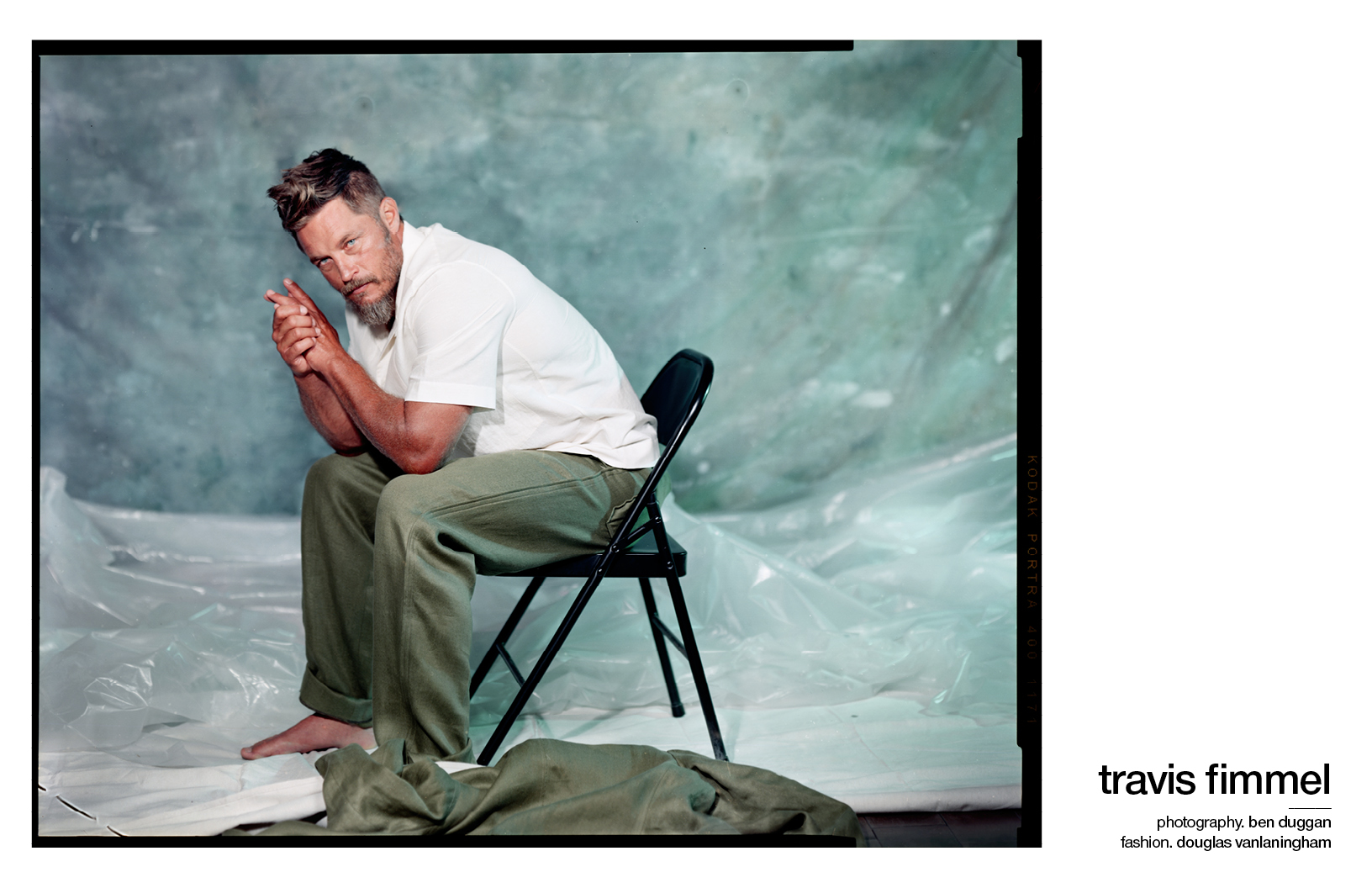 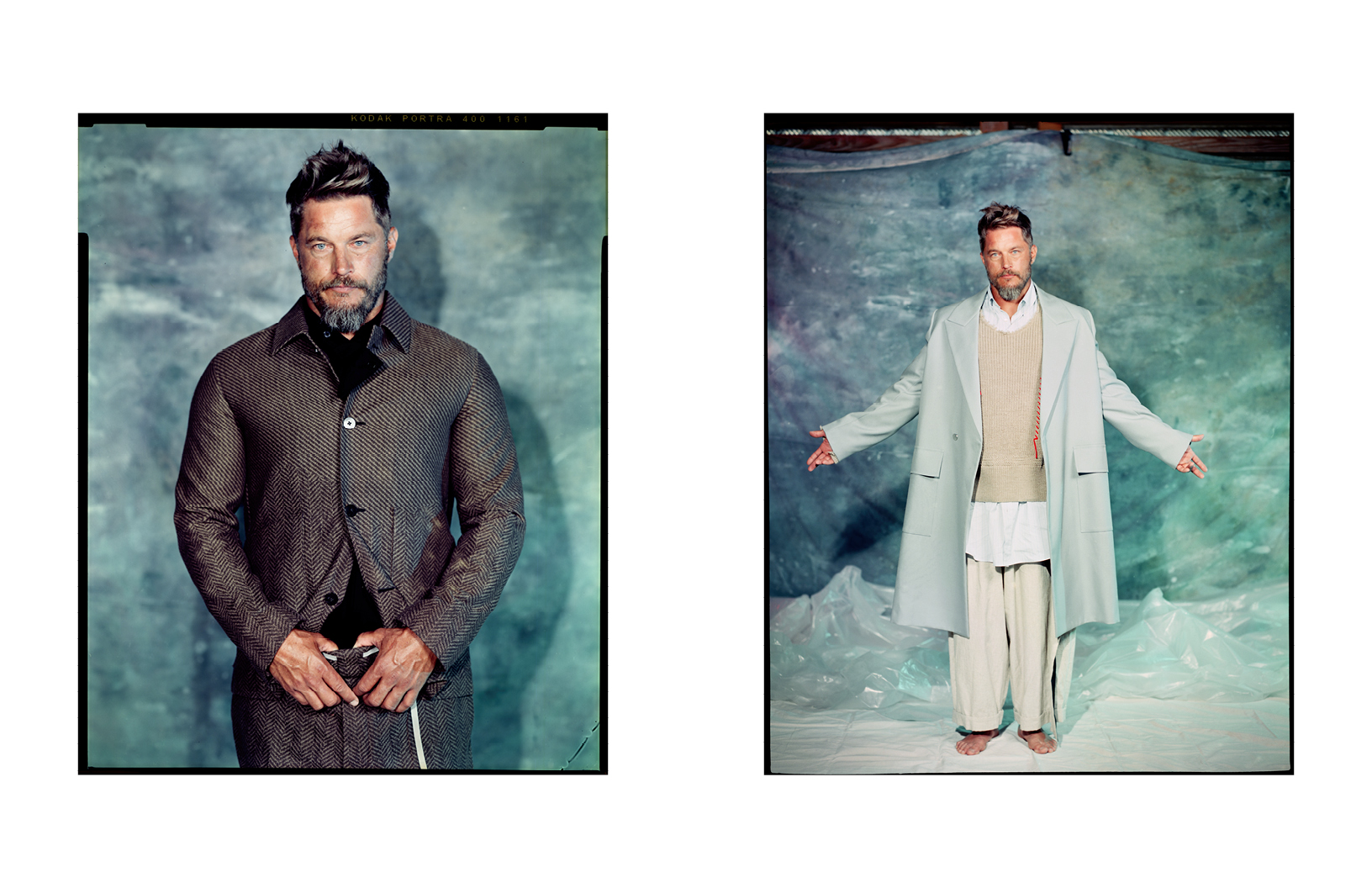 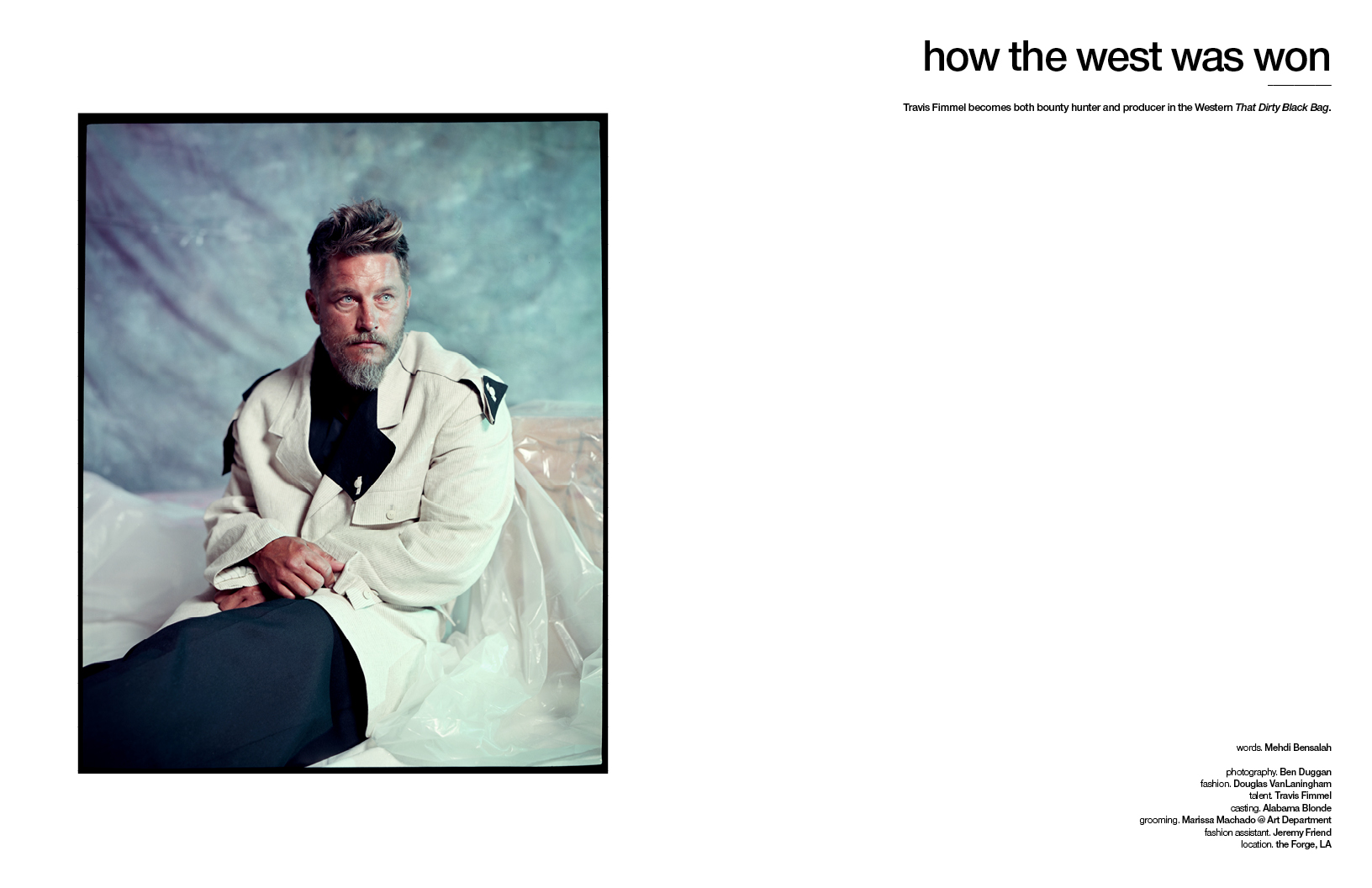 Season 2 of Raised by Wolves is available on HBO Max.
That Dirty Black Bag is on AMC+ now.

Discover the full editorial and our chat with Travis Fimmel in print in Schön! 42. You can download your issue with this digital-only cover exclusively here.