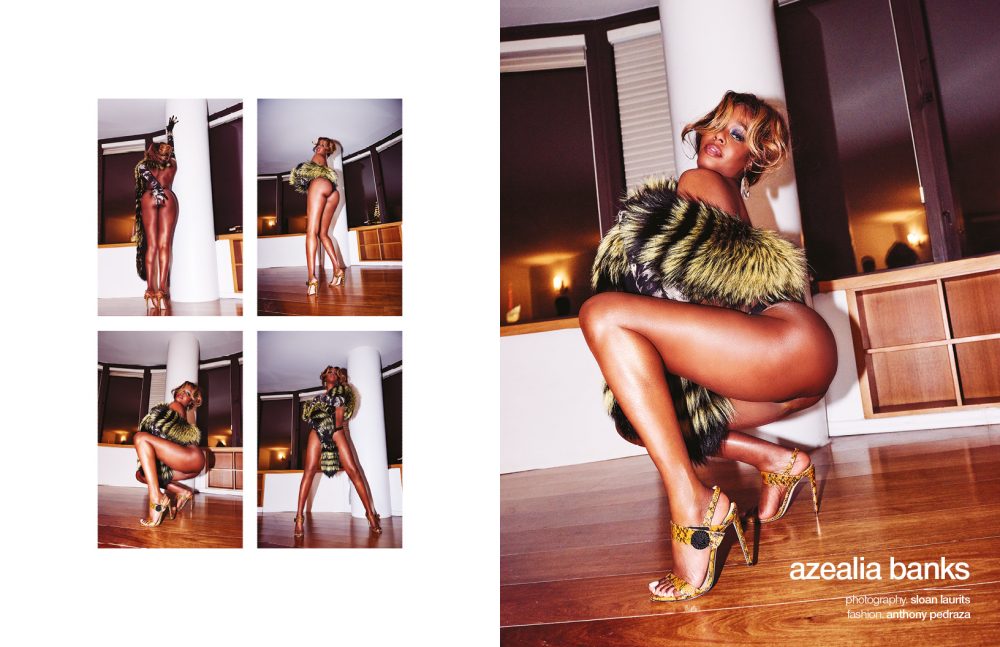 Azealia Banks is an open book. The Harlem rapper burst onto the scene in 2011 with viral hit 212, which left an indelible mark on rap culture. She has a velvet voice made for radio and a sophisticated delivery comparable to Lil’ Kim and Remy Ma. Banks’ signature flow is almost always accompanied by a House beat inspired by New York ballroom culture. She says her characteristic style is influenced by artists like Kanye, Beyoncé and Chaka Khan, while her alter ego Yung Rapunxel “is totally inspired by Keith Flint”, late frontman of The Prodigy. Banks embodies the spirit of a leader. When people look back at her legacy one day, she hopes the youth will still think she’s relevant: “Like how do you think Jay-Z’s still cool? Young rappers are still going back to his music.”

Banks is warm, inviting and speaks fondly of growing up as a theatre kid. She attended renowned performing arts high school LaGuardia, which boasts star-studded alumni such as Timothée Chalamet and Jennifer Aniston. “I still have this little girl ‘I wanna be on Broadway!’ thing,” Banks laughs. “When I was in junior year, my drama teacher said, ‘Azealia, you’re going to be famous and you have to make art, because if you don’t make art, you’re going to commit suicide.’” she recalls. “I remember being like, ‘Holy shit! You’re right!’ So, I’m happy 212 happened. It moved the culture.”

Before retweets and Instagram co-signs, word of mouth was the key to exposure, so, Banks posted songs to Myspace, and New York’s downtown party culture helped spread her music. “LaGuardia is one of those schools that has ties to the NYC art scene,” she explains. “We were the cool kids always at parties back in the day. Somebody knew somebody, who knew somebody, who knew me. Then [my music] popped off within a matter of four months.”

When Banks was on the come-up, the media revelled in creating false rivalries between female rappers. She’s pleased to see today’s environment is more supportive and collaborative. “It was like any girl that came out had to be against Nicki Minaj. Now all these girls are like, ‘Fuck it, we’re going to make more money together,’” she says. “I’m not going to lie. It does make me a little jealous because I’m like damn, Hip Hop, y’all did not give my class of girls this chance.”

The road of a trailblazer can be a lonely one. As a vocal public figure, Banks knows this better than anyone. “I have a company called CheapyXO. The soaps are my merch items and the gag is that Azealia sells soap because Azealia’s got bars,” she jokes. “I started it all by myself three years ago after the Zayn Malik thing happened. I got blacklisted. I had so much time on my hands. I was like ‘I need to do something with my rage. I can’t keep raging like this.’” 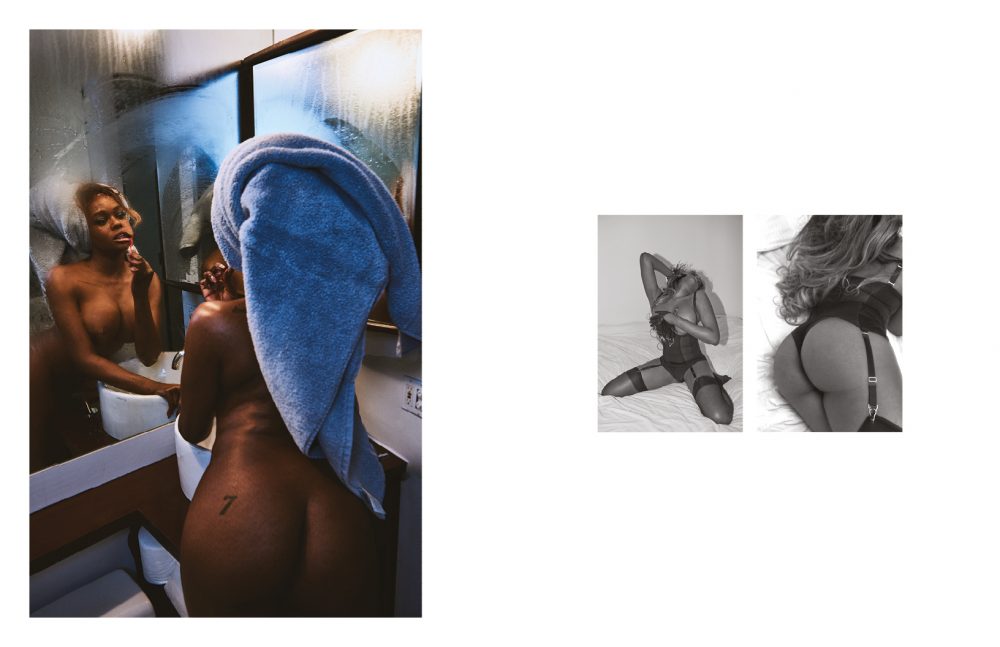