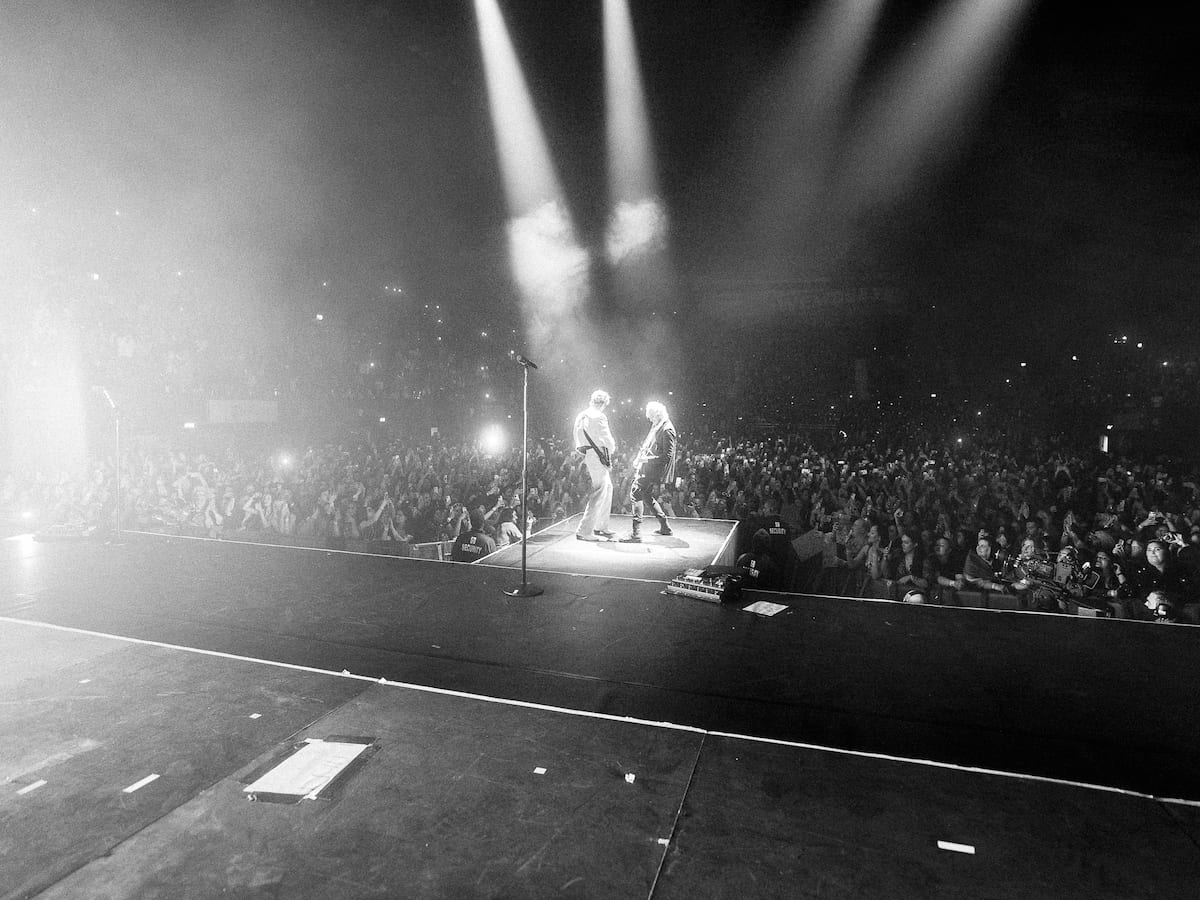 After four albums, with three of them entering the Billboard 200 at #1, London welcomed pop-punk band 5 Seconds of Summer (5SOS) to a sold out Wembley Arena on Wednesday, 6 April. With the London weather feeling like anything but summer, the crowd still got that summer feeling for a raucous and captivating show.

It was 2015 when 5SOS’ drummer Ashton Irwin told Rolling Stone, “we want to be for everyone.” Seven years later, 5SOS it seems that mass appeal is here, with the band returning to Wembley Arena for the Take My Hand World Tour.

Over the years, there has been a lot of discourse on whether 5SOS is more punk or more pop. This live show confirms that 5SOS is musically malleable, capturing audiences with a signature sound that which can only be described as ‘everlasting youthful rebellion.’ Their songs are carefully delivered to sound good and make one feel good — comforting fans through breakups, makeups and all the inbetweens.

As the audience has grown, so too has the band — staying true to their signature sound, but also allowing room to evolve within it. A true testament to their artistic fervency, as not many bands can endure change whilst still having this lasting impact. 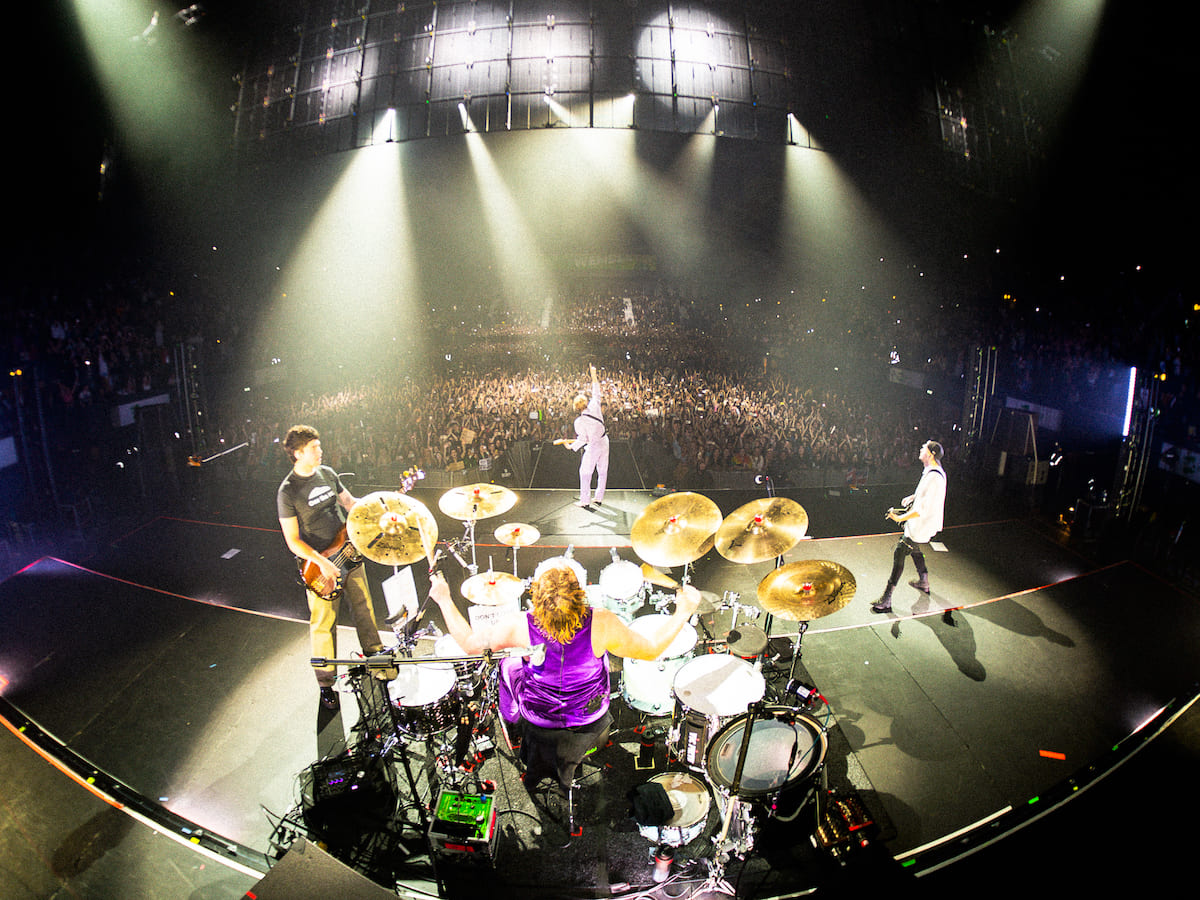 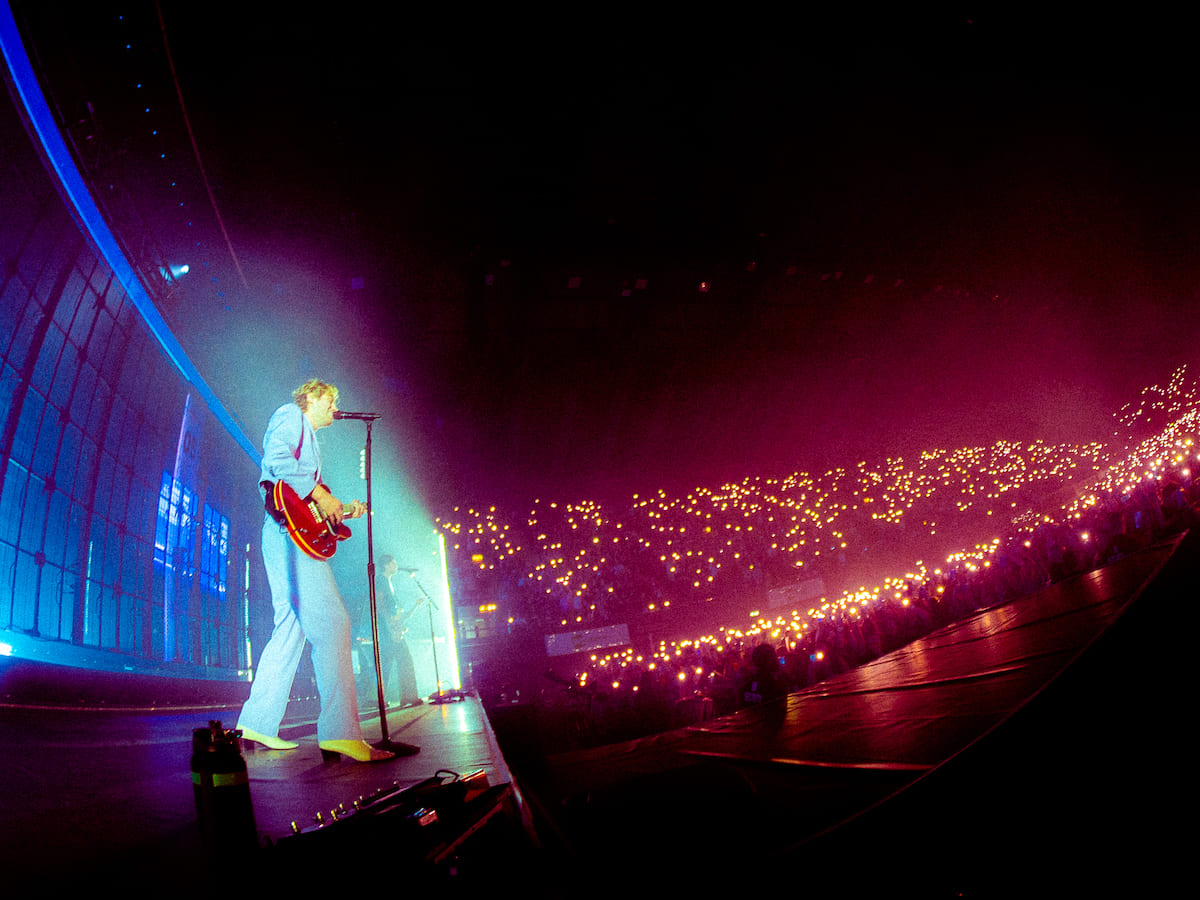 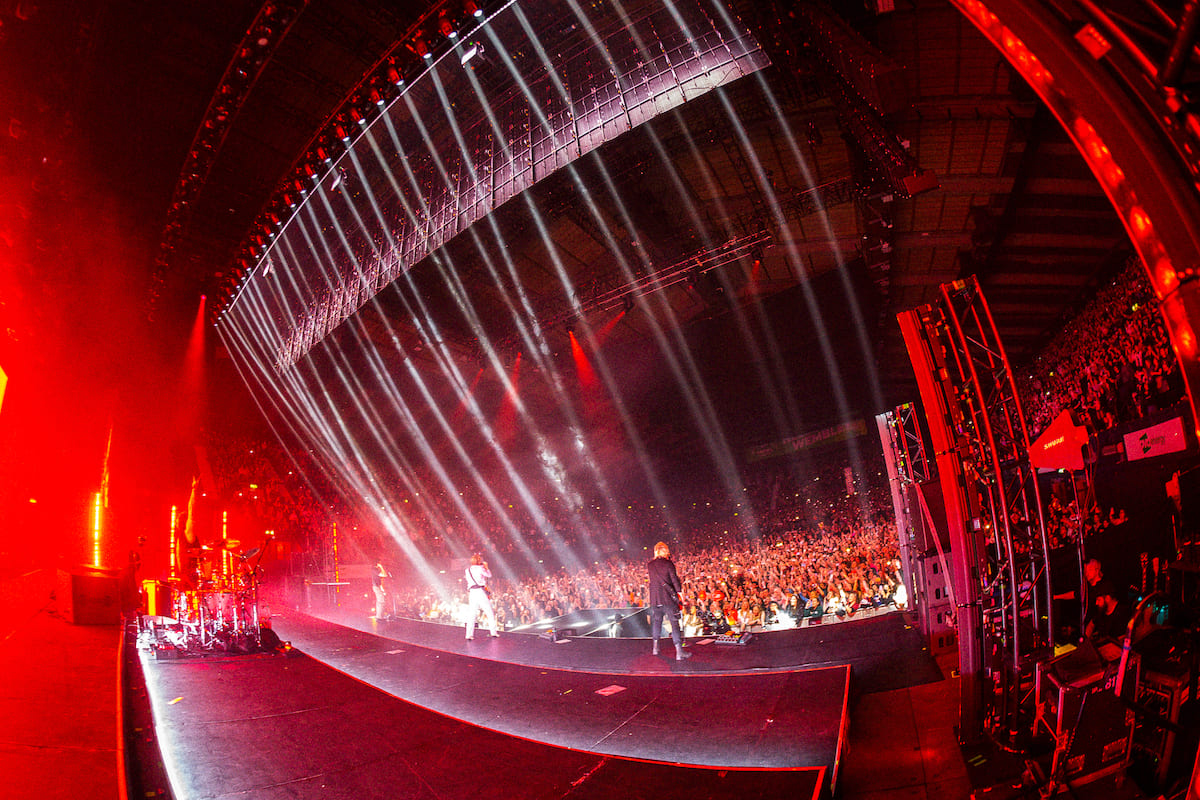 Upon physically entering the walls of the OVO arena, it is time to leave them again — musically — and embark on the out-of-this-world time machine of melodies from the last decade of 5SOS. The visual production consists of animated starry backdrops and deep dives into the clouds as the audience intermittently pays homage to the slower pop ballads via phone lights.

The crowd’s energy does not falter for even a minute as they anticipate the next anthem on the musical journey, screaming every lyric to every song with total conviction. Classics like Amnesia and She Looks So Perfect provide a nostalgic stopover of summers’ past before the band takes fans to an unreleased song Easy For You To Say, this time explicitly embedding nostalgia in their lyrics: “this nostalgia in my bones.” 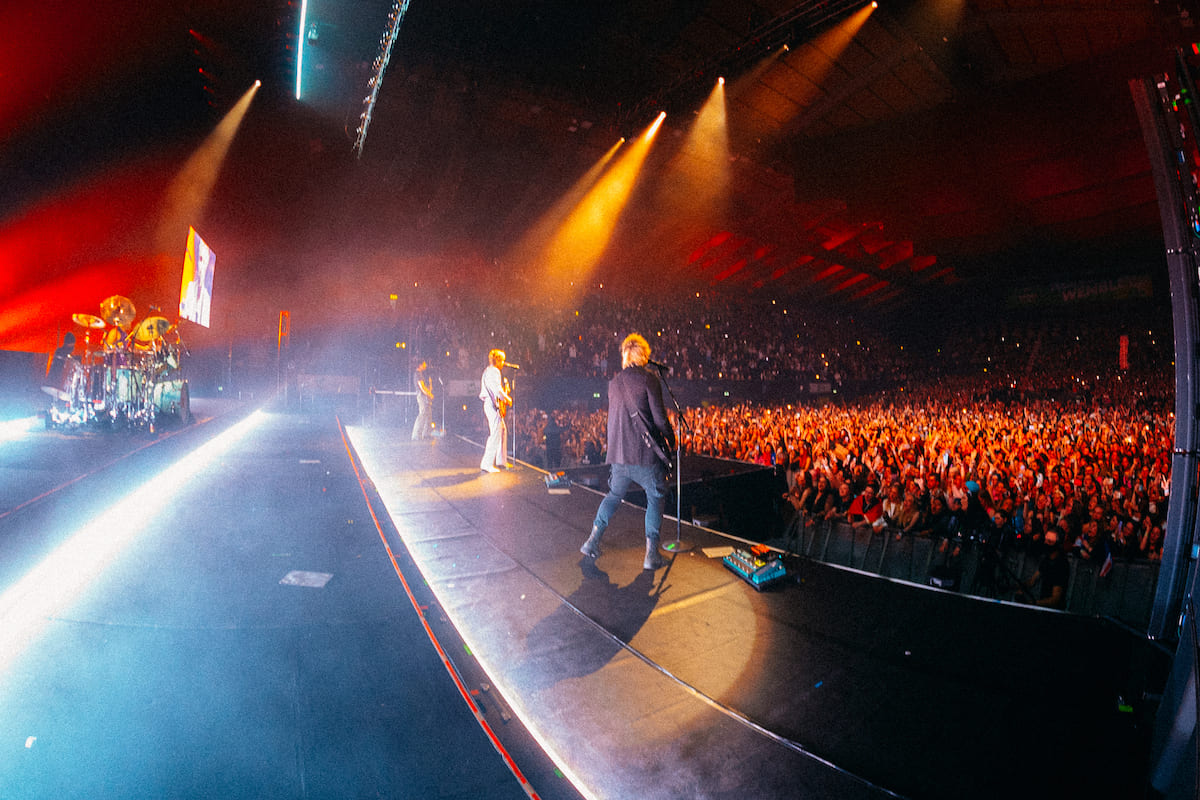 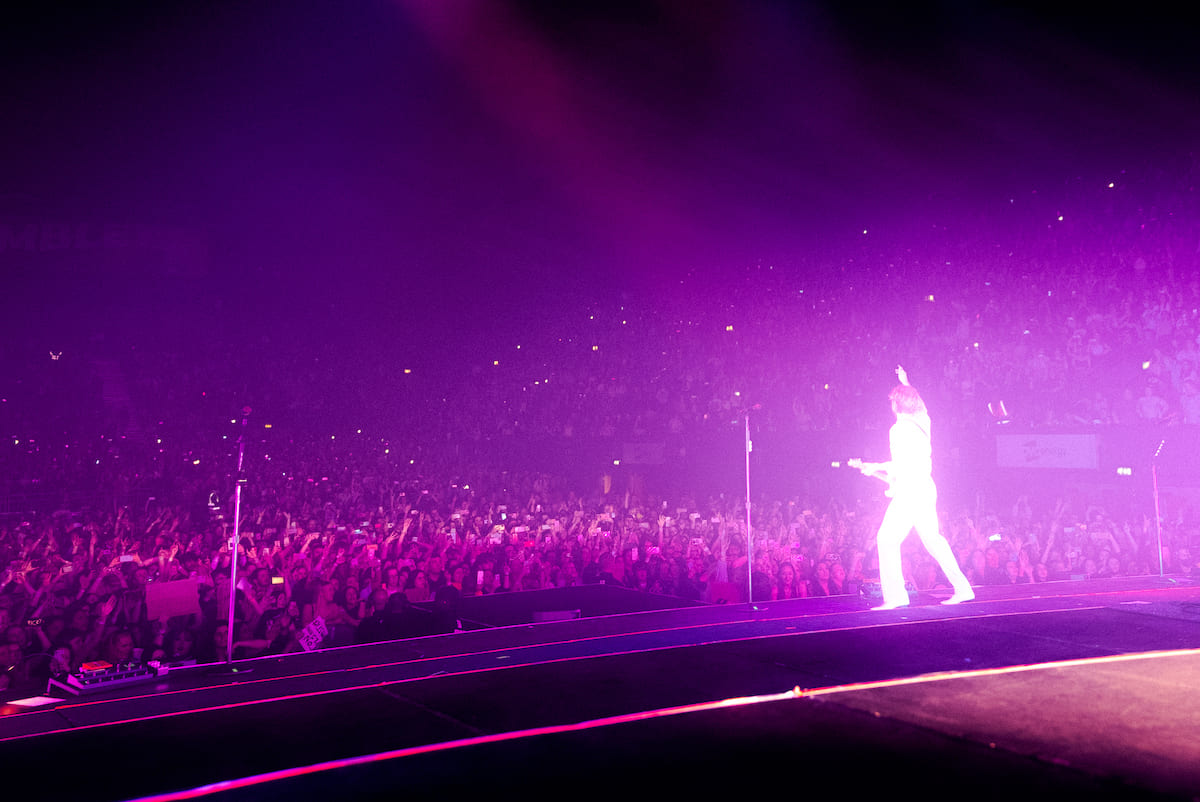 Want You Back and Complete Mess fill the arena with a raw vulnerability reminiscent of the group’s older pop melodies. Confirming the fifth studio album is finished “but not announced, but will be at some point”, 5SOS’ lead guitarist Michael Clifford declares the album had the group feeling “creatively fulfilled.” When lead vocalist and guitarist Luke Hemmings speaks, and when bassist Calum Hood sings, the crowd screams. The band’s command is raw, yet honest — playful, yet intense.

The return to Wembley was long overdue, and in the words of 5SOS, nights like these live forever. 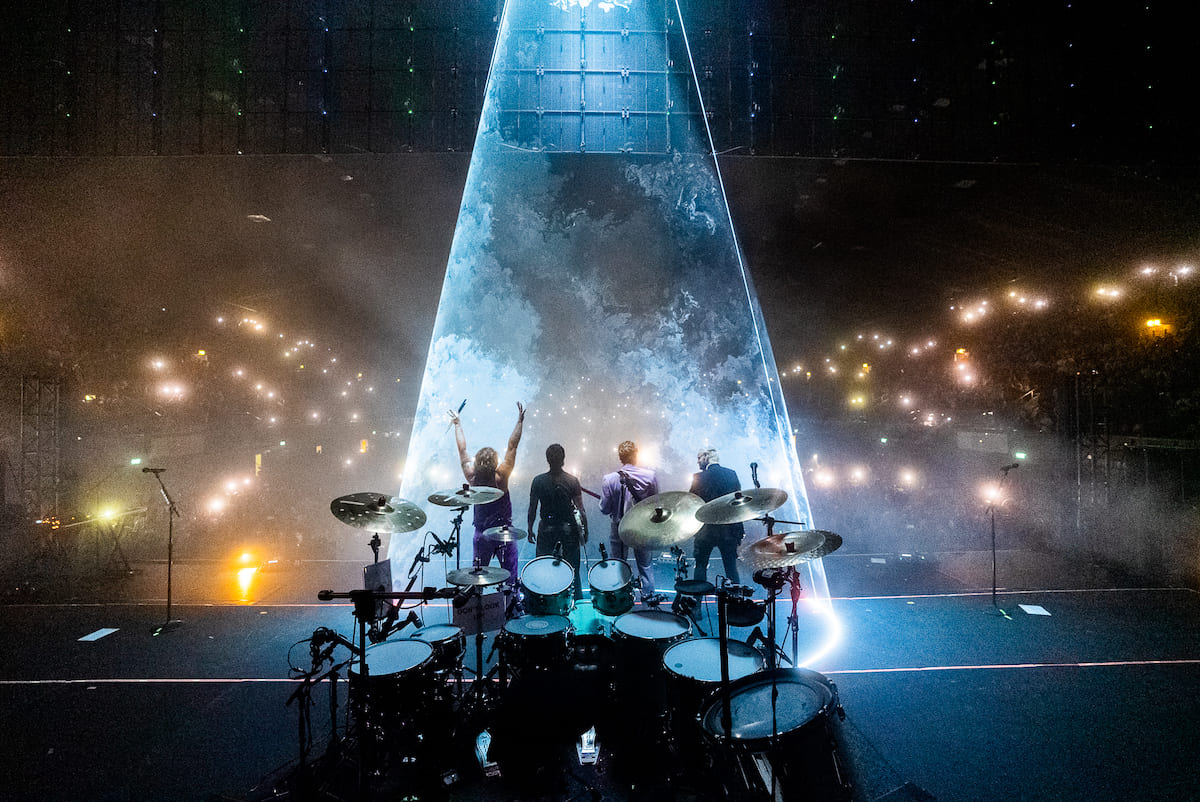 5 Seconds of Summer is currently on tour. See all the band’s upcoming dates on their website.

It’s been more than 5 seconds since we featured 5 Seconds of Summer in Schön! 38. Read our feature here.