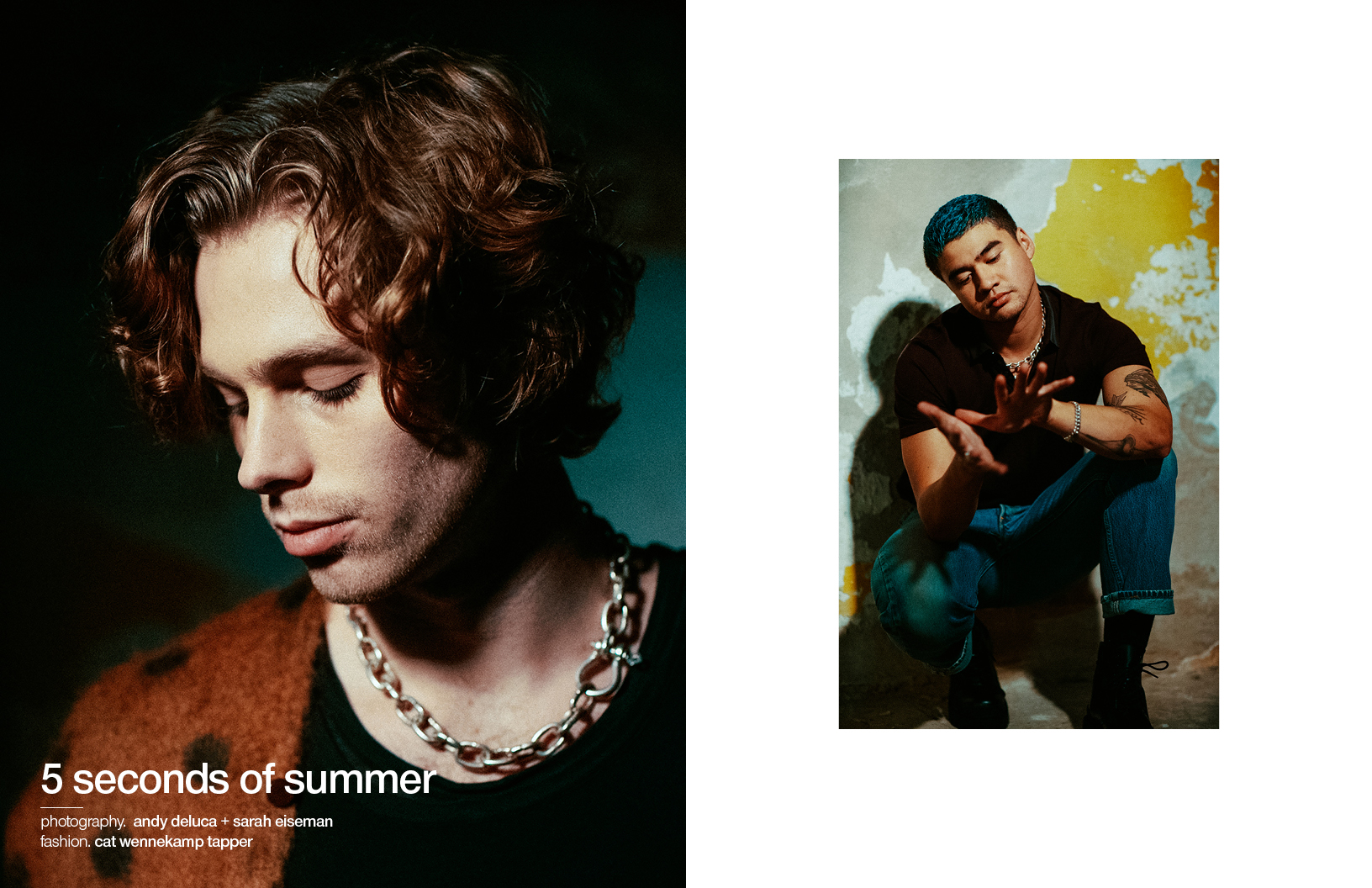 With seven billion streams and counting and a fourth album just landed, 5 Seconds of Summer is reinventing pop-punk for a generation in turbulent times.

As the world is on lock-down, the quartet is releasing an album in what might be the strangest circumstances ever. When we speak to lead singer. Luke Hemmings, 23, album promo is taking on a new face(time): “It’s like night and day with how we would usually release an album,” he says. “Usually, at this time we’d be travelling everywhere, it would be very stressful, but we’d all be together every day.” Social distancing is in place – and has been for two weeks when we talk – so the band’s cement has been replaced by remote communication: “It’s odd that we can’t do anything in the same room, really. It’s been challenging, but obviously it is for all of us right now.” Hemmings is determined to stay positive, but mindful of the gravity of the situation.

5 Seconds of Summer’s fourth album, CALM, has just dropped. The name references what fans have been calling them for years: an acronym of Calum Hood, Ashton Irwin, Luke Hemmings and Michael Clifford. An evolution of the band’s pop-punk sound, CALM, Hemmings tells us, looks back at the growing pains of four young men who were barely 16 when they formed ranks. Nine years on, their relationship has evolved, grown, matured – something that’s also reflected in the sound. “It’s pretty diverse as an album, sonically. I think it’s honestly just the four of us coming together and trusting our individual and different creative outlooks, our different perspectives.” Hemmings is quick to explain that the major shift comes from a change in how they all relate to each other: “We realised that there were four individual members in the band and everyone’s opinion is very important to making the album, to make sure this band lasts for years to come,” he explains. “We all feel a little bit calmer in our individual lives, like we have a better grasp on where we want to be.”

Discover the full editorial and interview in Schön! 38 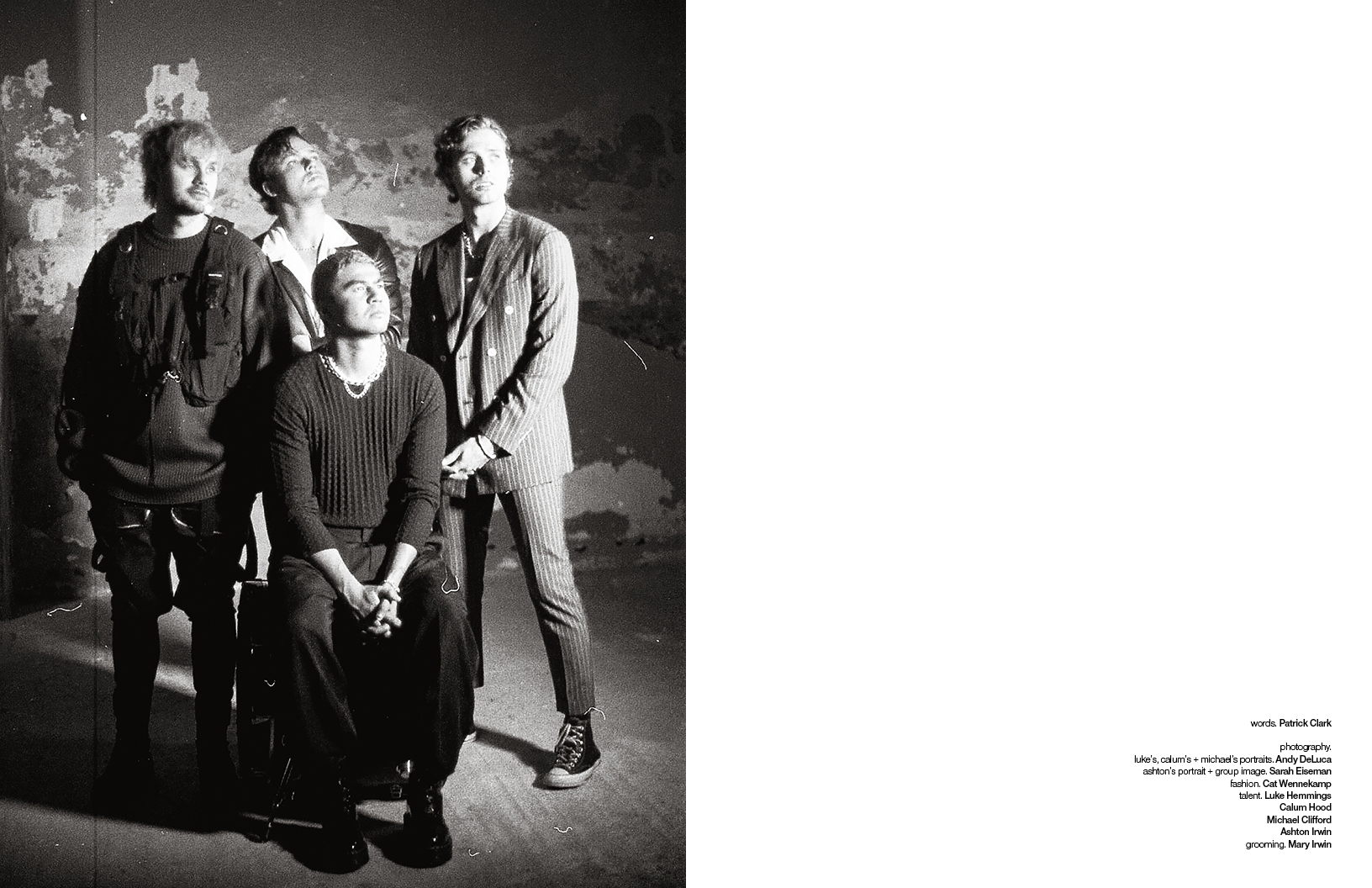 ‘CALM’ is out now via Polydor Records.