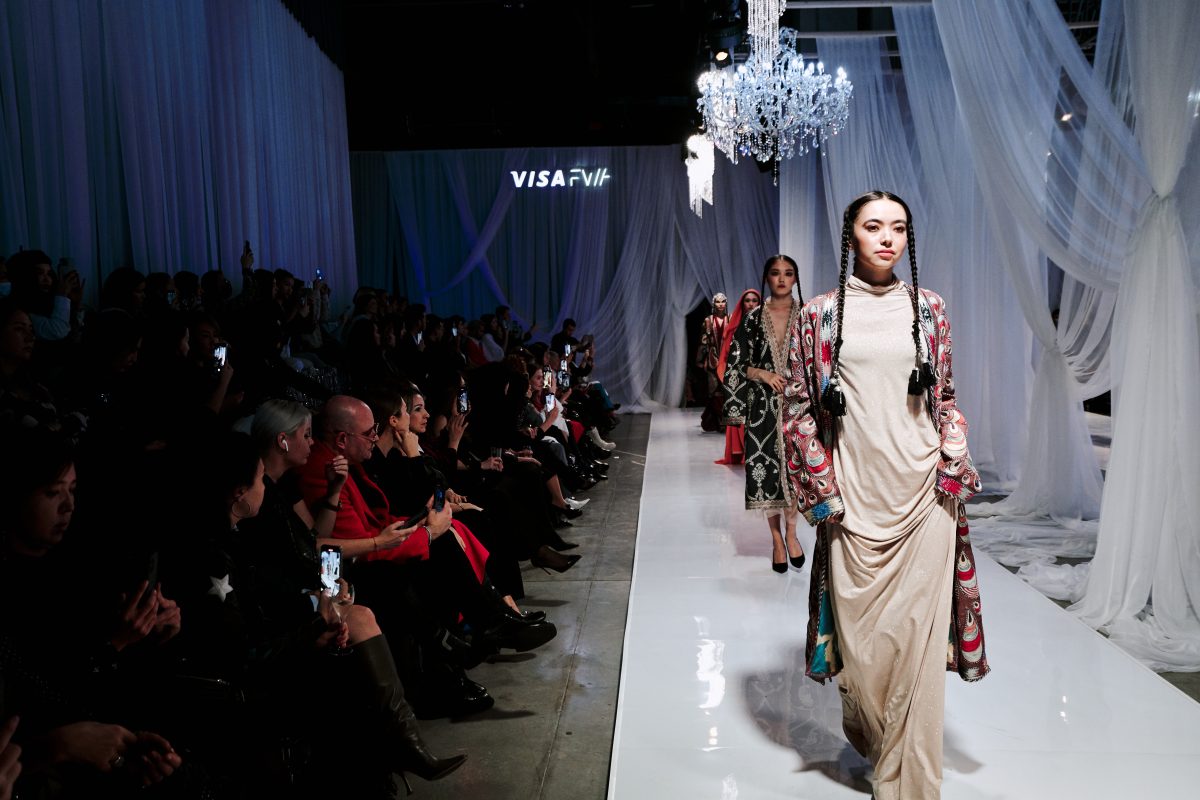 The word ‘fashion’ encompasses more than just a common understanding of mode or style. Whilst individual pieces may be striking, challenging, unnerving or daring, at its core, the force of fashion is a uniting one — bridging stories all over the world, displaying different sides of the universe and presenting the beauty of each region’s fashion language.

However, the splendour of the fashion world moves concurrently to, and in conversation with, the troubles of our own. After we attended the Visa Fashion Week in the Kazakhstan city of Almaty, the city became engulfed in turmoil, facing a political crisis that put the city through riots and brutality that took the lives of many.

Almaty has not yet settled. But whilst there, it became clear that there is a creativity within the Kazakh people that will ensure their prolonged success, encouraging them to stay brave and cheer each other on in the spirit of brotherhood during such a dark time.

Only few weeks ago, Almaty once more revealed to the world its bold and flowing creativity. During the 3rd and 4th of December, this beautiful and culturally kaleidoscopic city in Central Asia hosted a major celebration of fashion. When thinking of the global fashion ecosystem, this location settled amidst the Kazakh mountains probably, and wrongfully, won’t come quickly to mind, but if Visa Fashion Week Almaty told us anything, it’s that the fashion voice of the hidden gem of Almaty will soon be too loud to ignore.

The 4th season of this fashion gathering was held and thoughtfully organised under the guidance of Bauyrzhan Shadibekov, who fulfills more than just the role of VFWA CEO, but also the main producer and ideological inspiration. Under his attentive eye and strong leadership, Kazakh fashion was connected to the international community, and new faces and dazzling innovations were introduced to the larger public. With this approach, he managed to showcase different visions and designers from Kazakhstan, Uzbekistan, Georgia and Ukraine, all united under the umbrella of Visa Fashion Week Almaty. During these two days of fashion, local and international audiences were able to witness an incredible and eclectic display of different moods, colours and styles.

Schön! had a chance to attend these two days, and what became one of the most important fashion moments of Central Asia. Now, Schön! highlights the most eye-catching collections of the Kazakh fashion scene. 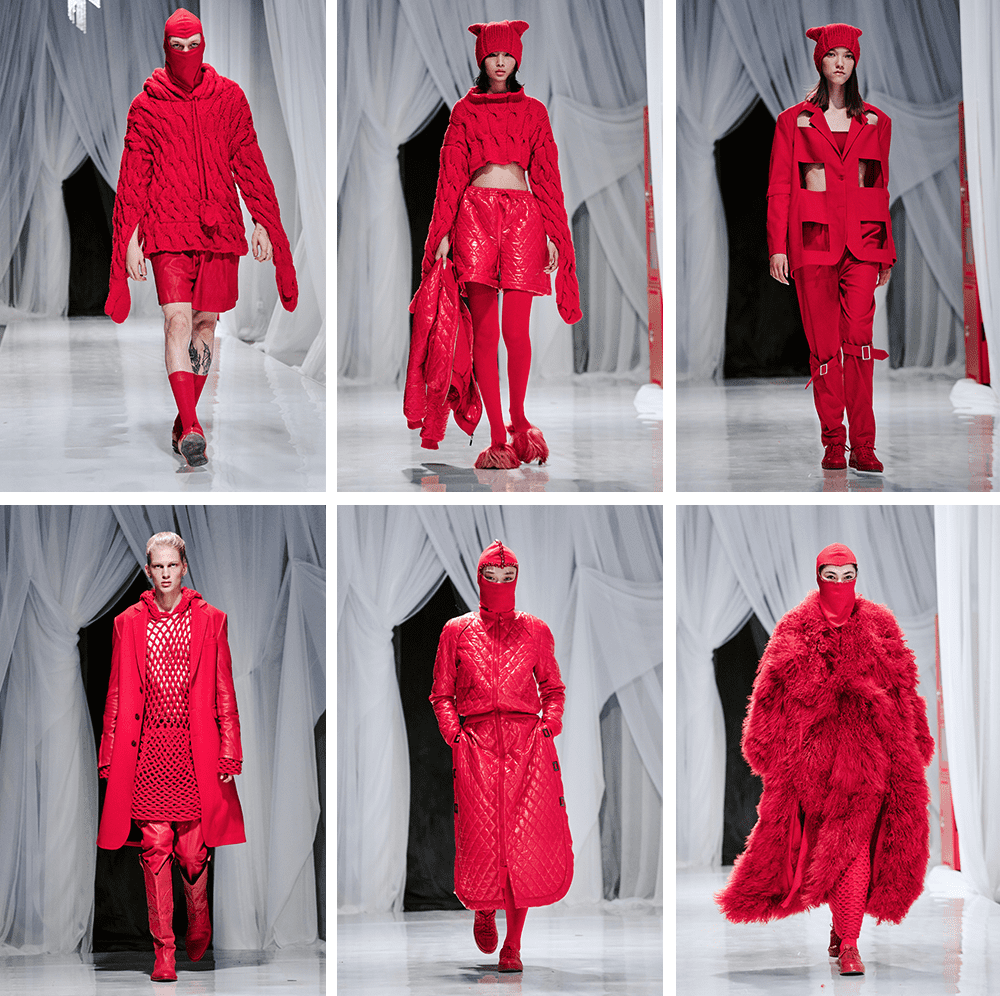 Ainur Turisbek’s energetic and powerful fashion could be compared to a strobe light. The native Kazakh creative’s daring, strong, yet vigorous collection seemed to be a self-declarative gesture in the world of fashion, calling attention through its monotone red colour block presentation and plenitude of textures such as knitwear, leather, fur, sequins, silk and tule. The collection adal ALMA: powered by Jusan Invest spoke not only about beauty, but the importance of open partnership in the fields of art and fashion.

Another matter that touched and inspired the designer and her collection is her own mother, after whom the collection was named — Alma, whose name shares a tonality with the name of the city of Almaty and means apple. The creative impulse for making the collection was brought about by life and its perpetual rhythm, becoming the main source of inspiration for Ainur. A great contribution to the collection was done by legendary artist Tuomas Laitinen, who acted as a creative producer. The wealth of materials, bold silhouettes, floating long dresses, cut-outs and accessories could be interpreted as a sort of Kazakh Comme Des Garçons, infused with modernity and the highland culture of the country. 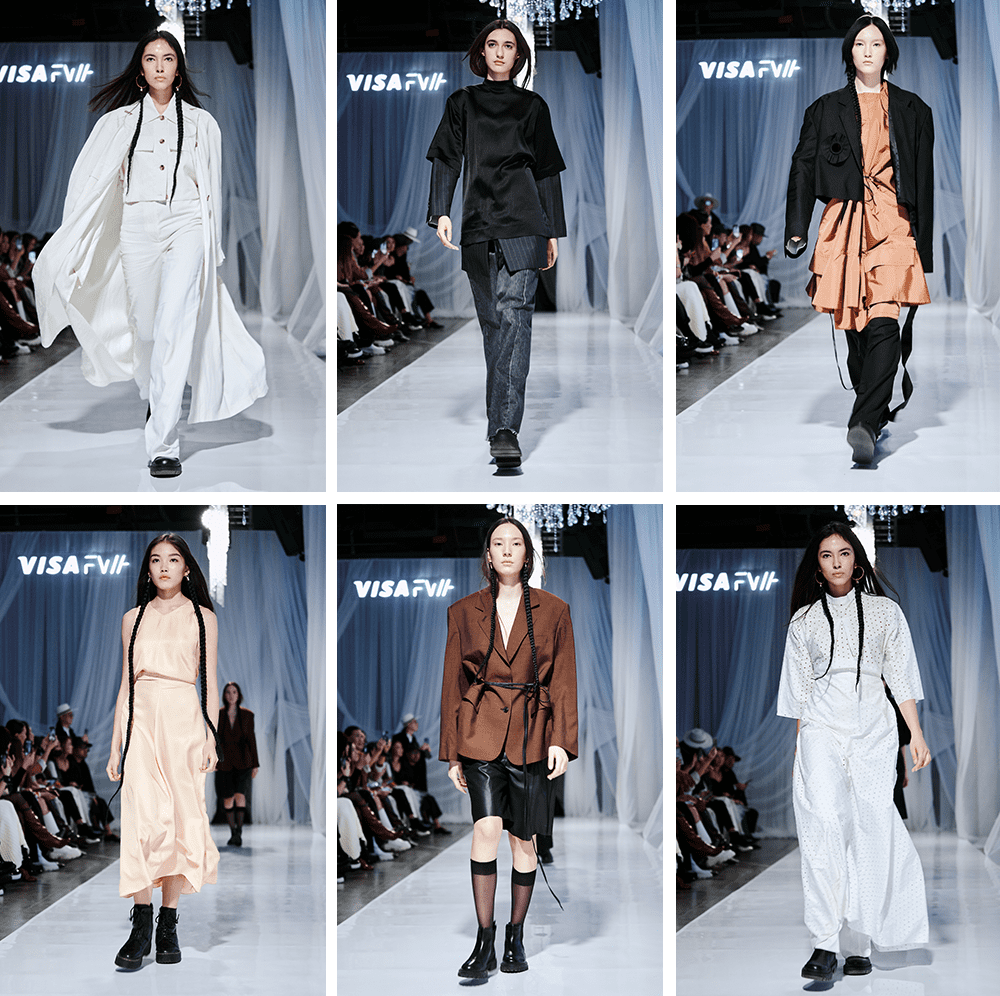 Lilia Litkovskaya is among the strongest Kyiv-based designers working today, in a modern way fashioning Ukrainian culture and heritage. The new collection is bulletproof evidence of her ability to do so. Her inspirational journey explored a vast variety of subjects: Ukrainian poppy fields, shamanism in Ukrainian folklore and its symbolism, the power of nature and abstract works from American pop artist Keith Haring. All these topics are decodable in every single piece — though it can be said that each implementation has been performed in a very ‘Litkovskaya’ way. Signature masculine suits, oversized silhouettes and structural lines free from stereotypes and gender bias, with upcycled looks full of masculine energy created for women t0 let a wearer feel empowered by the clothes.

Besides its minimalistic, well-constructed nature, the collection is full of symbols that pay homage to ancient shaman culture: especially solar symbols like the wheel of Samsara, the eternal cycle of rebirth and the pleated fabric that recalls the sun’s rays. There are as well some attention-worthy details, such as raw edges, that illustrate a loving incompleteness and constant process of creation, and use of braids common in Slavic countries — digging deeply into the roots of old believers and their representation of vitality. 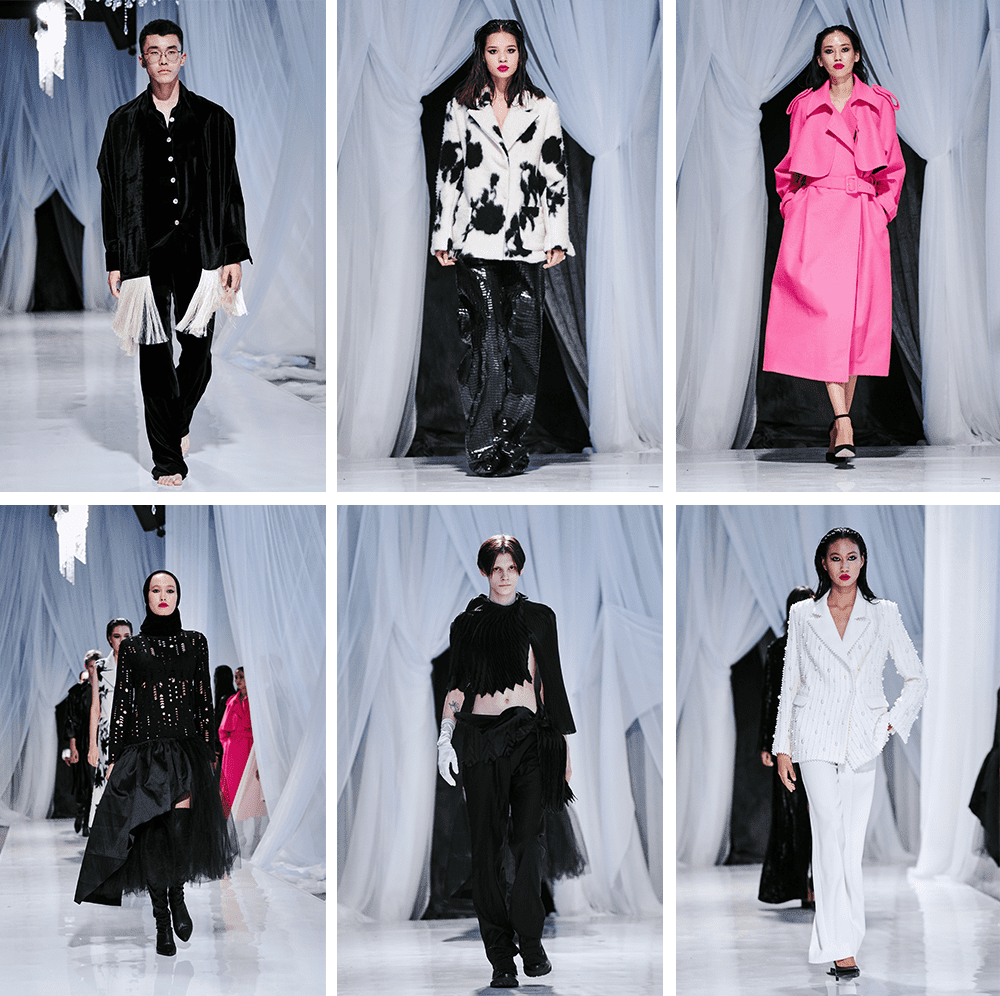 For the Almaty fashion audience, Georgian designer Datuna Sulikashvili presented a special collection that explored femininity and wearability all at once. Twisted with elegance and minimalism — it’s in the brand’s DNA, after all —Datuna showcases durable pieces for modern women in signature colours like black, white and some vivid hints of fuchsia. Together with gracious female looks, the designer also implements his vision of male style, which cannot be left unnoticed. Powerful in its softness, Sulikashvili’s male is not afraid to embrace their gentle traits. Having a theatrical undertone, each showcased look is full of chicness and light that emanates a sophisticated yet fragile spirit. Materials like leather, silk, cashmere, wool, velour and others are contrasted, going around sharply and creating abstract shapes that blithely flow with the light. Such a unique sense of a delicateness, and simultaneous robustness, might be rooted in a historic perception of Georgian women, who have been known through time for a distinctively elegant style.

Visa Fashion Week Almaty was an explosion of culture, and we cannot wait to return.