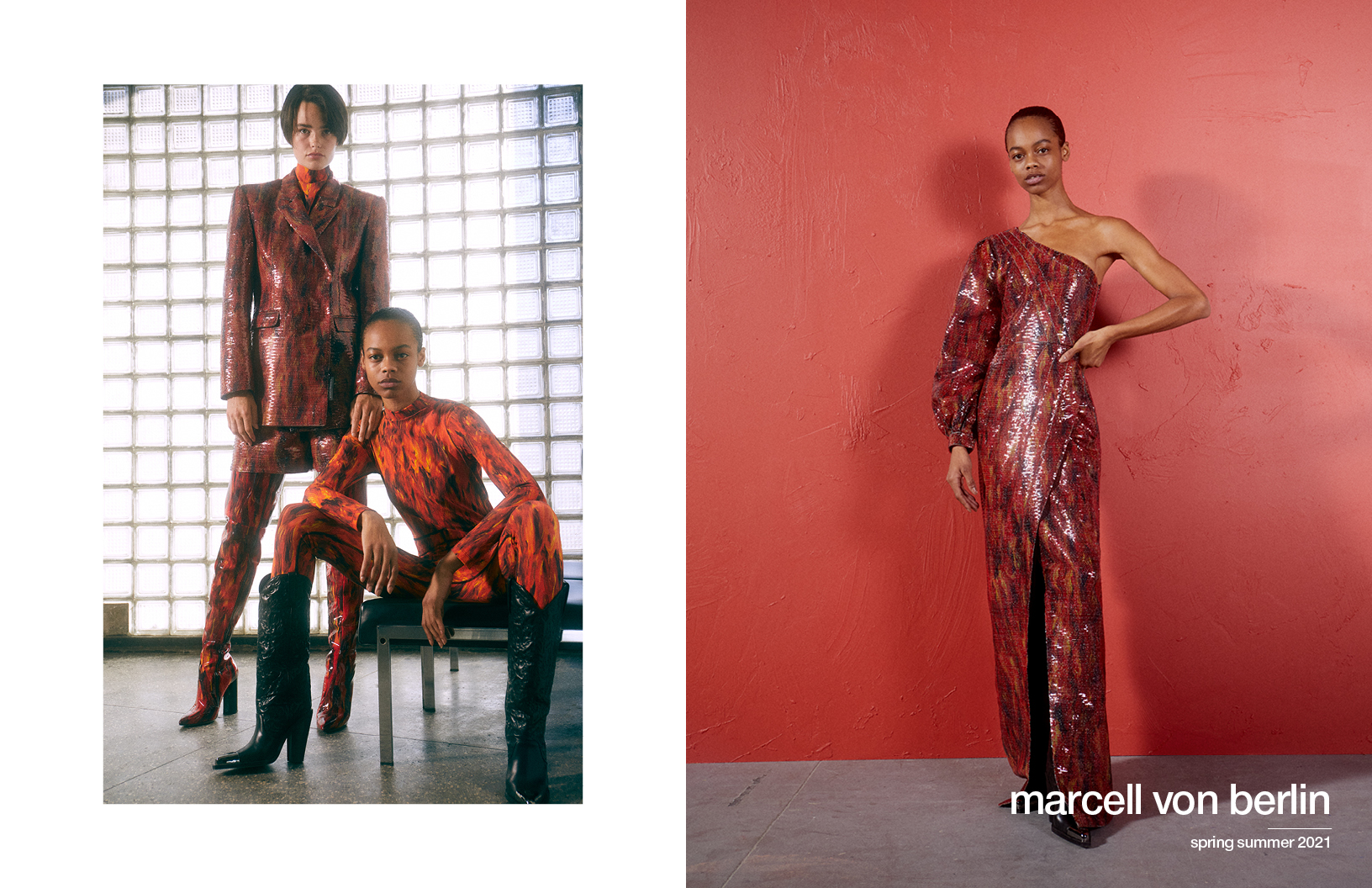 Marcell von Berlin is entering a new era. Using the recent lockdowns and periods of social isolation as fuel for creativity, the brand has created itself anew, presenting a season rich with the label’s classic use of bold patterns while being unafraid to explore new territory. The Spring/Summer 2021 collection, influenced by the passionate and inspiring women of founder Marcell Pustul‘s life, is a perfect manifestation of this renewed spirit. Schön! spoke with Pustul about the collection and his plans for the future.

Let’s talk about the recent past: how have the city’s various lockdowns influenced your design process?

We have actively used this phase for ourselves and worked intensively on future seasons and also built up our international webshop. Every crisis also brings something positive. In my eyes, it’s flexibility. We had to act faster and break old patterns of thinking. This has given rise to new working processes that have encouraged the creativity of the entire team. The pandemic reminded me of how elementary it is to use and bundle your own resources. 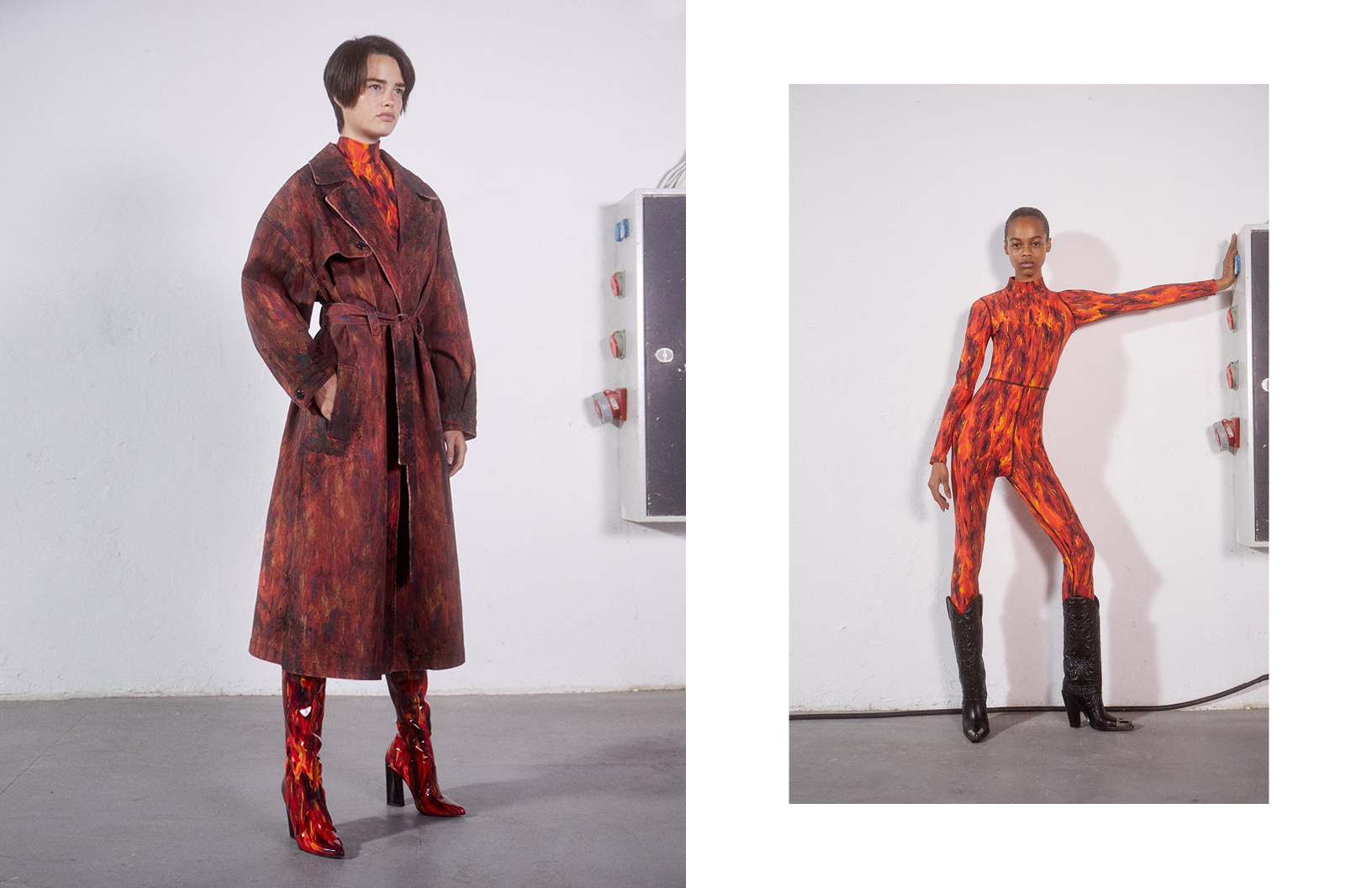 Moving on to the collection, you said that while designing this collection, you envisioned the women who inspire you. Who are these women, and what are the traits that make them so inspiring to you?

I am surrounded by so many strong women in my personal but also professional environment. I admire their strength, bravery, perseverance, but also assertiveness, also throughout history. What women have had to fight for years, if not centuries, what men often took for granted. Women are indeed the stronger sex.

So how did you capture those inspiring traits in this collection?

The Spring/Summer collection is inspired by the 70s – a decade filled with strong women who decided to take their lives into their own hands. This era’s inspiration can be seen in the flared pant legs and sequin pieces throughout the collection. 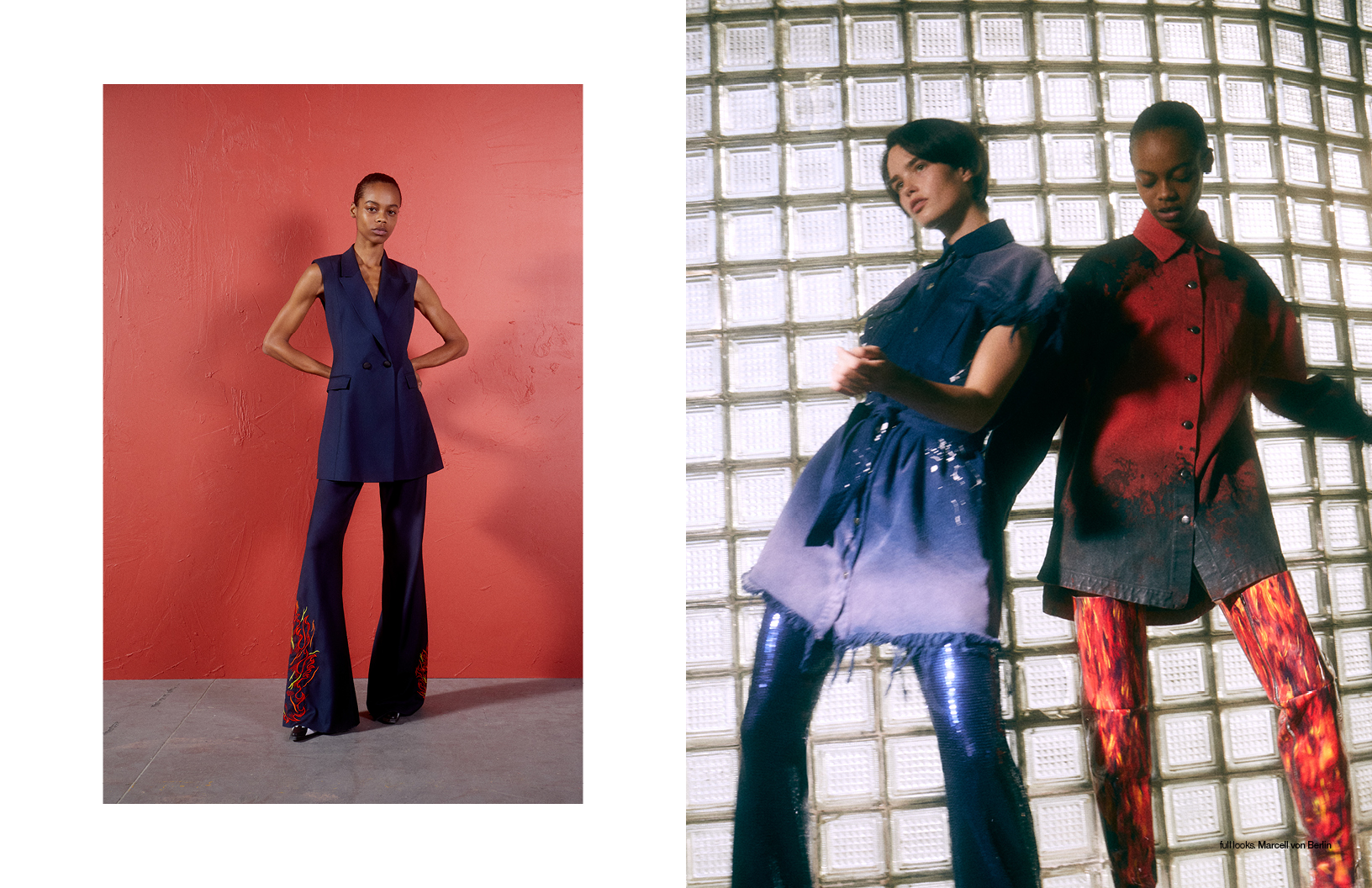 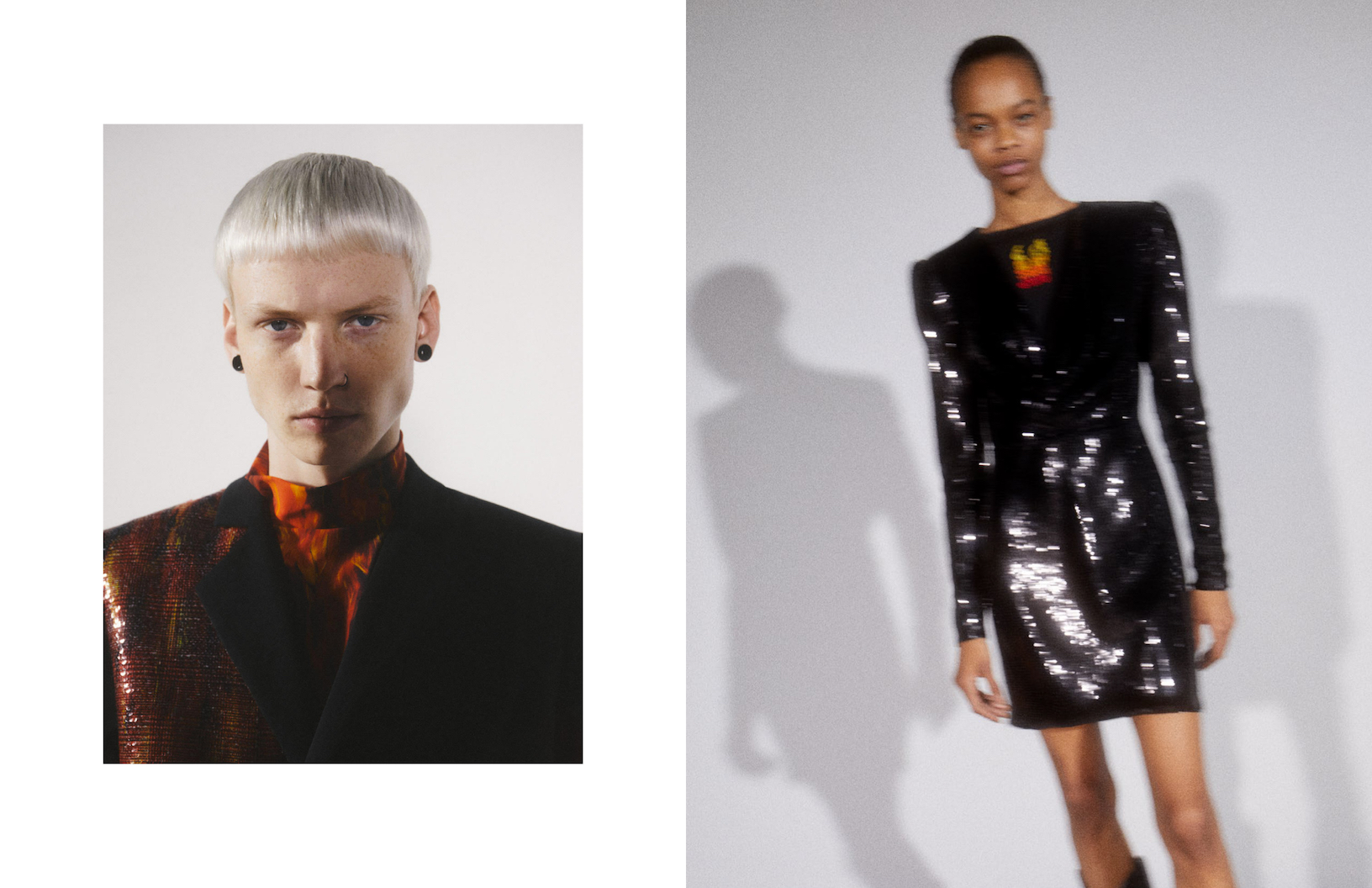 There’s a motif of flames throughout this collection. What motivated this decision?

I was inspired by women that have that flame and inner drive inside. They are joyful and strong at the same time. They prosper through independence and fearlessness. Therefore, the everlasting flame is the quintessential representation of the unapologetic, astute, passionate woman.

This season introduced several other changes — you’ve merged the Ready-to-Wear and Couture Collections, and separated female and male collections. You’ve said these changes were to ‘adjust to the new climate in the fashion industry’ — can you expand on that a bit? What is this new climate, and how is Marcell Von Berlin adapting to it?

For a long time, it was the case in the fashion industry that a designer had to present several collections a year to stay in the conversation. This approach still dominates the market today, although many designers are gradually moving away from it. I’ve also decided to present (only) two collections a year, because I want my designs to evolve. I want to really get into it and create something timeless. I want my clothes to become a kind of art, something that people can buy and have for years. I also want people to slow down a bit, take a breath and feel excited again. This feeling has somehow gotten lost, because today everyone is flooded with products from all sides. You don’t have to wait for anything anymore. Everything is made available. 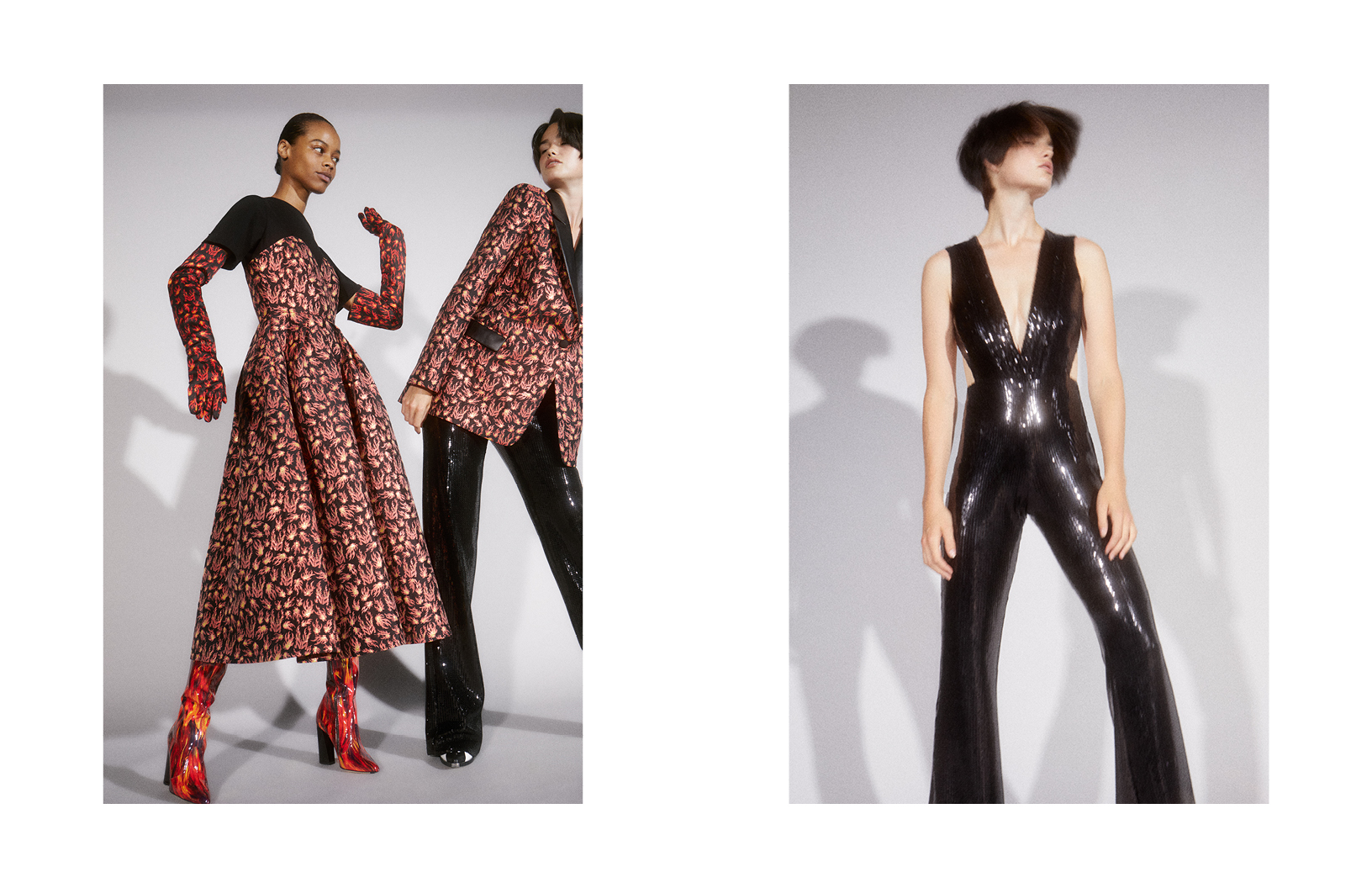 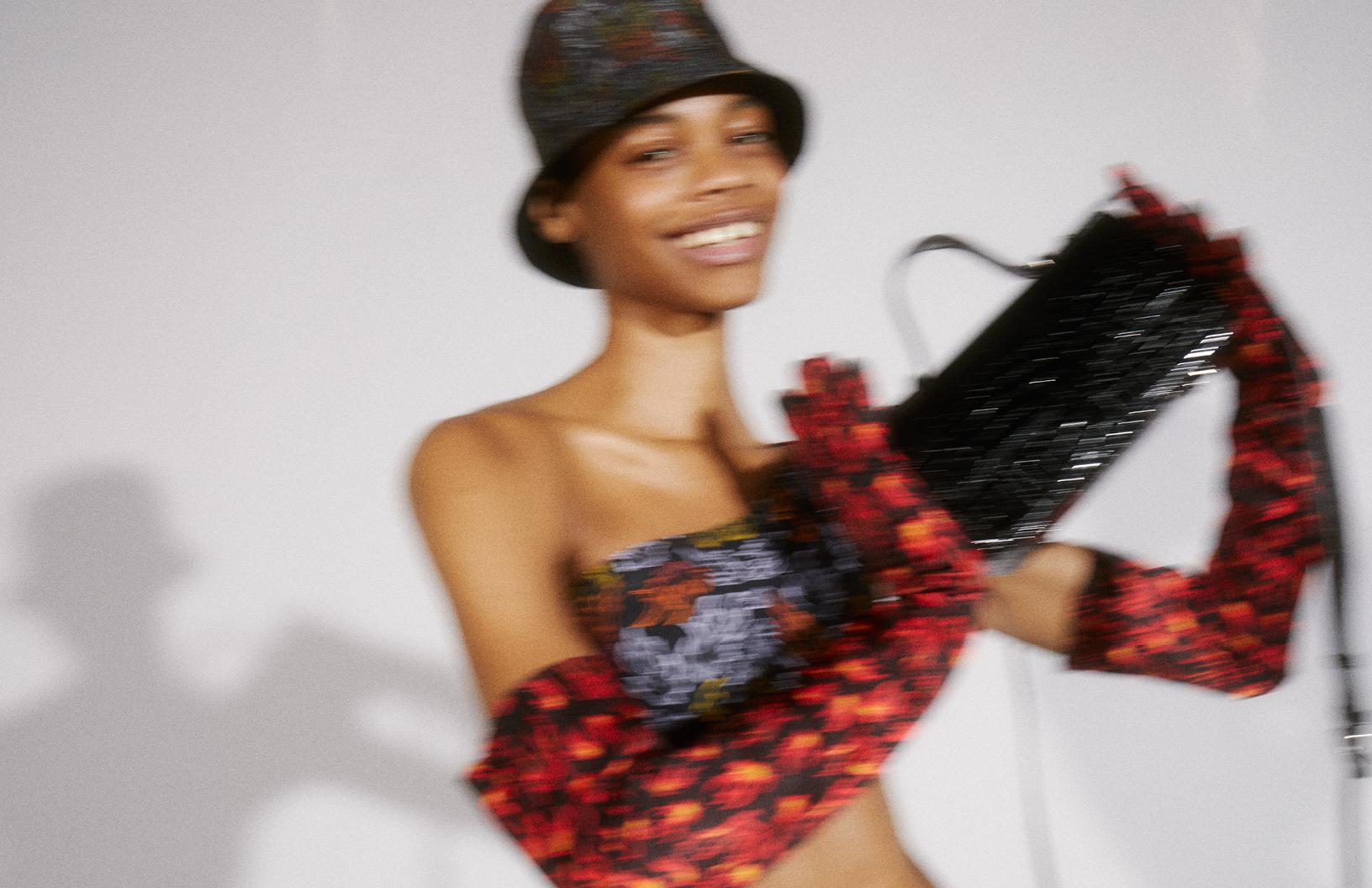 Can you introduce us to the three new bags as well?

The Berlin Bag is, as the name suggests, inspired by Berlin. It is small and compact, but of particular elegance and attention to detail. Berlin is underground and fetish, as the bag is. It is the perfect companion to turn nights into days.

Unlike the LA Bag, which, how could you think otherwise, is inspired by the City of Angels. In L.A., bags have to be bigger. They accompany you everywhere, which is why the design can be a bit more classic and subtle.

The MM Cargo bag is the maxi version of my first ever designed bag, the MM Bag. It’s the all-rounder among the bags and dedicated to sophisticated business women. The clear shape and the Saffiano leather make it timeless and elegant, but the sporty logo strap gives it a little twist. 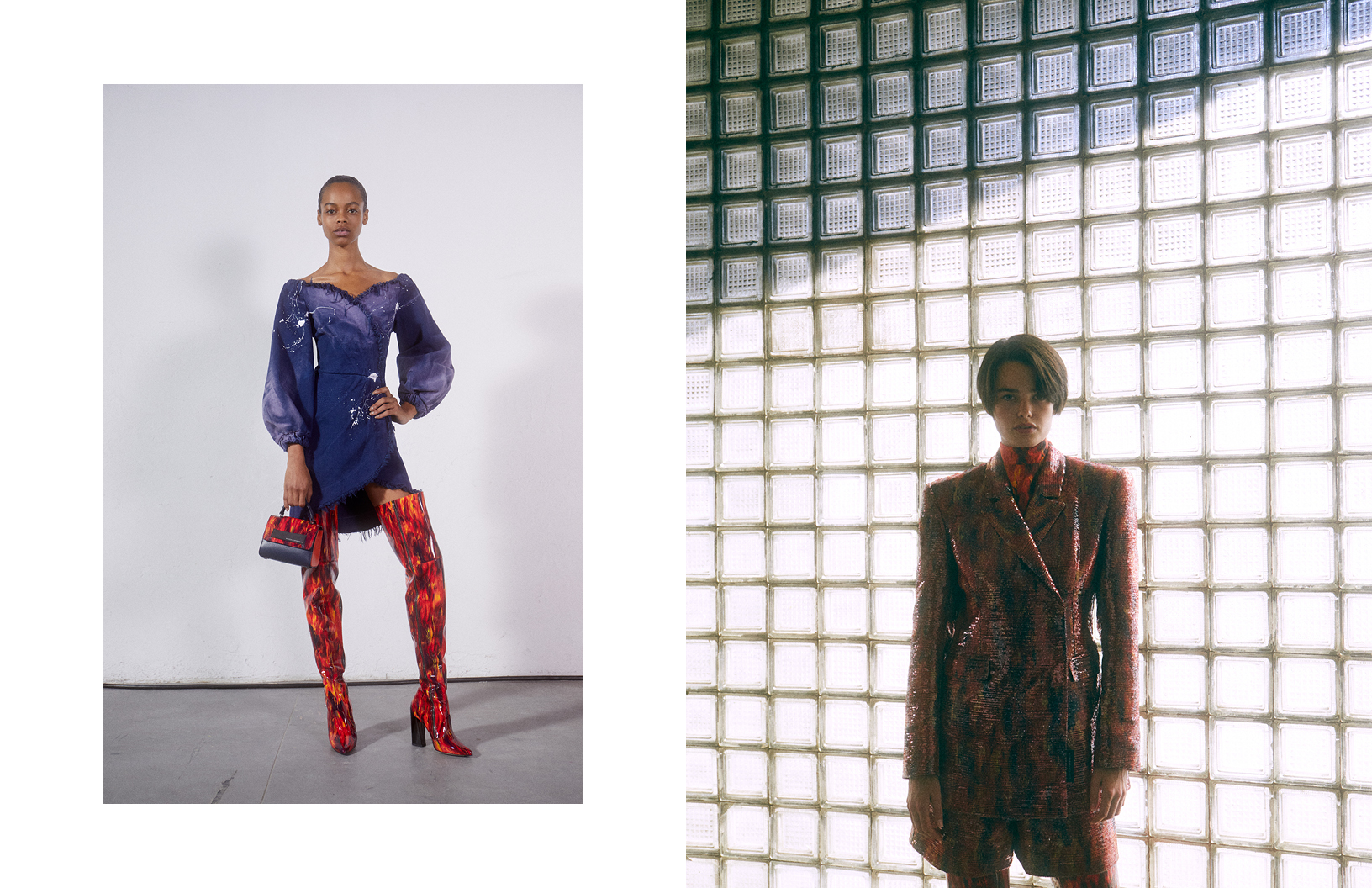 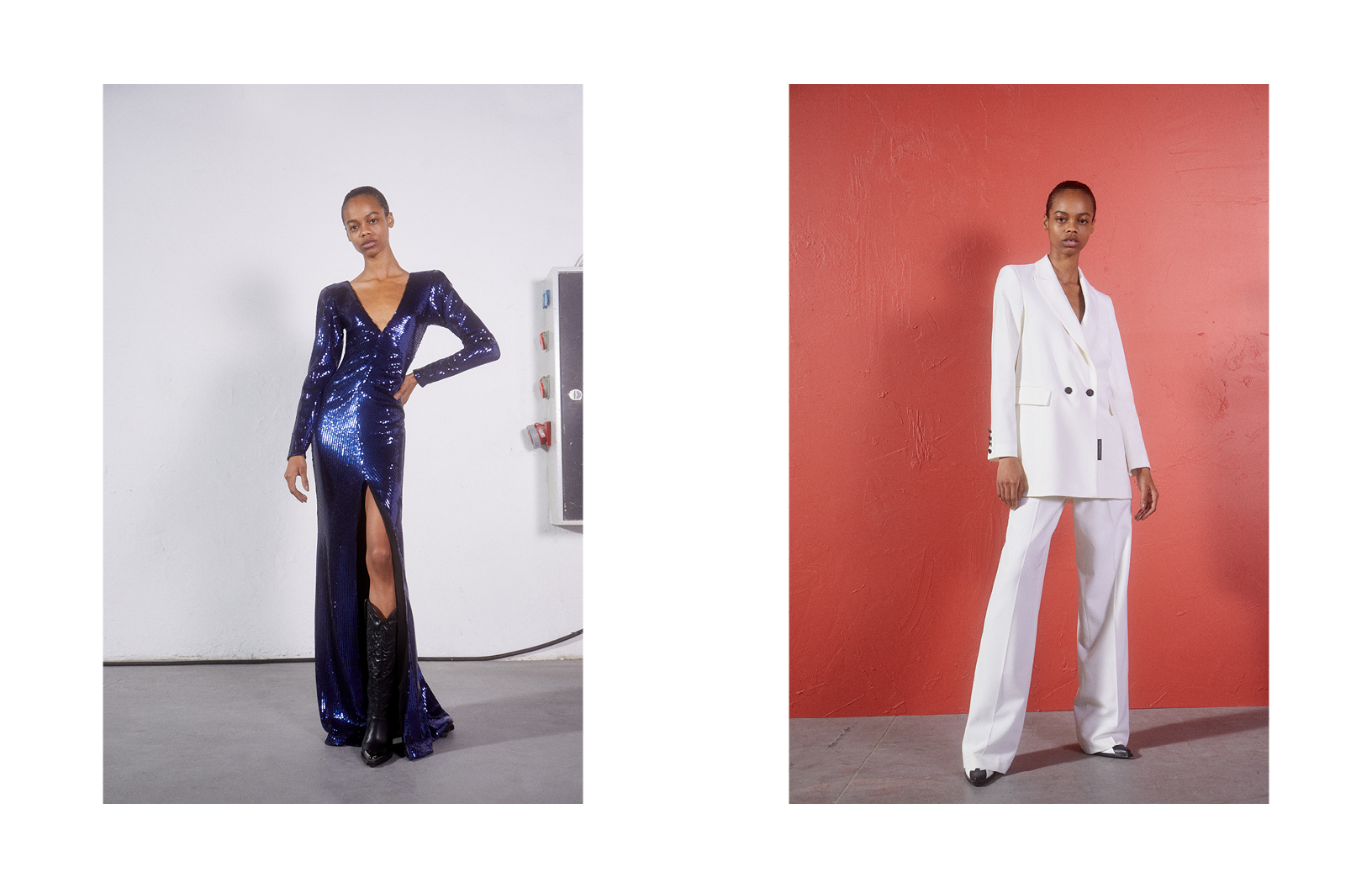 What is your creative space? As in, when you are in need of inspiration, where do you go or what do you do?

At the moment, L.A. has a huge impact on my designs. With the opening of the US flagship store last year, L.A. has become my second home next to Berlin. Although MARCELL VON BERLIN is still a brand strongly connected to its roots in Berlin, L.A.’s vibe affects my work, making the collections more mature, and gentler in a way. But of course, everything around me inspires me as well, be it music, art, literature or people. 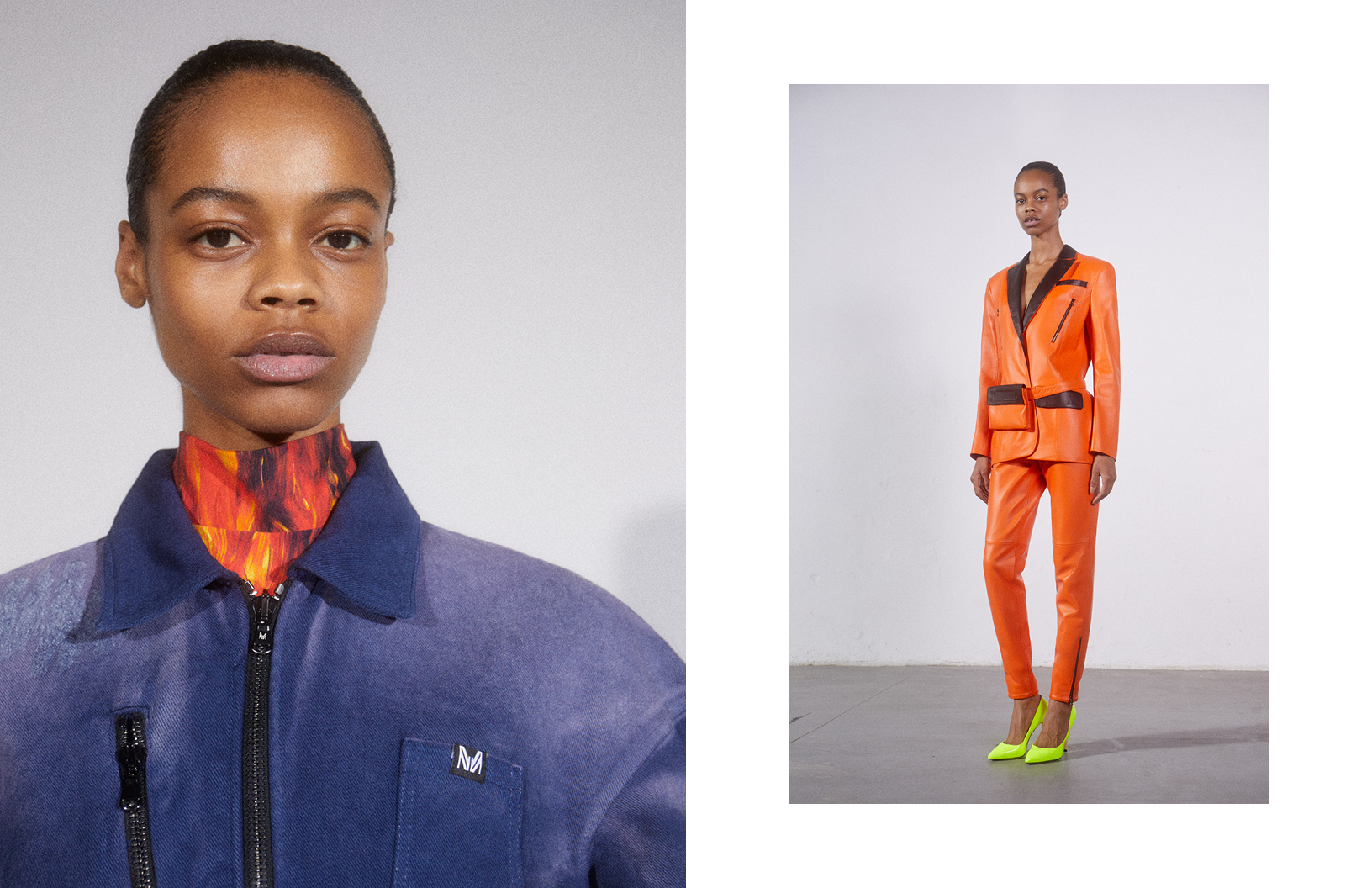 Why did you opt to make Berlin your home base, and why do you find yourself returning to Los Angeles?

For me, Berlin stands not only for parties, techno music and a to-cool-for-school attitude, but also for the freedom to embrace your personality and express your individuality without rules. You can be who you want to be and create your own style. This is why I chose Berlin as my home base for my brand. My collections reflect this electric energy and urban charm of the city.

Meanwhile L.A. has become my second home next to Berlin. There is a special spirit here – it’s the place most of the celebrities call home and the whole world looks at Hollywood’s red carpets. Since we opened our first store in Berlin, it was clear to me that we needed to open a flagship store in Los Angeles. You have Hollywood but at the same time that coolness, like we have in Berlin.

Actually, Berlin and L.A. have a lot in common. Both cities transport a hip “easy-to-wear” vibe that inspires me and offer enough space for personal development. 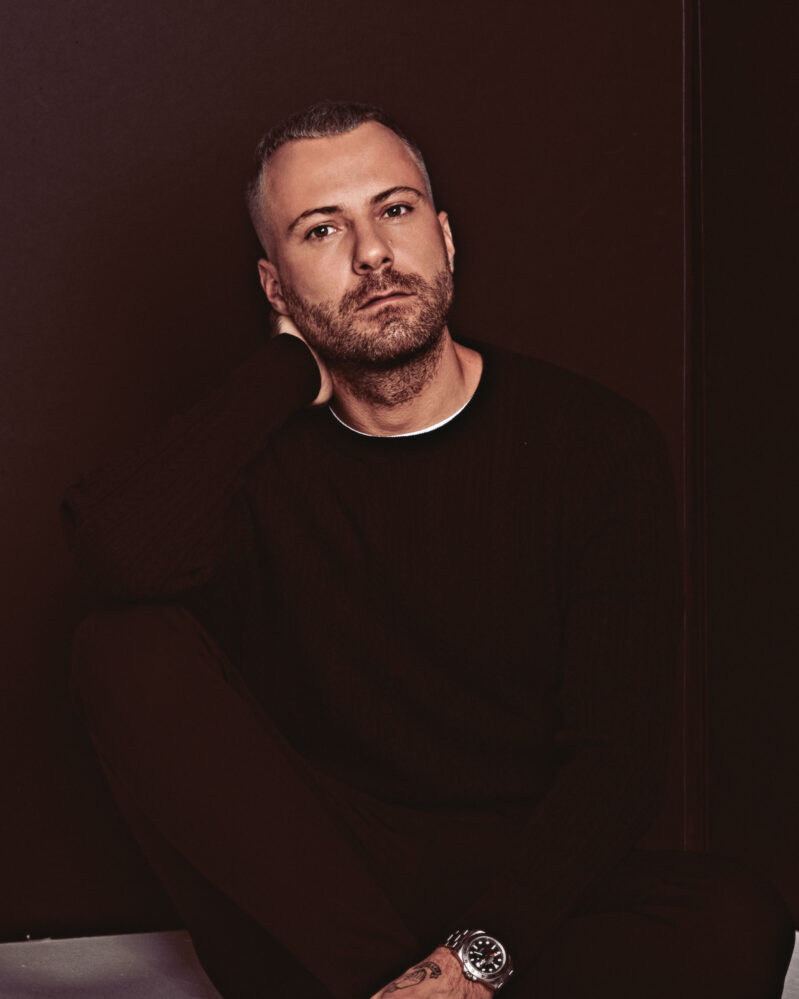 What are you looking forward to for the future of the label?

First and foremost, I wish that we all come out of this Corona crisis not only healthy but stronger and grateful for everything we have achieved so far. But also, we have planned many exciting collaborations in the American market and sales will be further expanded. And then we will see. We are always up for surprises, so stay tuned. 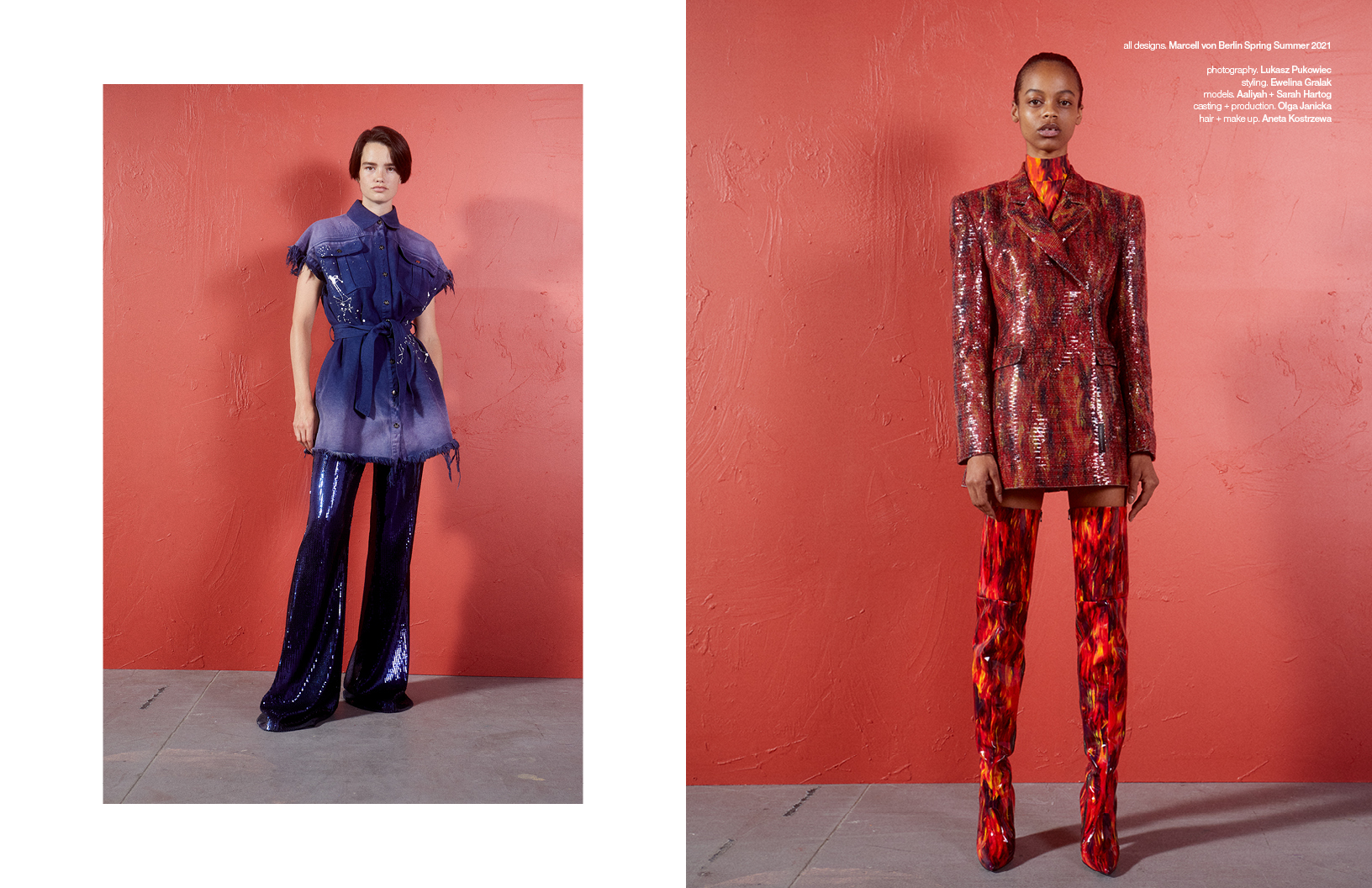