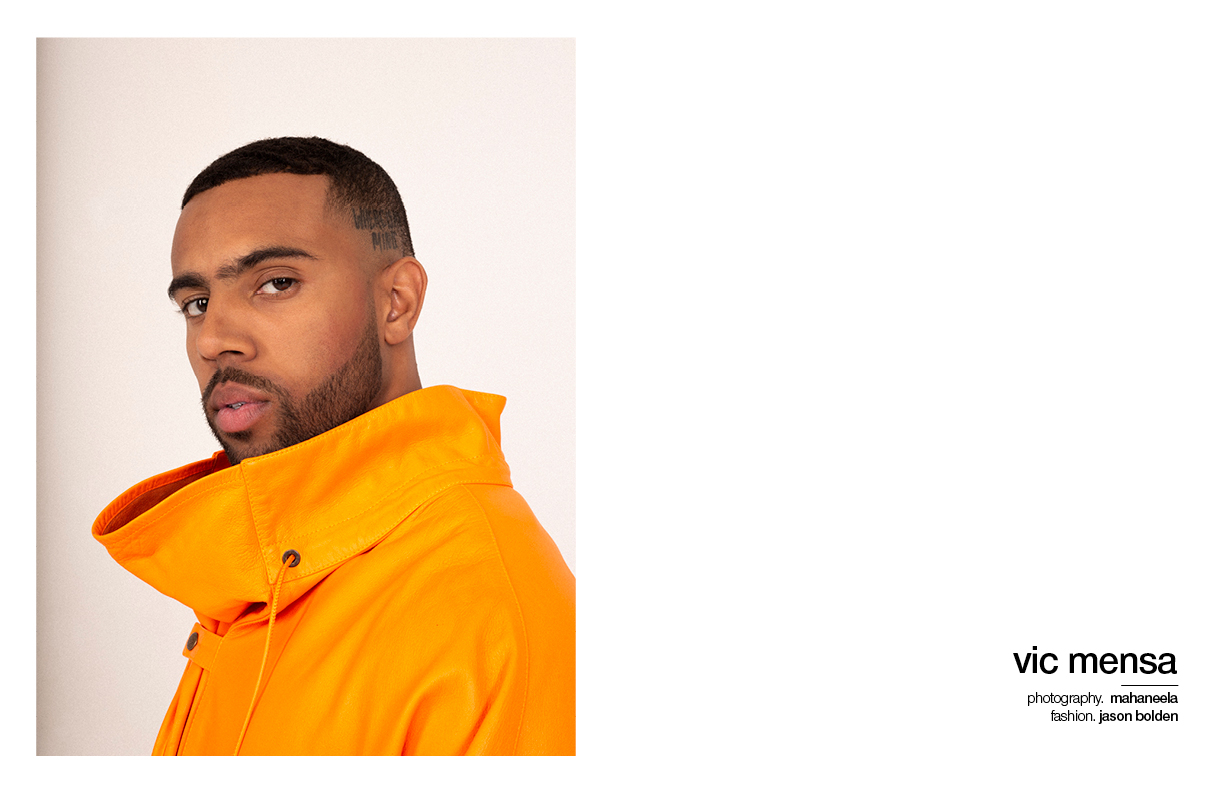 Vic Mensa is on a life-long pursuit of creative expression. Many know the Grammy-nominated rapper as a member of Chicago collective SAVEMONEY, ascending alongside childhood friends like Chance the Rapper, Towkio and Joey Purp. Before eventually signing to Jay-Z’s Roc Nation, Mensa was a student of his craft taking notes from hip hop heavyweights like Nas, Common and Outkast while at home his Ghanaian father introduced him to the melodies of afrobeat of legend Fela Kuti.

Mensa is open and pensive as he muses about his teen hood of graffiti, skateboarding and devouring the works of Malcom X, Huey P. Newton and Assata Shakur. As his own star grew brighter, he always found ways to bring others in his community up with him. This summer alone, Mensa announced the 2023 launch of a new festival in collaboration with Chance The Rapper set to be held in Accra, Ghana. The artist also found time to work on new music, curate a group exhibition titled Skin + Masks: Decolonizing Art Beyond the Politics of Visibility and launched 93 Boyz, the first Black-owned cannabis line in Illinois. It’s an impressive venture that aims to reinvest back into communities disproportionately affected by prejudiced cannabis laws. In a candid interview with Schön!, Mensa opens up about his influences, sobriety and the new album he’s been working on.

The most recent music that we’ve heard from you was in collaboration with Chance The Rapper. What do you think about your individual musical styles compliments each other so well?

I know you’re in the studio a lot at the moment for your own project. What does your new music say about your headspace right now?

[The album] in many ways is just charting my growth as a man. I started making it in August last year or so. Sonically there are elements of soul music, highlife, afrobeat, jazz and rock and roll all within a hip hop framework.

You are super active in the creative community in Ghana. Why is it important for you to keep connected with creatives in Ghana?

I’ve just come to realise that I’ve got this immense privilege to be in direct conversation and communication with my ancestry, with my culture, with my language, with my gods in a way that most people that I hold dear don’t and have had stolen from them. So I feel that when you have privilege, you have responsibility as well as opportunity, and now I’ve just been answering that call. 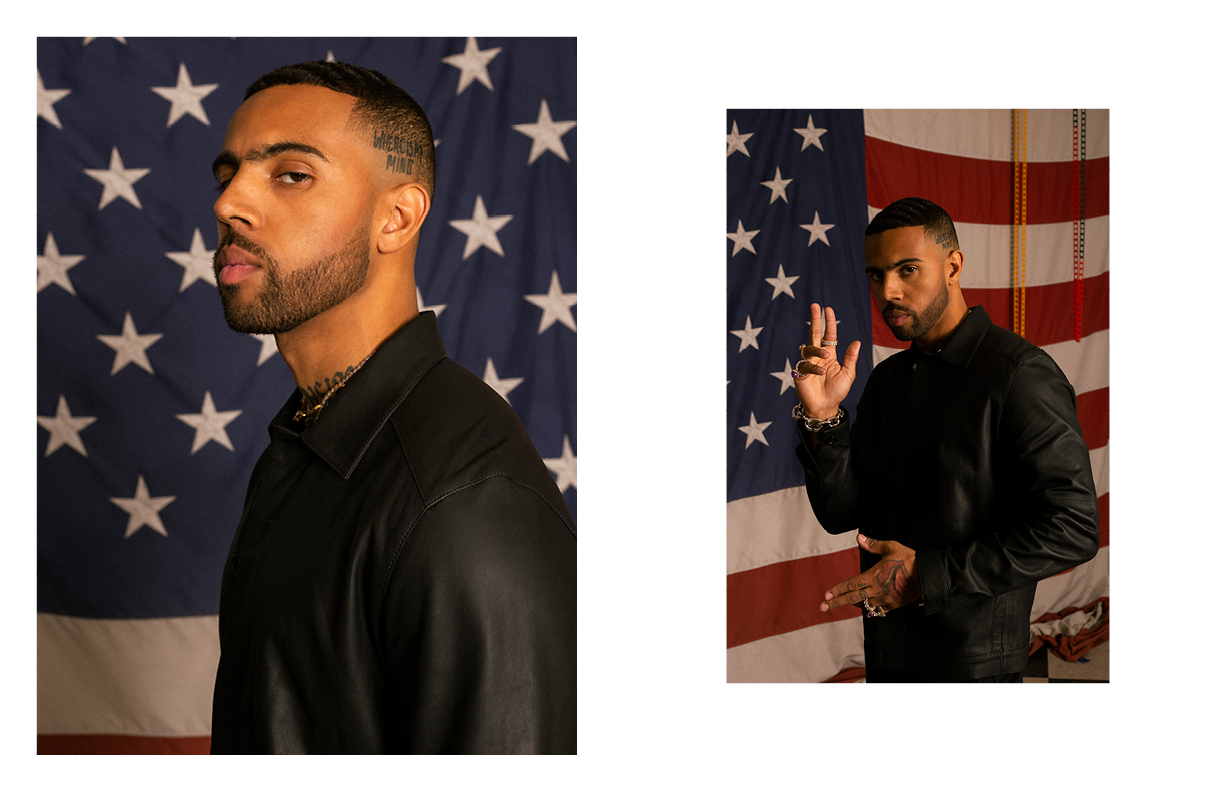 What interests that you had growing up shaped the kind of music you’re making now?

Starting skateboarding when I was six-years-old in many ways laid the framework for my stylistic approach to things. Skateboarding is counter-culture which hip hop is in its purest form too. So it’s not surprising that skateboarding actually introduced me to hip hop. Before that I was only into rock music. When I was about 11-years-old, through the Zoo York video, I began to really be introduced to old school hip hop.

One thing about skaters, the rebellion that you have when you first start stays with you for your whole life. So what do you do in you everyday life to keep that alive?

You’re right, that rebellious spirit does stay with you throughout your life. I’ve been reading a book by Albert Camus called The Rebel. He says that the only way to deal with an unfree world is to become so absolutely free that your very existence is an act of rebellion. In answer to that question, I would say that for me to exist is in itself how I carry on rebellion.

In time and with the opportunity to grow – which everybody doesn’t get especially where I come from – the form of rebellion for me changes. Whereas before I felt rebelling was like being violent or stealing. My form of rebellion now is different because those things that may seem in opposition to the rules of society have been my norm for my whole life. So now I’m on a different wave. I’m sober. I’m meditating all the time. I’m deeply in prayer. Those things are an act of rebellion to me when everybody around me is doing the opposite.

Outside of music, you are exploring other ventures. What drew you towards creating a cannabis line in particular?

We just released the 93 Boyz which is the first cannabis company in Illinois with Black ownership and it’s something that we’ve been working on for some years now. Ever since the turn of cannabis becoming legal in Chicago, I started to work on getting into the industry. Everyone knows that the war on drugs has been a massive scam to oppress and exploit Black and brown people but our representation in the industry is little to none. 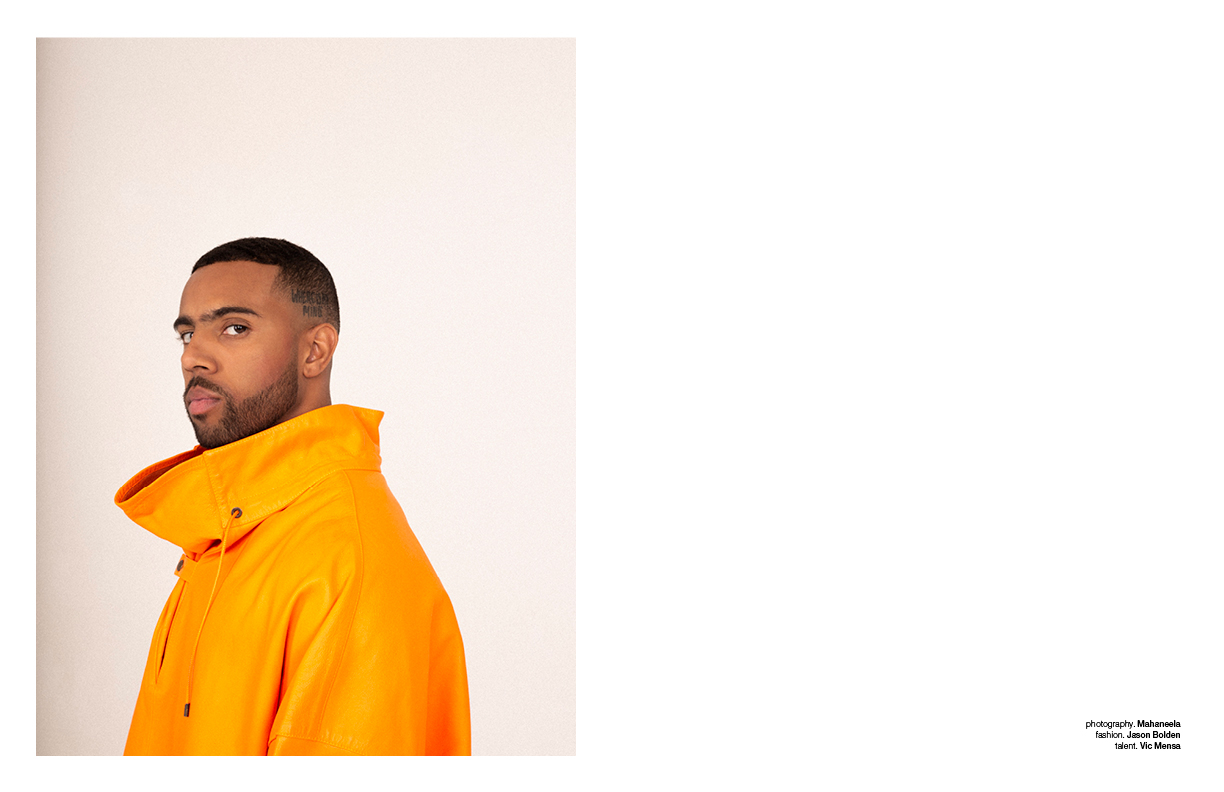 You mentioned that you’re more spiritual now, you’re meditating. Is smoking still part of your self care practice?

Cannabis has been such a huge part of our lives for so long. I started smoking when I was 11, started selling weed when I was, I don’t know, 12 or something. All of my first music projects were funded by selling weed. The Rastas and the Hindus both meditate with weed. But right now I’ve actually been sober for almost a year from everything. It’s probably the longest time that I have been and I’m having a good time with it.

What motivated you to go sober?

I’m sober because of my lifelong experience with health disorders. I’m realising now that there is no external fix for the issues that I have faced mentally and that it just takes extreme vigilance, a lot of discipline and a lot of self control. Being sober is helping me to rewire the way that my mind works. I don’t want to have any crutches that I have to lean on. At some point in time, I’m sure that I will go back to smoking or drinking but right now I have a different understanding of my own internal power to address my mental health.

That’s good to hear. What led you to being this self-aware?

I’ve been in therapy since I was a teenager. Definitely talking to people, going on meditation retreats, exploring religion but also catching felony cases and going to jail. All those things together have combined to make me want to be especially self aware.

People often turn to music for escapism. What do you hope your fans feel when they finally get to hear the new album that you’re working on?

I hope that someone listening to my album can use my experiences and my growth to influence or relate to their own path or their own journey.

Skin + Masks: Decolonizing Art Beyond the Politics of Visibility curated by Vic Mensa is exhibiting at Kavi Gupta Gallery in Chicago until 3 September 2022.