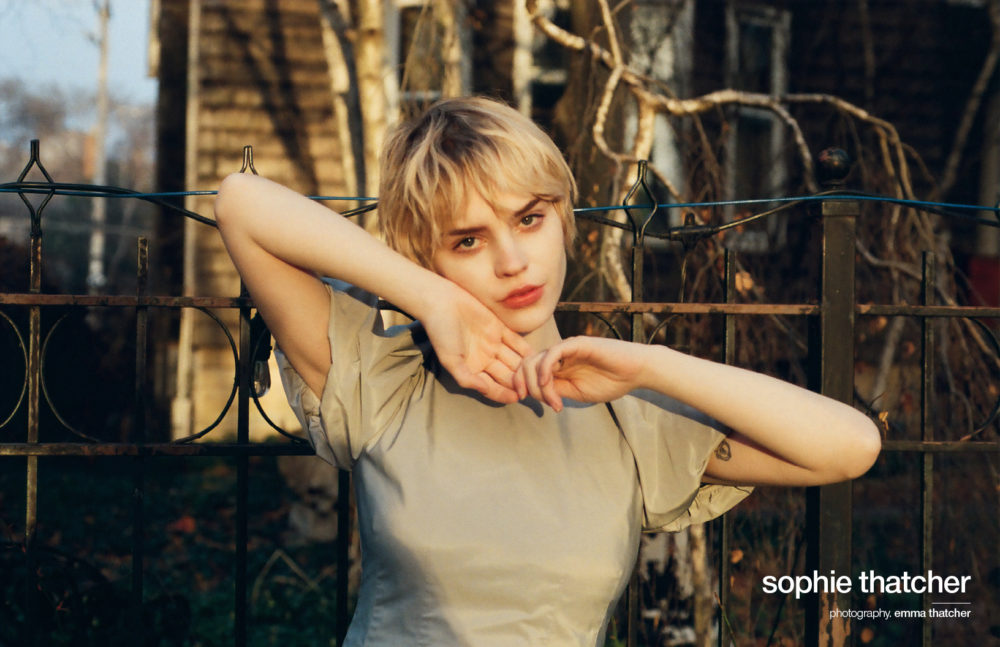 As the star of When The Streetlights Go On, one of the standout launch titles from mobile-based streaming service Quibi, Sophie Thatcher proves that the acclaim she gathered from 2018’s Prospect was no fluke. The 20-year-old actor is an undeniable talent, delivering a captivating, nuanced, and original take on the classic trope of the misunderstood teen.

Getting her start on the stage, Chicago-born and New York-based Thatcher has since pivoted to the screen, featuring in several television shows before landing her first film roles in Prospect and The Tomorrow Man. As her first starring series role, playing Becky in When The Streetlights Go On represents a major step forward for the young actor and it’s one she takes with aplomb and ease. While the series may be over, it’s certainly not the end of the path for Thatcher; she’s just completed a pilot for Showtime, and once the current period of social distancing ends, it’s clear that this multi-hyphenate talent will return to work with a long career ahead of her. Schön! spoke to Thatcher about the series, her music, and her history as an actress.

When The Streetlights Go On is finally out in full! How does it feel to see people watch and respond to the series?

Strange! I usually try not to look at reviews because then I get too introspective, but they came out after the first three episodes launched on April 6th. I feel like that didn’t give viewers enough time to be fully engrossed in the show or see many sides of my character yet. But now that it has all been released I feel relieved and have gotten positive feedback from people I know. I’m proud of how the show came together.

When you first read for Becky in WTSGO, what struck you most about her character? What did you relate to the most?

Becky reminded me of how I was back in high school. It all felt very close to home. Becky tried to present herself as someone who was different and instead might have been mistaken as aloof or elusive at the beginning. But once the story deepens and Casper and Charlie dig beyond the surface level, you see she’s a fully complex character with lightness and candour. Watching it now I see bits of my natural awkwardness in it, and that really brought me back to how I felt years ago. 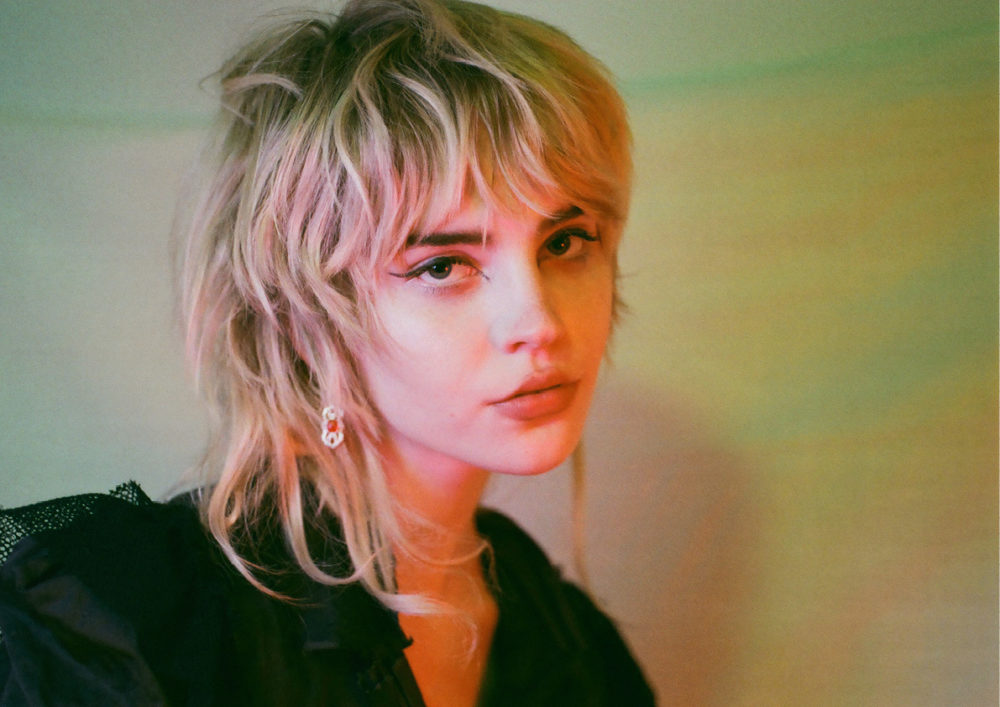 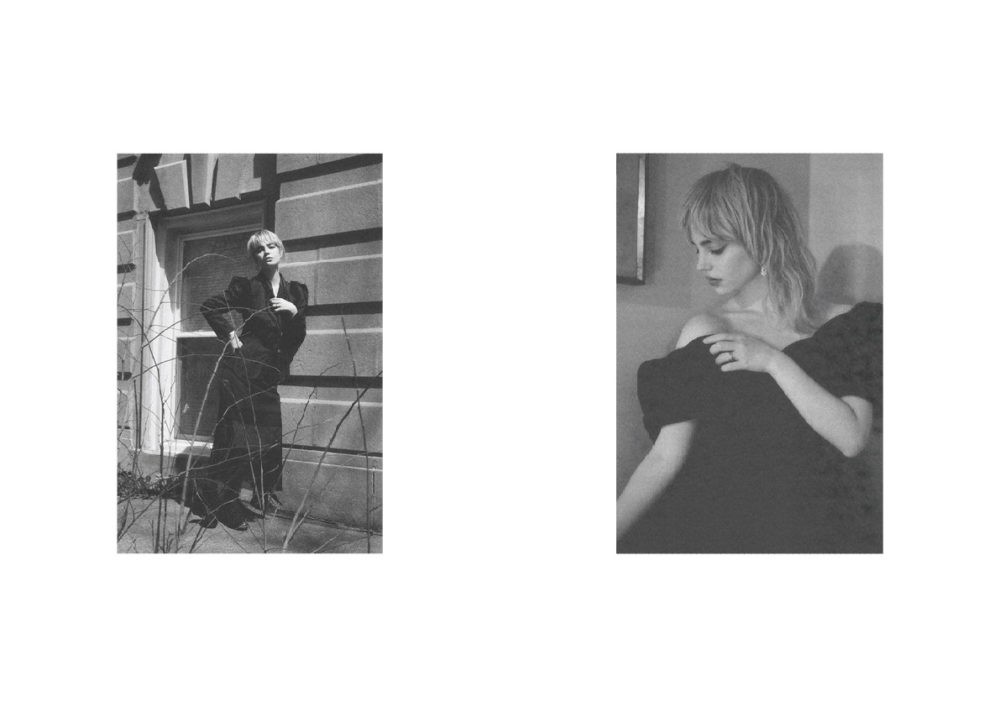 The script for WTSGO had been bouncing around for a while before Quibi picked it up. How did you first come to join the series?

I had actually auditioned for the Hulu pilot back in 2016, but the role went to Odessa Young (who I think is an amazing actor). I might’ve been a bit too inexperienced at the time. I was transitioning from a strict theatre background, so I had minor adjustments to make to my self-tapes.

Before the pilot, we know the original script was a movie. How do you think the shift to ten short episodes enhances the story?

I think it helps to enhance the story by generating suspense and anxiety within the viewer. The Quibi format works perfectly well with mysteries and thrillers, leaving you wanting more and more. When all the episodes came out and I could watch it as a movie, it was an equally exciting experience in a different, more conventional way. I really admire how Quibi is completely changing the game and flipping the normal format for film and shows.

How did you prepare for the role of Becky, both as a character and with the cast?

I knew that Becky was already very similar to me in school, so I tried to rediscover bands and books that would fit into the time period. In high school, I listened to the album Isn’t Anything by My Bloody Valentine nearly every day, and I knew Becky lived in a similar world as that record. I thought about who her influences might have been and went back to a lot of the female-fronted post-punk bands of the late ’70s I listened to — Kleenex, Raincoats, The Slits. Something else that really helped me with my character was established after our table read. Sam Strike and I were talking and he told me when it was just the two of us, he would speak in his natural British accent; everywhere else on set he would be in character with his American accent. This helped create a natural connection that the two of our characters would have shared.

What was the most memorable part of shooting WTSGO?

Working with the crazy talented Rebecca Thomas was an absolute dream come true. I had seen her first feature film Electrick Children years ago and since then have gained mad respect for her. She was efficient, giving, and made you feel comfortable in any circumstance. I feel like a lot of the time the energy the director gives off can set the tone for the set. So thank god for Becca and her talent and her willingness to listen and understand everyone. 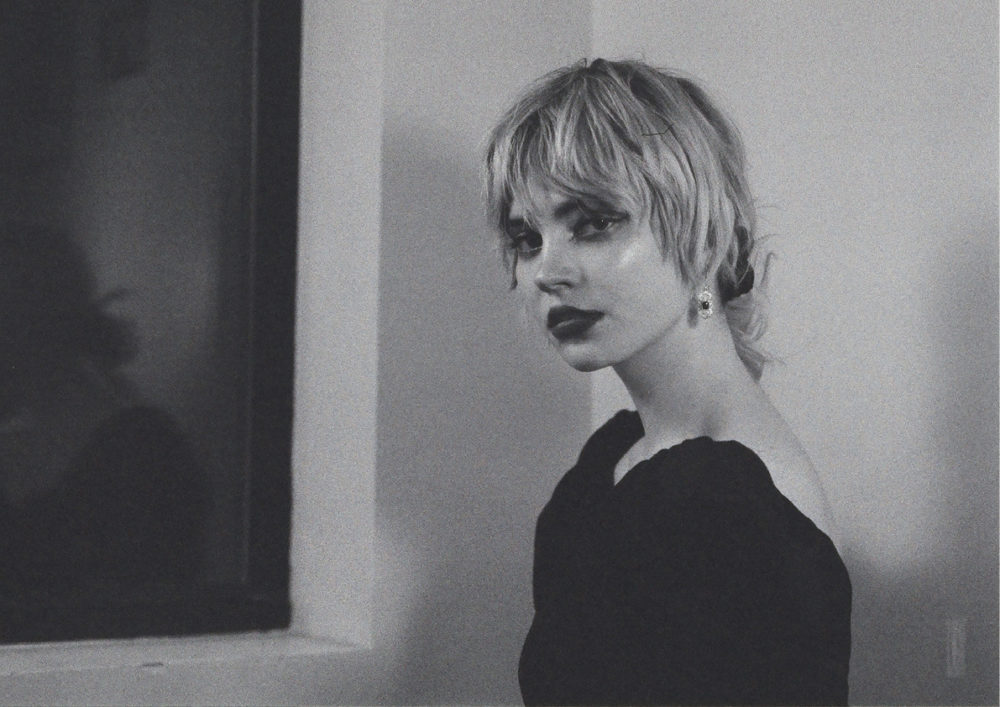 You also just wrapped production on a pilot for Yellowjackets on Showtime. Tell us a little about the role of Natalie.

Natalie exudes this rebellious/bad girl persona, but deeper down her belief in fairness and morality overrides what she puts on externally. She is definitely the toughest on the team. She comes from a less privileged background than her other teammates which creates a disconnection. Also Juliette Lewis plays the older version of Natalie, which is extremely exciting to me.

If the show gets picked up, what do you hope your character achieves or experiences?

I would LOVE to see my character be a complete warrior badass, taking control, and hunting. I believe that she is one of the strongest amongst the group. She has had to fend for herself more, so this comes a bit more naturally to her.

Going back, what was the first role that made you realise you would be an actor professionally?

I had been acting professionally since I was about ten, but when I was 14 I played Anne Frank at Writers Theater in Chicago directed by the exceptionally talented Kimberly Senior. I bring up this experience a lot because it was the most profound experience of my life so far, and happened at such an early, impressionable age. With an almost eight month run and over 200 shows, it tested my ability as an actor and worked me harder than I’ve ever worked before. The role was emotionally and physically draining, but every night was satisfying for me after having told such an important story and feeling how moved much of the audience was. The intimate setting of the theatre allowed for a completely immersive experience for everyone. Everything had to be as honest and authentic as possible. I would love more than anything to go back to a theatre experience like that someday.

So when you first started acting and attracting more attention, who were some people you looked to for advice, and how did they help you?

The first feature film I booked was Prospect, and Jay Duplass played my dad. I hadn’t known much about him or what he had done for independent filmmaking yet, but my older sister Emma who chaperoned me on set explained to me his importance. He told me that the best advice he can give me is to not give a shit. Quite frankly, I’ve been taking that advice and doing my own thing, not succumbing to the traditional Hollywood mould and it’s been working for me. I put my all into every project and audition, but after that life moves on. 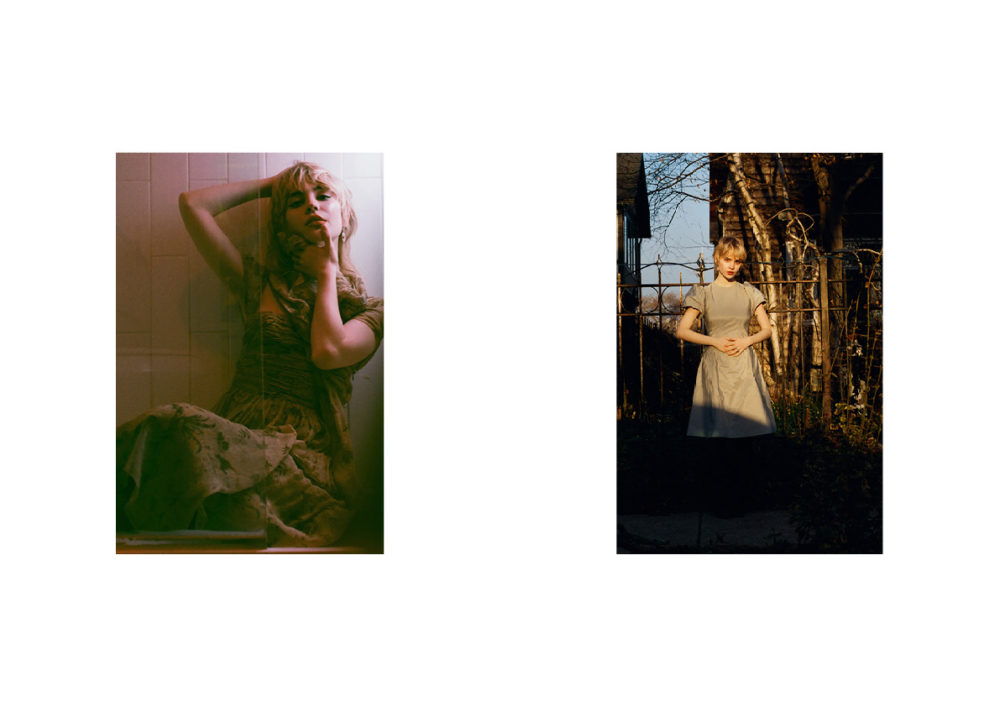 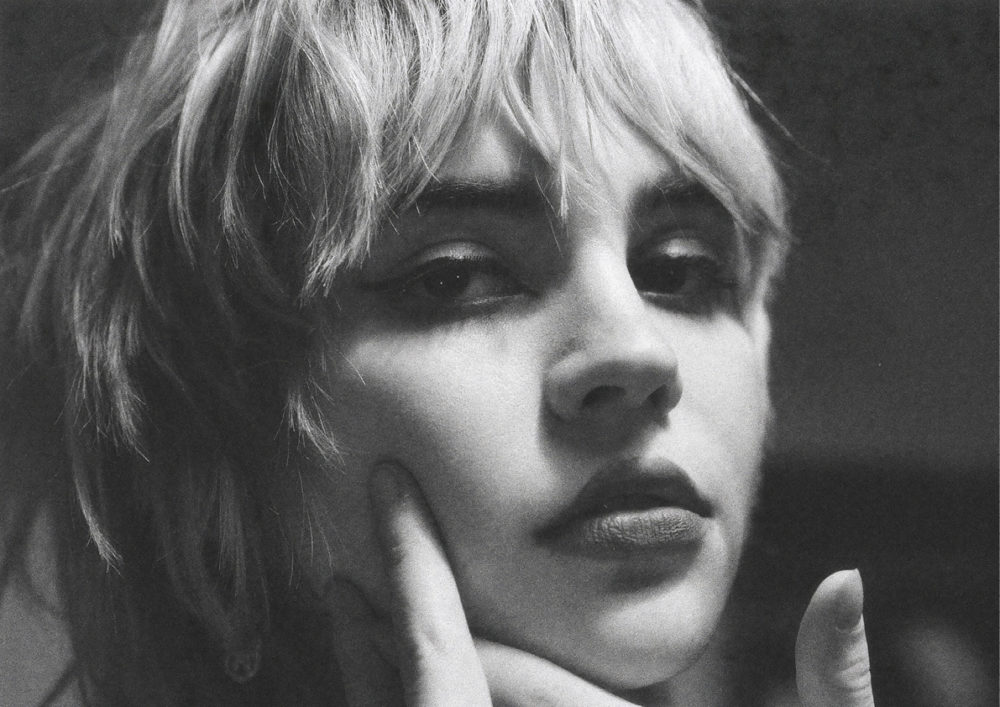 We’re not going to ask you the pizza question, but as a native Chicagoan who’s since moved to New York, what’s your favourite place to hang out in both cities?

Since I’ve been in New York I have loved going to Spectacle Theater in Williamsburg where they play the best B-movies/cult movies in a very intimate setting, and Molasses Books in Bushwick and Spoonbill & Sugartown Books off the Bedford L. Back in Chicago, my favourite place to go to is The Music Box Theater. It’s the most beautiful old fashioned theatre, and they play concerts and movies there. Two months ago I saw one of my favourite artists Julia Holter play there, and it was a magical experience. As far as pizza goes, I like the less famous Chicago thin crust pizza.

Well, speaking of concerts, you’re also a musician. What can you tell us about MAGIE NOIR?

It’s this new project I’ve started up with my friend Marcea Decker. We’ve been making some cold wave/synthpop/experimental pop songs, and I’m very excited to see where this goes. I’m not used to collaborating with people, but it’s very empowering to work with another female who is on the same wavelength as I am.

I recently watched The Cranes are Flying directed by Mikhail Kalatozov and starring Tatiana Samoilova and was very moved. Some others I’ve really liked are Boy Meets Girl directed by Leos Carax, La Ceremonie directed by Claude Chabrol, and Safe directed by Todd Haynes. 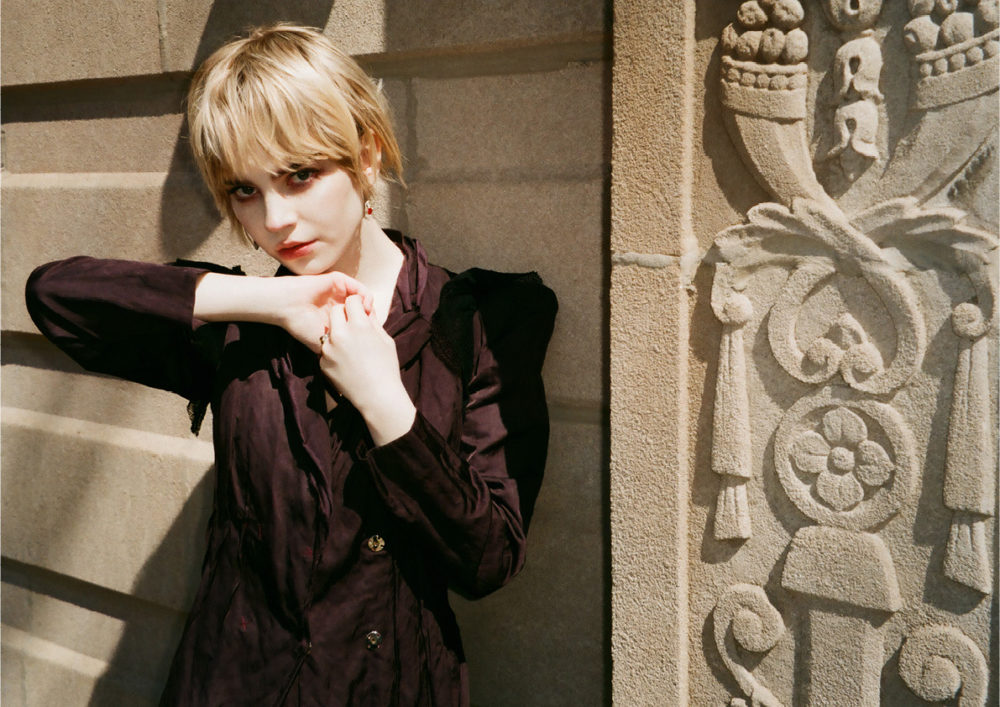 ‘When The Streetlights Go On‘ is currently streaming on Quibi.