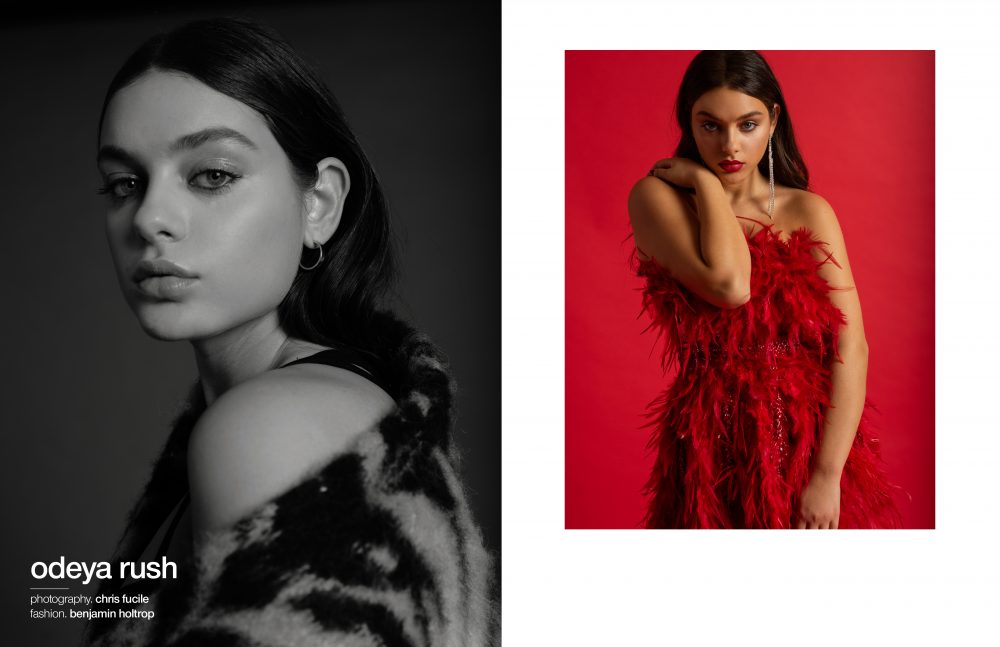 Odeya Rush can do it all. The Israeli-American actress is perhaps best known for her breakout roles in acclaimed movies such as  Goosebumps, Lady Bird, and Netflix’s Dumplin’ but, behind the scenes, Rush is also a writer and director herself.

Rush’s latest venture on-screen comes in the form of Netflix’s new festive flick, Let It Snow, which premiered on the streaming giant on November 8. Playing the role of Addie, Rush stars alongside Chilling Adventures of Sabrina’s Kiernan Shipka, Jacob Batalon and Spider-Man: Into The Spiderverse’s Shameik Moore in the long-awaited film adaptation of John Green, Lauren Myracle and Maureen Johnson’s YA novel from 2008.

Equal parts heartwarming and heartbreaking, Let It Snow is the perfect rom-com to get you into the Holiday spirit. To coincide with the film’s launch, Schön! caught up with Rush to discuss her journey into acting, adapting books to the screen and her future behind the cameras.

You started acting professionally at 13 in an episode of Curb Your Enthusiasm, but how did you first discover acting? When did you get your amateur start?

I was always writing and directing plays at home with my younger brothers. When I got a bit older I fell in love with making movies on iMovie. And in school, I always participated in the plays or talent shows. That’s where it all began.

Growing up, did you always envision acting (or, a career in the arts) in your future?

I think when I was really young I fantasized about working in an office. I was always so intrigued when I would visit my parents at work. Something about the paperwork, desks, office kitchen, hot instant coffee, the fax machine. Oh, I used to spend hours at the fax machine…

Did moving from Israel to the States impacted your wanting to become an actress?

Not really, even when I was a child in Israel I used to fantasize about performing in the “Pestigal,” Israel’s biggest annual musical show. Also, my career didn’t start instantly after moving to America. I’m lucky I got to have a few years of being the awkward foreign kid and attending regular public high school before I entered the madness of this industry.

We’ll next see you in Netflix’s Let It Snow. What are you most excited for fans to see with this one?

I hope this movie replicates the warm, fuzzy, nostalgic feeling we all crave during the holiday season.

The project has a pretty impressive cast featuring Kiernan Shipka, Shameik Moore, and Joan Cusack — among others. How was it working with them in this project?

The cast is sick. I’ve truly been a fan of everyone before I even knew they were attached to the project. Especially Joan. I remember the last day, we filmed the big dance party scene, which is also the only scene we’re all in together. It felt like the last day of school. All the hard work had been completed and we could finally partyyyy. 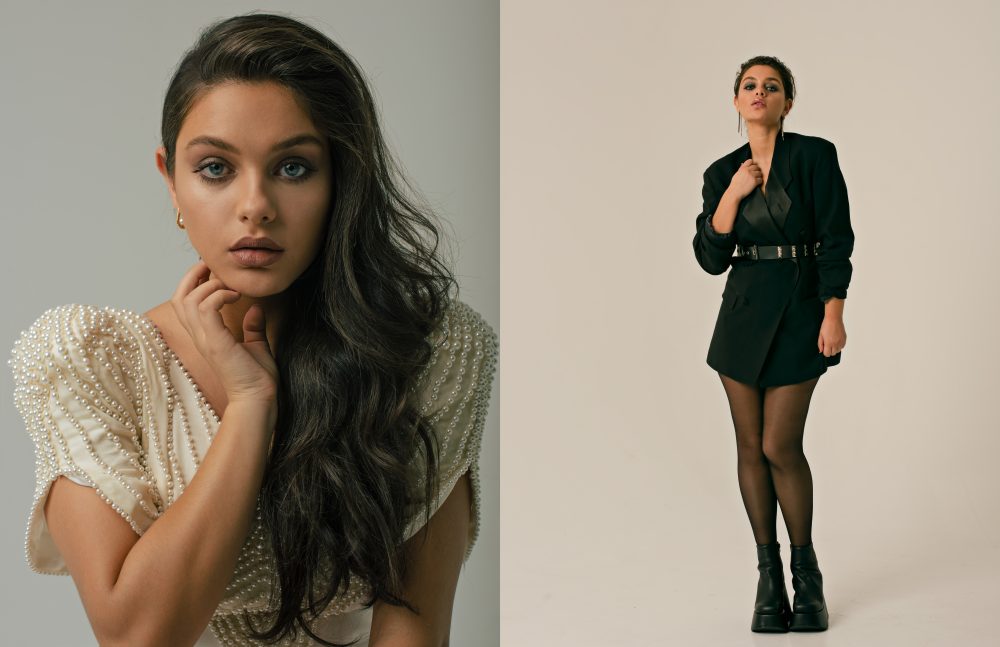 Did you immediately relate to your character?

My character is completely different from me. She is extremely paranoid when it comes to her relationship, and is totally costumed with maintaining a perfect image. I’m much more comfortable with my imperfections and actually enjoy flaunting them as a way to relieve myself and others comedically. Addie likes to follow, and I like to lead.

How did you prepare for the role? Are you a fan of John Green’s oeuvre?

I love John Green, I read “The Fault in Our Stars” in high school and was so honoured to be included in something he helped create.

John Green’s adaptations are highly anticipated. Did you feel any pressure going into the project?

I’ve been lucky enough to be a part of a few film adaptations now, so I’ve learned to detach from trying to replicate the book, but more so view it as its own entity.

After Let It Snow, your next project will be Pink Skies Ahead. What can you tell us about that one?

I can tell you Kelly Oxford is a f*cking talented director and Jessy Barden is a national treasure.

You’ve been part of some pretty amazing projects so far — from Lady Bird to Dumplin’. Looking back, is there a role you’re especially fond of? Or one that you consider particularly formative?

Lady Bird was just an incomparable experience. I think the reason I enjoyed portraying my character so much was because of Greta’s truthful, witty writing. And acting alongside Saoirse just elevated my game in every scene. 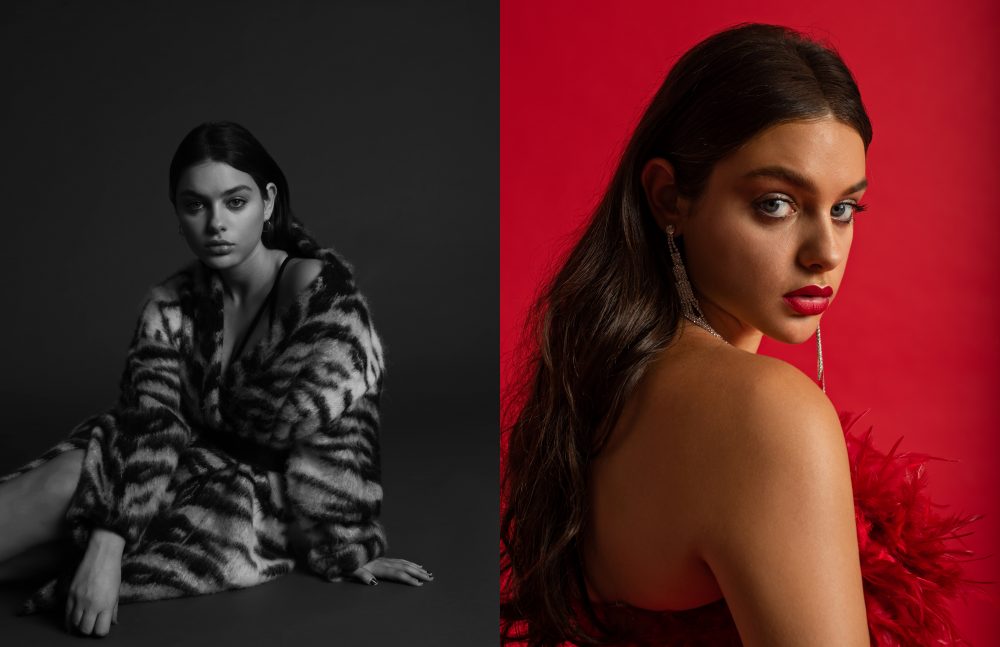 Apart from acting, you’re also into writing and directing yourself. In the last few years, you’ve put out three music videos with Harry Nathan as well as your own short film, Thanks. How did you get started?

Like I mentioned earlier, I was writing, directing, editing way before I started acting professionally. For me, it was always about storytelling. That’s what I strive for in these music videos as well. Whether the budget is $10k or $60 and I’m shooting it myself, I want to tell a story that makes someone, somewhere feel something.

What does directing mean to you at this point in your life?

At this point, I feel like with these narrative music videos, I’m planting seeds for the feature I’ll be directing in the nearby future.

What inspires you the most at the moment — professionally, personally, spiritually, or otherwise?

People who create shit on their own terms. Donald Glover, Issa Rae, Greta Gerwig, Rihanna… People who are not afraid to go out there and create, to explore new territories, and uplift people along the way.

What plans or goals do you have for the future — in terms of both acting and directing but also personally?

I want to direct a movie that shines a different light on Israel than we’re used to seeing. I want to focus on our rich culture and Israeli’s as individual people rather than statistics. 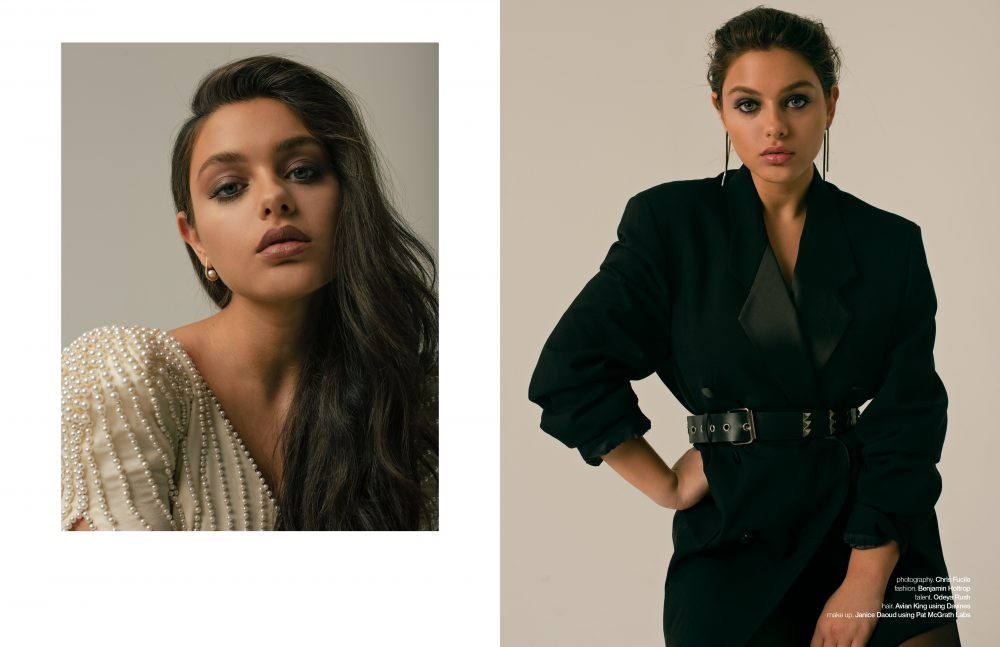 “Let It Snow” is now streaming on Netflix. Watch the trailer for the movie here.