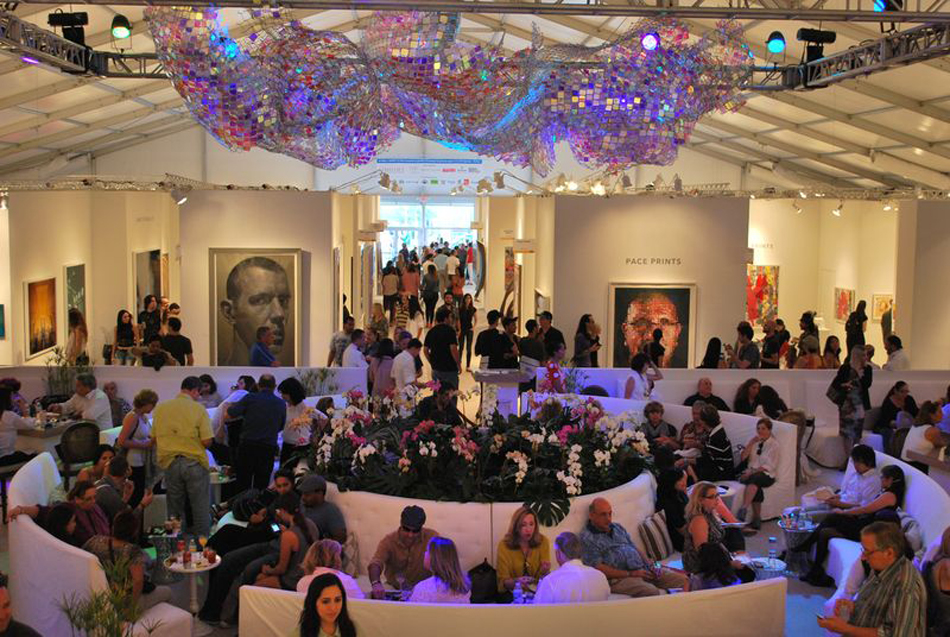 Downtown Fair, the first New York City art fair from the team behind Art Miami, will take place May 8-11 at the historic 69th Regiment Armory at Lexington Avenue. The new fair will debut during a week that also hosts the Frieze New York art fair and post-war and contemporary art auctions at major auction houses in NYC. Schön! sat down with Nick Korniloff, the director of Art Miami and the Downtown Fair to talk about what the ever-expanding group behind Miami Art Week’s oldest art fair has in store for NYC. 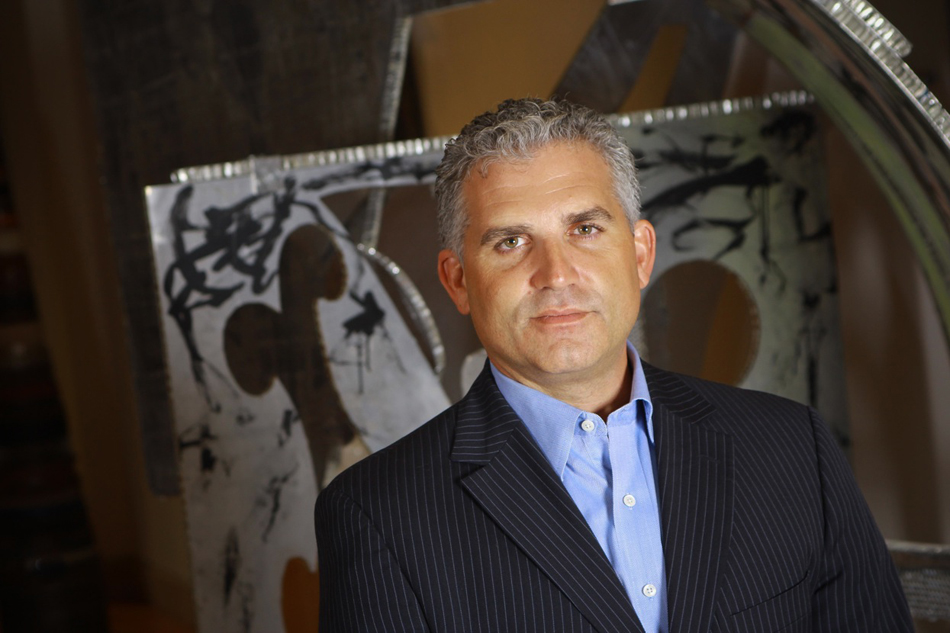 So this is the first year that you are doing Downtown Fair and the first fair that the Art Miami team is doing in New York City, how has the location affected the content and direction of this specific fair?

We took on this fair very late in the month of February, and we had a tremendous, tremendous response. We had over two hundred applicants for a fair that only has room for fifty participants. And we saw immediately a surge for galleries that are representing very strong blue chip material along with some of the leading artists in the primary market in different fields and disciplines and by very respected galleries who participate in shows from Art Miami to the Armory Fair to Art Basel and so-forth. So we’re very excited about that turnout. So immediately, I would say that, just being in New York and during Frieze Week has created a tremendous amount of interest around this fair.

What can collectors find at Downtown Fair that they won’t find at Frieze. Do you think of Frieze as competition or collaboration?

No I think Frieze, you know, has a tremendous reputation and our organisation has a very solid and respectful reputation in the market but what we’re doing in New York at the Downtown Fair is a show that has it’s own strategy and will complement Frieze because the Downtown Fair will have works of art that you can’t find at Frieze. We’ll have strong blue chip secondary market works of art. Frieze is all about fresh material to the market from primary artists. At the Downtown Fair you will see a select group of blue chip works that will complement the auctions- modern and post war- that take place during the same week at the big auction houses in New York. And so we’ll have works of art represented by really important galleries that will complement the auction but also complement Frieze. So that’s the difference – our fair has a completely different mix and depth and diversity to it than Frieze does. That’s very attractive for obviously the collectors either visiting Frieze from out of town or living in New York City or attending the auctions and also the museum curators and professionals and art advisors.

Can you talk a bit about the selection of works? How did you choose Yossi Milo, Nancy Hoffman, and William Shearburn as the dealer selection/advisory committee? What was the general direction in terms of selection?

That’s a great question. The three dealers that we chose to be on the advisory selection committee are all very well-respected amongst their peers and each have a strong knowledge regarding their areas of expertise, whether it be photography or emerging and mid-career cutting edge or blue chip secondary works. And then the main goal of the fair was that the galleries that would be selected to the show obviously have very strong reputations, good collector relations, are outgoing and able to engage collectors and help create collections for the young and up-and-coming collector or the seasoned collector but more importantly that the work that they were presenting would be fresh to the market, not been seen before. So that was the most important criteria.

What are some of the things we can expect to see at Downtown Fair?

Well I think you’re going to see young artists or mid-career artists that are working and living and are having relevant museum shows now and in the future along with some of the big blue chip artists of the past from Lichtenstein to Stella to Picasso to Warhol and so-forth.

What are your hopes for the kickoff and future of Downtown Fair?

We believe that this fair is here to stay for the long-term. It’s located on the Lower East Side. It has a lot of synergy, it’s with the movement that the contemporary market- being that things have shifted a little bit to the Lower East Side and Soho and so-forth and Chelsea. It’s here to complement Frieze and the audience that lands and visits New York during the week when the main fair is on. So it’s not meant to compete with Frieze at any level, it’s meant to complement. And I feel that as the fair continues into the second year you will see a whole new group of other galleries applying, well-known respected galleries, and the quality will continue to increase and the importance of what’s happening at the fair will continue to increase. I also feel that re-energising the 69th Regiment Armory where it takes place is very exciting. This is a historical property that’s been part of the fabric of New York for many years. It hosted a 1913 armory show and also has been utilised for various important things that have happened in the history of New York. It has a meaningful history and when you walk in it has this unique feel to it- it has a beautiful dome and a very historical lobby area and we’re going to revitalise that and really put a first-class show in there for the first time in a very long time and I think people will be pleasantly surprised. 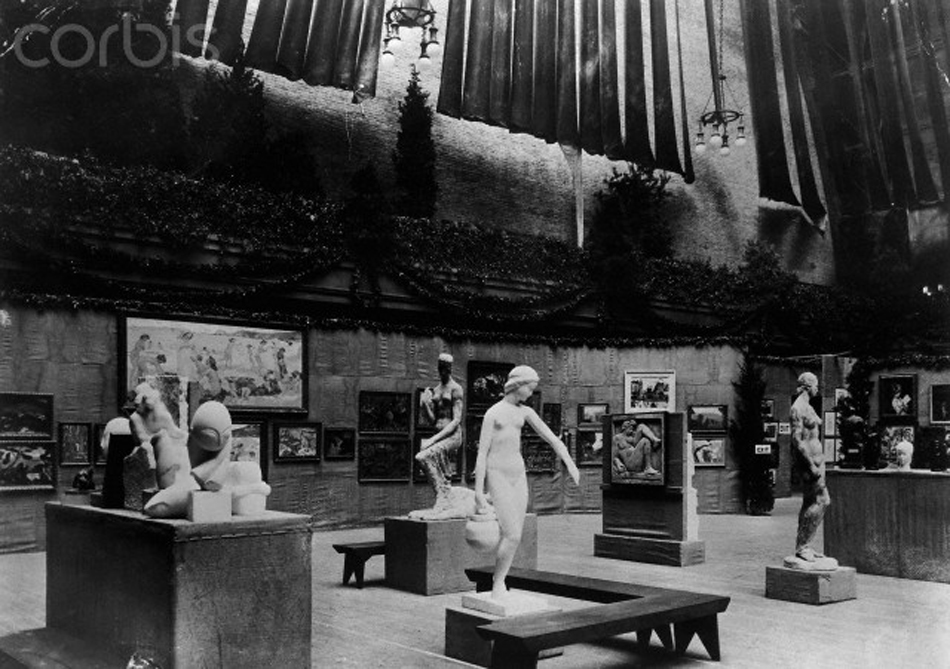 Image of the 1913 show of modern art at the 69th Regiment Armory, Courtesy of Bettmann/Corbis

Do you have any plans for further expansion- what other art fairs do you have coming up?

Well, directly after the Downtown Fair we head to Southampton in July for our third edition of Art Southampton. And then in October during Columbus Day weekend, October 9-12, in San Mateo is the inaugural launch of Art Silicon Valley/San Francisco which we’re very excited about because it’s really an untapped area in America to do a high-end and important contemporary art fair. So we’ll be hosting that and introducing works driven by technology and working with a core group, the same team as we work with on a regular basis internationally and bringing international exhibits to that market for the first time. And then it’s back to Miami in December. In Miami we host three fairs at the same time during Art Basel in Miami Beach. And they all have their own identity and strategy behind them. We are entering the twenty-fifth edition of Art Miami and the third edition of the Context Art Fair for Art Miami which is located on the same street. We have over one hundred and eighty-five dealers combined at that show and we also have the Aqua Art Miami fair which is at the Aqua Hotel South Beach- a historic art-deco hotel that has- it’s really neat there’s forty-seven rooms, all the beds are moved out and we have international galleries there and a really great atmosphere for collecting young, emerging talent and that’s worked very well.

The inaugural Downtown Fair will take place May 8-11 at the 69th Regiment Armory at Lexington Avenue. Tickets can be purchased here. If you are a Frieze VIP cardholder, admittance to The Downtown Fair is complementary.

Click the below links to view the newest Schön! Magazine
Schön! in glossy print
Download Schön! the eBook
Schön! on the Apple Newsstand
Schön! on Google Play
Schön! on other Tablet & Mobile device
Read Schön! online