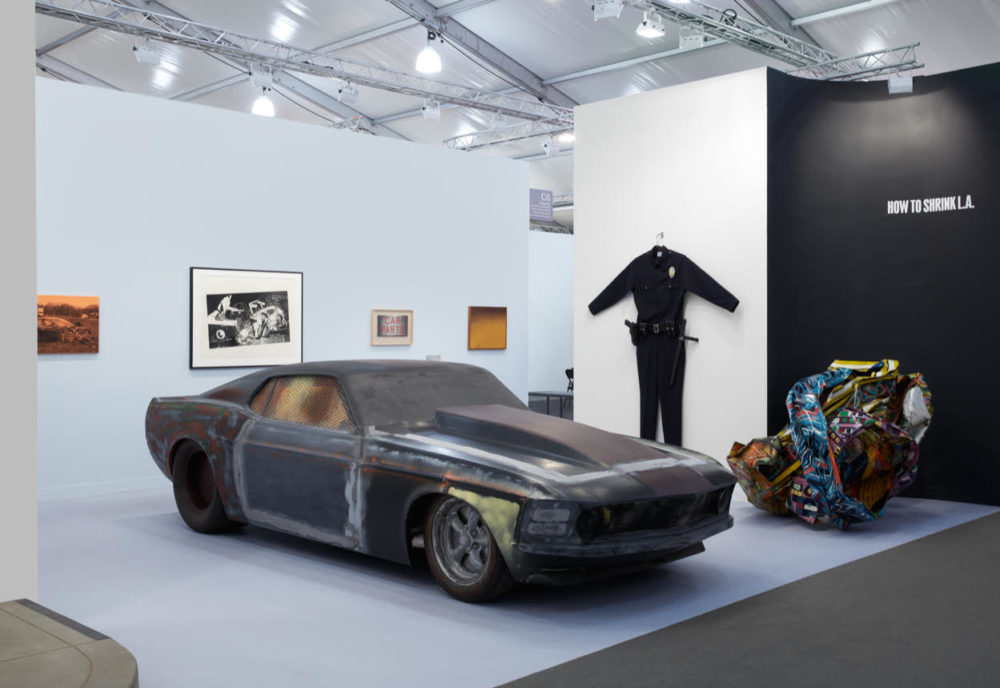 The much-anticipated second edition of Frieze Los Angeles took place from February 14–16 at Paramount Pictures in Hollywood. This year, the Angelino stop of the fair featured more than 70 leading galleries, showing significant works by today’s most prominent emerging artists alongside major figures in contemporary art. “Everything that went wrong last year, went right this year,” said Leon Benrimon, the director of modern and contemporary art for Heritage Auctions. “From the weather to crowd management. The whole art world was there and this is a real indicator that L.A. is now another stop on the circuit.”

Art collector Diane Allen had the general feeling that people were buying more despite the slowdown in the economy. “At 10 am on Thursday, some of the galleries had sold out everything during the first VIP hour, between celebrities like JLo, this was the time for the final deals. When I bought the smaller edition of a print by Wolfgang Tillmanns, I was happy I jumped in immediately as all 10 prints sold out fast.”

As far as the booths themselves were concerned, Gagosian set the bar high, nailing the L.A. vein with a well thought out concept around the city’s car culture. Taking the Angelino highway system as a literal and figurative backdrop, the selection included Richard Prince’s full-scale car sculpture. The booth also featured work by Jean-Michel Basquiat, John Chamberlain, Sterling Ruby, Ed Ruscha, Andy Warhol, Tom Wesselmann, and others. 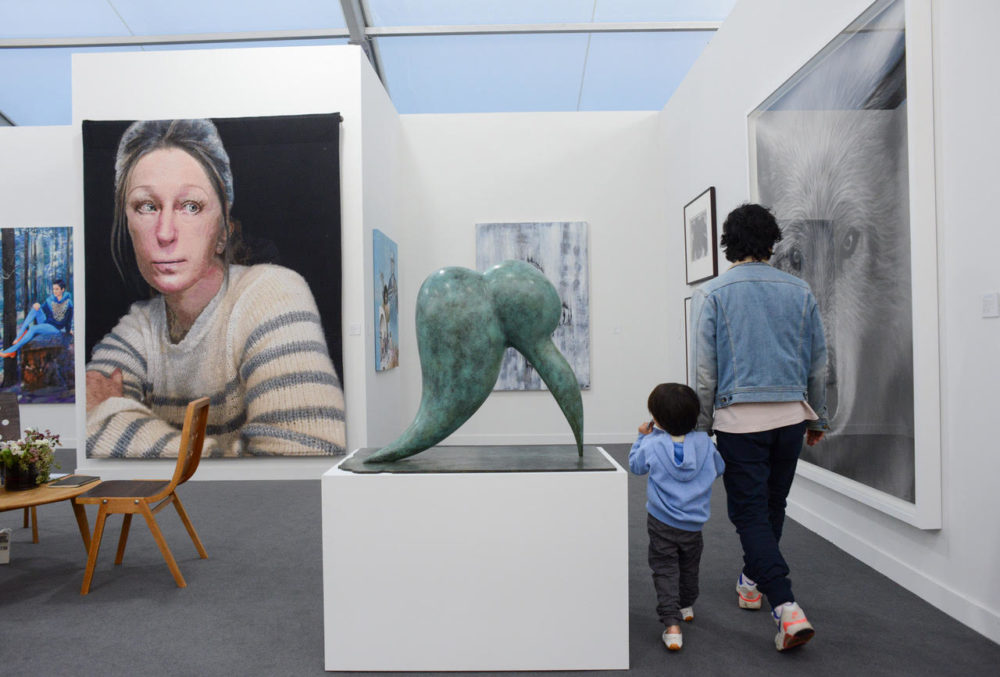 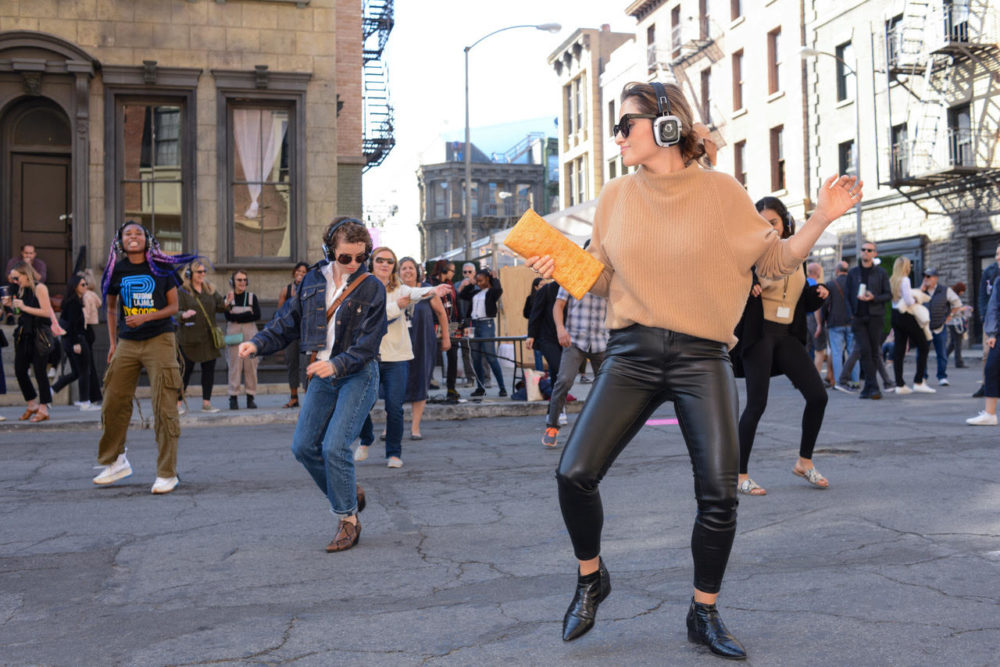 Another highlight of the weekend came from iconic L.A. artist James Turrell, presented by Pace Gallery and Kayne Griffin Corcoran across both galleries’ booths, which included an immersive LED ceiling installation, adjoining to the second booth of four works from Turrell’s Glass series.

Frieze visitors seemed to love Polish-born artist Alicja Kwade’s artwork at Johann König that evoked a poetic beauty. The gallery paid homage to 20 years of making art in Berlin between her and her partner, Gregor Hildebrandt, by dedicating the booth, an art talk, and magazine to the couple. She was also one of the leading female artists also shown by Manhattan’s 303 Gallery along with Kim Gordon, Mary Heilmann, Tala Madani, and Sue Williams.

Venice-based art gallery L.A. Louver showed pieces by Los Angeles-native artist Alison Saar, who uses sculpture and painting on materials varying from kitchen tools and wooden tables to give visibility to the work of women.

The backlot of the fair located on the Paramount Lot, which mimics the New York streets, gave a special charm to the fair — that is, according to Diane Allen. “The creative performances added an experience and layer extended desire to stay longer, be social and interactive. I went on four days and had a great time every time.” From a dance performance for Black Lives Matter, curated by Patrisse Cullors, to the aspect of serendipity and street flair this was something that L.A. is missing. 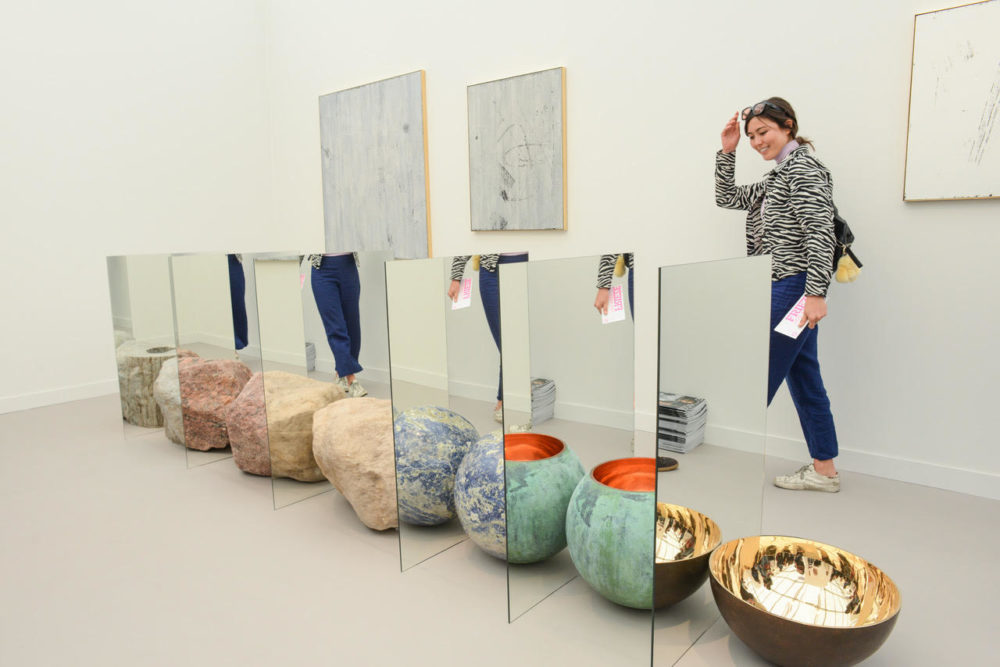 Besides Frieze, Hollywood also had the smaller satellite fairs, Felix, at the Roosevelt Hotel and the ALAC at the Athletic Club. “All three fairs were manageable in one day with great quality of art across the board. Especially seeing art in the hotel setting at Felix as hotel fairs existed 20 years ago mixed with the L.A. vibe of poolside cabanas brought the unique L.A. vibe,” raved Leon.

Even the campaign for Frieze Week was exceptional, with Barbara Kruger posting a series of questions (such as “IS THERE LIFE WITHOUT PAIN?”) all around Los Angeles. Kruger’s artwork notoriously inspired the logo of the hugely popular streetwear brand Supreme. The unmistakable art returned to L.A. billboards replacing the Frieze ads, all while the city was still recovering from Oscar weekend. However, we’d dare say Frieze Week might have been more fun.