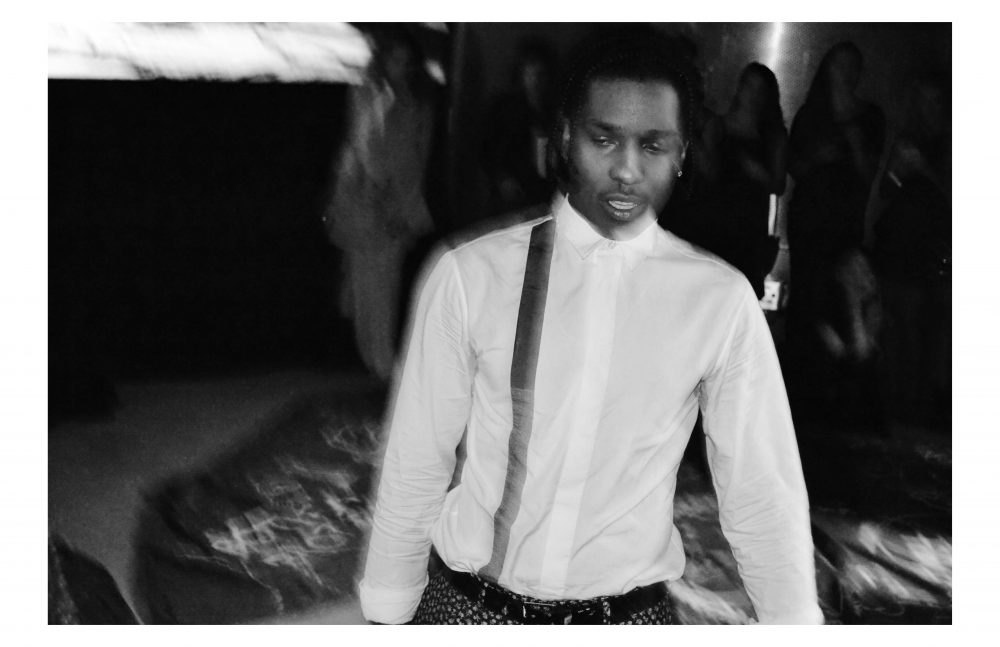 Nadja Sayej has done it all. The culture journalist’s cutting wit has graced the pages (and web pages) of every magazine imaginable. From the Guardian to Harper’s Bazaar and the NY Times to VICE, she has written hundreds of celebrity interviews and cultural profiles. Across publications, her style is always recognisable for its brazenness and that’s when she’s on the clock. On her own time, Sayej has written several books on everything from an instructional guide on Getting Your Shit Together to The Celebrity Interview Book, giving readers behind-the-scenes looks at her day job, these are even more devious.

This month, Sayej releases her newest book Biennale Bitch, a funny diary of her adventures at international biennales throughout her career. Enter self-deprecating humour, bizarre anecdotes of the art world and celebrity encounters that will make you laugh and cringe. Schön! caught up with the biennale bitch herself to find out more about her career, style and stories that are too juicy to print. 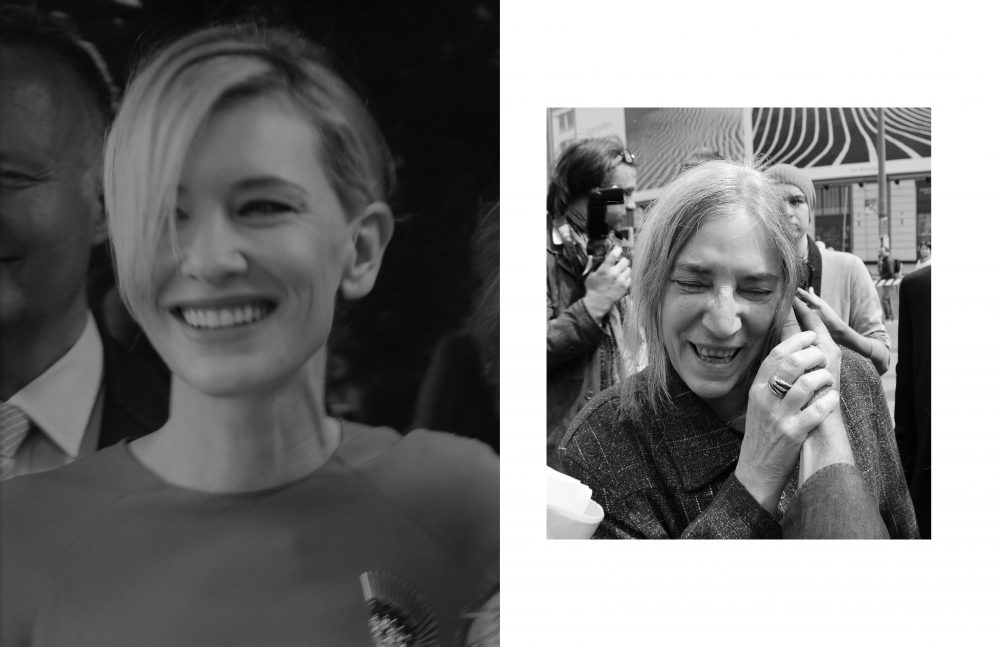 Did you imagine that you’d be doing this — travelling across the world meeting and interviewing celebrities — when you started journalism?

When I started out as an art critic in Toronto back in 2003 (yes, that long ago), I never even dreamed of leaving the couch, nevermind Canada. I do recall writing down in my diary that I was dreaming of “unlimited travel,” but didn’t realize it would actually come true.

Your writing style is scathingly funny, did you always feel this confident being brutally honest or did you need to find your voice as a writer?

I’ve always been this way, my mother is from Glasgow and naturally, Scottish people have a wicked sense of humour. In fact, whenever I’m in Scotland, I just blend into the concrete. My honesty is best captured in episodes from my YouTube show ArtStars TV*, where I trotted art openings with a video camera interviewing the art stars of the art scene. I love writers like Richard Pryor, John Waters and Joan Rivers, but didn’t really feel like I could unleash myself until I started doing standup comedy in 2016. That helped me find my voice as a writer, outside of the journalistic structure, for sure. 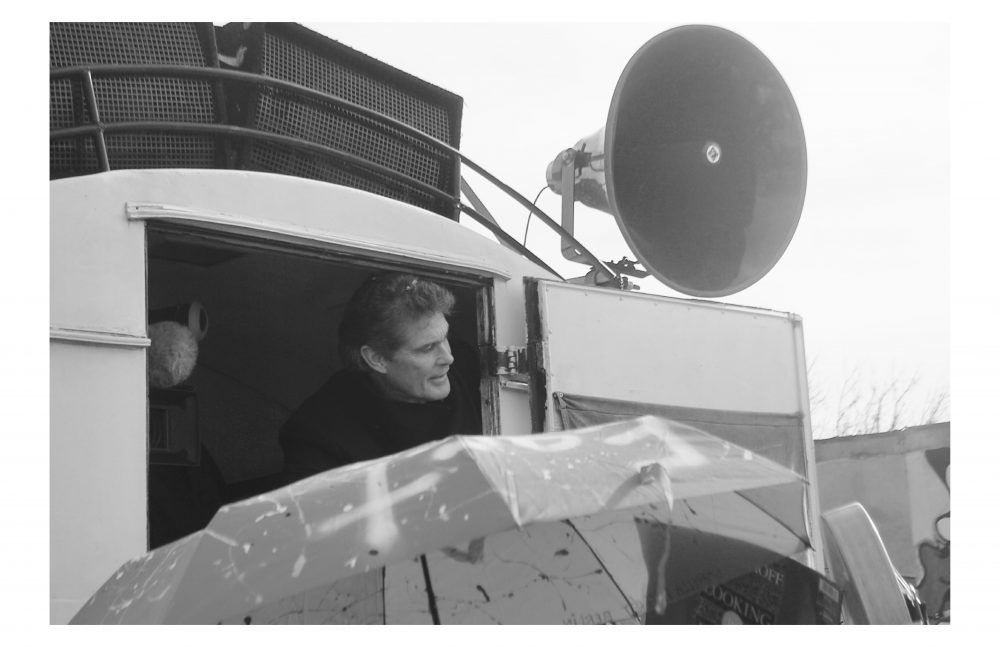 Well, when I’m writing an assignment or interviewing someone for a publication, there’s always a briefing from my editors. They usually have an angle. But in the process of actually getting that story, the act of getting on a plane to go interview a celebrity for 15 minutes (“will travel for anyone with over 100k followers” should be the bumper sticker on my suitcase), is the stories inside of Biennale Bitch. Everything that happens around the story. That’s usually what people want to know when I tell them “I interviewed Salma Hayek,” they don’t care about her new film — they want to know if she’s nice, what she’s really like as a person. Is she cool? I can tell you and the stories in this new book reflect that. 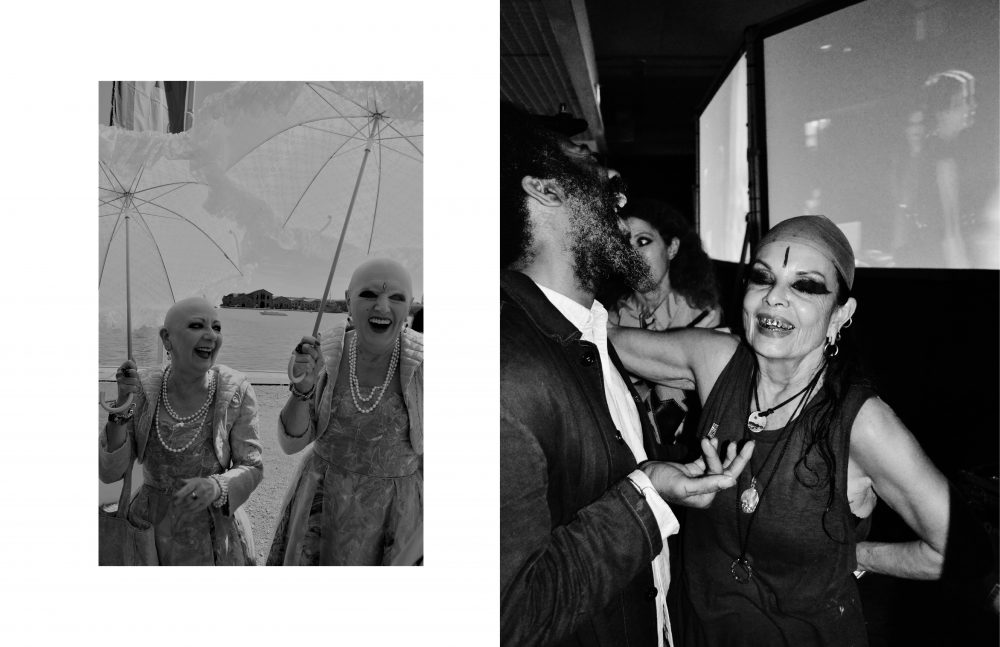 So you’ve clearly been to a lot of biennales in your career. When did the concept for Biennale Bitch come about?

I think it came about this spring when I was in New York and I broke my foot. But I still got up every day to go cover the art fairs because I flew in for that reason. And I thought: “Wow, I’m nuts. Who walks around an art fair on a broken foot? I must be an art bitch, a biennale bitch.” I mean, let’s face it, “art fair bitch” doesn’t have the same ring to it.

In the book, you make the disclaimer that it’s partly embellished and largely “total fiction”. Is this really true?

Well, you can’t take yourself too seriously. Let’s put it that way.

Was there ever the moment where you thought “oh no, I can’t write that”?

Sure, I think that’s probably why people become fiction writers. As for me, I’m not interested in creating characters from thin air, or even walking around calling myself a writer with a capital W or wearing tweed coats. I’m into comedy and Gonzo art journalism. That’s my game. 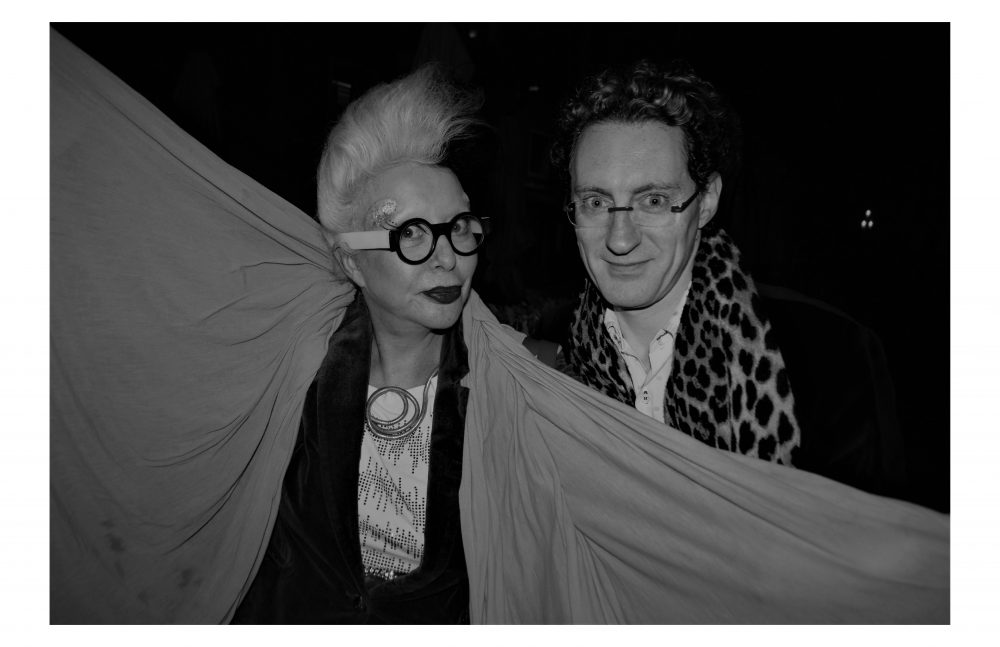 Are there any stories that were too juicy to print?

No way! And if they are, they’re going to be in my next book. But for Biennale Bitch, it’s really about the adventures of me: an arts reporter. In the book, I explain how crazy it can get when you’re taking boats around Venice to try and make an exhibition preview, or running into Thom Yorke on Lido or falling asleep at a Triennale in Denmark, or running into Brad Pitt at Documenta. None of it is planned — it’s all relying on your wits. Following my intuition around the world has led me to speaking with some of the world’s most renowned artists, which is an incredible learning curve. It comes with a deadline. I’m constantly running to catch a last-minute screening, sneak into a cocktail party or grab the last-after-last question of an interview. Let’s face it: The best journalism is done in-person, not when you’re stuck behind your screen! This book attests to that. 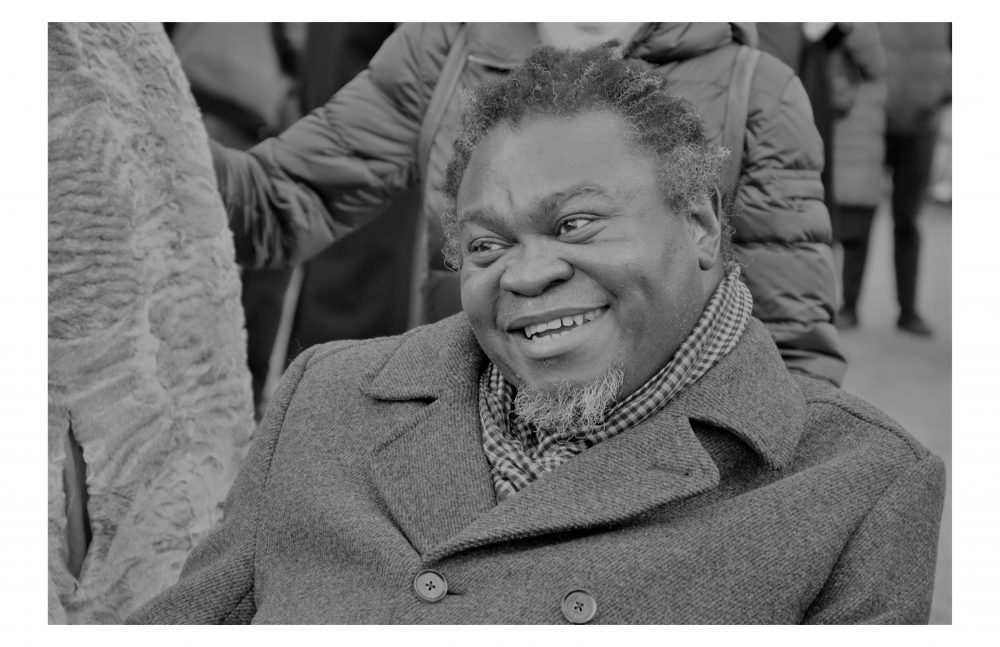 Which celebrity encounter stands out most to you?

I would say Salma Hayek, just because she’s the most recent celeb I’ve interviewed in-person (though I did speak to Amber Rose over the phone yesterday! And I get to interview John Waters tomorrow!) Salma has such a presence you can’t even imagine. She is such a strong woman and is so thoughtful and really considers her choice of words. “Did I answer the question?” she asked me. Who asks that? Nobody but her. She also goes off on tangents, which I find entertaining and to really relish in because often, that’s when you get the best quotes It makes for great material, even if you don’t get the chance to use it all in an article. 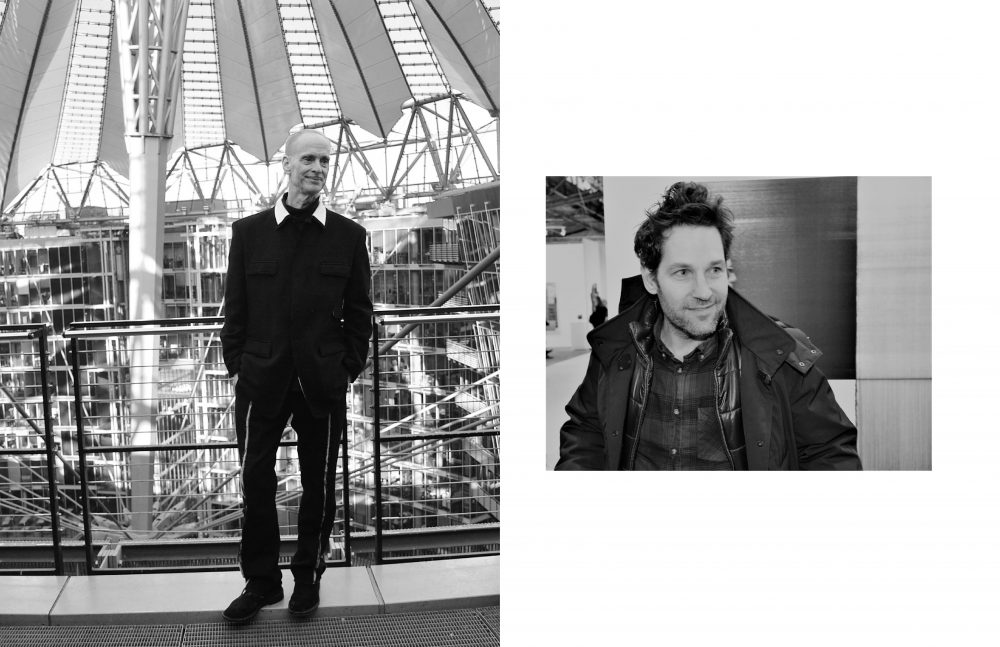 Although you’re a biennale connoisseur, do you ever get starstruck?

It’s funny because I feel so comfortable around art stars and celebrities, that no. I was even at an airport in Austria and Ai Weiwei came up to me to say hi. I was like: “What’s going on here?” But hey, we all get bored in airports and it’s nice to run into someone. I almost want to feel starstruck as a challenge, but often times, I just interview people as if they were, er, normal. I know that doesn’t sound fun, but it still is. I always want to pull out a part of someone in an interview to show the world something new. If I had to interview a rock star I admired back in high school, I might have a moment where I retract to my former unevolved self, but I’m sure I’d eventually realize they’re normal, too. 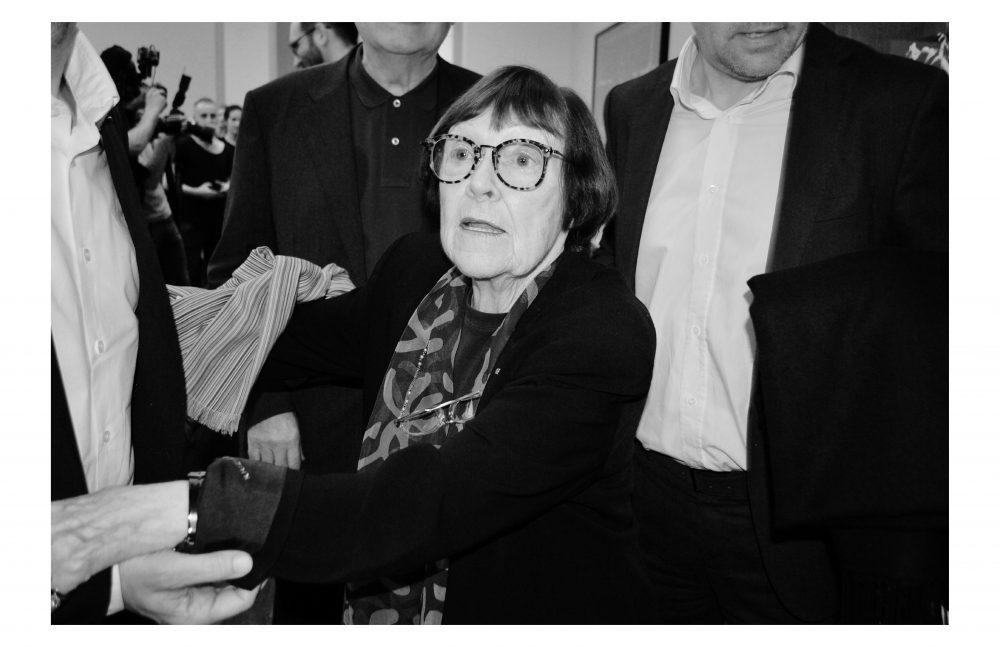 You dedicated your book to the late Joan Rivers. Why did you want to pay homage to her in this way?

Good question! This book is dedicated to Joan Rivers for many reasons, but I think because her book Enter Talking taught me so much about hustling like there is no tomorrow. She kept pushing when nobody believed in her. Joan Rivers did stand up for something like seven years before anyone noticed her. Her perseverance and drive [were] what helped propel her career. Of course, Joan is wildly funny but her ability to blend autobiography with comedic brilliance really blew me away. I also had the chance to interview her daughter, Melissa Rivers, this year, which was incredible. Melissa is one of the most down to earth people I’ve ever interviewed. 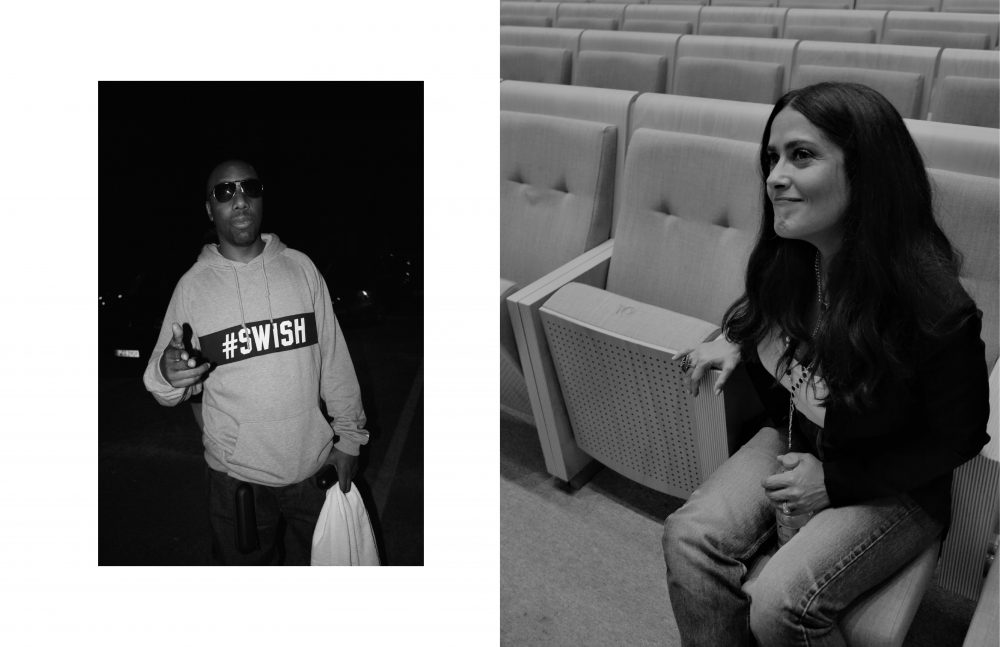 Your work is given another dimension with the photos somehow you manage to really capture the celebrities you encounter (the queen of Norway at the art exhibition was spot-on). How did photography become a part of your craft?

Even today I will tell you: I’m not a photographer, I’m just a writer who takes pictures. I never owned a camera, I felt photography was too precious. It’s an art I really respect, especially looking at the works of Helmut Newton, Nan Goldin, Diane Arbus and David LaChapelle. Then, a friend of mine named Christo Mitov lent me his Nikon camera in 2012 and I just kept it in my purse wherever I went. I was living in Berlin at the time and started shooting bands, then friends, then a ton of brutalist architecture, then thousands of travel photos. But nothing really resonated. Then I was reminded of this Andy Warhol quote: “My idea of a good picture is one that’s in focus and of a famous person.” He is right on some level, at least in the era of social media. But also, nothing excites me more than paparazzi photography exhibitions. The whole lineage of that history, from Ron Galella to Sébastien Valiela, traces pop culture in a way we might never see again. 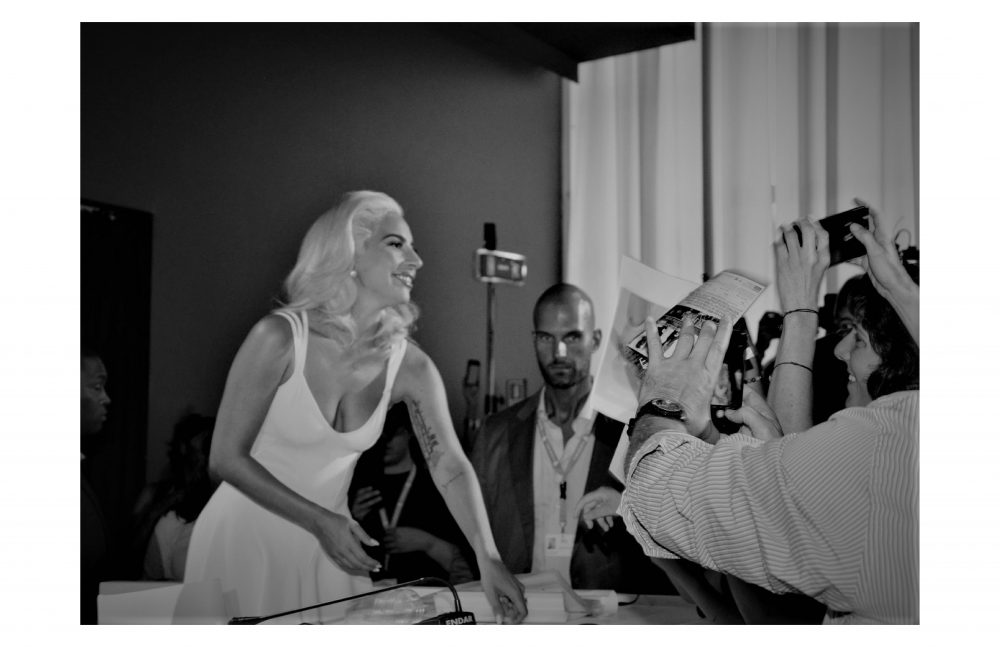 You might be pissing off a bunch of people with this book, how are you feeling leading up to its release?

I say, read the book and judge yourself! I’m an art critic at my core and if an art critic can’t criticize, what use are they? Wait, I know: they can lie down on the floor and be a rug you can walk all over. Do I sense a collaboration with IKEA? Wait, just write the word “Doormat” on my forehead, there’s nothing more Canadian than that.

I’m sure you have many more stories up your sleeve. Will there be another book? What can we expect?

Of course! I’m working on my next book of Celebrity Q&As, featuring [from] Lady Gaga to Pamela Anderson, to be released this Christmas. Watch out for it! You’d be surprised how much people divulge in a phone call. And you’ll learn so much about the philosophy of life, too. I’m also working on a [comedy] book about living in Paris, its called It’s Raining Rosé. The best thing about living in Paris is the men — they’re basically STDs with motorbikes. 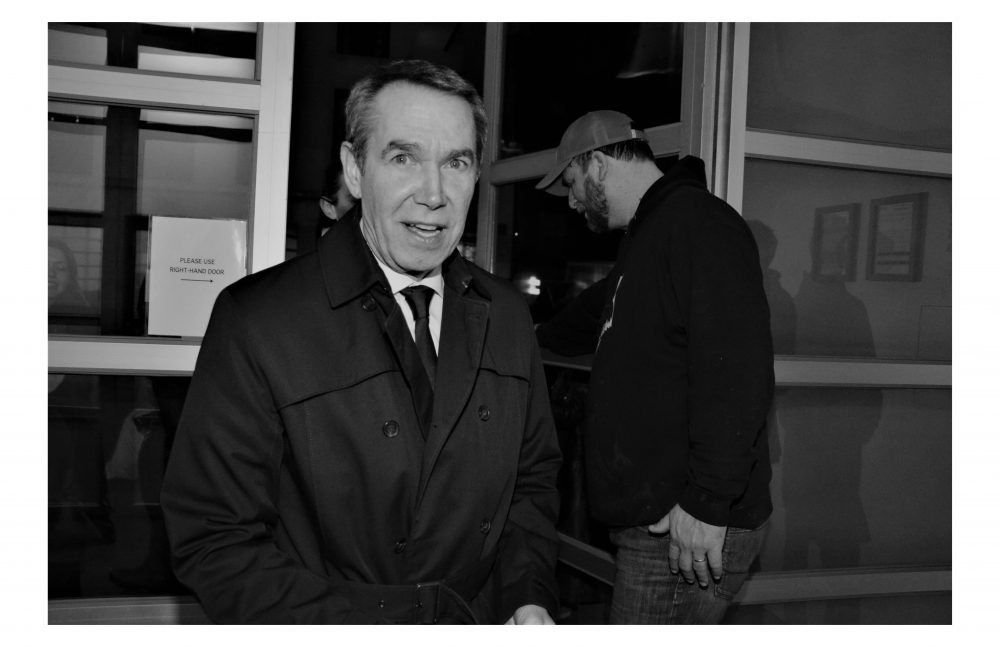 Jeff Koons at The Armory. Image courtesy of Nadja Sayej.

Nadja Sayej’s ‘Biennale Bitch’ is out now. Get it on print or ebook now.