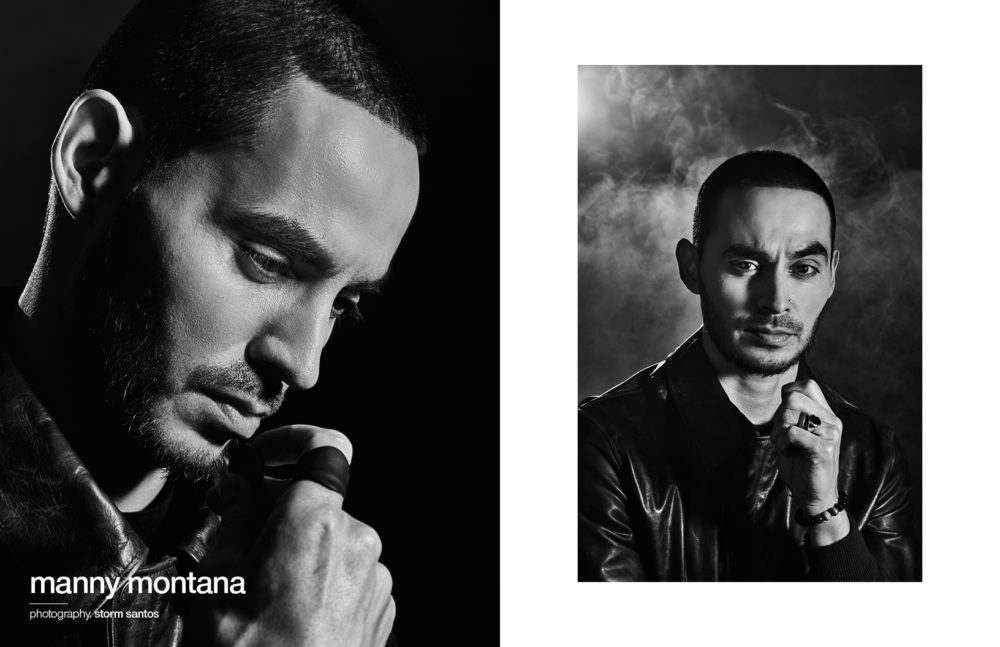 Born and raised in Long Beach, California, Manny Montana has accumulated many roles under his belt over the course of his career — ranging from starring roles on USA Network’s critically acclaimed Graceland to ABC’s legal drama Conviction. But it’s Montana’s latest role that on NBC’s hit crime drama Good Girls, where he plays fan-favourite Rio, that has put him on the spotlight globally.

Debuted in 2018, Good Girls, created by Jenna Bans, places at its centre three protagonists that seem, at first sight, innocuous. A happily married suburban housewife, a frazzled single mom, and a waitress who struggles to meet her daughter’s health care costs. As the series unravels, viewers witness how their innocent, outwardly appearance enables them to escape the law and cunningly navigate the criminal world. Rio astutely recognises the benefits of their docile façade for his money laundering and attempts to work alongside them to expand his business. Even though Rio appears as the typical, malicious criminal, there is undeniably more depth and complexity to his character — and he also portrays the role of a loving father.

In the midst of the airing of the show, Schön! caught up with Manny Montana to discuss his career, his inspirations and what he hopes for the future.

You majored in journalism and then went into acting. What made you pursue acting instead of journalism? What was the moment when you realised acting was the career for you?

I remember the exact moment. It was sports journalism that I was interested in and I was having a debate with someone about a game, or a specific athlete – I can’t quite remember [but] I remember thinking, “man, I really don’t care about this.” [laughs] That’s when I knew, and I never looked back. I always knew I loved movies and specific actors, so I thought why not follow my gut and at least give it a try. Thank God and the universe that it worked out!

Who inspired you to get into acting? And who inspires you now?

So many actors, too many to name. I’m constantly inspired by amazing performances on screen. And not just in media, but in my daily life. The kids I mentor inspire me like nothing else. Watching them battle with life as young people, having successes and failures, trying things outside of their box —it’s so inspiring! Watching my son grow and learn new things every day, seeing my wife’s business grow and all the amazing people she’s helping — it’s so inspiring and it keeps my fire lit.

Without giving too many spoilers away, what can you tell us about how your role will progress in the third season of Good Girls?

Stuff is going to hit the fan this season. Rio is coming back for revenge. The audience is going to find out a lot about what motivates Rio, how close he is with his son, the bosses he answers to, and just how sinister he can be. 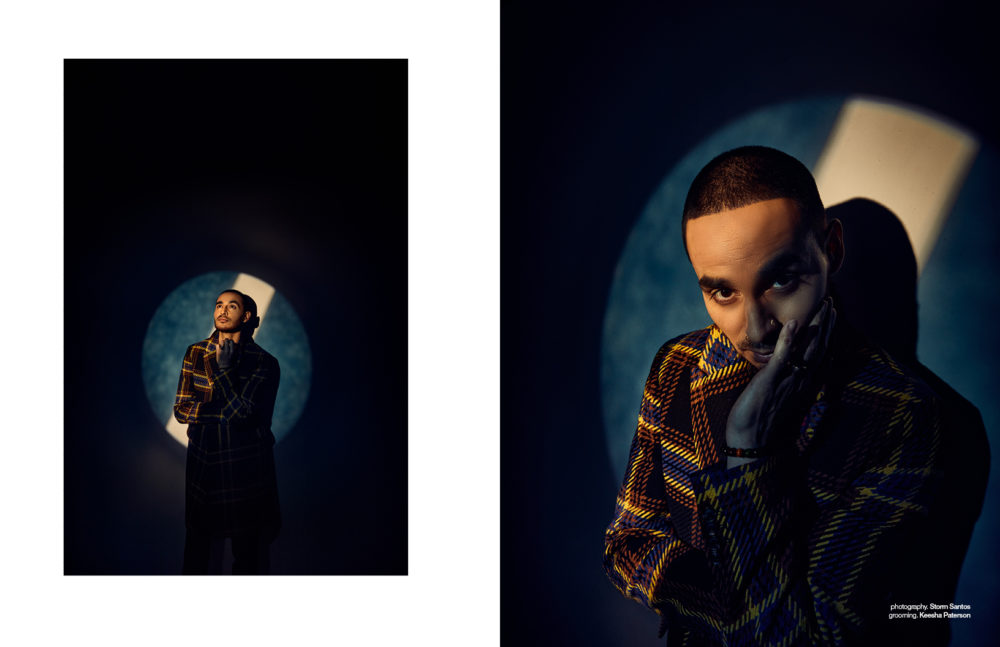 How would you say your previous roles, such as Graceland’s Johnny Tuturro, differ from that of Rio?

They’re both so different. Johnny was super fun and rarely took things seriously. Rio is all business and doesn’t let anything slide. But what they do have in common is living by a code. They protect their family and what’s theirs at all costs.

Does Rio resonate with your personal life? Are there values that you think you share with him?

Every character you play gets in you one way or another, consciously or unconsciously. But, the only value I share with Rio is protecting my family at all costs.

On the contrary, what are your main differences? Are there any aspects you find particularly challenging when getting into Rio’s headspace?

The main difference between Rio and me is that I’m not motivated by money. In my entire life, thus far, whenever I get into something, it’s always with the mindset of how happy this can make me and how many people it can help. The hardest part about playing Rio is the balance — how scary and mysterious to make him, how much charm to add… I’m constantly fighting with myself about how to play it, but once I’m on set, I just let it all go and hope all the work shows on screen.

How do you hope for your character Rio to be perceived by the audience?

Honestly, I’ve loved the response I got from the audience since the beginning. It’s very flattering and humbling. I want them to side with me and not even realize why.

What has been your most memorable moment from working on Good Girls so far?

I’d have to say the finale in season one. It was such a great scene and cliffhanger. Emotions were high and tense on set which made for an amazing scene.

After a long day of work, how do you like to unwind?

Turning my radio off and making my long drive home in silence. Then, sitting on the porch with my beautiful wife and telling each other about our days. Simple. Love.

If you could choose another career besides acting, which one would it be?

I would own a boxing gym and help as many kids as I possibly could. It would have to be a profession that’s different every day and where I can help and interact with people. Without that, I’m just not motivated.

What are you most looking forward to in the coming year?

Yeah, hopefully! It would be great to do this show for as long as people are truly feeling it and to be able to do great projects during hiatus. When you love what you do, it’s hard to sit still. I get antsy if I go too long without acting.

The third season of “Good Girls” currently airs on NBC.