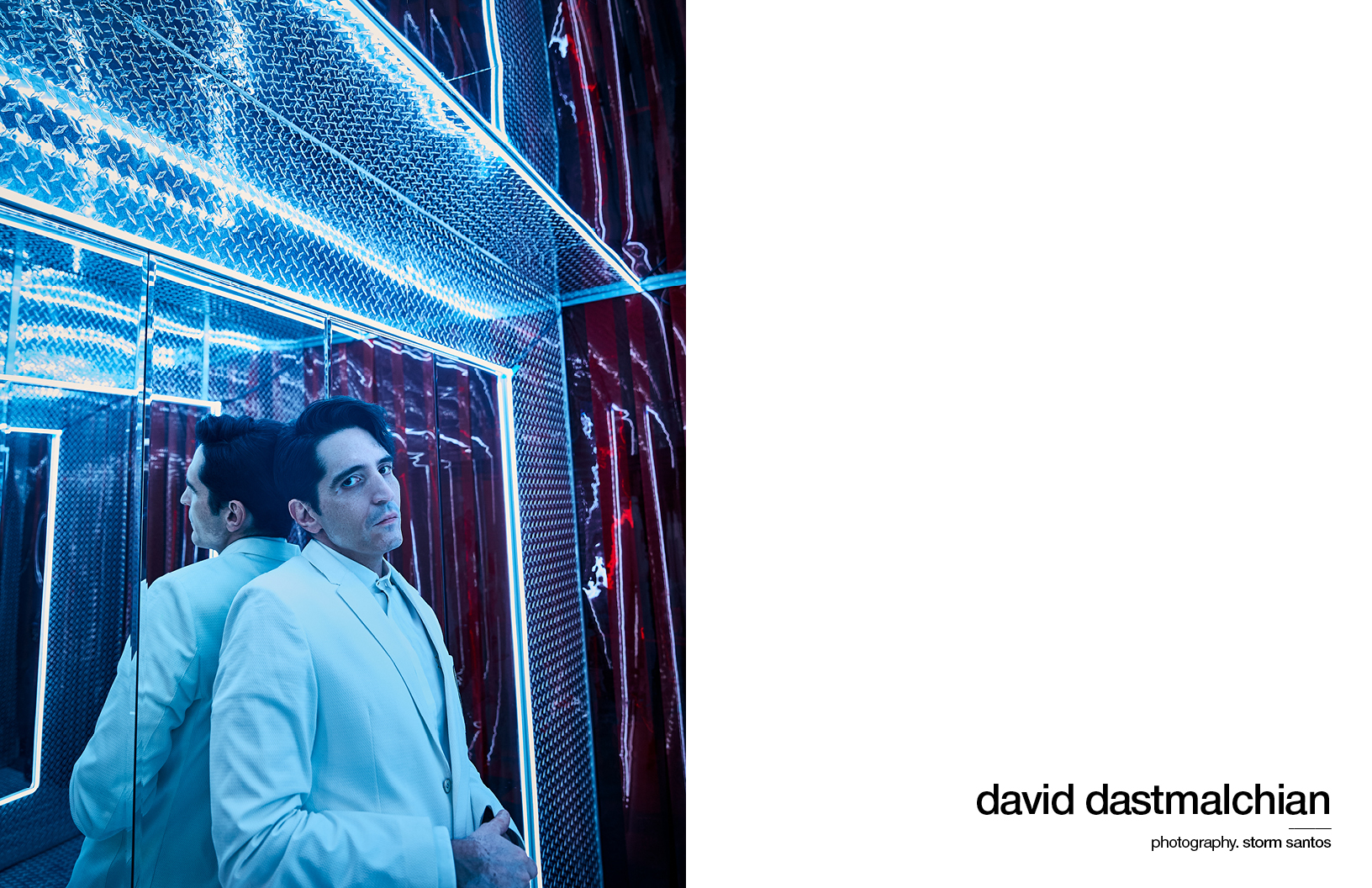 If you’ve seen a comic-inspired film that was released within the last 10 to 15 years, there’s a likely chance you’ve seen actor David Dastmalchian in character. After a breakthrough appearance in Christopher Nolan’s The Dark Knight, Dastmalchian would leave his mysterious presence and sharp profile etched in viewers’ heads forever. Since then, the multi-talented actor has gone on to build up an impressive portfolio of performances in blockbusters — not only comic-based! — as well as writing and producing for film, and even getting his own Dark Horse comic-book series. Schön! caught up with Dastmalchian to discuss his latest role in James Gunn’s The Suicide Squad, his upcoming role in the highly anticipated Dune adaptation set to release in October and other news in his creative orbit.

Your character, The Polka-Dot Man, is rather wacky to say the least — but he’s also very human. Did you find it difficult to get into character for this part, or was it easy to draw on a connection to him? What helped you get into character?

I was immediately drawn to two elements that James wrote into Abner, and they continued to be my anchors as I explored the character. First and foremost was his morbid and overbearing depression. This is something I know and understand personally, and I connected with that sense of despair and isolation that smothered Abner through most of the film. Secondly, was his embarrassing affliction. As someone who lives with an autoimmune disorder called Vitiligo, I spent many years being ashamed of my own “polka-dot” skin and the pain that I felt whenever exposed to direct sunlight. 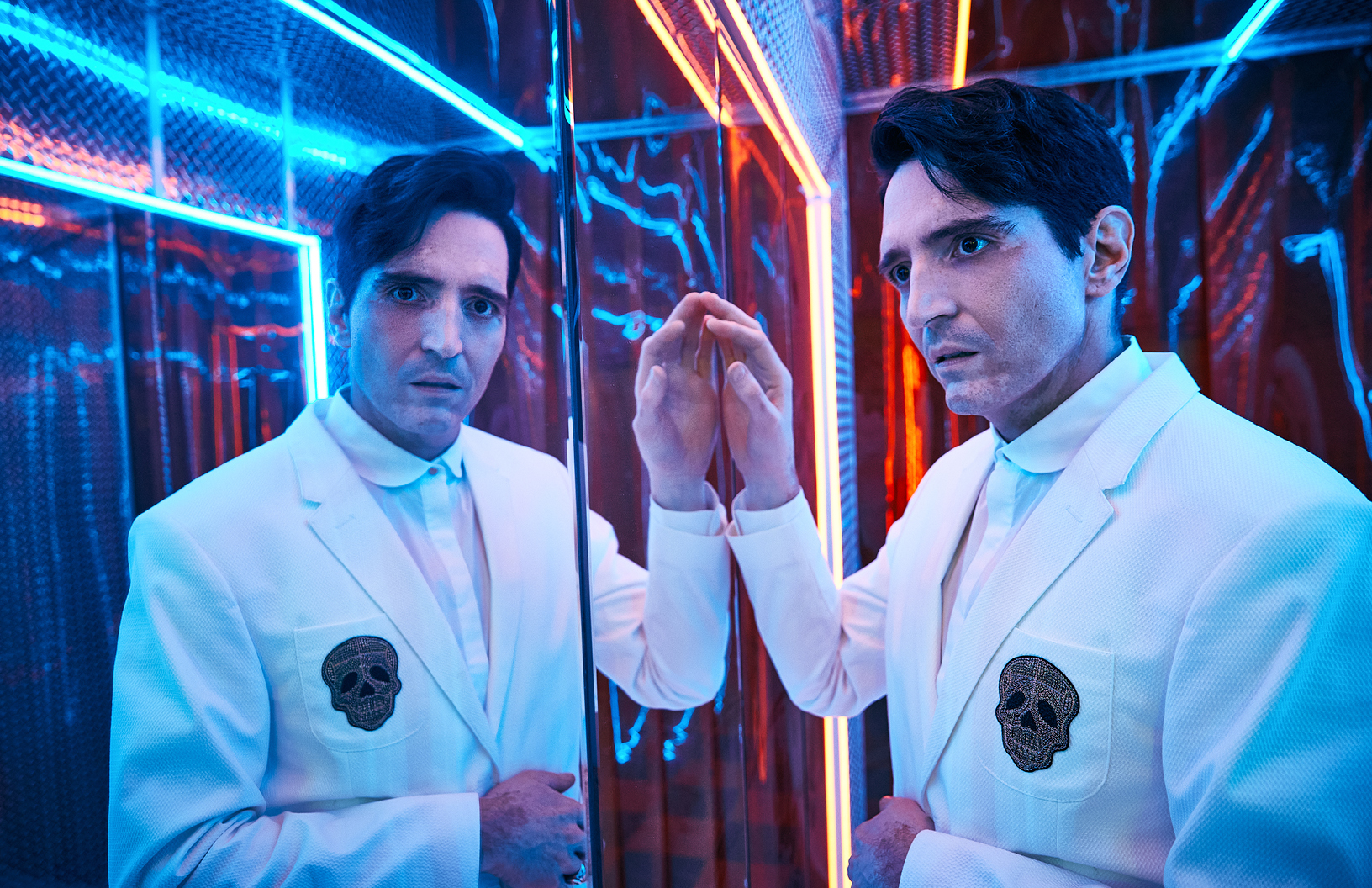 The list of directors you’ve worked with is no small feat: David Lynch, Christopher Nolan, and recently James Gunn for The Suicide Squad. I imagine there’s a lot to learn when working closely with each of these names. What’s your biggest takeaway from working closely with James and his style?

James juggles three magical elements that all combine to make his art so dynamic, powerful, memorable and moving. First, he is intensely prepared. He comes to the film with a vast amount of thought put into every scene, and he knows the details of each and every little mechanism of this massive machine that he’s constructing. Secondly, he allows his imagination to roam unbounded. This helps everyone else in the process feel empowered to think outside of the box and take the biggest creative swings to help achieve James’ vision. Finally, he knows how to hone in on the details and rhythms of human emotion and the heart of a story. This gives everyone — those involved in making the film and the audience of the film — an opportunity to be moved in a way that is rare in large-scale commercial films.

How did getting the role for Polka-Dot Man come about?

James sent me a text message one night. It said, “I want YOU to join The Suicide Squad.” I couldn’t believe it. I still can’t believe it.

Is approaching a massive production like The Suicide Squad any less intimidating for you at this point in your career? How do you “rally” for such a big — and potentially terrifying — role?

It is actually more intimidating. I find that my fear and anxiety around bringing roles to life has only increased as the years have passed. As the size of the role increases, the magnitude of the films grows, my fear increases. I think this is okay. I don’t believe in the word “fearlessness.” I don’t understand that word. When I am filled with fear, I have to dig into myself or look around for others to teach me new tricks so that I can face the fear and leap into the darkness. Each time I leap, the gap seems to grow further. And yet the feeling of accomplishment during that leap and landing — even if it’s a messy landing — seems to grow deeper and more rewarding.

Besides Polka-Dot Man, who is your favourite villain/anti-hero in The Suicide Squad? Why?

I love Harley. I have always loved Harley since the animated series, and when I got to see Harley up close and in person… it just blew me away. She’s unapologetic and dangerous and funny and sexy and grotesque all at once. She doesn’t need anyone to help her and she’ll stomp your head if you stand in her way. 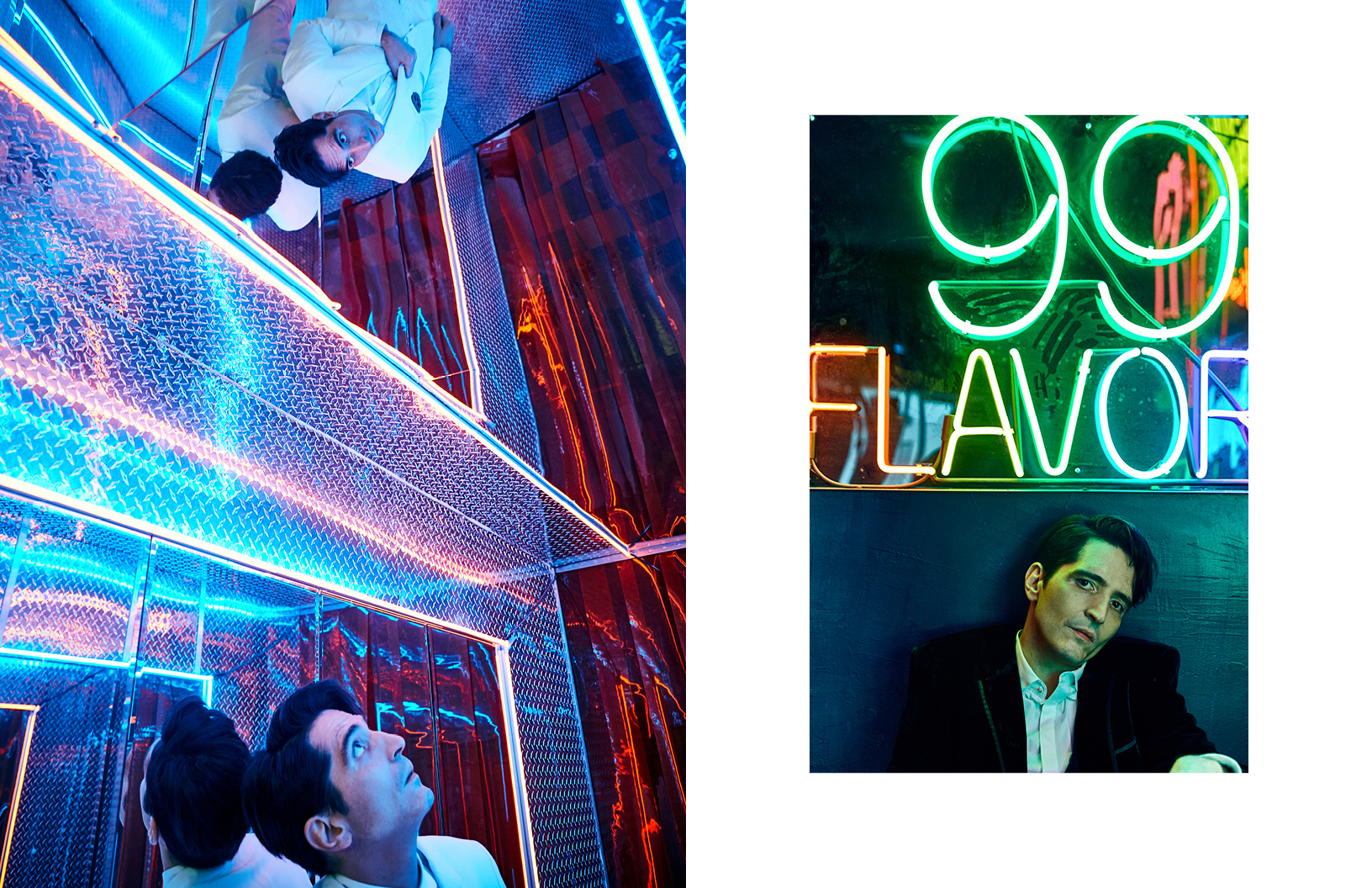 You once talked in an interview about the challenge of having to perform for one of the big comedic moments in The Suicide Squad. Is comedy’s role in the superhero world a hurdle that you think about? How essential do you think comedy is in the cinematic superhero world as we know it today?

The style of comedy and amount of comedy in any good superhero film is directly determined by the director’s vision and aim for the overall tone of the film. As we know from Ant-Man and Ragnarok, an excellent superhero film can be brimming with comedy. There are also those superhero films that exist in a much darker and more dramatic tone, like The Dark Knight. I’m terrified of the “comedy moments” in some of my roles because comedy just doesn’t feel like second nature to me — as opposed to dramatic and darker moments which feel more connected to me. I just try to lean on my scene partners and directors when I’m faced with a comedic moment.

In 2019, Count Crowley: Reluctant Midnight Monster Hunter was published with the help of Dark Horse — first, congrats on its renewal! Aside from this, you’re also well-versed in writing screenplays. Tell us about this continuation for Count Crowley — and if there’s anything else we can expect from David Dastmalchian the writer!

I’m so excited for the new run of Count Crowley. We’ve only just scratched the surface with Jerri and her journey as a monster hunter. She’s about to come face to face with all manner of monsters (both “good” and “bad” monsters) and her newfound callings as both Horror Host and Monster Hunter are going to lead to some very fun and frightening adventures. I have written a dramatic supernatural thriller called Hide Your Eyes which is being directed by Erica Scoggins. The cast is assembling now and we start shooting in the spring. 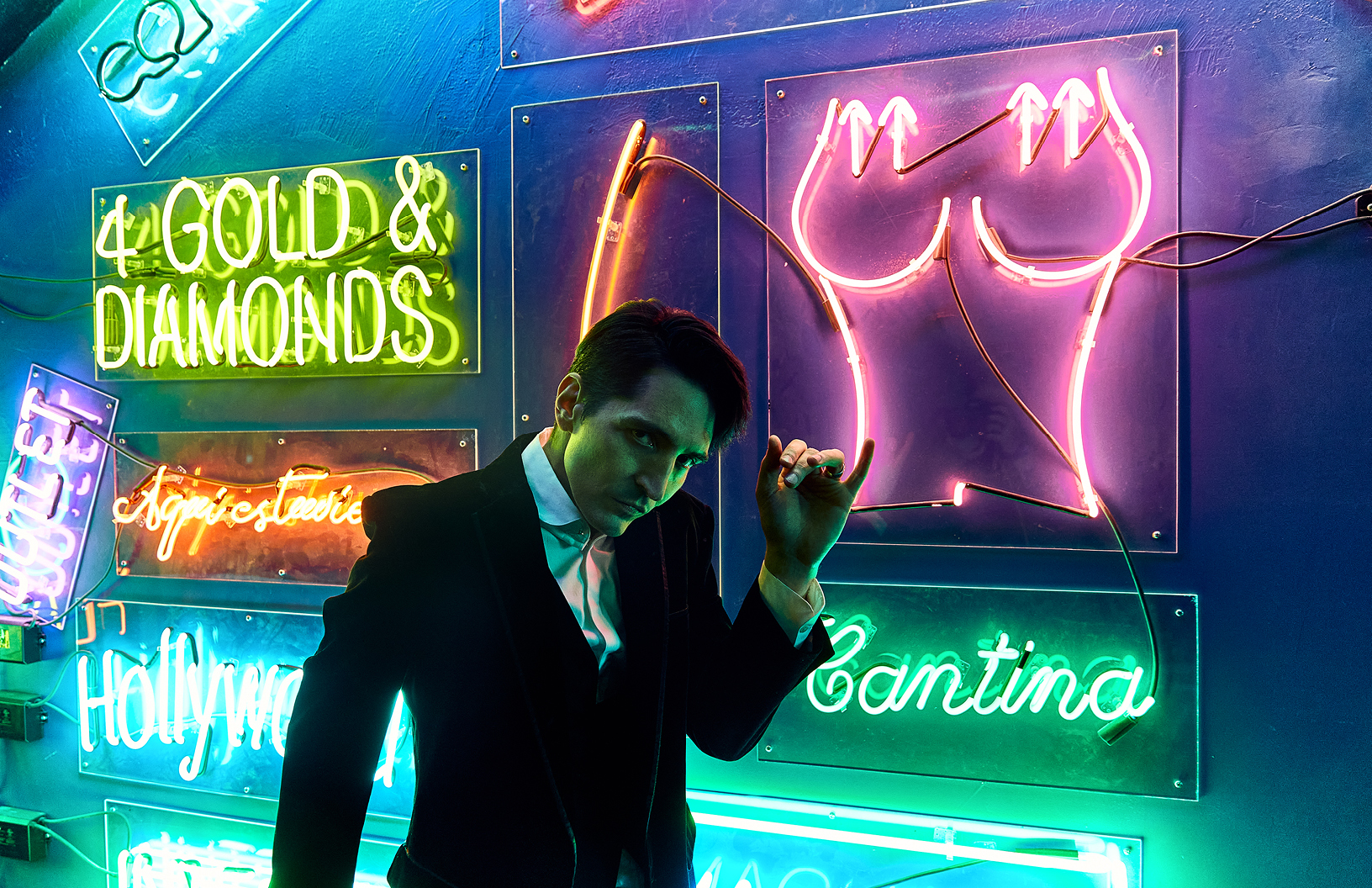 How has the rest of your family taken to both your comic obsession and affiliation? Are they all big fans as well?

My wife (Evelyn Leigh) is a huge supporter of my love for comics, and she’s rather obsessed with web comics herself. In fact, when I first met her, she had some of Frank Miller’s Dark Knight Returns comics framed on her wall. I mean, I already knew she was “the one”, but that just sealed the deal. My kids love comics. They make their own, in fact. My son has his own series, Plant Man, and my daughter likes drawing monsters. We are a house of monsters and supervillains. It’s quite a circus.

You’ve admitted to being a fan of both the novel Dune by Frank Herbert as well as David Lynch, who filmed the book’s original adaptation. Was it an easy answer for you to take on the role of the menacing Piter De Vries and reunite with director Denis Villeneuve? How was that experience?

It was the simplest answer. It will always be the simplest answer. If Denis wants me to work on one of his projects, I will always say “yes”. I trust him implicitly and I am honoured and humbled that he thinks I am capable of bringing characters to life in his films. As a massive fan of the novel Dune, I was so grateful to know that it was in the hands of Denis, the master. I’ve seen the film, and it’s a historic achievement for cinema. I can’t wait for everyone to see it on the biggest screens that they can possibly find.

While you’ve expressed the challenge of latching onto Piter’s computer-like villainousness, since getting into the character, has it been a challenge to get out of?

Piter was definitely a challenge to get inside, but walking away was simple. I ran, in fact. Piter terrified me, and it was frightening to step inside of his reality. I was grateful for the experience, but it haunted me and I was relieved when I shed his skin. 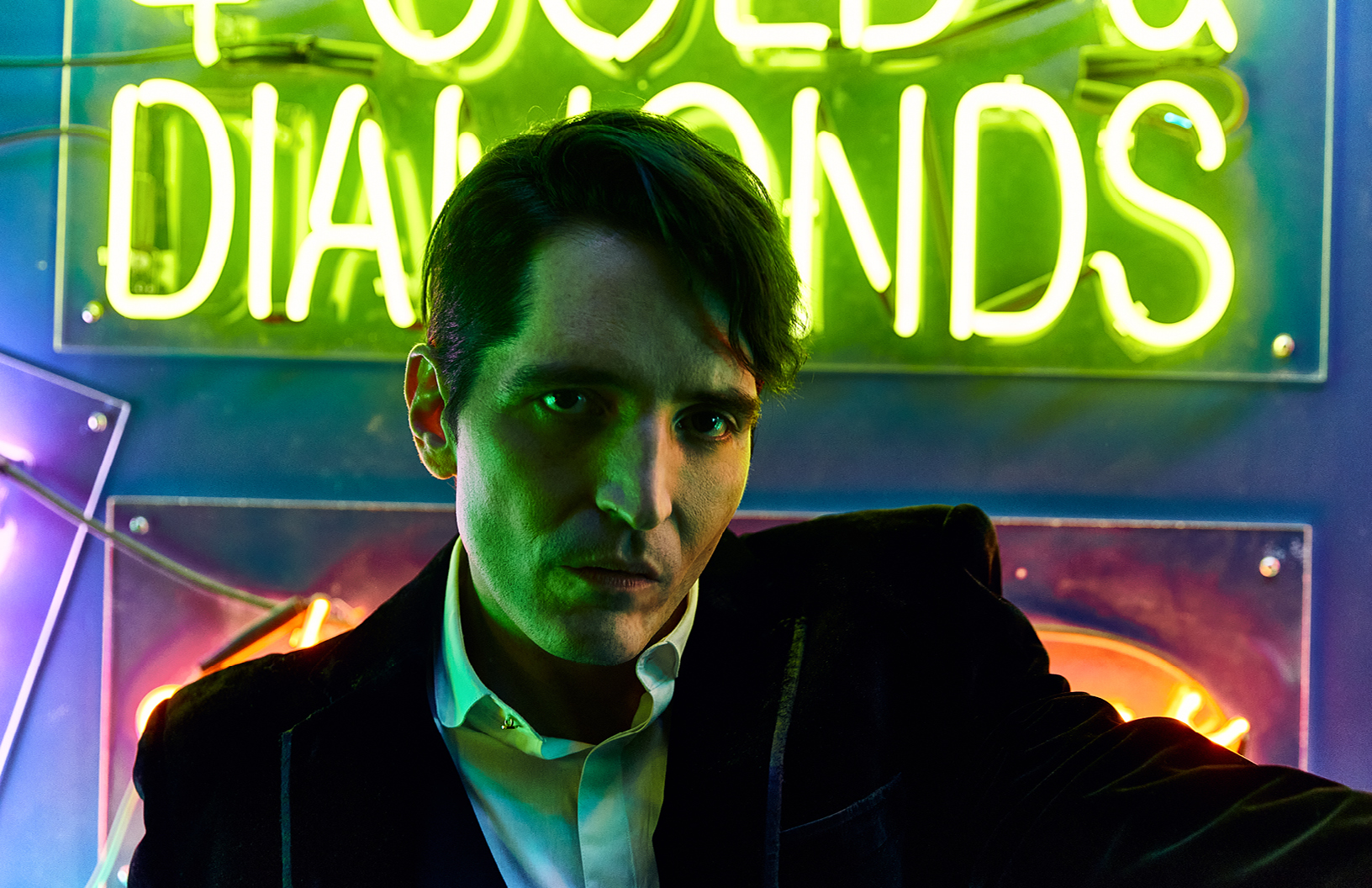 As a fan yourself and without revealing too much, how do you feel this latest adaptation of Dune will live up to the cult fandom?

I believe that this film is going to transform all audiences. Whether or not you’ve ever read the book Dune, whether or not you’ve ever even heard of Dune, this film is going to transport you in a way that you’ve never experienced before. As for the fans of Dune, I believe that they will all be thoroughly grateful and satisfied with Denis’ masterful rendering of this story. I certainly am.

Is there a genre of film or TV that you’d like to try out that you haven’t already?

I am currently filming a period piece set in 1897 and I am loving it. It’s also set at sea, and this is a dream for me. Did I mention that it’s a story lifted from the pages of Bram Stoker’s Dracula and is being directed by the great Andre Ovredahl? Yes, it is amazing! Oh, and a spy thriller. I dream of playing the villain in a spy thriller. For now, I will settle for playing the villain as my kids pretend to hunt me down and kill me… let’s hope they don’t succeed. 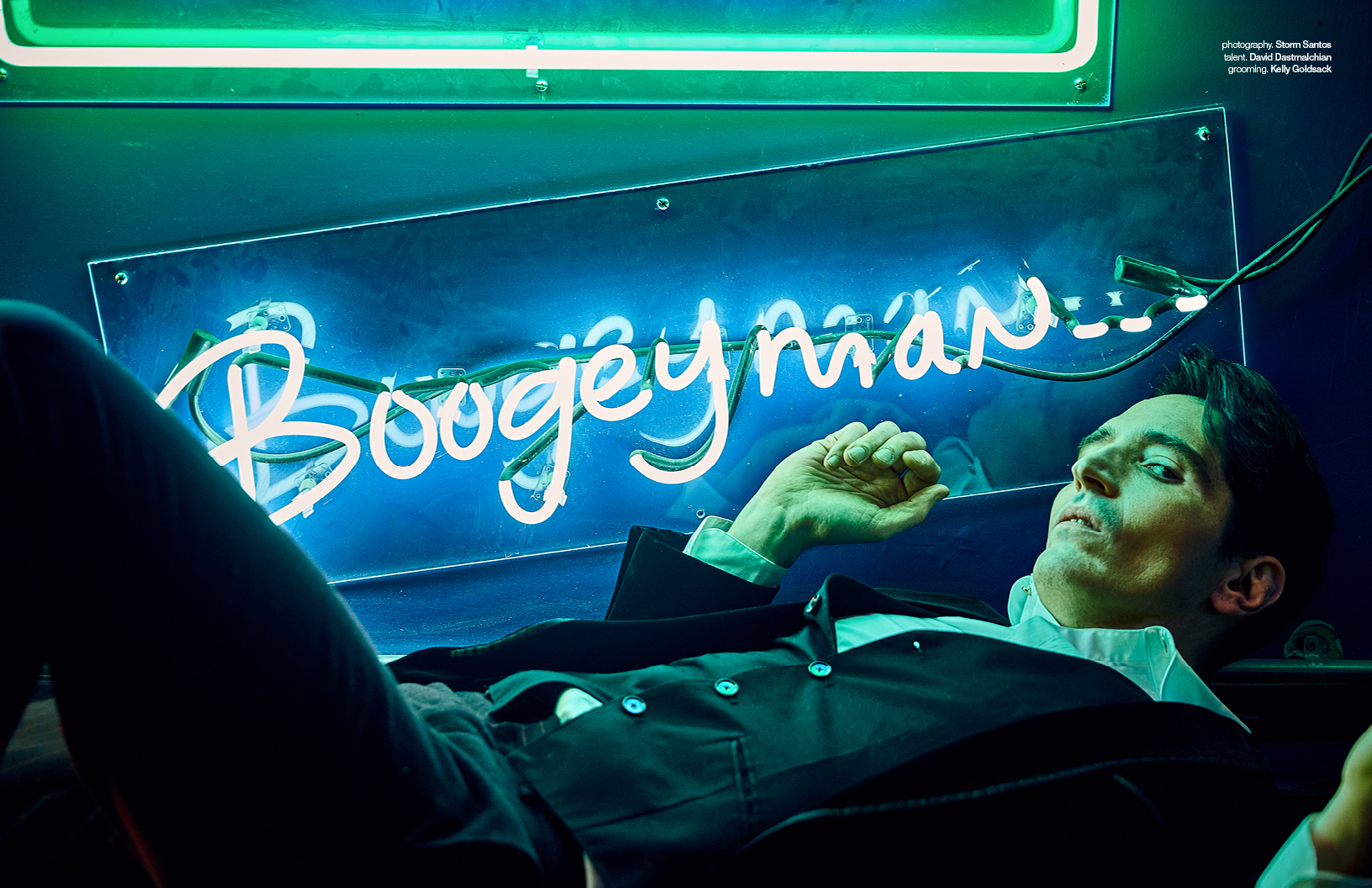 The Suicide Squad is currently in cinemas and on HBO Max.
Dune premieres on 22 October.