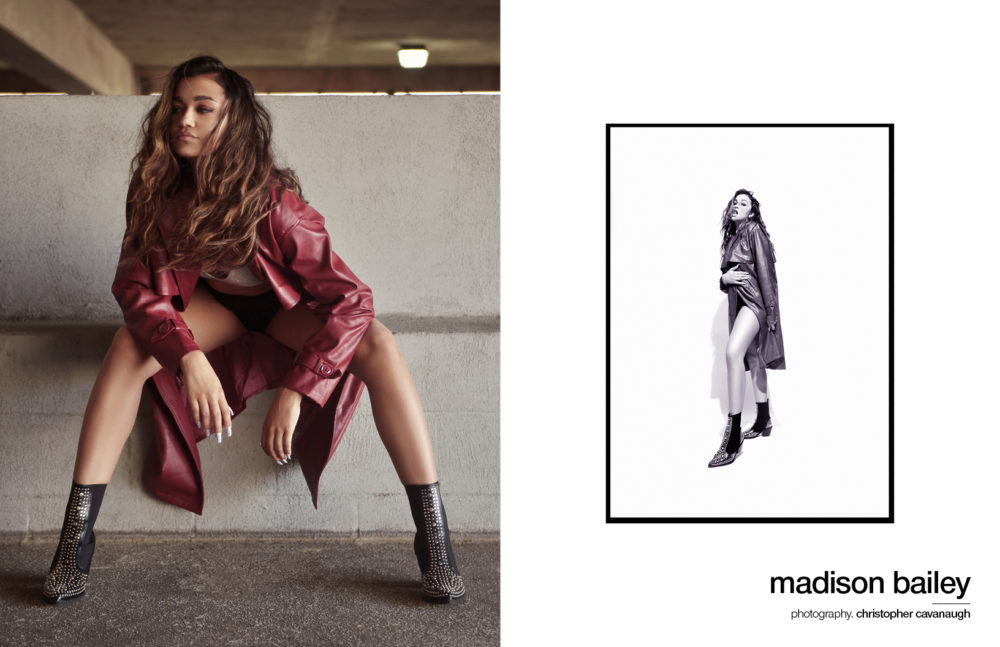 “Before the show I couldn’t even go under [water] without holding my nose,” Madison Bailey admits. Outer Banks has the North Carolina-native playing Kiara, a rich kid reject who falls headfirst into a violent treasure hunt across the state’s rich coastline. “It’s pretty hard to act underwater… And there’s no specific thing I did to overcome that. You just tough it out,” she laughs.

Toughing it out was a worthwhile endeavour. Outer Banks’ release on Netflix was an explosive success, with waves of quarantined viewers tuning in to follow the nail-biting tale of action, adventure, romance, and, naturally, treasure. While a second series hasn’t yet been officially announced, the first series’ success has rocketed its principal actors to stardom; in just a single month, Bailey has gone from just over 150k Instagram followers to nearly two million.

“My family is so proud of me,” Bailey shares of her experience on the show. Keeping a level head in the present moment is already a considerable task; add newfound fame to the equation and getting overwhelmed seems like an inevitability. However, Bailey is staying balanced, thanks in large part to the continuing support of her family.

“[They’re] my greatest source of inspiration,” she details. Bailey is the youngest of seven siblings. “They have always supported every single thing I’ve wanted to do. My parents know nothing about this industry, but they will always get behind me and push no matter what — driving me from NC to Atlanta for an audition with no questions asked. They’re incredible.” 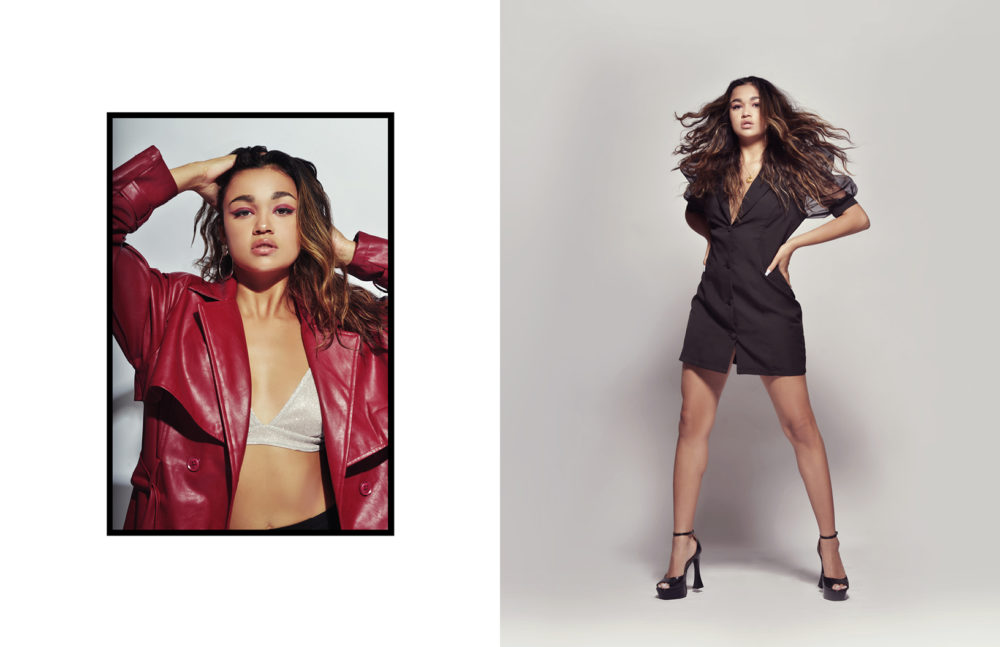 Those auditions began early. “I first knew I wanted to act in high school after doing a musical my freshman year. I fell in love,” Bailey remembers. As her auditions mounted, she found more and more success, landed occasional features before her first recurring role on The CW’s Black Lighting. “I’ve always been a bit of a performer with singing, so it makes sense I’d end up becoming an actress.”

Starring in Outer Banks, an experience Bailey describes as “more like a family vacation than a full-on production”, has proven her most life-changing work to date. Although the atmosphere on set may have been vacation-like, Bailey definitely put in her hours to prepare for the role of Kie, engaging in a two-week “boot camp” with the cast in addition to writing a full backstory for her character.

“There’s a bunch of stuff in there,” she reveals. “I have a list of things she likes including activities, favorite artists. I wrote out what she wants to be when she’s older and how she met the boys.” While this backstory might not be specifically mentioned in the show, Bailey says it brings the character to life. “It just helps to make her a real person. It’s never talked about, it just adds depth, and it was fun to make.” 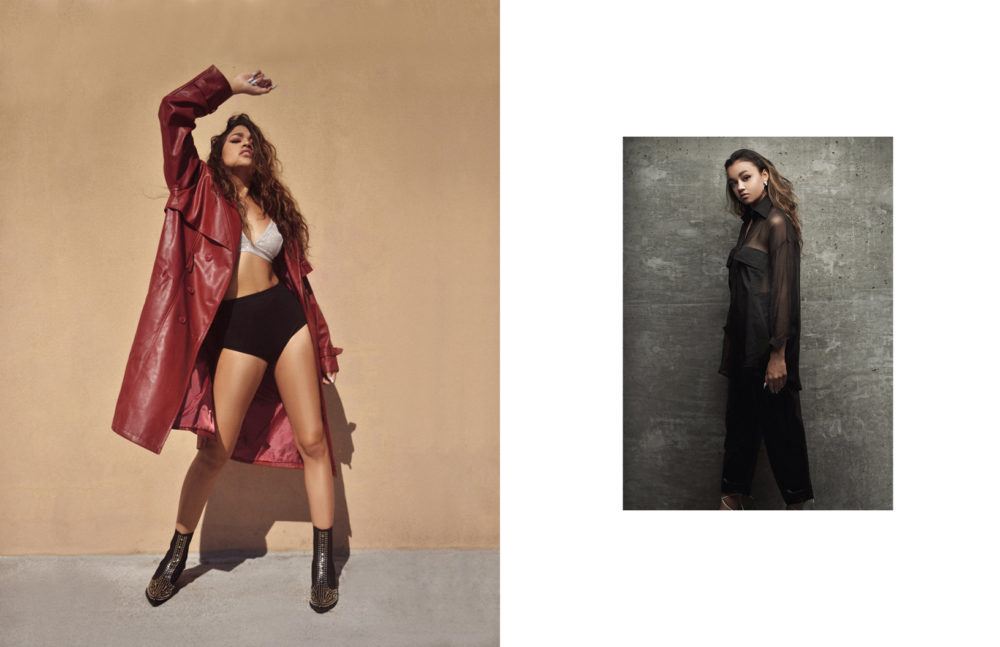 Bailey isn’t sure what another series of Outer Banks may bring, but she’s pretty clear about what she wants to see in series two: “Revenge, revenge, and more revenge,” she insists. Her concerns for her own character are a little more practical: “I hope to touch more on her home life and get a deeper look into what it looks like to be a Pogue in a Kook home. I want more of her getting passionate about everything she stands for.” And then there’s the other big question on fans’ minds. “We left a lot of things open-ended in Kie’s love life,” she teases. “I’m excited to just see how the relationships play out.”

Outer Banks isn’t the only thing Bailey has on her plate. She recently began a recurring role on NBC’s Council of Dads, a show with which she says she feels a strong bond. “I feel pretty close to the show as a whole,” she details. “Being adopted and having lost a parent, I connect with the story surprisingly well. It hits home for me.”

For now, Bailey is content to watch Outer Banks and her various other projects grow. “Honestly there’s not a show that feels like Outer Banks,” she starts. “I’ve been on all the socials just amazed at the response. Just seeing something that meant the world to you mean something to millions of people is wild.” Until her next project, she has a simple instruction for readers: “Take the time to try out meditation. It’s worth it.” 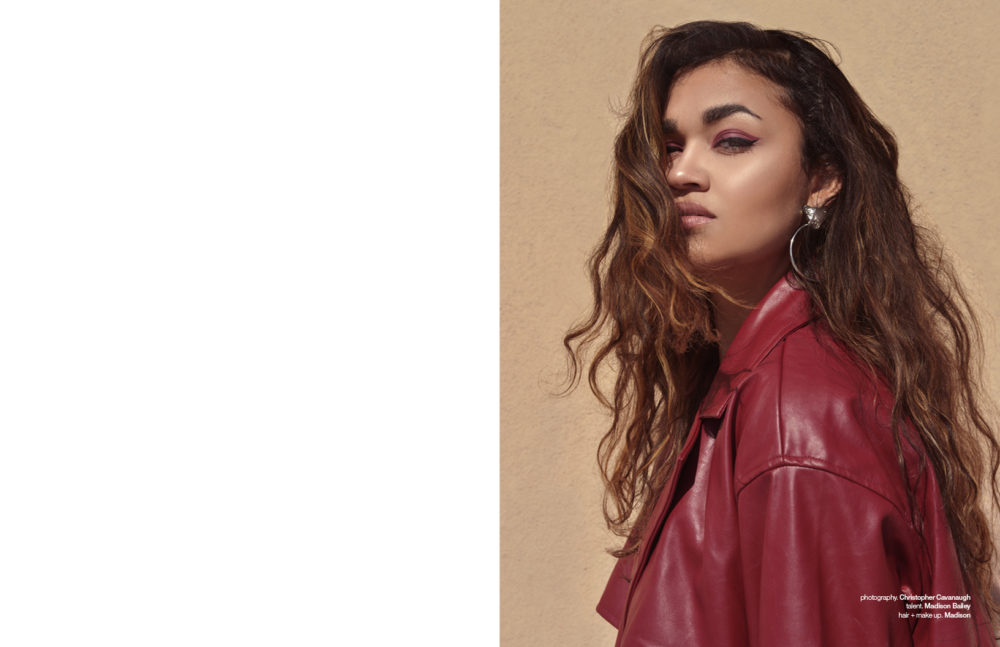