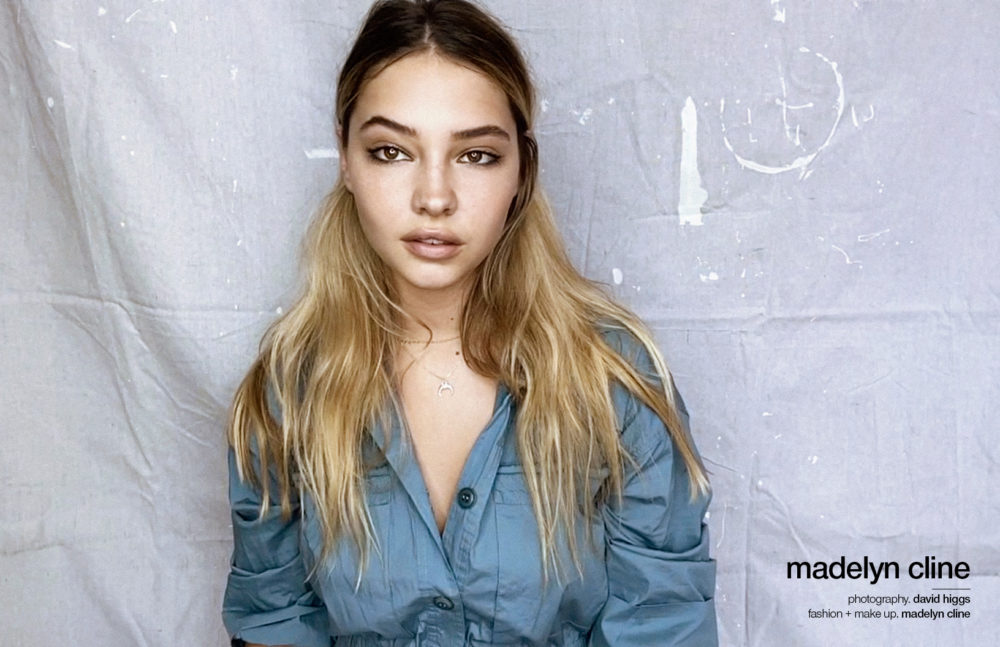 She may only be 22 but Madelyn Cline already boasts a coveted resume. In the span of her three-year career, the South Carolina native has participated in a wide array of acclaimed and popular projects the likes of  Stranger Things and Netflix’s recently released Outer Banks, which stands as her clear-cut breakthrough.

Premiering its ten episodes in April, Outer Banks follows Cline’s quick-witted and warm-hearted character, Sarah Cameron, and a tight-knit group of friends in the beach vacation destination of the Outer Banks of North Carolina. As a result of a powerful hurricane, not only are the group of friends forced to navigate a set of illicit events but they are also faced with life-altering decisions. Madelyn Cline recently caught up with Schön! to discuss her career, inspirations, Outer Banks, and what she hopes for in the future.

It was kind of a slow burn type of situation. When I was 10, I started going to New York to do commercial print work. I loved the city, I loved being on sets and being around other creatives, and it was a way to save up for college later on, so it was kind of a win-win. I never really grew out of my love for it and combined with how much I loved cinema, I later transitioned into acting.

What would you say was your first personal hallmark in your acting career and how did it make you feel?

I think one of the most defining moments for me was when I was in college driving back and forth from Myrtle Beach to Atlanta to work on The Originals and Stranger Things, and I realized that something had to give. I had run out of excused absences at school and I wanted to carry through with my studies, but in my heart, I knew I didn’t want to continue splitting my time – I wanted to at least try to pursue it full time. So, I ended up dropping out, packing my car up, and leaving for LA. It was one of those moments where it felt like there was absolutely no going back. It was terrifying and also the most exciting.

What were you doing when you found out about your role for Outer Banks?

I had actually just flown back to LA from Charleston, South Carolina because I’d had my callbacks at what would end up being our stages. A couple of days later Jonas Pate, our showrunner and director for most of the episodes, called me and one of the first things he said was, “Why did you go back to LA? We need you here!” I hadn’t gotten an official word yet, but when he said that I immediately packed everything back up and got on the first flight back. It all happened so quickly – it was so surreal.

Can you describe to us how you mentally and physically prepare for your role?

I like to try and create my relationship with my surroundings and circumstances as much as possible based on the script and let that support me on the day. I think for Sarah I had it a little easier than usual. I recognized a lot of myself in her journey of self-discovery through the first season. 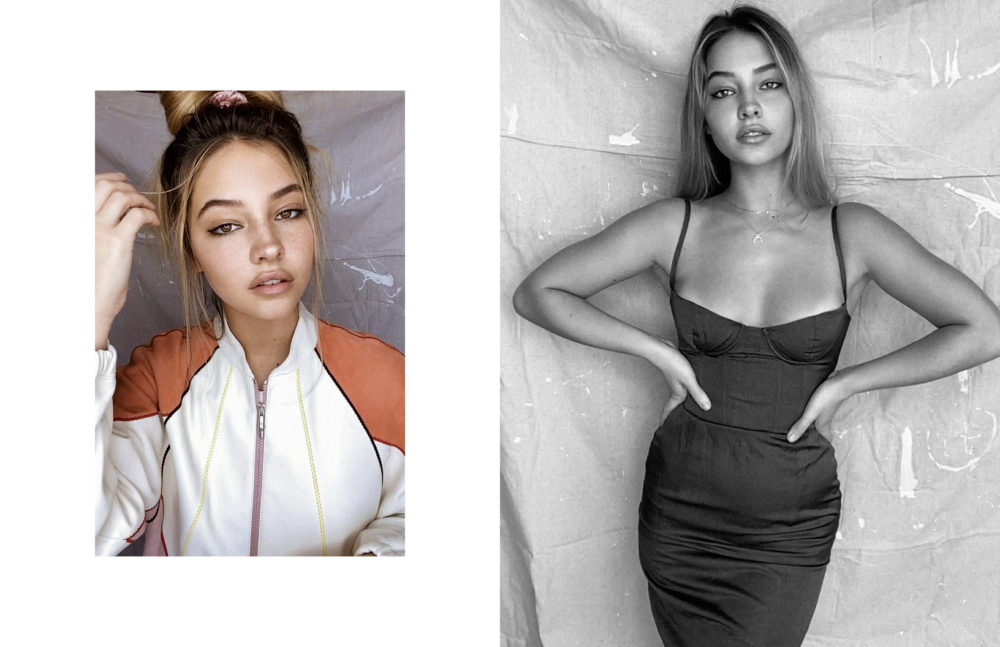 Though the series is out, without giving too many spoilers away, what can you tell us about your character Sarah and her literal and figurative journey?

In my eyes, Sarah’s journey is bridging the gap between the pogue world and the kook world. What that means to me, is transcending the confines of labels, (in this instance class) and accepting people for who they are. I think this applies to gender, race, sexuality, nationality background, and obviously class.

Did you resonate with Sarah?

Absolutely. I am from Charleston, so our shooting locations already felt like home. So, as far as creating a bond with my surroundings, that was already there. More importantly, Sarah’s journey is about finding her voice in a world where she feels like she is already spoken for. Growing up I felt like I had a narrative planned out for me as well. I felt like my life should follow a specific formula; go to school, get a degree; get a job, find someone to marry, and settle down. Personally, I just never really resonated with that answer and wanted to do something completely out of left field with my life. I think Sarah is the same way. I think we both have similar journeys of finding our voices and going against what our worlds’ told us we were “supposed” to do.

What was it about this project that attracted you?

When I first read the pilot, I was hooked. It was like a good book in that when I finished it, I had to know what happened next. Then when I went to Charleston for my callback and met Jonas, Josh, and Shannon, I knew I had to be a part of it. I loved their energy and their passion for this story. Jonas took me around the offices, introduced me to every department, and showed me the walls lined with concept art and it was everything I imagined the script to be when I first read it. I think specifically, Jonas and I connected on our love for the southeastern coastal regions and the experience of growing up there. To me, this show is almost like a love letter to coming of age on the southeastern coast and I felt that immediately.

People are likening Outer Banks to The OC and other ’00s teen dramas, but of course with a treasure hunt angle. How do you feel about those comparisons?

I love these comparisons. I’m a sucker for 00’s teen dramas. Since day one we’ve been likening it to The Goonies meets Dawson’s Creek and Friday Night Lights maybe with a hint of Scooby-Doo thrown in. I think these comparisons represent a timelessness to the show that we’ve always felt. A lot of the relationships and everyday occurrences on the show are homage to our creators’ upbringings. The story doesn’t heavily rely on modern-day influences which feels like a really unique aspect to Outer Banks.

How would you describe the series for anyone that might be interested in watching after seeing the trailer?

I would just like to say, get ready for a wild ride because this show takes a lot of crazy turns. 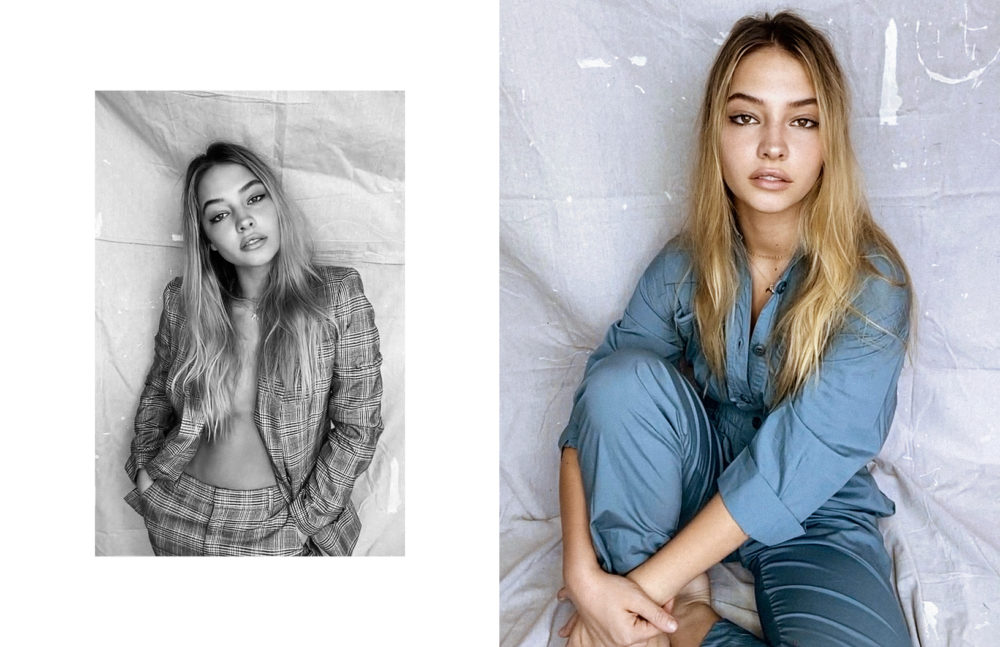 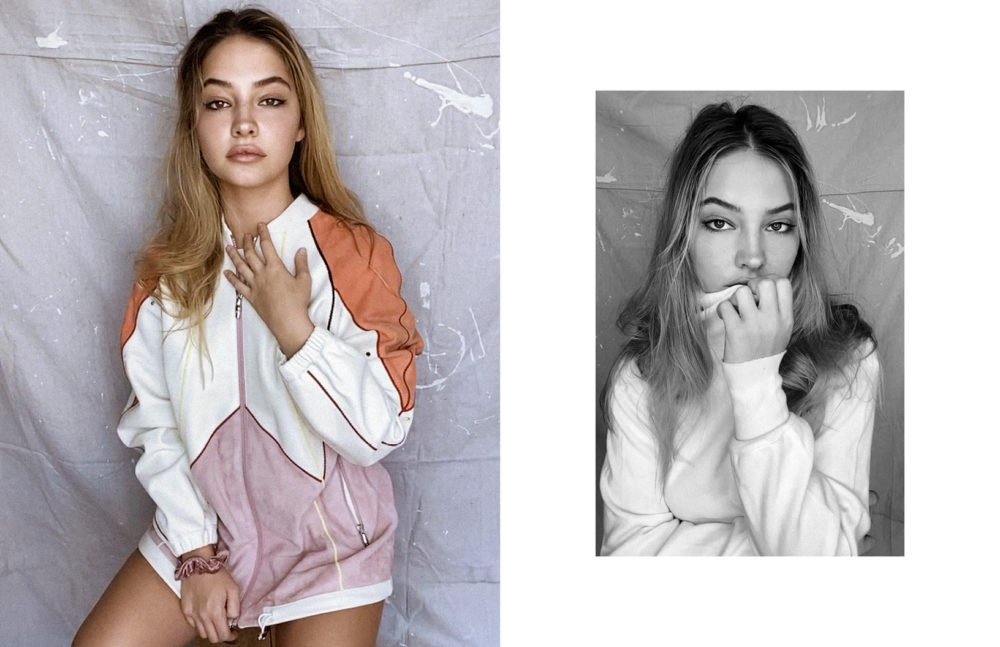 From your previous roles, such as Tina in Stranger Things and Jessica in The Originals, what were some of the lessons that you found to be invaluable and useful for your role in Outer Banks?

Preparation. Preparation. Preparation. Tina and Jessica were such fun roles to explore and obviously they were so different from each other, but they weren’t written to the depth that Sarah is. In that regard, I felt really overwhelmed. This job was different in that I felt really connected to everyone involved. I feel so lucky to have the cast we do. They’re all so talented and so giving on and off set that our chemistry naturally built itself and we all ended up really leaning on each other for character ideas and accountability in performance. I would always go to set on my off days to hang out and watch them work to learn anything I could.

What is your relationship like with other cast members of Outer Banks?

They are my absolute best friends. I don’t think I have ever felt so at home with a group of people in my life and I love that I get to experience this with them. A lot of us are actually quarantining together right now so it’s a riot.

What has been your most memorable moment from working on Outer Banks?

One moment that stands out, in particular, was on my final day of shooting. It was sunset, we had wrapped and the cast and crew were all on boats racing through the marshes to get back to base camp. The sky looked like it was painted and we were all whooping and hollering and that moment to me feels like the soul of the show.

What about the biggest challenge?

I just want to keep improving. I think that’s my biggest challenge. I’m always watching my castmates and other films and watching people go about their lives and storing ideas away. Sometimes it’s a bit maddening because I am a perfectionist and I’ll go through endless scenarios or variations of scenes or ideas in my head. In regards to Sarah, I am proud of the work that I did last year, but I want to take what I’ve learned from her and only improve more.

In your entire career, which role has been your favorite and why?

Besides Sarah, of course, I played in an indie that went to TIFF last year called The Giant. It’s very art house, which I would love to do more of. I love ominous, layered, thrillers. This was definitely one of those.

What are you most looking forward to in the coming year? What can we expect from you in 2020? 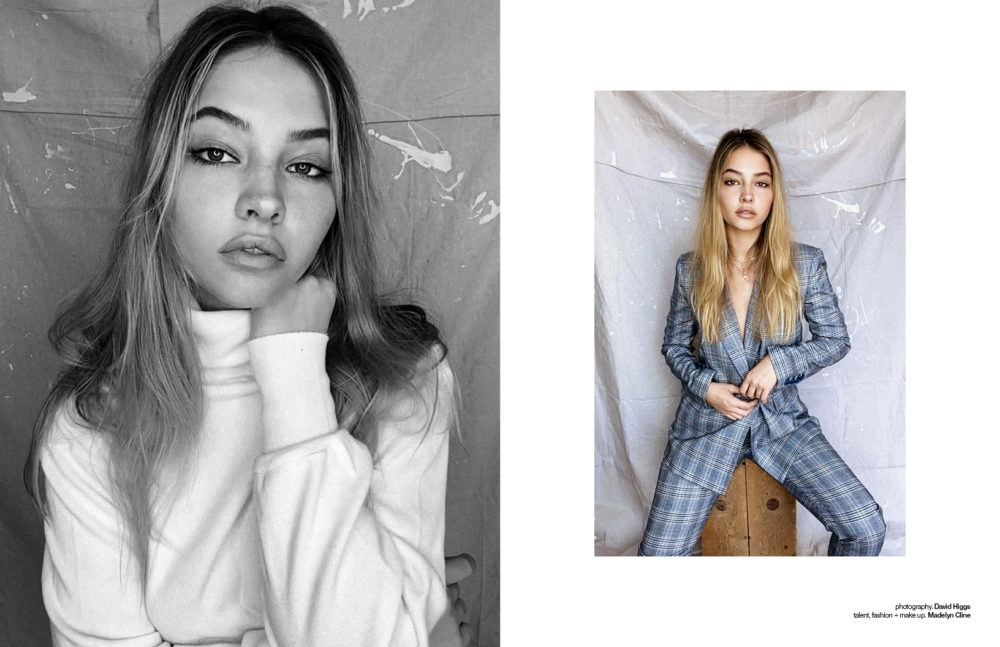