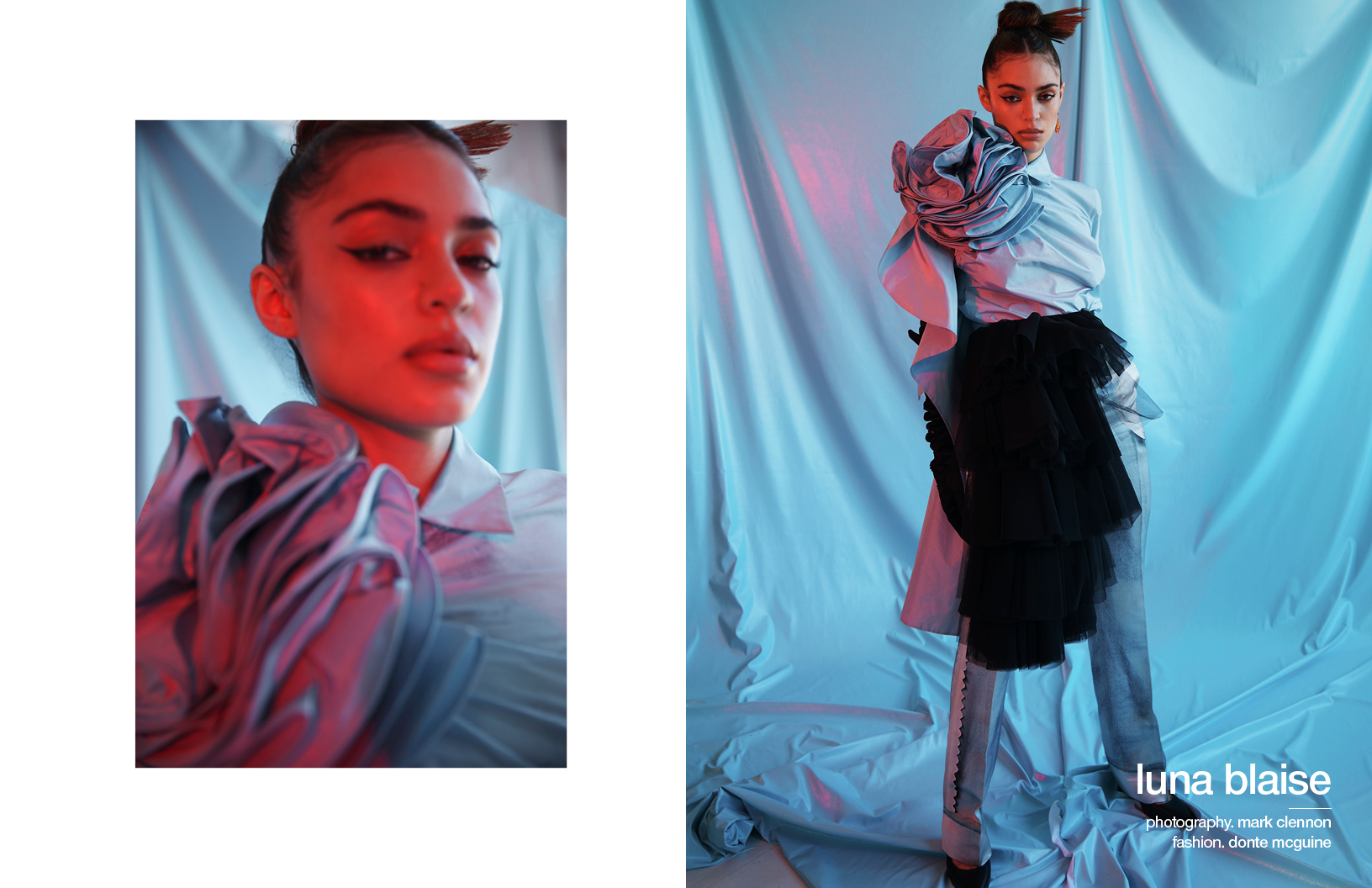 Luna Blaise is a blazing star, manifesting a life full of “meaning, happiness, and love”. Now that NBC’s sci-fi thriller Manifest is in its third season, Blaise, who plays Olive Stone, reveals that the show will answer some important questions that viewers have been wanting to know since the premiere. Blaise tells Schön! about the valuable lessons she has learned, insights into Olive and what to expect from the third season.

Hello! So nice to connect. Last year was weird, to say the least. Tell us something that 2020 taught you.

Hi, it’s so great to connect! For me, 2020 brought so many valuable lessons. If I had to choose one, it would be to really commit to your truth with both your heart and soul. Life is so precious and you deserve to be happy every day, and your heart should be filled with self-love. We ultimately write our own story, and mine is to live a life full of meaning, happiness and love for myself.

You are truly a triple threat – singing, acting and dancing! Tell us about your experience as a trained dancer and studying Russian Ballet for ten years.

I started taking ballet at the age of three, and the discipline I acquired through my training is something I apply to my everyday living. After my intensive ballet training, I joined a competing dance company where I was able to really understand the importance of pushing myself to the next level and teamwork. Both experiences set me up for a lifetime of success. 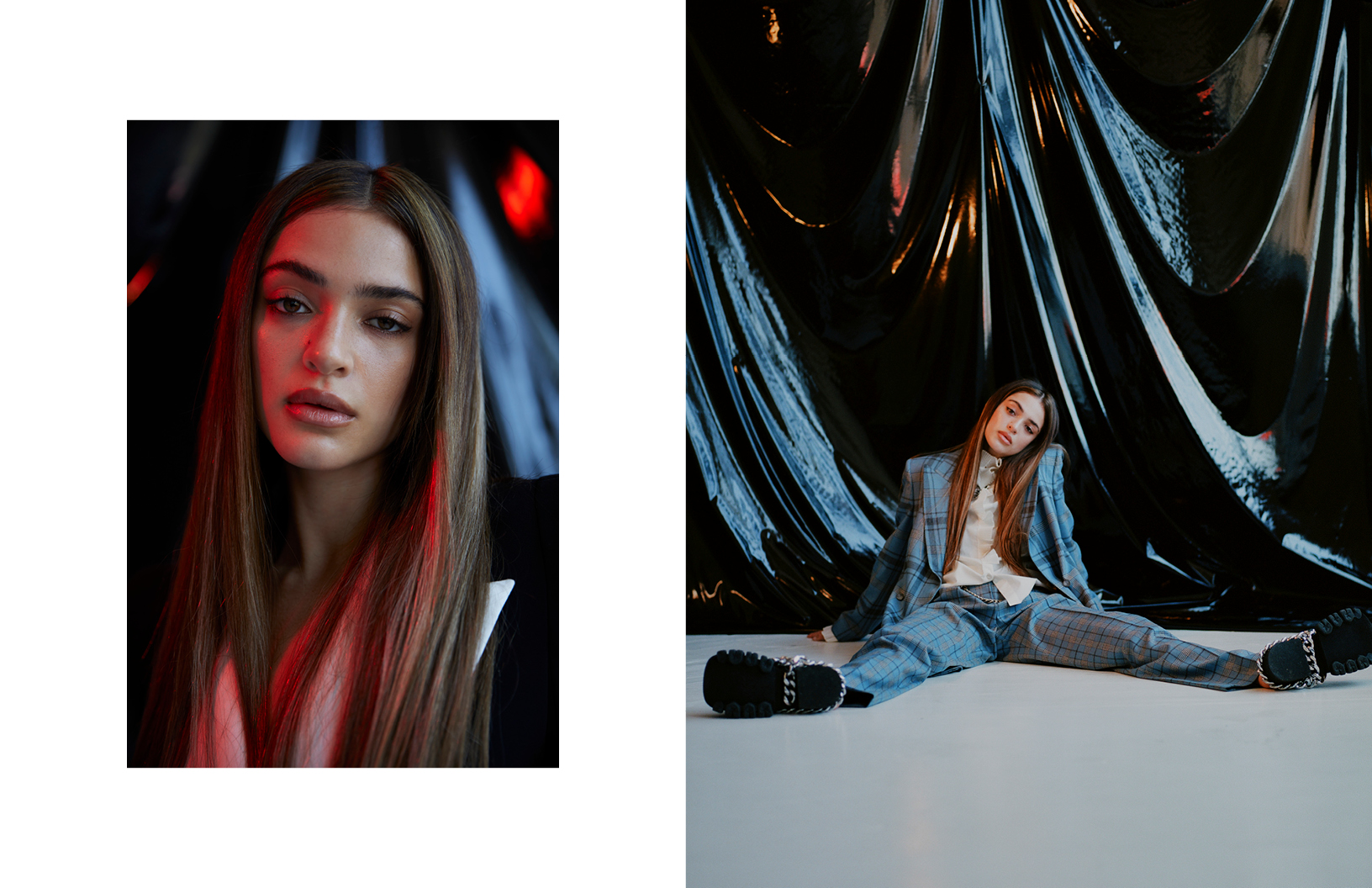 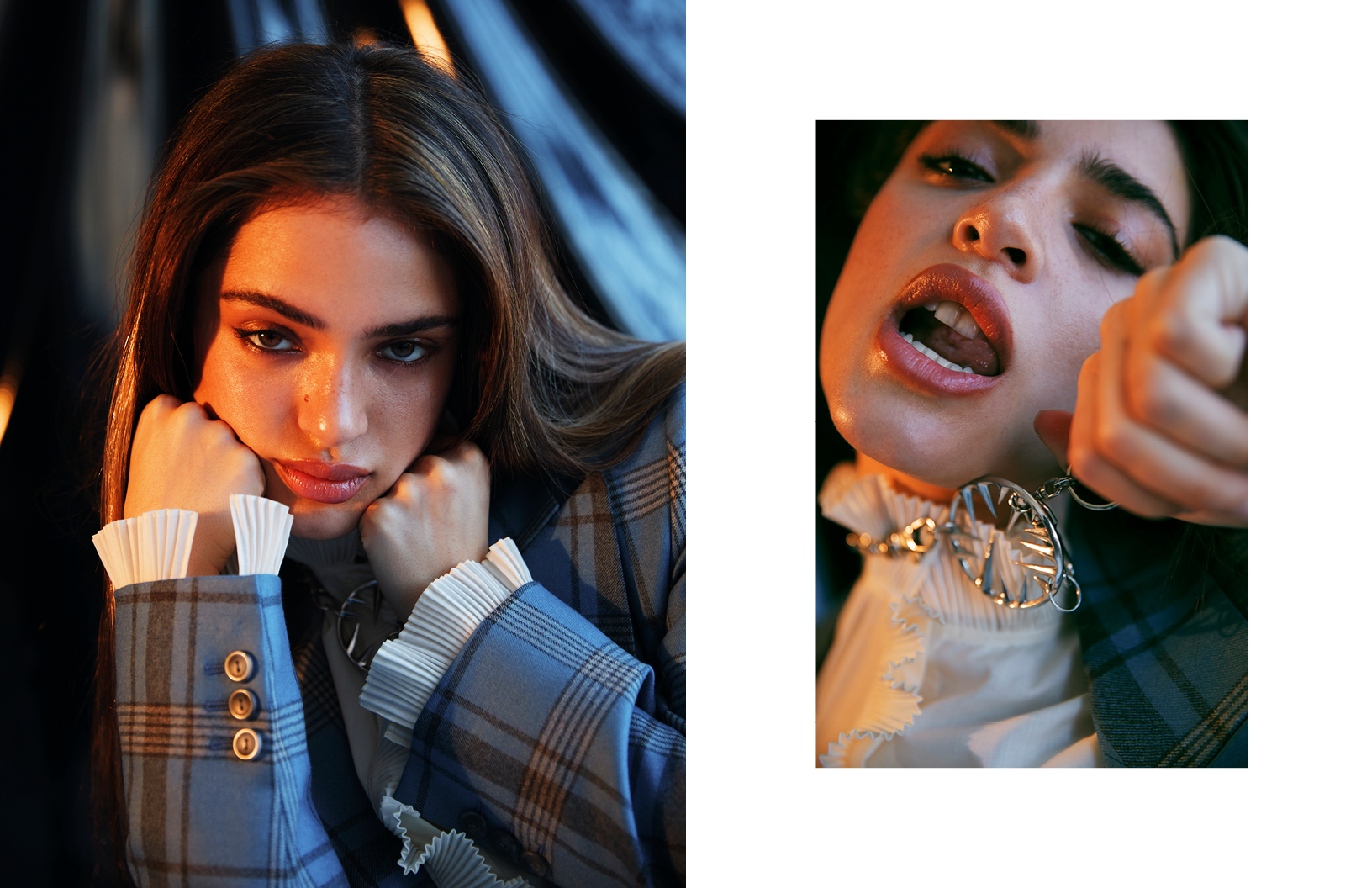 You made your TV debut as the vivacious neighbour Nicole on Fresh Off the Boat. What was it like playing Nicole?

Nicole will always have a special place inside of me. She has such a strong spirit and always knew how to stand up for her beliefs. In season four, her character came out as a lesbian, which was such an amazing and important story arc the writers gave to her — especially as the show was set in the early 90s.

Now, you are Olive Stone on NBC’s drama/thriller Manifest. Before talking about her, how would you describe the show?

Manifest is a sci-fi thriller and suspense family drama that keeps you guessing and on the edge of your seat every week.

Among the show’s associated taglines are: “the future is closer than you think”, “the truth will surface” and “it’s all connected”. If you had to come up with a new one, what would it be and why?

My tagline would be “sometimes what we feel is what we see.” Why? Because often we are blinded by the feeling of a circumstance, and this ultimately makes it harder for us to accept the truth in its present form. 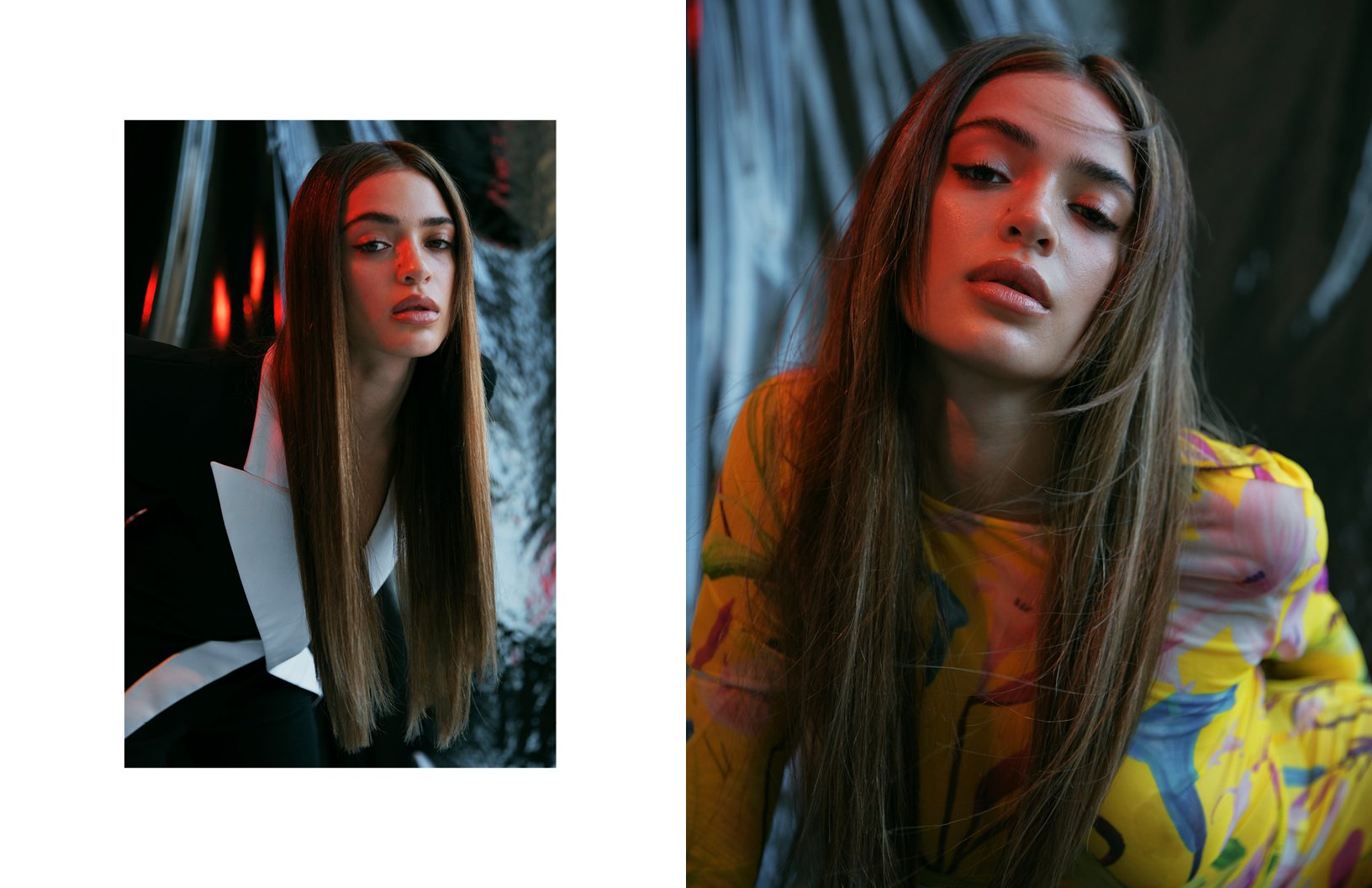 Let’s talk Olive Stone. What about Olive stands out to you as being uniquely ‘her’?

Olive is unique in the fact that she is the only family member that has not experienced “The Callings,” which ultimately drives her on a quest to discover why all these strange occurrences surrounding flight 828 continue happening.

Is this what attracted you to the role?

I was actually initially really interested in the role of Olive because she was a twin. I have always been fascinated by siblings that are twins, triplets, etc. and thought it would be so cool to play one!

Would you say you relate to Olive at all in real life?

I definitely relate to Olive’s quest for knowledge and adventure. In my life, I am attracted to adventure in the sense of culture, landscapes and food. As for knowledge, I fully immerse myself by researching and reading about subjects that matter to me or that I am curious to discover more about.

Is there anything you’ve learned while playing Olive that you think has been an important takeaway for the rest of your acting career?

I believe that every character you are blessed to play leaves an imprint on who you are in real life. One of the qualities I appreciate about Olive is her ability to dissect the matters at hand. She deciphers complex situations with meticulous precision and is reasonable in her response. 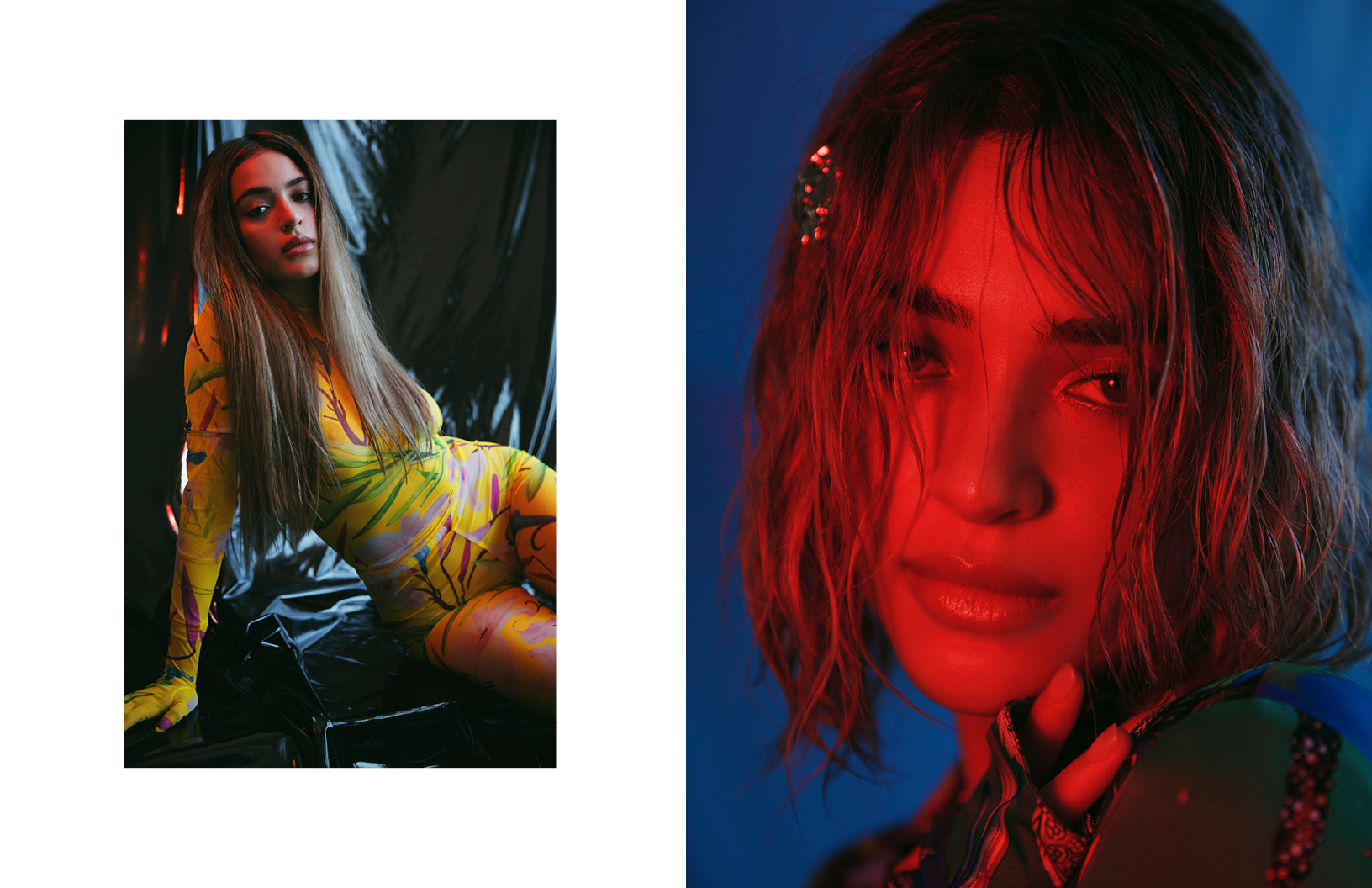 How do you think season 3 of Manifest is different to the previous two seasons?

I can promise you that season three will reveal some extremely important answers to questions that the fans have been wanting to know since the show premiered.

The hardest thing to readjust to for me is the traffic in LA. The freeways were empty during quarantine. Now that things are opening up again, the freeways are jam-packed and literally taking four times the amount of time to get from point A to point B.

When you fly, what are a few things that are ‘must-haves’ in your carry-on?

My must-haves in my carry-on are hand sanitizer, lip balm and chewing gum for my ears on the descent.

Do you have a creative process for writing music and how would you describe your sound?

Right now, I am super focused on my acting career. That said, I really enjoy the process of songwriting and writing in general. I especially like to write about what I know or have experienced.

Can you share the details of what you are working on next?

We just wrapped production on season three, so I’m back in LA and preparing for my next project. I can’t share much yet, but I can say that I’m excited to dive into the complexities of this character. And I will be filming near the beach. 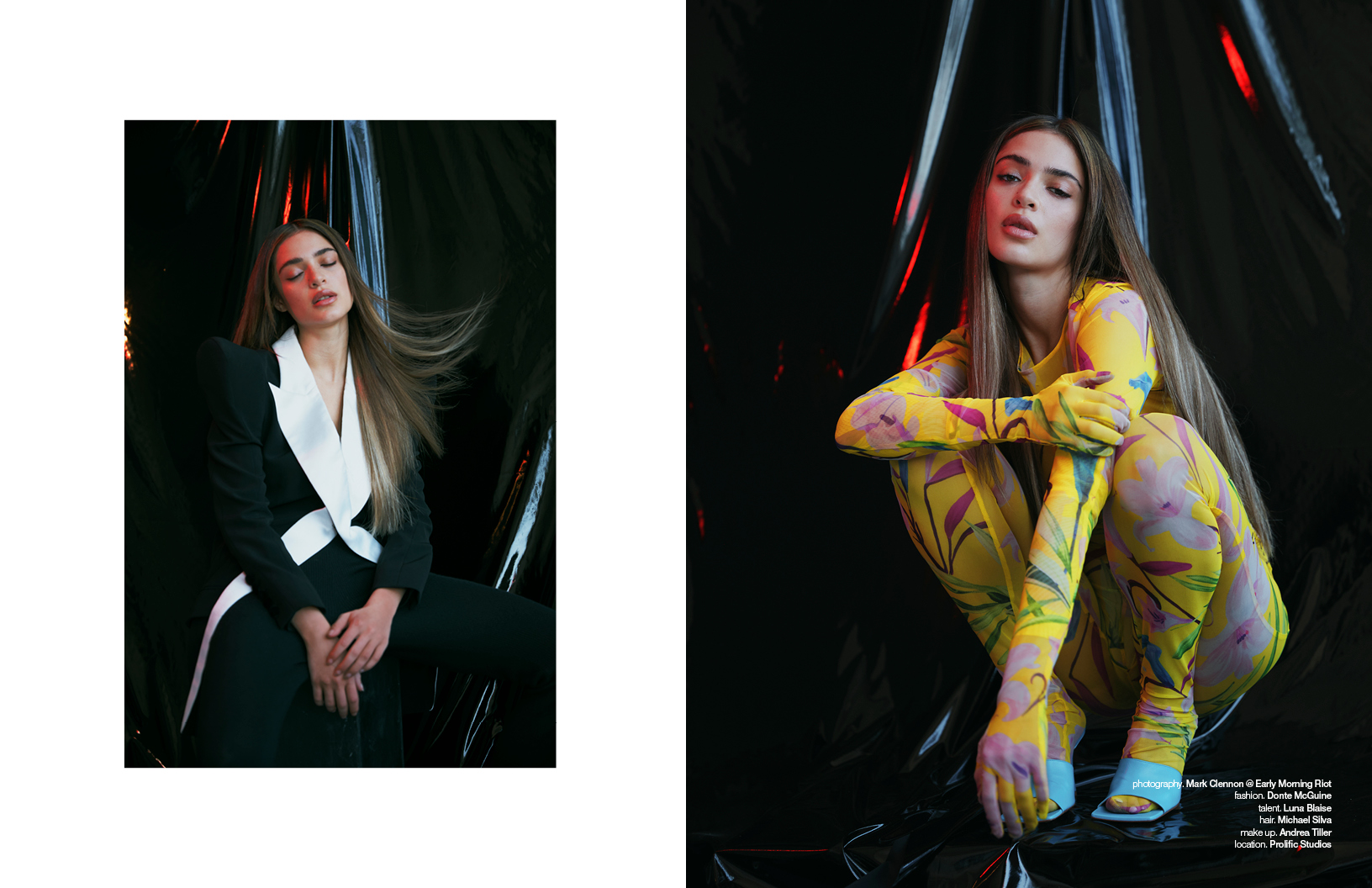 Manifest is currently airing on NBC.