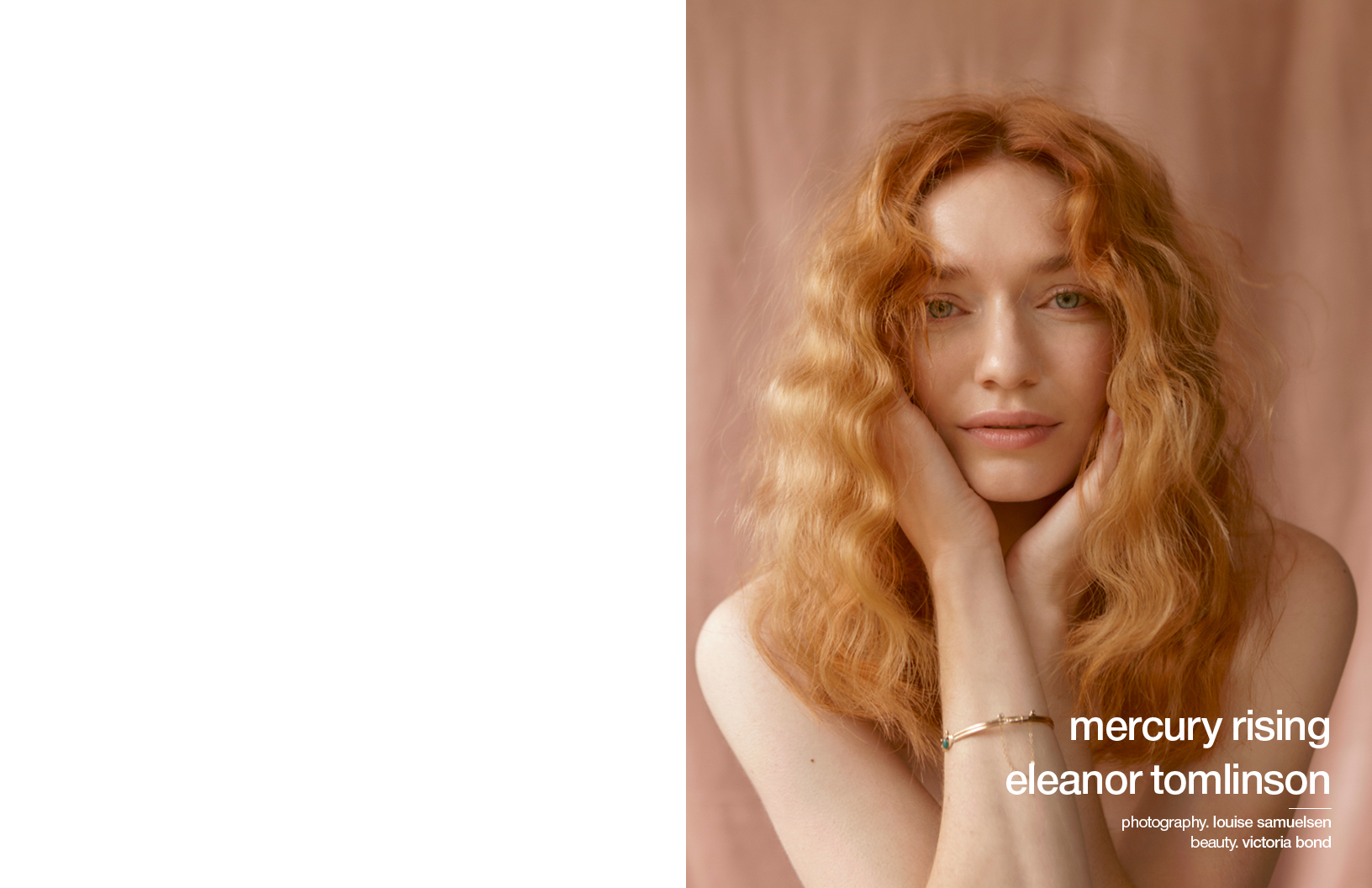 Eleanor Tomlinson may have been catapulted to fame for her role as Demelza Poldark in Poldark, the British historical drama taking place after the American Revolutionary War, but she’s certainly not to be boxed in as a period drama actor. With two new sci-fi roles recently added to her repertory, one taking place in Victorian London and the other in the distant future on the fringes of outer space, Tomlinson is something of a time-traversing chameleon.

In Intergalactic, Sky’s forthcoming cosmic prison-break drama about a mutinous gang of female convicts on their search for freedom, Tomlinson ditches the petticoats and corsets for prison jumpsuits and machine guns for her role as Candy, the sharp-tongued, drug addict of the group.

Although the petticoats and corsets do make a comeback in The Nevers, it’s anything but your typical period drama. Out now on HBO, the series follows a band of Victorian women who find themselves one day blessed — or perhaps cursed — with supernatural powers, facing off against the forces that seek to control or destroy them. Tomlinson takes on the role of Mary Brighton, a broken hearted and struggling performer pursuing her dreams of singing on stage.

With Intergalactic and The Nevers launching back to back, and yet another project, BBC and Amazon’s The Offenders, being renewed for a second season before filming of the first has even wrapped, we’re excited to be seeing plenty of Tomlinson on our screens. In the midst of promoting and filming, Schön! caught up with Eleanor to get the scoop on her latest projects, leaving Demelza (and the corsets) after five seasons and the first thing she’s doing post-lockdown.

You’ve done your fair share of period dramas — how did those experiences compare with shooting Intergalactic?

Poldark and Intergalactic are impossible to compare. I’m smiling even thinking about it. I guess that’s why Intergalactic appealed to me so much. Each job is different. You create your character and find ways of doing that with the help of the costume and make up department. Your character then comes to life in the surroundings created by the set designer and art department. Obviously for period dramas this environment varies enormously from a world created for a sci-fi drama set in the future. Poldark is founded in reality, whereas Intergalactic is a suspension of reality and so therefore the experience of filming each was very different. 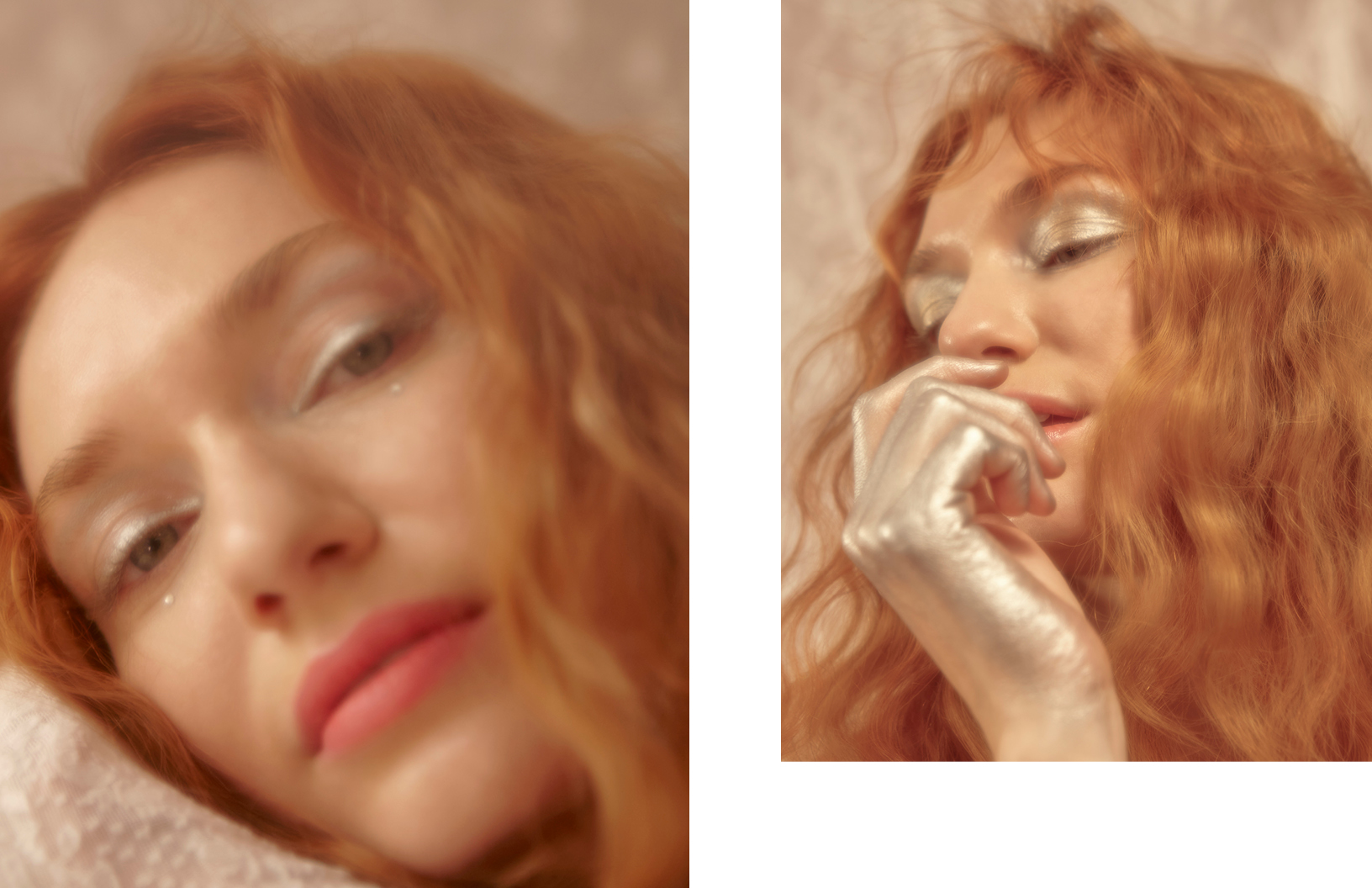 With your previous role in The War of the Worlds and your current roles in The Nevers and Intergalactic, you have quite a few sci-fi films in your repertoire. Do you have an affinity for the genre? Why do you think you keep coming back to it?

I think with the way that CGI and special effects have advanced, the possibilities for the worlds and characters we can now create are endless. There are therefore so many sci-fi projects being made crossing all time periods.

Speaking of which — would you rather go to the future or back in time?

It depends. If I could go back in time as one of ‘The Touched’ in The Nevers, I’d definitely do that, but otherwise I don’t think life for women in that era was all that great.

The Nevers and Intergalactic both highlight the stories of their largely female casts. Are strong women something you look for when you’re handed a script?

Not necessarily ‘strong women’, but women who have a story to tell that’s captivating and important to me. Not all women have had the chance to be ‘strong’, but that doesn’t mean that their story shouldn’t be told. 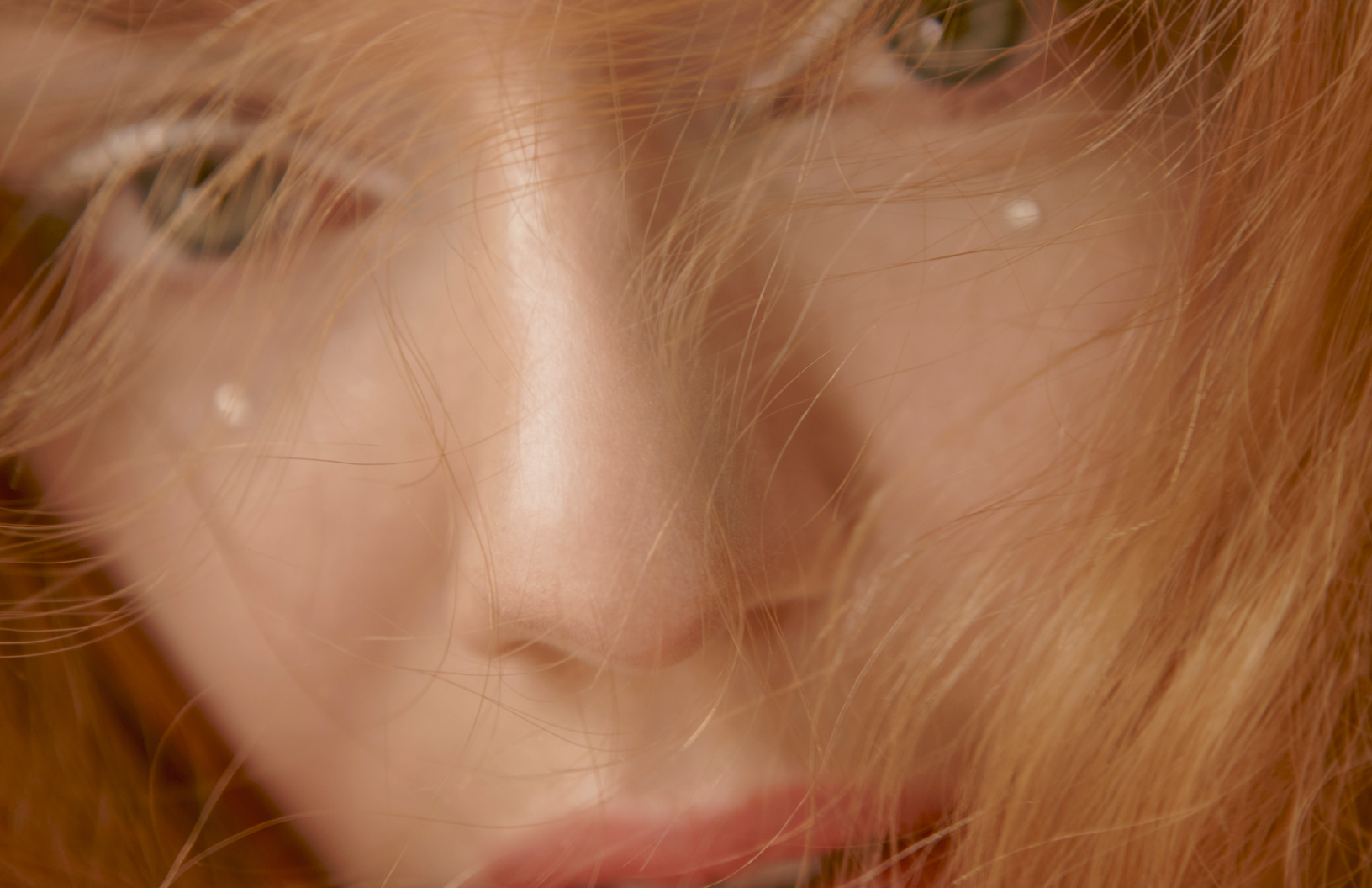 The Nevers is out now on HBO Max! Are you sitting down and watching it each week? Do you usually watch your own projects? Why or why not?

I will definitely be sitting down to watch the full series when it is released in the UK. I always like to watch a project I’ve worked on at least once to learn from it and also learn from my other hugely talented cast members.

Many fans got to know you through your role as Demelza in Poldark. After five seasons, was it difficult to leave that character behind?

Poldark was a labour of love. I feel like I grew up working on that show, from getting the role at age 21 to finishing the role at age 26. Those years were vital for me learning who I want to be as an actress and how I like to work. It was immensely tough saying goodbye to Demelza but more so saying goodbye to the cast and crew who I had such a bond with. Playing Demelza was the most incredible experience and learning curve for which I am humbly grateful. I feel like I take a piece of her with me now into every job I go into.

Do you miss the corsets?

The corsets really didn’t bother me! It was something that once I’d put on, I immediately stood and moved like my character so I found it incredibly useful. It is, however, lovely to now be working on a project where I can eat what I want for lunch and not have to worry about squeezing back into the corset! 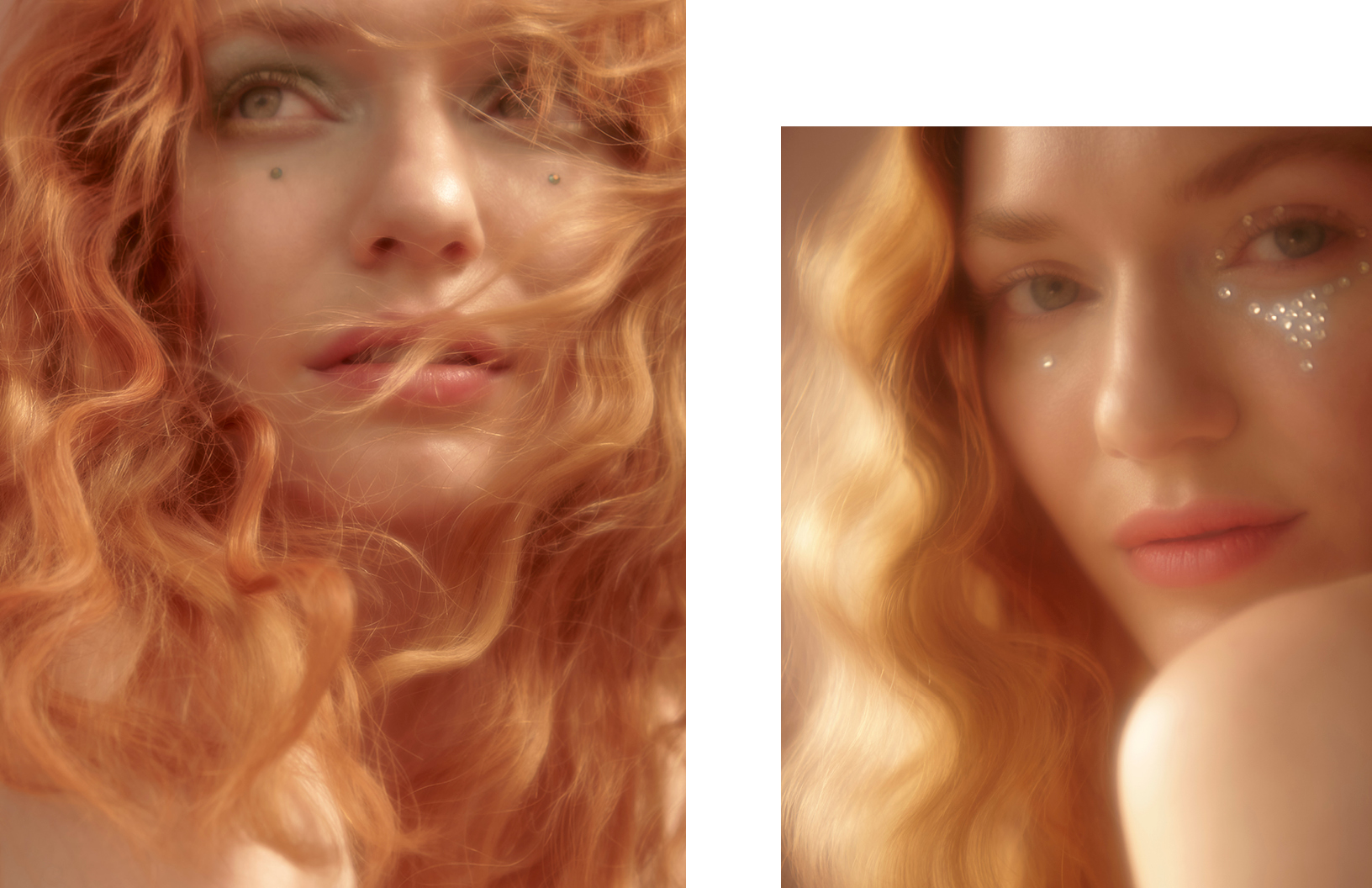 The Offenders is still in pre-production, so what can you tell us about your character, Gabby?

Gabby is a social media influencer with a drink and drug problem. She is wild and uncontrollable and without being unkind, blissfully unaware of the lives of others around her, which makes her outrageously funny to play.

You have quite a few projects rolling out in the coming months. What was it like transitioning from lockdown to what we imagine being a rather busy schedule?

Coming out of lockdown is just the most exciting feeling, as it is for most I imagine. To have been lucky enough to have filmed and completed these projects, which have then been finished during the lockdown period ready for release now, is quite amazing when you consider what we’ve been up against. I’m incredibly proud of the team behind both The Nevers and Intergalactic.

With the light at the end of the tunnel in sight, what excites you about film and television in a post-Covid world?

The new projects that we’ll see! People have used this time to be so creative and to start passion projects that otherwise may have taken them years to sit down and begin. There’s a new wave of talent, there are more stories to be told and there’s new ways of telling them. What excites me most is getting back to see live theatre. We all now have a huge part to play in supporting the industries that have been hit the hardest during the pandemic and the theatre industry is one of many that have been catastrophically affected. The first thing I’ll be doing when the theatres open is booking tickets and going to show my support. 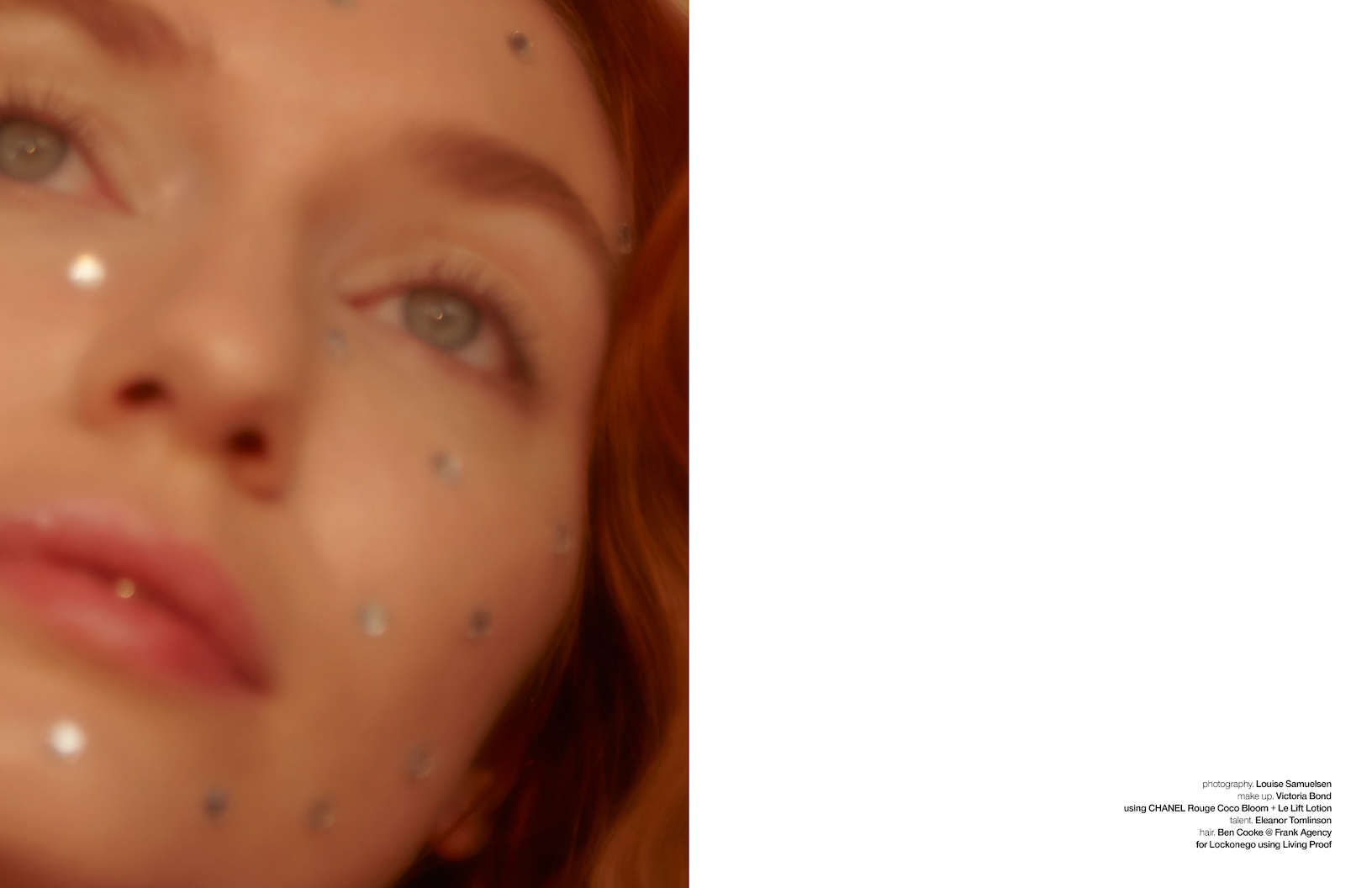 The Nevers is currently airing on HBO.
Intergalactic is available on Sky starting 30 April.