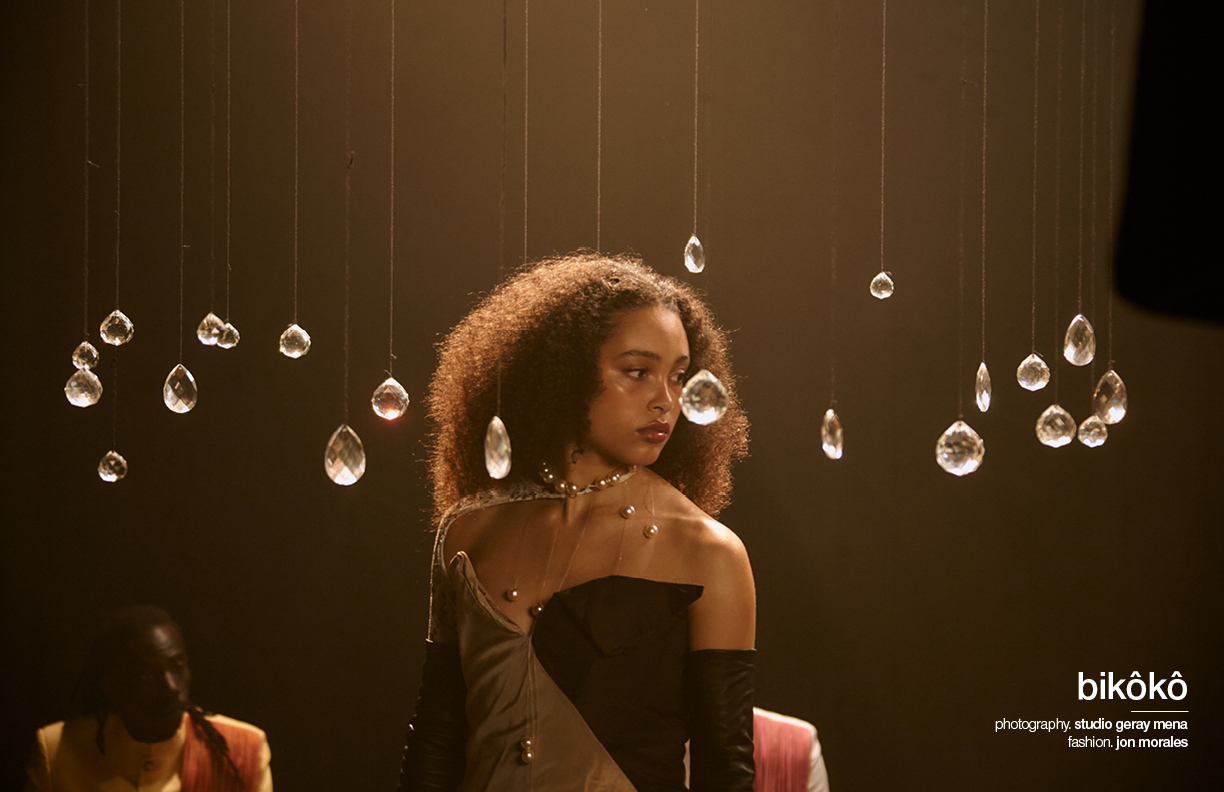 What is most magical about new music, is the way it makes you feel when you first stumble across it and discovering the human responsible for that feeling. Barcelona creative Bikôkô‘s body of work is a sensory cocktail of pulsing percussion and poetic lyrics that nurture the soul. We first saw her perform at Barcelona’s Primavera Sound festival with Cupra where her ethereal energy, charming choreography and charismatic band were a true lesson is the art of performance and hypnotising a crowd.

The 21-year-old artist’s textured soundscape is as experimental and otherworldly as she is. Bikôkô’s eclectic mélange of jazz-inspired pan-African beats showcase her rich and diverse taste in music while her versatility means no two tracks on her latest mixtape No News Is Good News feel the same, yet they all offer a candid insight into the rising star’s relationship with work and isolation. In between touring festivals in Europe, Bikôkô chats to Schön! about the creative scene in Barcelona, the many sounds of Africa that influence her work and how her latest project came at a point where she chose to put her mental health first.

What is the creative scene like in Barcelona t the moment?

The music scene in Barcelona is interesting. On one side, there is a very specific Spanish pop sound that mainstream media focuses on. When you first starting to make music here it can feel quite lonely if you’re trying to branch out and try something different. After working for a while and knowing your way around the industry, you realise that there are, and always have been, musicians who have decided to create their own sound and do something different. It just takes a little time but it’s definitely cool to see.

How do you think Barcelona compares to other cities you’ve lived in?

It’s a lot smaller, for sure. Of course, it is small compared to the US or the UK, but it even feels so in comparison to other European countries like France. In my opinion there is good and bad to it. It can definitely work to your advantage when starting because it is easier to navigate, to start working and get gigs quickly. On the downside, at least for me, after a while it started to feel limiting because there is only so much you can do.

Could you share how you first got into music? You performed with your dad in Barcelona so I’m sure it’s a family affair.

My dad is a musician so I’ve always felt very connected to music. I was very shy when I was younger so for many years no one knew I was interested in it. It wasn’t until my last years of high school when I realised that there was nothing I could see myself doing forever except music. So I decided I would start actively pursuing a career in music.

When you write something personal, is it ever intimidating to share what you’ve been working on with your dad?

Yes! Especially when I first started writing music, but since I sing in English and my lyrics can be quite confusing at times, I don’t think he fully understands what I am talking about sometimes and I’d rather that. 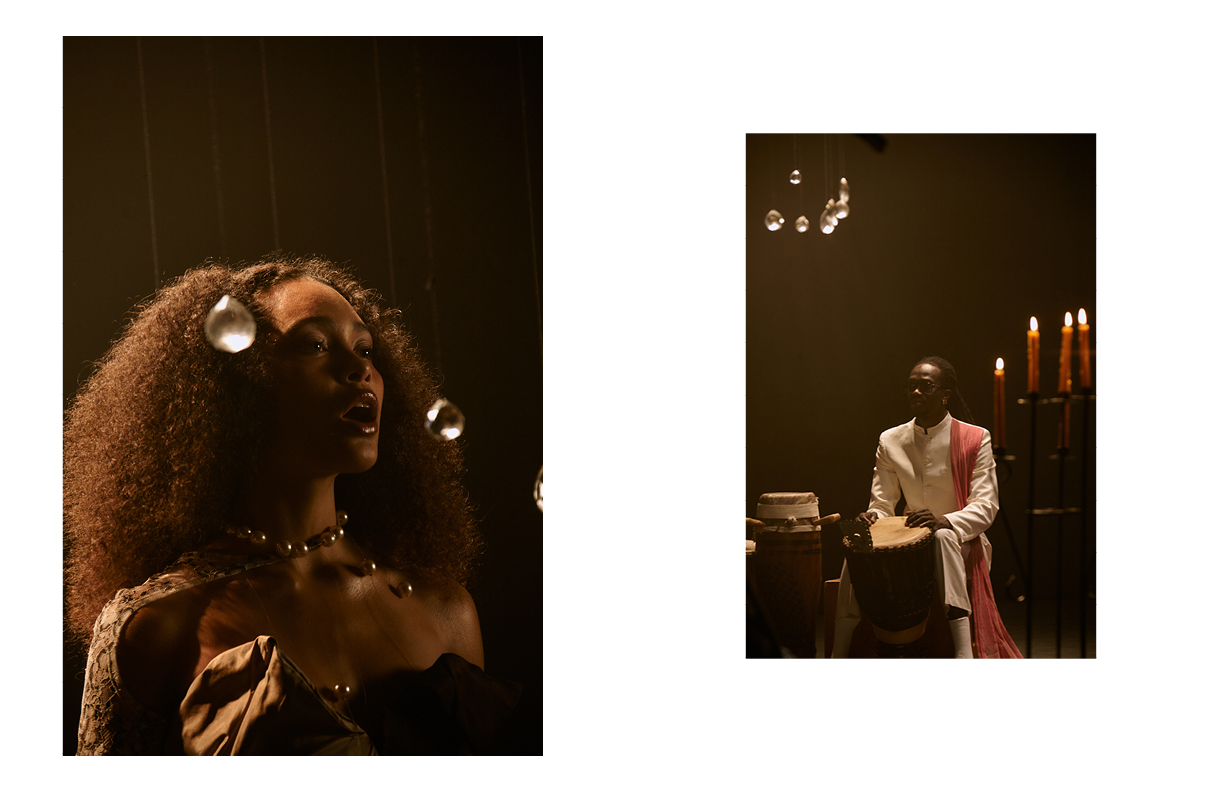 Who were some of your musical idols growing up?

As a kid I used to watch a lot of Disney Channel and I also had a period where I was obsessed with the X-Factor. So I’d say the music that I listened to growing up is not something that I relate to at all anymore. I started identifying some of my musical idols at the age of 14 to 15, Erykah Badu, D’Angelo and Lauryn Hill being the first ones.

What aspects of your African heritage shape your sound?

Funnily enough, the African artists and genres that have influenced my sound the most are not really related to where I am from in Africa. My family is from Cameroon in West Africa. I do incorporate West African rhythms and instruments in my music but not necessarily Cameroonian ones. The harmonies I used in my first EP were very inspired by Tanzanian chants and church singing. In my last EP I incorporated Nigerian Afrobeat grooves and Senegalese Sabar drums but I haven’t yet done a song or project inspired in Cameroonian music.

How has your new music evolved since your debut EP Aura Aura?

My taste in music has changed a bit so [my] music [now]  is different. Last year I got really into Fela Kuti and Alfa Mist,.I think they are the artists that shaped my last project the most.

Can you share the meaning behind your mixtape name No News Is Good News?

The general topic of this mixtape focuses on is my obsession with work. Each one of the songs goes into detail on the three main consequences this obsession had on my mental health and personal life. No News Is Good News is the title of the song that describes the consequence [of what] I think impacted me the most: isolation. 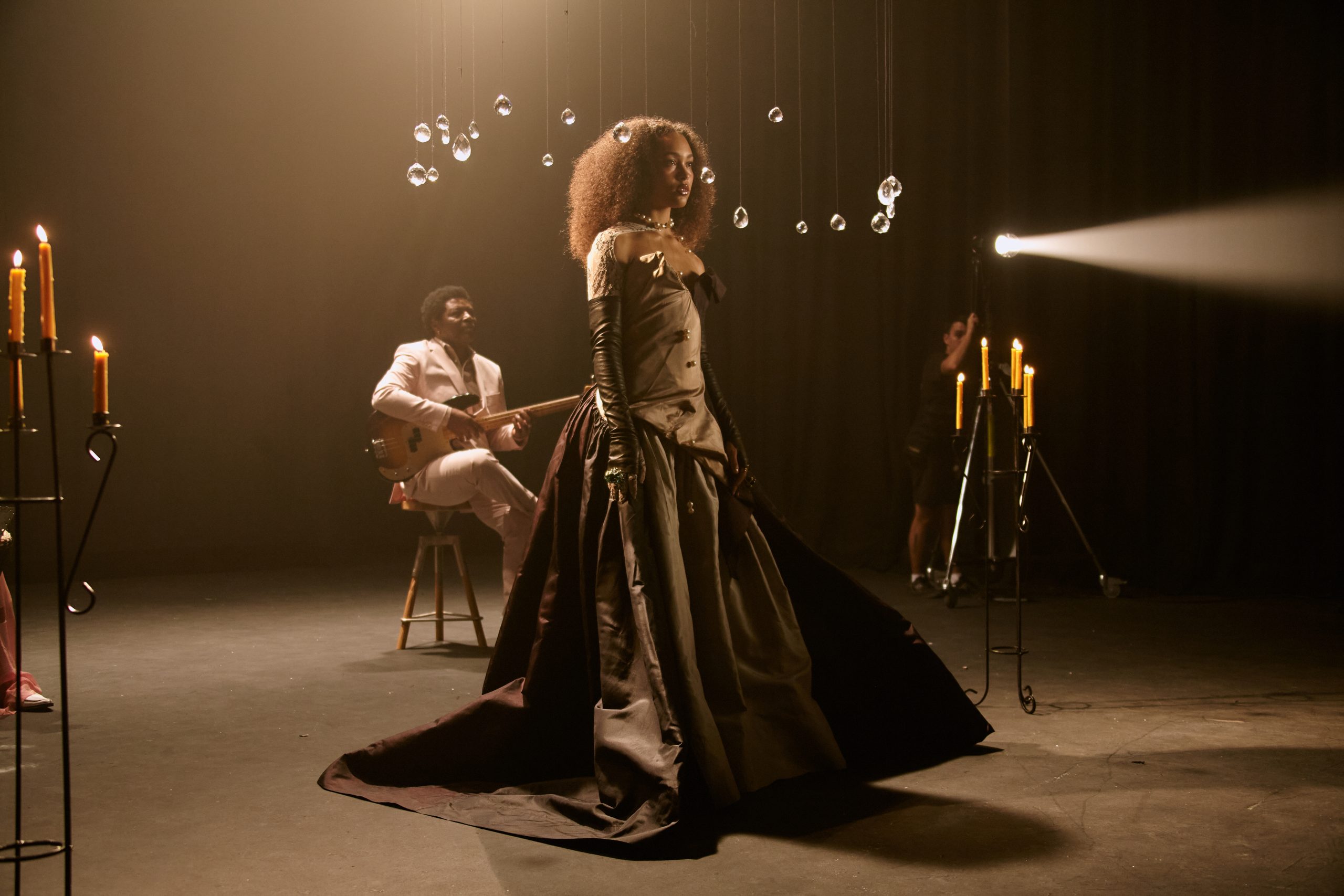 Percussion is a huge part of your signature sound. Where did your ear for drums come from?

I don’t exactly remember how but one day I came across a YouTube video of Mamady Keïta, a master Djembe player from Guinea. After seeing him play I decided I, too, wanted to learn how to play and incorporate it into my music as well.

Where do you tend to find inspiration for your lyricism?

I don’t like writing lyrics, never have, so reading helps me a lot. I try to have a pencil near me whenever I read or watch a film and I write down all of the words and sentences that I like. This way when I have to write lyrics to a song I already have a starting point.

You self-produce. Why is taking ownership of your own sound so important to you?

When I started making music I didn’t know how to explain what I wanted to do. And whenever I went to a studio with other producers I ended up doing whatever they wanted so I decided to do it on my own.

You’re very expressive through fashion and dance. When did visuals and movement become of interest to you?

They always have been. I’ve always liked coming up with my outfits. I think it’s fun. As for visuals, when I listen to music I usually see [and] imagine things. So my music videos really are just a transcription of what I see when I listen to my own songs.

How does it feel to finally have your new music out in the world?

It always feels good to release music. Especially because I feel like this project is more representative of who I am now, in terms of my music, so it’s nice for people to be able to hear that.

What do you hope fans feel after listening through your mixtape for the first time?

I don’t care how they feel, as long as they feel something. 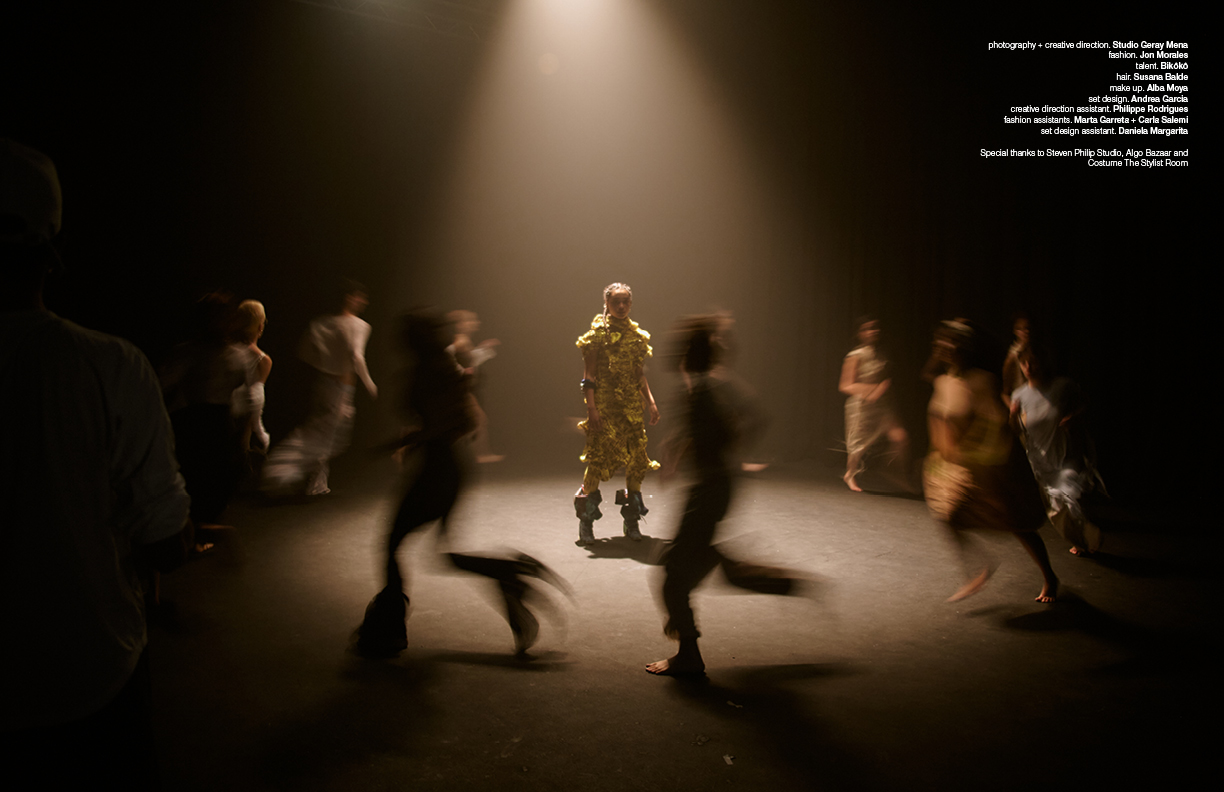 Bikôkô‘s latest mixtape No News Is Good News is out now.

Special thanks to Steven Philip Studio, Algo Bazaar and Costume The Stylist Room