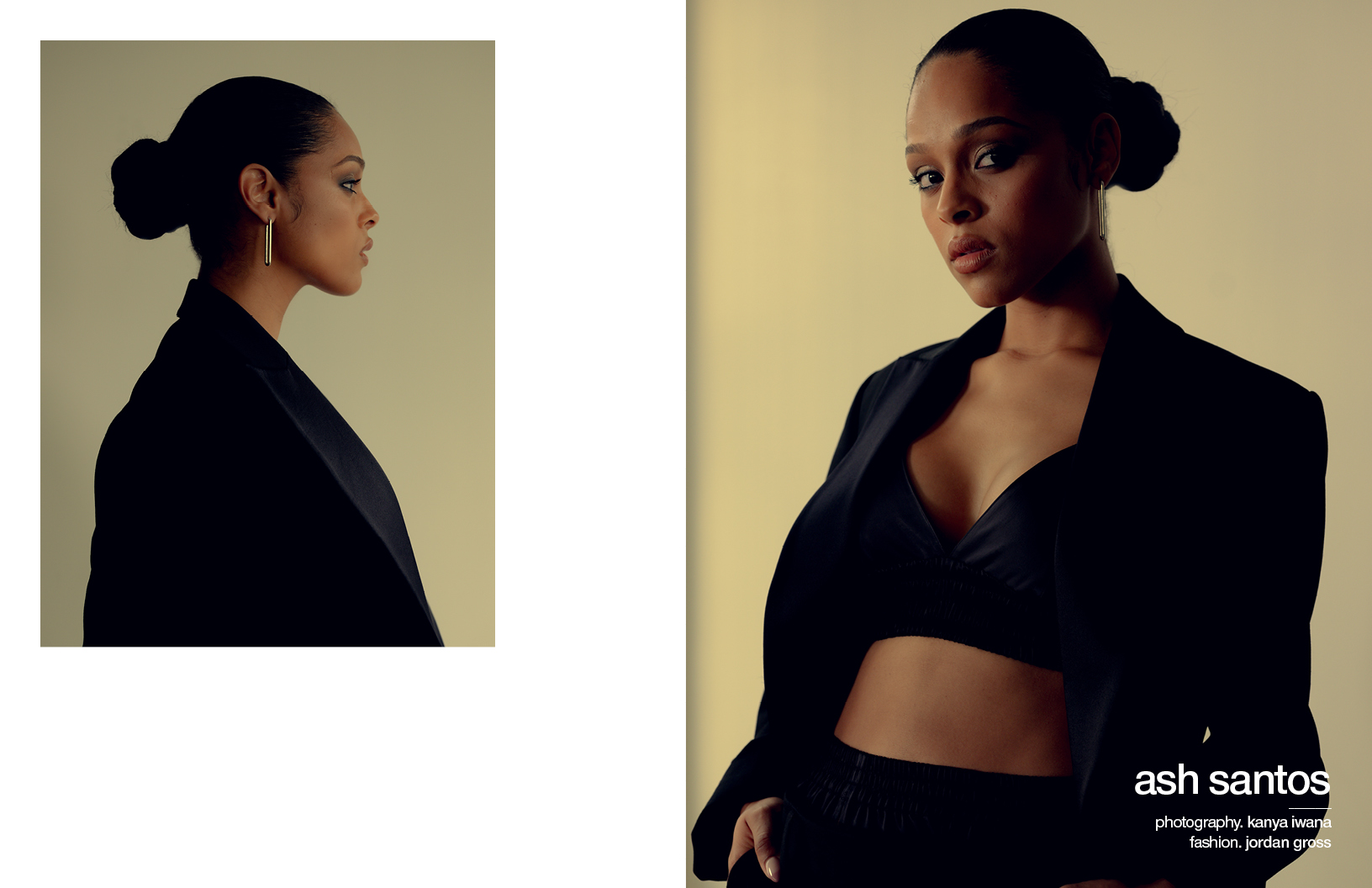 If you don’t know Ash Santos, be sure to get acquainted fast. Her first role in Hollywood was merely four years ago as a pivotal character in the cult series American Horror Story, and since then, her career has been on an upward trajectory. This November she will star alongside Kevin Hart and Wesley Snipes in True Story on Netflix, her second Netflix production following the vampire thriller Night Teeth released earlier this year. Scöhn! catches up with the non-stop actress to discuss motherhood, Hollywood and how acting has always been her first love.

Your career has taken off; can you recall when you first got the acting bug?

I was born with it, although I was a really shy little girl. I remember being little in New York and the only thing I wanted to do was act, but my parents didn’t know how to get me started. My first time acting, I was eight years old. We had this theatre summer camp in my hometown and I begged my mom to sign me up. We were doing the play Lewis and Clark, and I booked the role of Sacagawea. That was my first time ever having to memorise lines, get on stage and perform. It was so much fun.

What attracted you to True Story?

I’ve always been a fan of Eric Newman. Children of Men is one of my favourite movies and I’m obsessed with Narcos, so seeing him as the showrunner was really exciting. Then seeing that Kevin Hart was going to be the lead, and this time he was going to be doing something really different and fresh, a way that we’ve never seen him before. That was the most exciting aspect to it. Booking it made me really happy because I just know it will be something that everyone is going to talk about, ’cause we’ve never seen Kevin in this way, and with Eric, it just takes off.

Can you introduce us to your character, Daphne?

Daphne was so much fun to play because she’s so different from who I am. She is ballsy. She doesn’t really give a fuck. She’s like a loose cannon. She’s in this relationship with a certain someone where she’s really allowed him to manipulate her and call the shots. When she finally tries to stand up, it has some fun consequences. Daphne was probably the funnest character I’ve played so far because I got to completely suspend myself.

What was it like on set with Kevin Hart and Wesley Snipes?

I remember being so intimidated because these are two really iconic men. Stepping on set, they are so themselves, they’re so grounded and humble. Kevin is who he is, whether he’s on the stage doing standup or he’s like shooting on set. He is just hilarious. He’s constantly joking around like a little kid. Everybody’s always laughing in between takes and the crew felt like a family. And Wesley — when he introduces himself to you, he’ll bow. I’m just like, ‘I’ve grown up watching you! I know your face so well, and you’re bowing to me!’

True Story is partly based on Kevin Hart’s own life. How did you find navigating fiction and reality?

I thought it would put more pressure on my performance, but it didn’t because the directors and the producers made you feel so comfortable. It was such a healthy, productive, environment. It’s interesting because reading the script, that’s the first time I learned that it was eerily similar to his own personal life. I think that that’s why he did the show, and that’s why they wrote it that way is because it’s a play and a take on the things that he’s been doing and what’s happened to him. It made it even more exciting because I’m always a fan of watching something and then learning ooh, that’s kind of based on a true story.

How do you feel in the lead up to the project’s release? 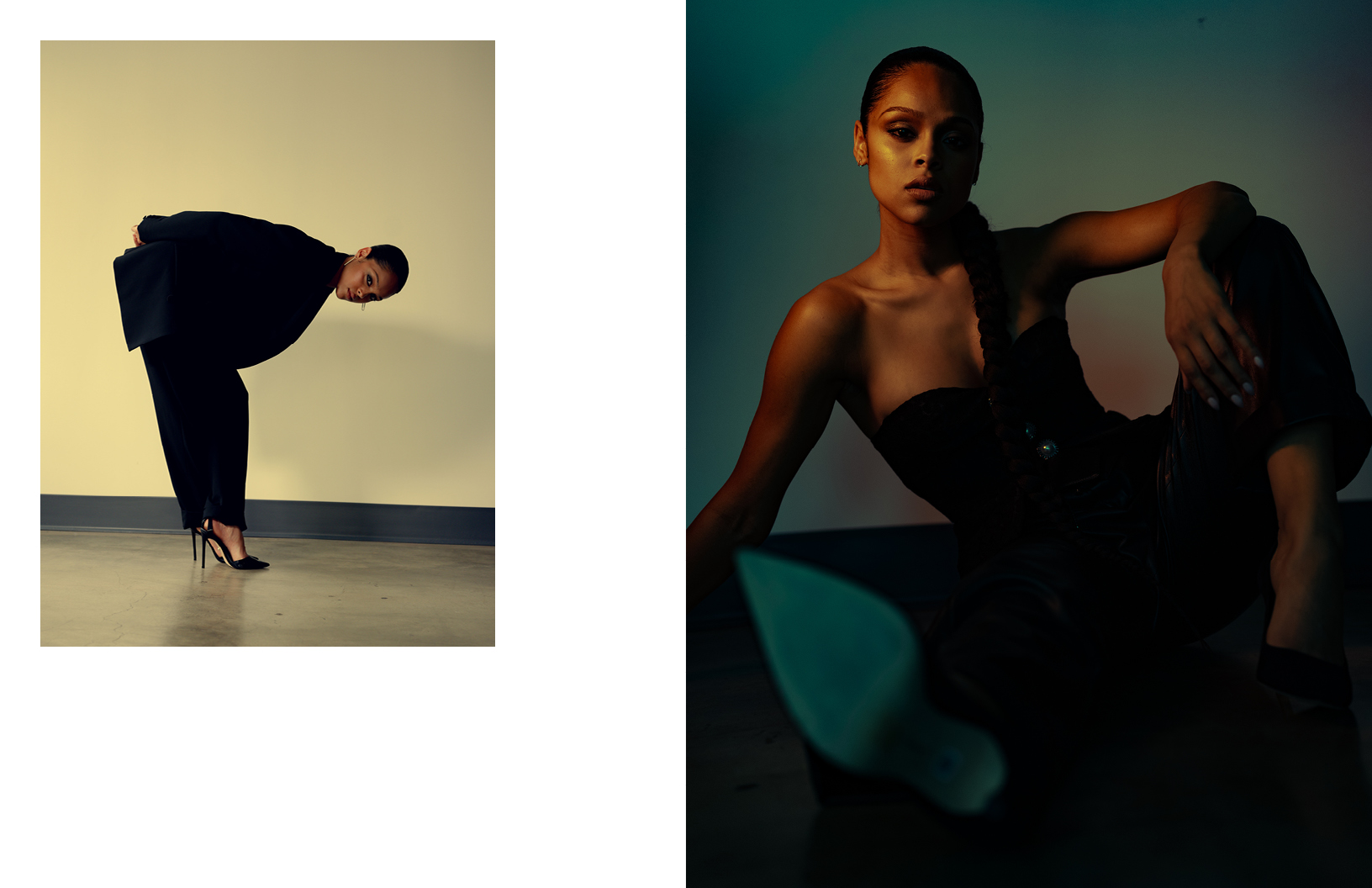 Night Teeth also came out recently, and your role in it is super intense. How was that experience?

It was really fun shooting scenes like that because you’re in the trailer getting ready, then you’re just chatting on set and then they’re like ‘ok, get in the car and scream’. I have to go from zero to sixty. We did a night shoot for that car scene, so it’s like, you’re up at four in the morning, and I was just screaming in a car for three hours.

Do you think you have a penchant for horror?

I love horror. It’s ironic that I started on American Horror Story because I’m a huge fan of that show. It’s just fun watching a film or a series and being terrified in my seat. It’s such a cool thing that our art form can do.

Speaking of horror, what did you do for Halloween?

I have two kids, a five year old and three year old, and I took them trick-or-treating and to a spooky carnival. We had a party with friends and I dressed up as Gamora from Guardians of the Galaxy. It was a packed weekend.

What are your fondest memories from American Horror Story?

That was my first Hollywood job. I had booked that only two months after being with my reps, and I was so nervous because I’ve seen every episode of the show and I was a huge fan of all those actors. My first scene was with Sarah Paulson and Kathy Bates. I was so intimidated, but being around women like that, who are such powerhouse actors, made me step up. I walked in the trailer and Kathy Bates turned to me and she’s like, ‘are you Ash? The one playing Emily?’ and I was like ‘Oh my gosh you know my name, you’re a legend’. Being in an environment like that where the calibre of acting is so high just lit a fire in me to keep working harder. It’s like I was in an acting class just watching everybody riff off each other and continue to elevate the scenes.

What did you learn from Ryan Murphy?

His attention to detail is like no one else. The fact that he has so many shows going on at one time and there’s so many things that need his attention, but he confirms every little detail, from every actor’s hair to their wardrobe. I really respect that because he is always staying true to his craft; it’s not just to pump out show after show. 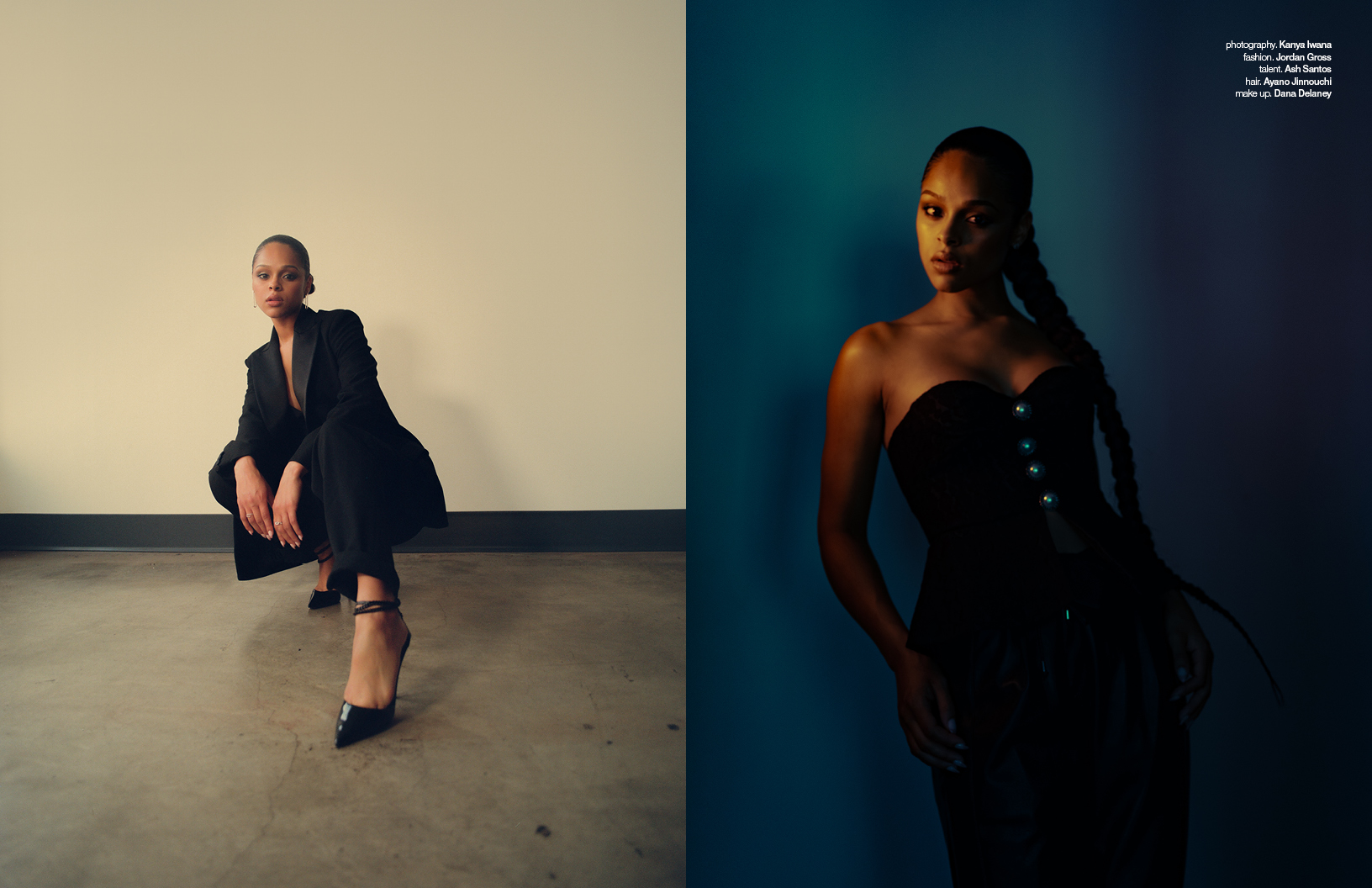 It seems like everyone else has been taking time off due to the pandemic, but you’ve been working nonstop. How do you stay so driven?

It’s interesting, because it felt like it was gonna slow down when the pandemic started. But ironically, it’s only been busier for me and I really appreciated that. If I’m not acting, then I’m home with my kids and I’m just a single mum. It’s this interesting balance of staying grounded and being with my kids, but then also being able to pursue the thing that I love the most. During the pandemic, it only became harder when I was shooting Night Teeth and True Story. I couldn’t come home. I couldn’t see my kids because of COVID, so it was definitely harder. However, it’s worth it when you see your work come out and you see a project that you got to be involved in come together.

How do you spend your time when you aren’t on set?

I am doing school drop offs, picking up the kids from piano class and soccer. It’s a really good balance for me because I never get to dwell too heavily on the things that don’t really matter, the superficial aspects of the industry, because I so quickly have to be put back into my normal life. I don’t have the time to get down about not booking the job that I just auditioned for ’cause I’m like, ‘I have so much else going on.’ Then when I get a call that something came through, I’m like, ‘oh, great, wonderful, okay!’

Recently I binged Maid with Margaret Qualley. Especially as a single mum, I was just like, ‘that’s such a beautiful show. Well done.’ I just binged You on Netflix. That’s a show that every time the season comes out, I watch it within two days. Now that theatres are open again, I’ve been in the theatre almost every week now!

In the past, you’ve spoken about the importance of working with female filmmakers. Have you got any female-led projects in the works?

A lot of different things are brewing…

Lastly, in general, what are you looking forward to?

This next year. Every year brings challenges, but with challenges it brings growth and so I’m just excited for the challenges to come next year and the growth that I’ll get to experience and learn from.