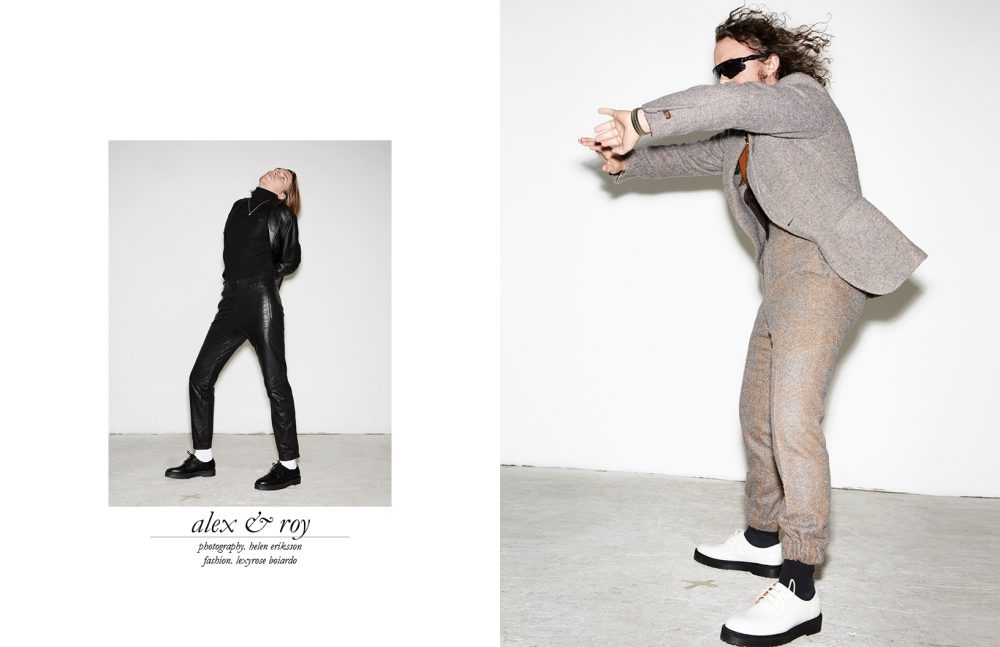 “Bearing witness to the baroque clusterfuckery of the world is no longer voluntary. We are all forced to watch. Every possible catastrophe vibrates in our pockets, demanding to be witnessed.” That’s how Alex Cameron himself presented his latest body of work, his second album ‘Forced Witness’. Three years after his solo debut album ‘Jumping the Shark’, Cameron has traded the individual sleazy losers and creeps for plush creepy pop songs about the miscreants of our society. Composed of 10 tracks and with defiant storytelling as the main thread in a dark yet danceable array, the Sydney native honestly tackles hyper-masculinity and “randomized sexuality” in an acidulously earnest mode. Such topics may seem ominous, but Cameron manages to make them catchy and rhythmic, thanks greatly to his long-term accomplice’s, Roy Molloy, magical fingers. Schön! caught up with the saxophonist to talk about his partnership with Cameron, the not-so-obscure references of the album and all things dance moves.

What about music is captivating for you; is it a means of escape or a way to address the issues that people are seeking forms of escapism for?

What’s captivating about music as a medium is its potential to tell stories in a microscopic way. Escapism isn’t really the goal here, in the writing process or in the outcome. The goal is engagement with a very stark reality. Escapism is available everywhere if you want it and I don’t see any value in another record offering that. 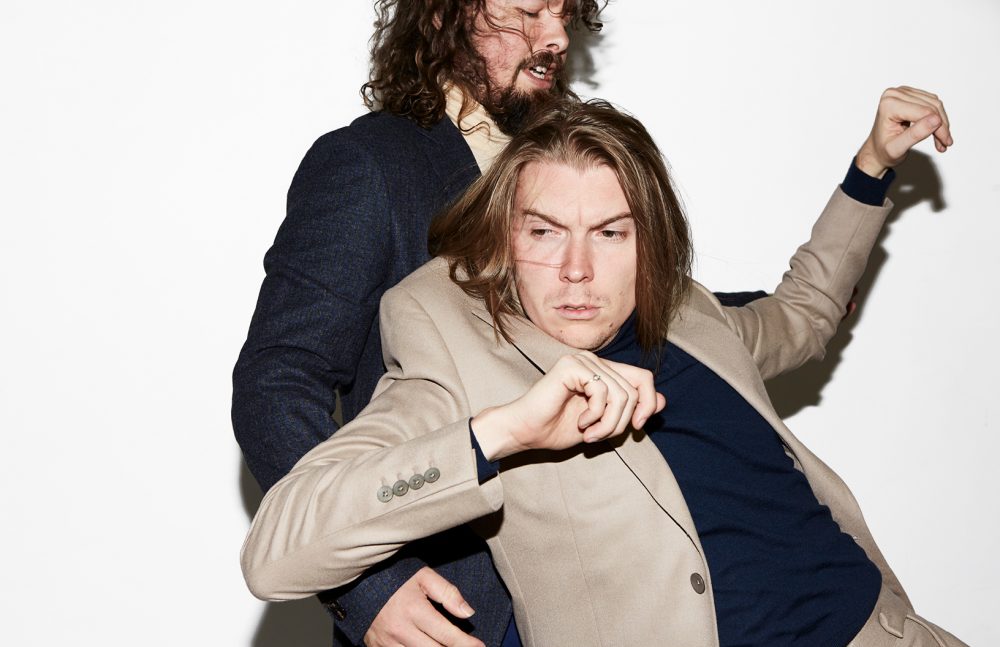 How did the dream team, Roy and Alex, come to fruition? And can you tell us a little bit about your relationship and the dynamic?

Al and I met when we were six or seven. I moved in next door to him. We began working together on this project in 2012 when Alex brought some demos into the pizza shop we were working at together. They were ‘Jumping the Shark’. I told him I thought they were shit hot and he asked if I’d want to play on stage with him and I said ‘yeah’. The dynamic? Very practical. If there’s something to be done, we figure out who’s best placed to do it and it gets done. If one of us needs help from the other it’s there. It’s a good business partnership.

Alongside the musical videos and lyrics, you also seem to be an admirer of busting out some dance moves and showing off your acting skills. Is this a way of telling another story alongside the lyrics to your songs?

I can’t speak exactly for Al here, but I’ll tell you what I know, and that is that his mum is a wonderful dancer and she taught him at a young age so as he’d be prepared for weddings, etc. I couldn’t say for sure if it’s a form of storytelling for him, more a sense a showmanship and diligence. The acting, the short bits online? Definitely, some kinda side story going on there.

The album ‘Forced Witness’, whether overtly or covertly, tackles the issue of patriarchal power and its effects on society. What do you think music can do with regards to this issue?

‘Forced Witness’ is a dossier of observed situations — mostly involving men either displaying or being confronted by their weaknesses. Patriarchal power isn’t so much the topic or the target is male weakness. 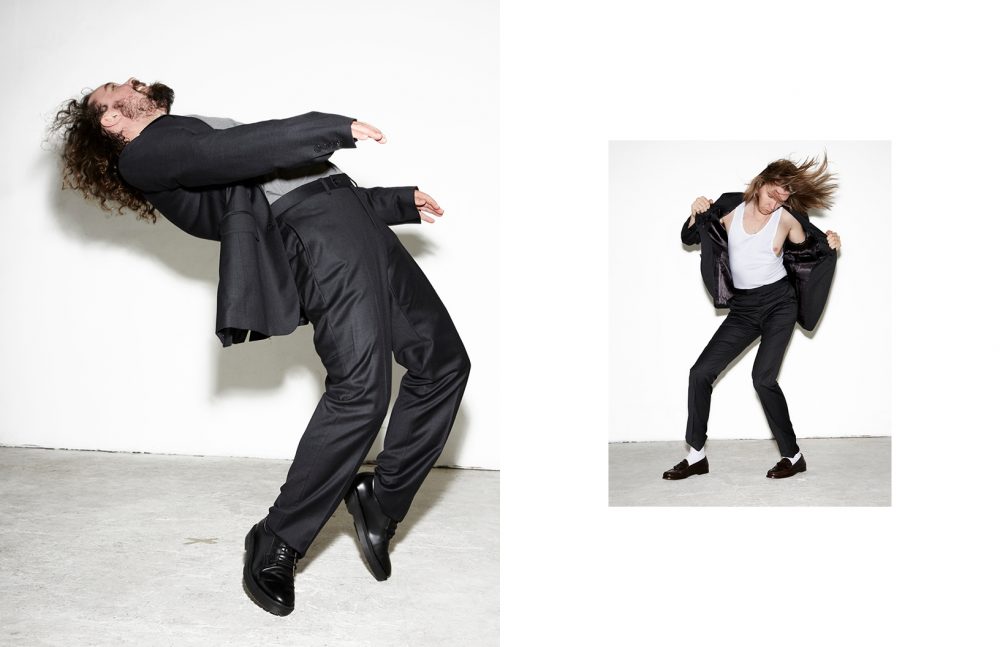 Have you ever thought about story-telling in a more literary manner? Or perhaps creating a short movie?

We think about that a lot. I know ‘Jumping the Shark’ came about as a result of a series of short stories. We have a TV pilot in the works. We’re both constantly writing, both fiction and non-fiction, and all in between. Most of it’ll get scrapped, but the cream of the crop, hopefully, will make it to printing.

Shifting the topic to touring, what is it like? Do you ever improvise with your musical performances? Does it flow ‘naturally’ for you?

Touring’s beautiful. It’s the work of it, sure, but we ain’t afraid a that. We’re touring Europe right now. I write from Lausanne, Switzerland. I’d never have travelled here in a million years if it weren’t for touring. The show is becoming more fluid and improvised as we settle into performing with a band. I can’t describe the pleasure a playing with a bunch of quality musicians after however many years playing to a backing track. It’s wonderful.

8. Many people are trying to decipher the story behind ‘Stranger’s Kiss’, whether it be that the characters in the videos know each other or not, what their relationship is, and what the message is behind it all. Can you shed some light?

Going to have to leave that to Al… 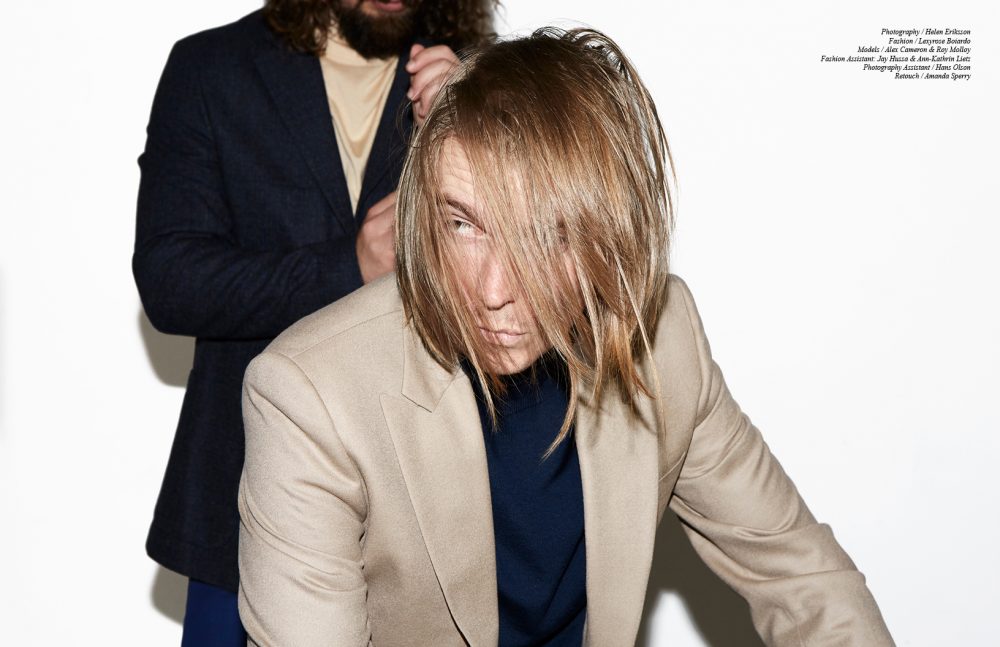 What are you referring to in the lyric ‘They made a meme out of my legacy, darling’? Are you saying something about Internet culture or is this referring to something else?

No idea. But people definitely get “meme’d”. Can you imagine making a body of work and having your whole artistic impact be eclipsed by a meme of you being attacked by a bird or sitting on a bench looking sad or something? What a world.

Another riddle to solve, who is ‘Candy May’? Is this song referring to someone you know or an archetype of a certain kind of woman?

Candy’s an ex-girlfriend from Al’s from back home. She was one of a kind, but in my experience, that’s a pretty common type a woman also.

What is it about Marlon Brando that Alex connects with? How does one feel like ‘Marlon Brando circa 1999’, with ‘these pingers’ giving ‘me shine’?

You missed a beat here. The song is from the point of view of some piece of shit guy at a pub, not Alex. If you’re relating to anyone in this tune you got some self-reflecting to do. ‘Pingers’ are the Aussie word for ecstasy tablets and the shine’s come about are the effects of them….

Where do you want to take your music in the near future? And of course, the big question is… will the dance moves stay?

For now, it’s all about ‘Forced Witness’. We’re going to flog it to death out here on the road and in the meantime let the pot simmer on the next record. See what happens in 2018. Dancin’ ain’t going away.