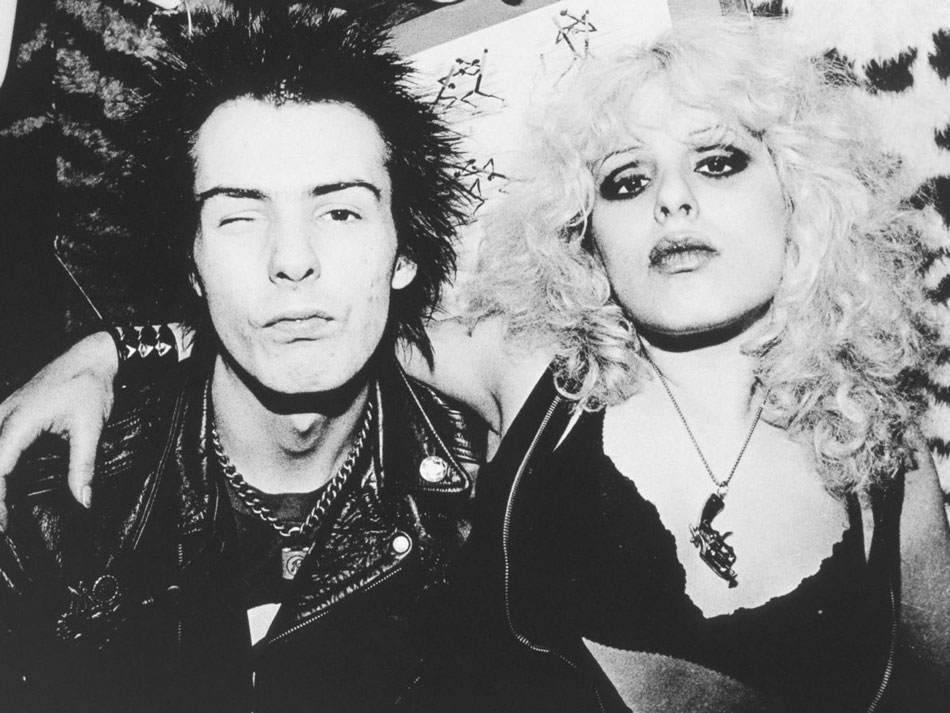 In honour of Valentine’s Day, Schön! looks back on one of rock and roll’s most dysfunctional couples: Sid and Nancy.

Sid Vicious and Nancy Spungen are the poster children for young love, punk fashion, rebellion and dysfunction. Vicious, born John Simon Ritchie, was the bassist for English punk band the Sex Pistols and Nancy Spungen, whom he met in London during 1977, was his soulmate. The two became their own short, sad love story, filled with gigs, heavy drinking and drug abuse. Their intense infatuation with each other is often looked at as one of the key factors in the downfall of the Sex Pistols, some claiming that lead singer Johnny Rotten begged and pleaded with Vicious to get rid of Nancy.

Their rollercoaster wild ways continued after the Sex Pistols split, but not for very long. The tale ends with Nancy Spungen found stabbed to death in their room at Hotel Chelsea, New York City on October 12, 1978. Vicious was accused of murdering the love of his life to which he confessed to on multiple occasions, only to backtrack on those statements he made to police. Shortly after, he attempted to slash his wrists and commit suicide, though he did not succeed.

On the evening of February 1st, 1979, before he was put on trial, Sid Vicious overdosed on heroine in the apartment of his new girlfriend surrounded with friends and was revived, only to take another fatal dose of heroine administered by his own mother.

The two had created the perfect punk image to match their wild and crazy relationship. The punk rock Romeo was always decked out in his signature look: a beat-up leather jacket, black leather combat boots and skin-tight jeans that looked as if they were painted on to his skeletal frame. Combined with his spikey black hair, pale complexion and 6’2 stature, he was a bone man to be reckoned with. The young Capulet of punk was also hard to miss, with her wild, platinum blonde curls, heavy makeup, red lips, and skimpy leather ensembles.

Though their love was short-lived, it was everything that was to be expected of the two: faced-paced, intense, passionate and tragic. Through their own psychological and personal demons, Sid Vicious and Nancy Spungen were each other’s bad habit, leaving behind their very own classic love story.