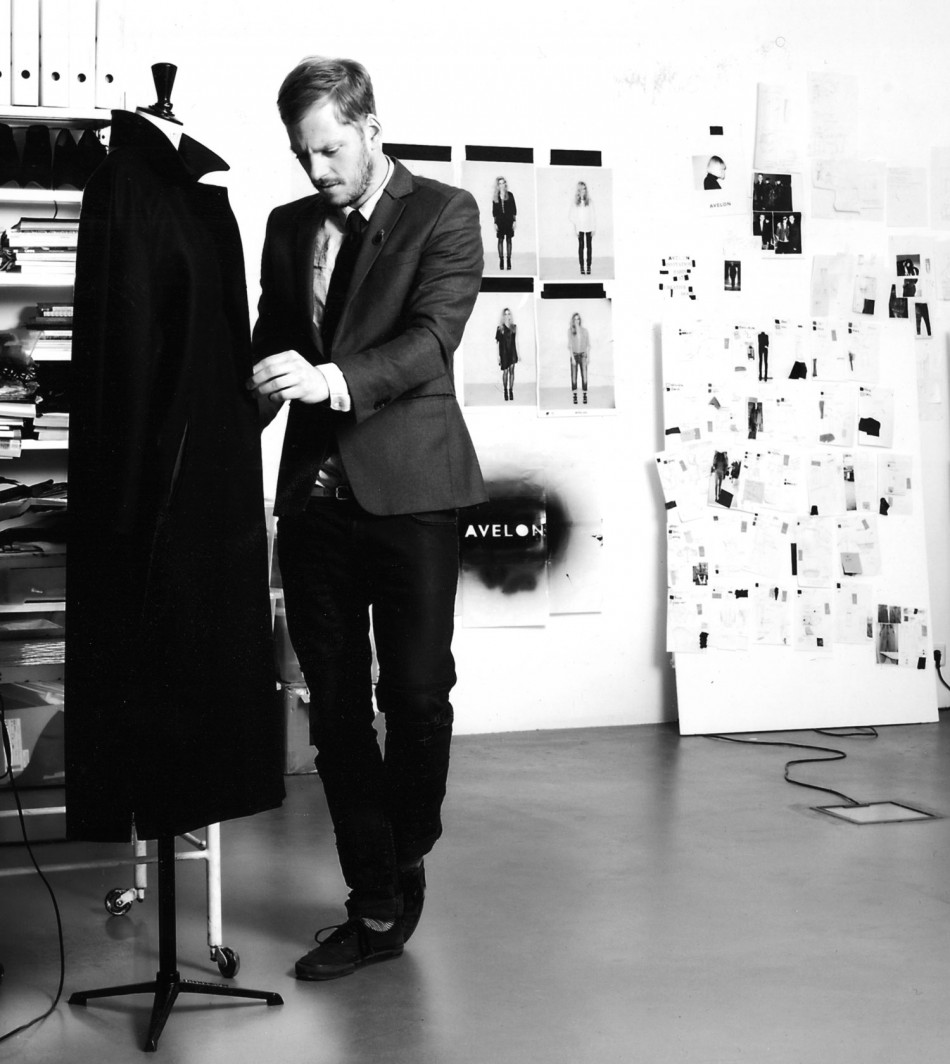 Though Dutch designer Erik Frenken originally aspired to be an actor as a child, he has found his place in the fashion world as owner of the brand Avelon. His first foray into fashion included working at the atelier of Alberta Ferretti and at Viktor and Rolf, where he was Head Designer for women’s fashion for four years. Frenken joined Avelon in 2008 as Design Director and eventually took over the brand in 2010. Schön! caught up with him to talk about his history as a designer, his current collection for Avelon, and the difficulties of designing bold and wearable outfits.

You started working at Avelon as head designer. How did you become one of the eventual owners of the company?

Avelon used to be the premium label of a Dutch denim brand. When the label went bankrupt the original investor approached me with the question what I wanted to do. I still believed in the potential of the brand and that, if extended in to a full range men’s and women’s collection, it would be a great success, and so the adventure started.

When I started out as a designer I was very conceptual and wanted to make the most outrageous outfits, but in time I found that what I was making wasn’t accessible to my friends and family. With Avelon I got the opportunity to create a collection that was still fashion forward but much more accessible and wearable. There was no longer a need to shout fashion, but much more the desire to whisper style.

Designers often talk about the difference between designing for men and women. For you, what is the most discernible difference? Is one harder than the other?

One is not harder than the other to me. Each one has its own challenges, but this makes it interesting and an adventure. For me my menswear will always reference classics as, for me, men’s fashion is more about the detailing then about bold statements. The women’s collection to me is more about an experiment.

The new line for this year is described as going in a different direction than most designers due to the economic conditions. How is Avelon using the recession differently from other designers?

A very common trend during recession for women is the introduction of a more masculine fit. For me the recession is a reason to celebrate a more carefree and feminine attitude. Everything around us is forcing us to be more serious and gloomy. I wanted to go in a different direction this season – still season-less like always, but more upbeat – so a sensible wardrobe investment that stands out in a crowd.

Avelon defines itself as being an accessible and affordable name brand. How do you design fashion that is not too commercial, but also not too couture, and accessible to everyday women and men?

That is one of the hardest things to do. It’s a huge challenge to work within this framework. When working on a collection I’ll kick against it for months especially when I’m getting inspired for a collection. But once I start to design it happens naturally, maybe because I know I can be extreme in little things – for instance detailing – and to me that’s much more interesting than bold extreme statements that no one can wear.

How is your new line different from lines previously released by Avelon?

With each season we grow in volume but also design. The contrasts within garments become much more subtle and much more refined. The current collection is a really good example of this. For instance we have a blazer in the collection for women that looks like a classic black blazer in the front but has a dark blue silk back panel which gives it just a little more attitude. We are finding our balance collection by collection.

View the collection at: avelonshop.me