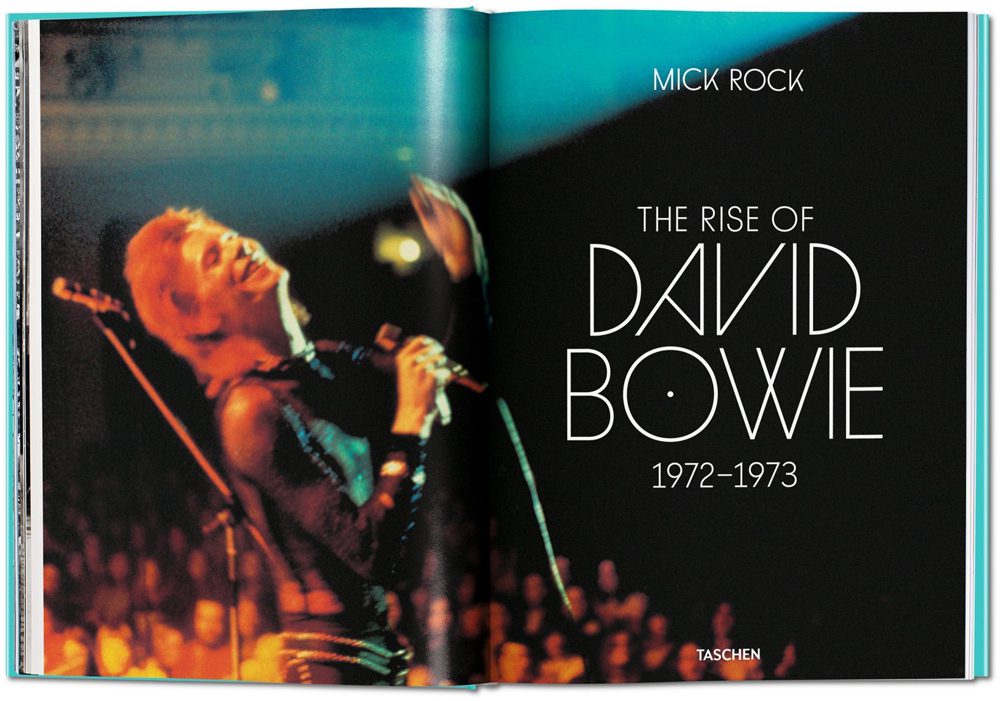 In 1972, on the eve of David Bowie’s worldwide fame, Mick Rock became his official photographer (and then life-long friend). Shortly before his death, Bowie collaborated with Rock on The Rise of David Bowie, a stunning anthology, which includes around 50 previously unseen images of the icon. A limited edition of the book was released last year but now a more accessible version is finally available to Bowie fans. Schön! sits down with Rock and his friend, menswear designer and music aficionado John Varvatos, to talk guitar biting, bananas and being backstage with Bowie.

A lot of books have been published about David Bowie. What’s special about this one?

John Varvatos: This one is done by the person who had the access, the trust, who was right there next to him in his dressing room, in his home, in the studio. Mick had 5,000 images or more of David Bowie, plus he has the stories and the friendship for a lifetime, and he did the book with David Bowie. No one else has ever done a book with David Bowie. 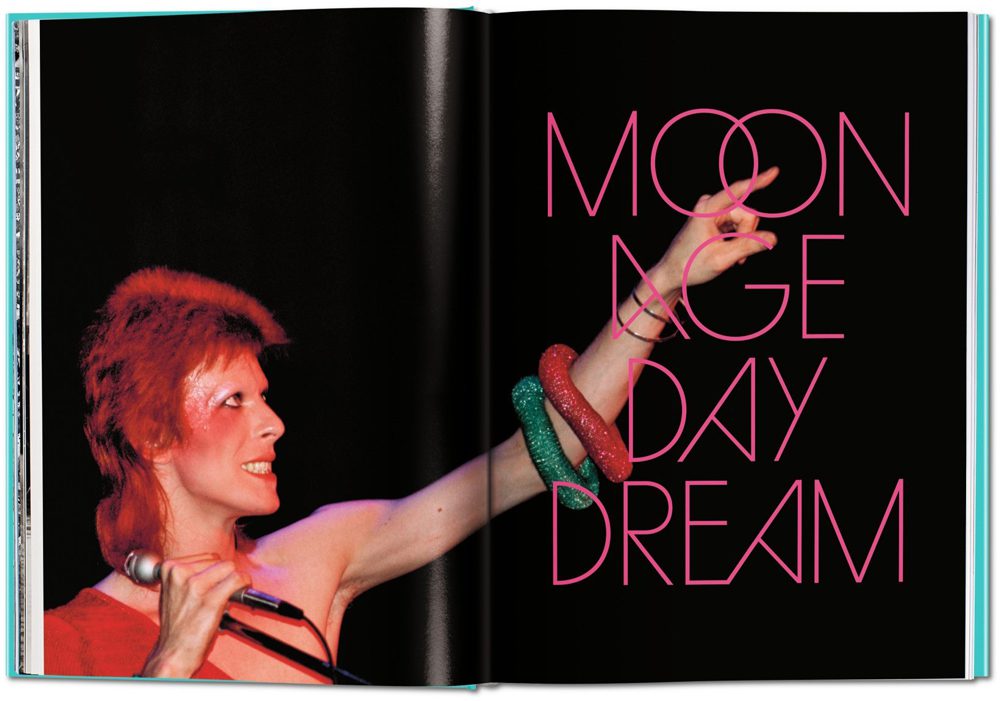 Mick, how did you meet Bowie and become his official photographer?

Mick Rock: It was so organic. I loved an album that he released called Hunky Dory and certain tracks, including Life on Mars. I set it up so I would go and see him and take a few pictures. Part of the key to it was that I did an interview as well, so we got into each other’s heads a bit. We learnt we had certain tastes in common, very specifically three characters: Syd Barrett, Lou Reed and Iggy Pop.

MR: Definitely, but it was also an interesting conversation. There are a lot of bright people out there but that level of intelligence you don’t come across on a street corner. David would invite me to more gigs and we would do other sessions. There was a particular session that you probably know one photo from, Bowie in the Mirror, with the bananas in it. He liked bananas, because they’re in quite a few pictures. Bananas and cigarettes.

MR: He wasn’t famous. There were 400 people at the first show. Suddenly, it’s the summer of ’72 and finally there’s 1,000 people at Oxford Town Hall, when he chomps on Mick Ronson’s guitar, which got people a bit flustered at the time. Then we came to America and it got crazier and crazier. Anyway, it was happening very quickly, from a very modest situation to the release of Starman and then Ziggy Stardust. It happened in front of my camera. 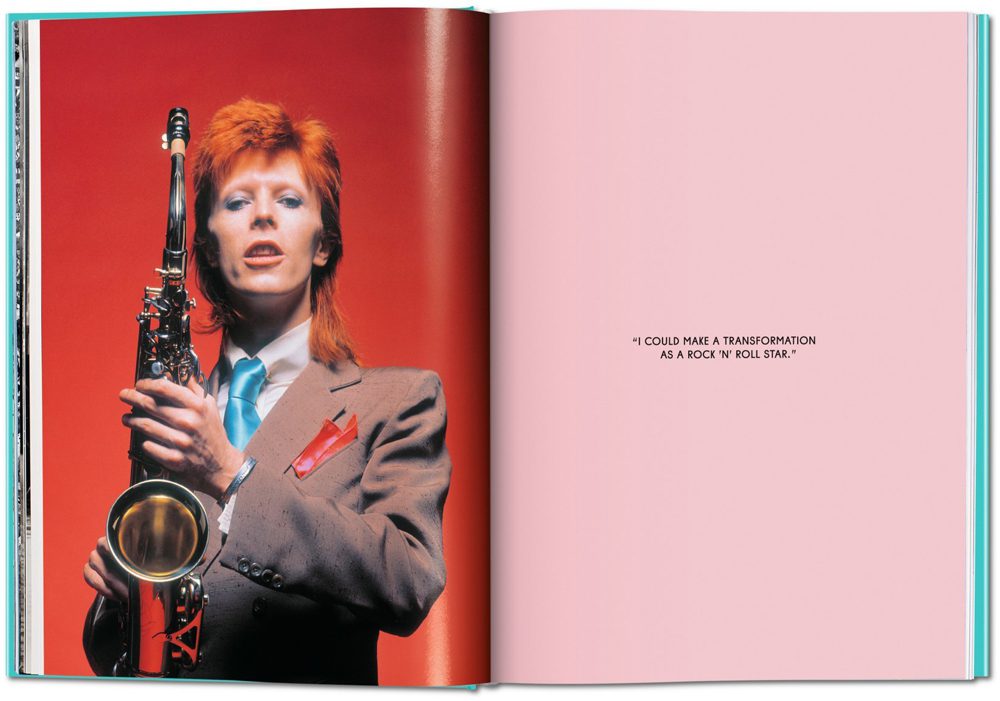 You also shot quite a few of Bowie’s videos, when it was a relatively new genre and there weren’t big budgets being thrown at them.

MR: No, there were not! [Laughs] I got about 400 quid for John I’m Only Dancing. I never got paid, but I didn’t care. There was no big plan, but you had to figure out where you were going to go and get the fuck on with it, because you only had maybe four or five hours.

How do you go about making an exciting video then?

MR: Well you can’t. “How do you go about making a video?” was the question, not whether it was exciting. But those four I did with David, they still hang around, especially Life on Mars.

John, your interest in fashion stemmed from a love of Rock ‘n’ Roll.  Was Bowie an influence on you?

JV: He always wanted to keep changing and I loved that kind of rebelliousness in him. Later in the ‘80s and in the ‘90s, as he got out of being a character and started to just become David Bowie, his style was very chic and I fell in love with him again. Also the way he carried himself as a person until the day he left us. I feel like he was one of the classiest guys on the planet.

MR: He was a kind man, a sweet man. Maybe he was more interested in more interesting people, but it didn’t matter, he was polite to everybody. He was respectful. 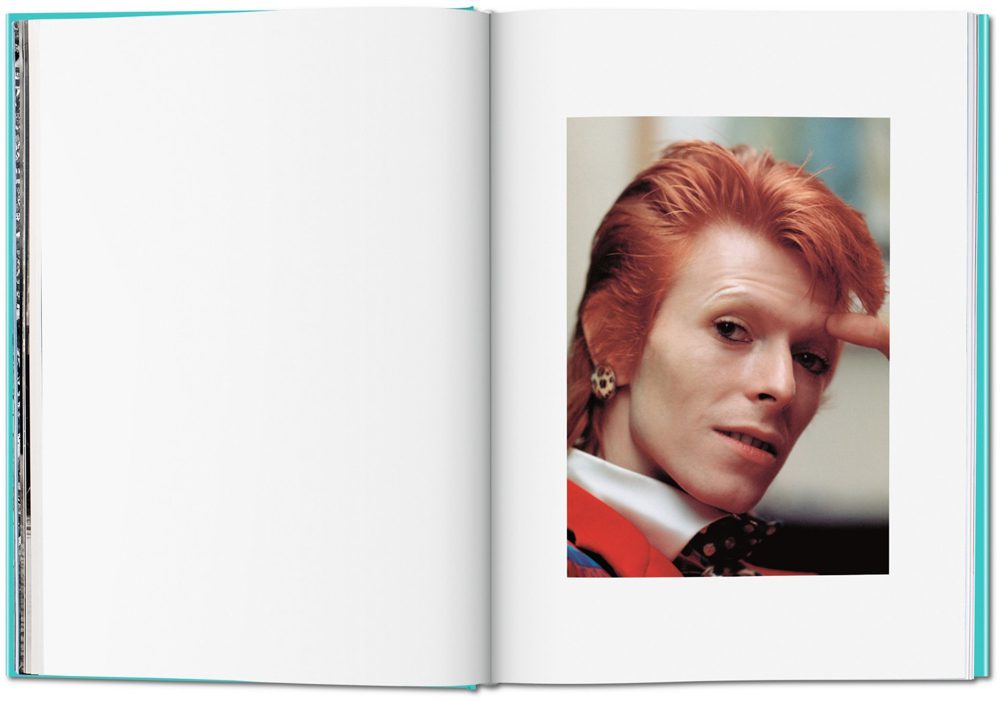 MR: Yeah, I put my camera down when midnight ’79 came along! [Laughs]

You’ve continued to photograph musicians ever since then. Do you feel it’s changed?

MR: I just look at it like taking pictures. Yes, I’ve shot Pharrell, Snoop, Mark Ronson and a lot of these modern characters. Back then I would shoot anything that wriggled. Now I tend to prefer a session where I can choreograph it. Listen, there’s a lot of great young photographers out there. You can’t muddle around. I’m not 22 anymore.

JV: You’re still in demand though…

JV: But in your world it’s hard, 46 years later, to still be in demand, and you have an income from your history, which you never would have thought of at the time.

MR: I was just some punk kid taking pictures and who would have thought that Rock ‘n’ Roll would have become such a big, entrenched deal? The idea of it being in museums, cultural centres and galleries would have been ludicrous. It wasn’t supposed to be like that. We were outsiders, rebels. We were exploring the limits of the culture, but times change… 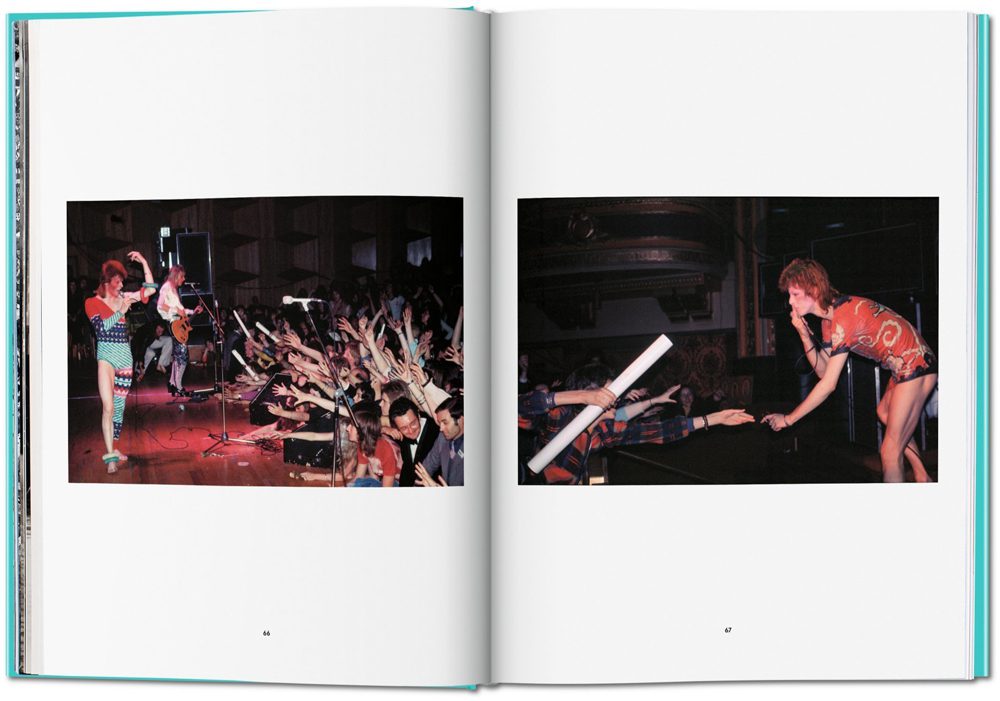 John, growing up, did you want to be a rock musician?

JV: Of course, like every little kid, you were enamored by talent, but I’m not a good musician. It’s mind blowing that somehow music has become part of my daily life, starting a record label and everything else. You can’t plan it. If I’d planned it, I would have screwed it up. It just organically happened.

MR: If you plan it, you will organically fuck it up.

JV: If you have respect from the musicians, not as a fashion designer, but as one of them… It’s fulfilling that these people respect me for my knowledge.

You’ve performed on stage with many rock legends. Is that because of the respect or the fun?

JV: I only get out there for the fun.

MR: He’s invited out there for the respect.

JV: It’s fun, come on. I was invited on by Guns and Roses, by Axel, to sing with him. The next morning, I got texts and emails from Slash and all the band members, and they were like, “We were in the band with him and for all those years he would never let us sing! What the hell’s going on here?”

The Rise of David Bowie, 1972-73 is published by Taschen and available now.