Michael Kors has long been a name synonymous with luxury, but during the month of October the American designer will be proving that elegance has a conscience. Joining forces with the United Nations Food Programme, Kors is participating in the Watch Hunger Stop initiative, a bold philanthropic project in association with World Food Day. 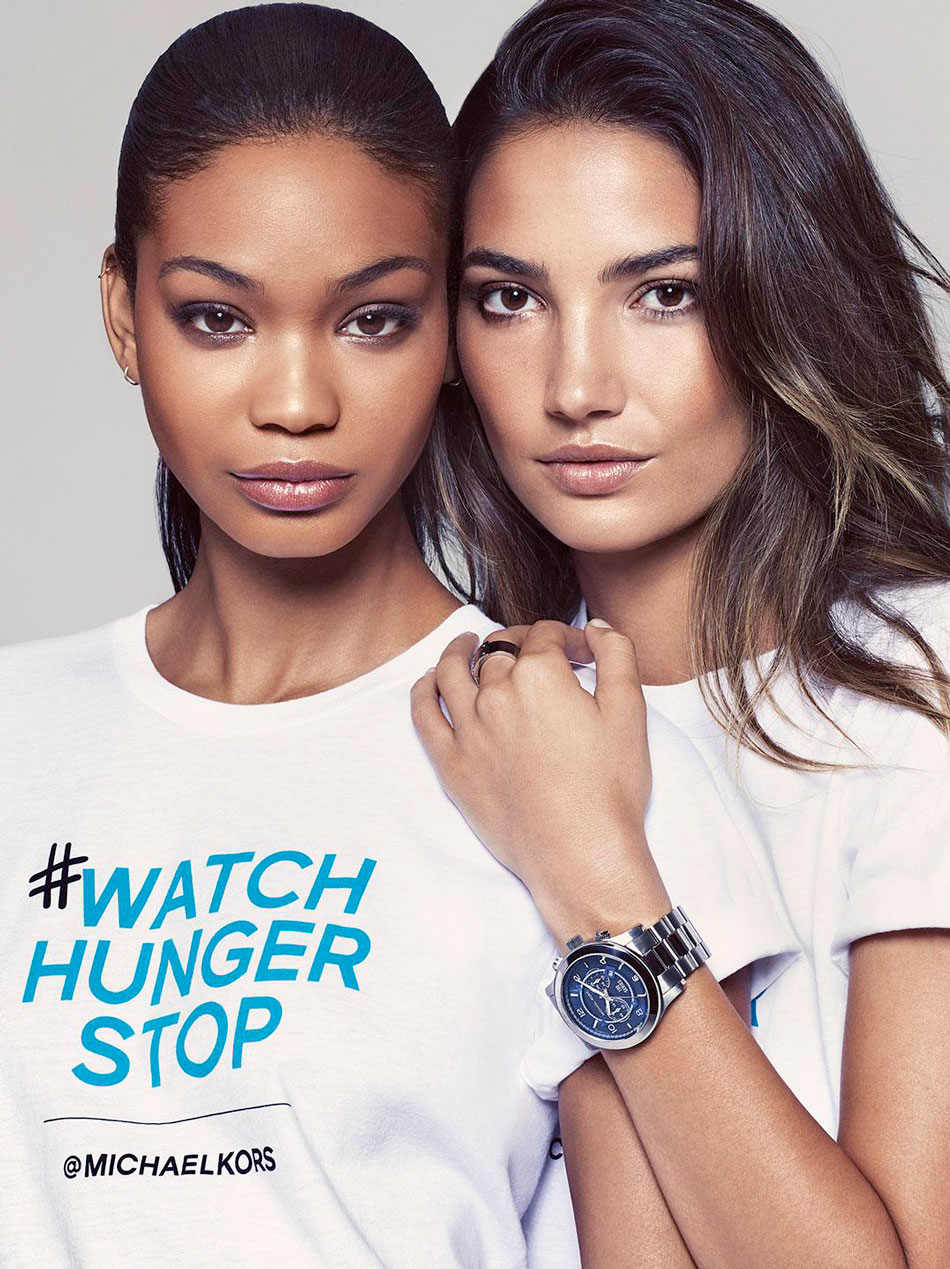 The perfect marriage of style and substance, Kors’ take on World Food Day promises to be a global event, raising awareness of the issues surrounding the world food crisis. Halle Berry, Chanel Iman, Lily Aldridge and Victoria Justice are already supporters of this cause and Berry will be showing her support alongside Michael Kors this year.

On 16th October, Michael Kors teams will take to the streets of New York, Berlin, Moscow, Rio de Janeiro and Tokyo, distributing bespoke Watch Hunger Stop t-shirts. In a manner befitting one of New York’s most iconic designers, images of those wearing the t-shirts will be streamed live on billboards across New York’s Times Square, as well as showcased throughout the globe using #WatchHungerStop.

In addition to this, throughout the month of October, Kors will be offering customers the opportunity to support the cause. Renowned for masterfully designed watches, Michael Kors stores are now stocking the strictly limited edition Series 100 watch. A timeless piece, the impeccably designed Series 100 is as generous as it is elegant, with one hundred meals being donated for every watch sold.

In just six months Michael Kors’ Watch Hunger Stop initiative has helped deliver over one and a half million meals to hungry children around the world and Kors insists that this is just the beginning. He is confident that ‘everyone can be an ambassador’ for World Food Day, urging fans of the brand to ‘donate, volunteer, talk, text, tweet’. Indeed it seems the ways to get involved are endless, all you need is the #WatchHungerStop.

Alongside his dedication to the World Food Programme, the designer has long been a champion of New York based charity God’s Love We Deliver. On the evening of World Food Day, Kors will be joined by Vogue Editor-in-Chief Anna Wintour at the annual God’s Love We Deliver Awards Dinner in New York. Together they will present the very first Michael Kors Award for Outstanding Community Service, to former US Secretary of State, Hilary Clinton.

Philanthropy has never been so fashionable.