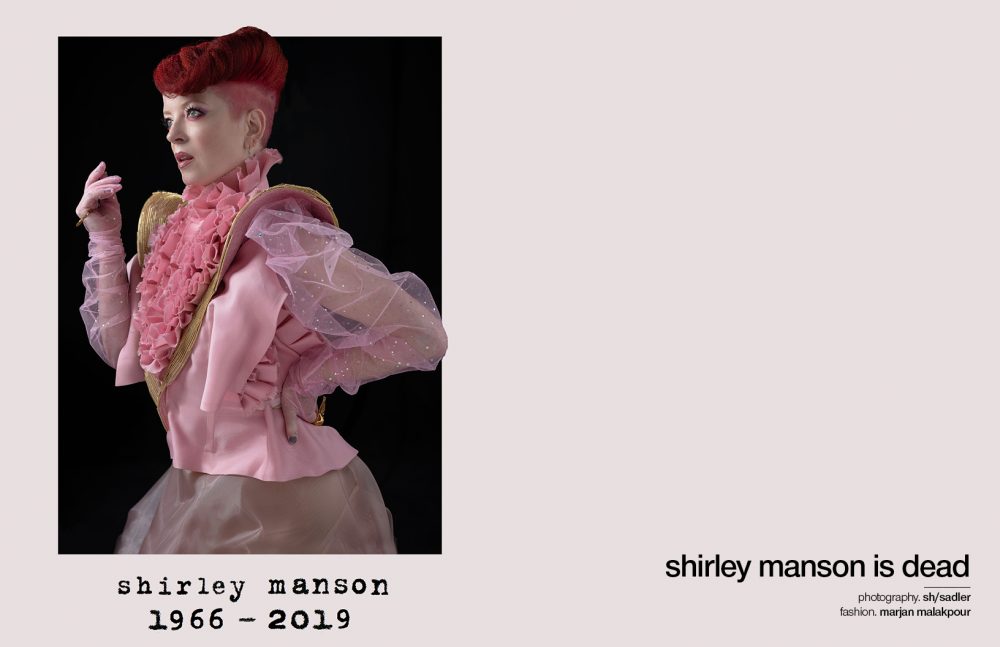 In the ’90s and early ’00s, Garbage was untouchable. The band had an explosive self-titled debut, which achieved multi-platinum status and received broad critical acclaim. The band’s follow-up, Version 2.0, broke the mould, introducing audiences to a poppier yet more noise-influenced sound while still producing chart-friendly hits.

A good deal of the attention heaped onto Garbage was due to the fire-haired Shirley Manson. As Garbage’s lead performer and writer, Manson toed a thin line – her lyrics, always up-front yet deeply emotional, painted a picture that starkly contrasted to her grunge, Brit-pop style and “fuck you” attitude. This dichotomy is not uncommon, especially in the alternative scenes from which Manson came, but big personalities in the music world can feel plastic – an issue Manson never struggled with.

Now Garbage is recording their seventh album, and things are a little calmer in Manson’s life. Manson’s still writing heart-wrenching hits and will happily tell you to fuck off if you’ve earned it, but now, her concern is global, evidenced by her recent piece in The New York Times and frequent posts on the band’s Instagram page. In her own words, “The time for talking is over. This is a time for action.” 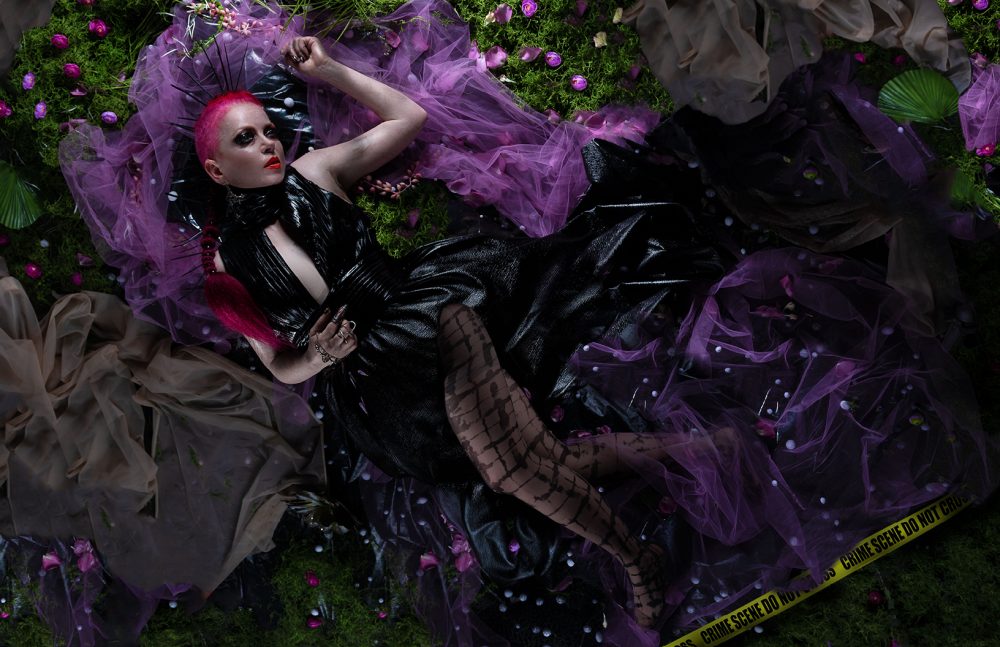 Your piece for The New York Times was painful, incredibly honest and caring – it gives a great understanding to those wondering why someone might engage in self-harm. At one point you reference feeling like an imposter during the first Version 2.0 tour. After all of your success, have those feelings completely faded, or do you still sometimes feel like an imposter? How do you combat those emotions now?

I still wrestle with all these feelings at times. Not as intensely or as destructively as I did before, but I definitely experience feelings of worthlessness or despair on occasion. I’m not entirely sure there is anything much wrong with that, to be honest. I believe it is important to investigate the darkness of the mind. Every now and again I think it’s healthy. The problems arise when the darkness invades every moment of every day for months or years on end. That’s when the darkness is out of control and must be attended to. But the occasional flirt? Nothing wrong with that.

For This Is the Noise That Keeps Me Awake, you said you went through old articles and photo shoots from the early days of Garbage. Did any themes emerge from reading through all those pieces again? What struck you the most from going through all that media?

How lucky we have been. What a career we have. How loved we are. I can’t believe it. I still can’t believe our luck. It seems obscene in a way. Out of all the bands in the world, throughout all the decades, that somehow we have been one of the bands who have survived and continue to thrive. I don’t really understand it but I’m so grateful for it. Much of that love comes from our loyal fan base who keeps showing up for us, but also the young fans with open minds who have started to turn up to our shows and engage on our feeds. It has all been, and remains, wonderfully surprising and extraordinary. 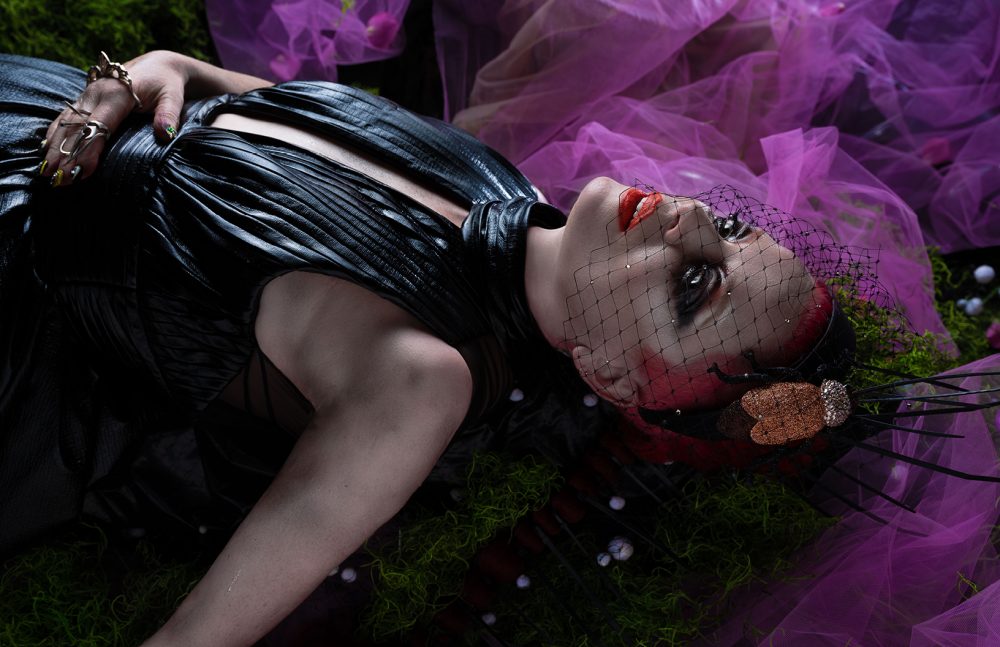 Garbage has some amazing music videos – the “Push It” video, for example, is just an incredible visual experience. How much do you think music videos like that formed the “image” of Garbage? Do you think if Garbage formed today, you would still put as much work into/focus on music videos, or would that visual expression be channelled into other media, e.g. Instagram and YouTube?

Trust me! We continue to put as much effort into everything visual today as we did back in the nineties. We just don’t have the financial backing to do so at the level we once did. That said, our videos for “Blood for Poppies”, “Magnetized” and “No Horses” are as good as anything we have done. When we emerged in the nineties, music videos were immensely important and played a massive role in the breaking out of a track. MTV was so powerful that if you managed to secure a spot on their playlist and tie a healthy radio campaign together, you were more or less guaranteed to have a hit. Of course that has all changed now and music videos, whilst still important, don’t carry the same kind of influence as they once did. Meanwhile, image itself remains vital to an artist. We are living in such a visual age, and I’m really grateful we always understood this from very early on. We ploughed so much of our own money into our music videos as a result, understanding that it was an opportunity to really stamp our image into people’s minds. We continue to reap the benefits of this effort, even now.

Speaking of visuals, you’re very honest, upfront and socially aware in your Instagram posts, which is refreshing given the normal charade that goes into having an online presence. Do you think social media is an effective tool to respond to social events in real time? How do the benefits of that differ from making a statement across a longer, more involved work like a song or even an album?

I see social media very much like the two backed beast with multiple faces. It is both repugnant and annoying and also incredibly inspiring sometimes, often beautiful to look at, and a considerably helpful tool for my band to get information directly to our fans. 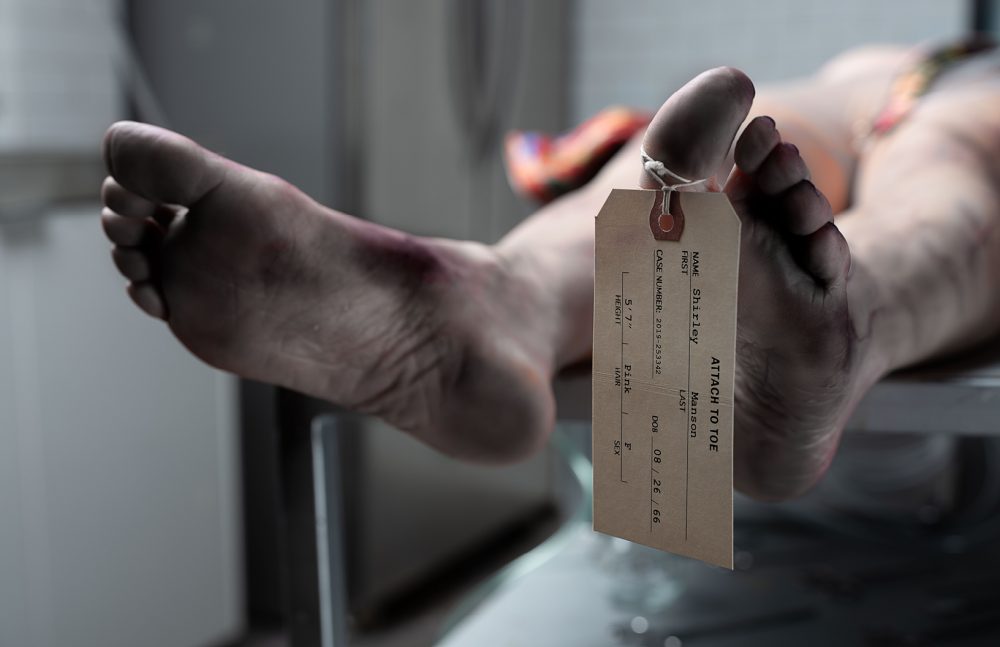 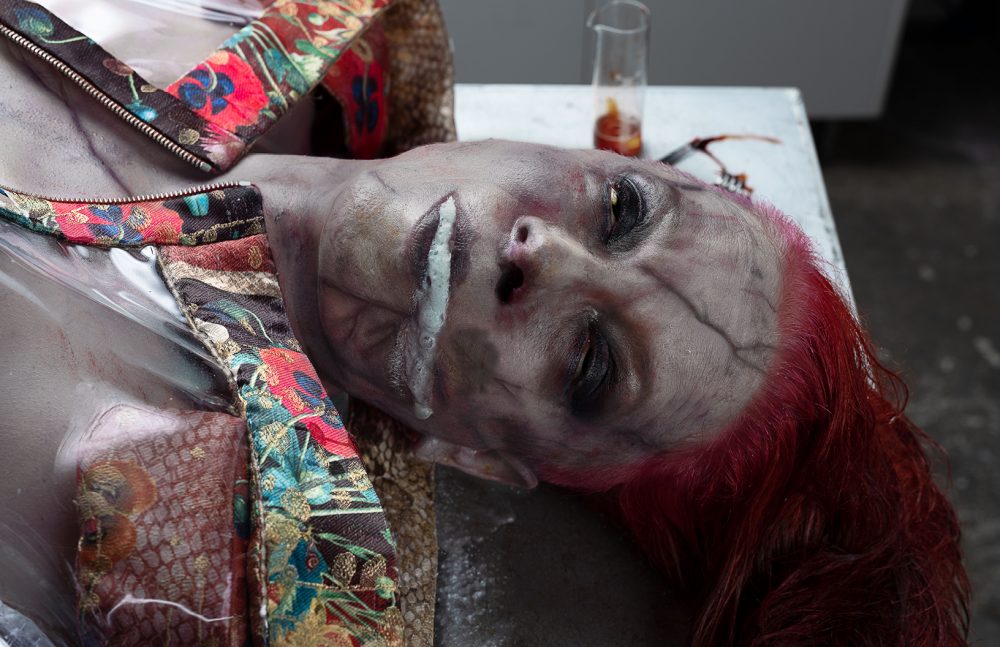 How much does the upcoming album explore the social awareness you talk about on your Instagram and in interviews?

Strangely, right now, it doesn’t explore social awareness whatsoever. That might change over time. I don’t know. But right now it is a very personal sounding thing. I have become more and more determined to do less posting about social issues and get more active and physically involved. The time for talking is over. This is a time for action. A time for forcing change. A time for putting our physical presence and our money where our mouths are.

Do you think it’s more difficult to write about a personal trauma or a shared one, e.g. writing about heartbreak in comparison to writing about global violence? Are you more comfortable with one over the other?

I think that is an impossible comparison. It really is all down to the gifts given to each and every writer. For some, writing about personal themes is too much, too painful, too frightening. For others, it is as natural as falling off a log. Similarly, you will find writers who are remarkably adept at writing in analytical ways or have a sharp, observational voice. Some amazing beasts can do it all and can switch between “voices” easily and faultlessly. I try not to compare artists and instead just respond or not as the case may be, to the quality of the output itself, regardless of style. 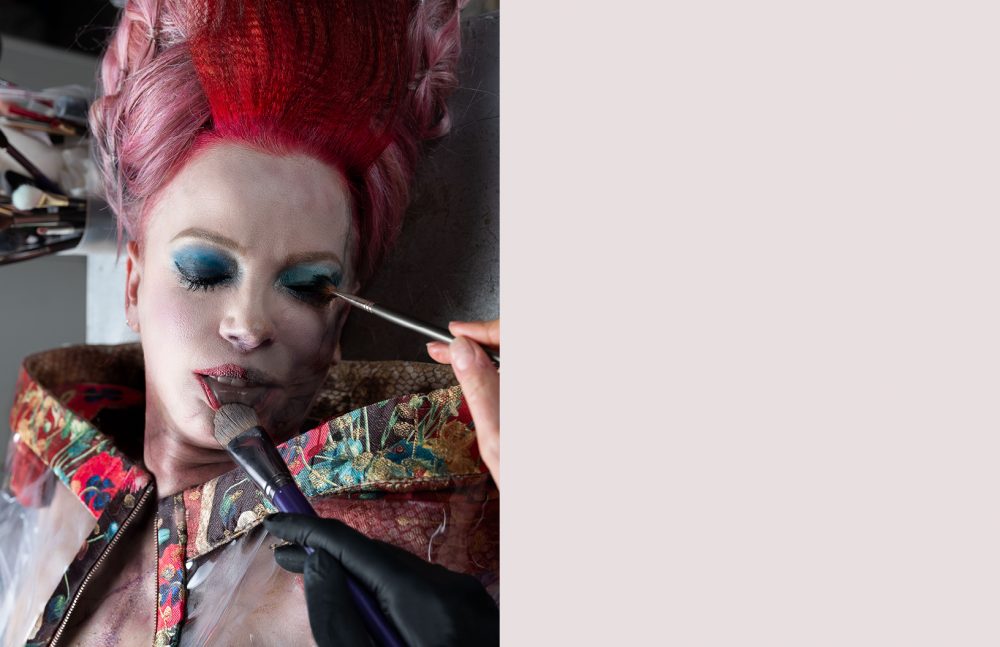 During the making of Version 2.0, we heard the band spent $200,000 on drinks alone. Now that the band has presumably calmed down a little bit, what is your biggest tour expense?

Our biggest tour expense is always the tour bus. The tour bus and hotel rooms. We are so incredibly lucky to be at a point in our career where we can afford such luxuries. My heart often breaks for the opening bands who don’t enjoy such a luxury yet. I know from years of experience just how hard it is to tour in a van, have to shower at the venue and eat on the hop at greasy spoons and truck stops during endless hours on the road. The working musician has to be really tough and there is no one who wins my respect more than someone who can put their head down and make the best of it. I did that myself for ten years and I can’t begin to say how grateful I always am for a tour bus and a hotel room.

What’s been your most memorable Garbage show in recent history? Any cities you’re especially excited to return to?

Every show we play has its own magic to it but playing anywhere in Mexico always turns the fever up a notch. We have such a long history playing down in Mexico and so when we go there, the atmosphere, the connection between band and audience is intense. I always look forward to returning there for this reason and for so many other reasons too many to list here. The food, the people, the culture, the aesthetic. It always excites and inspires me. That said, we are returning to Rome this summer for only the second time in 25 years, and I am remarkably excited about that. 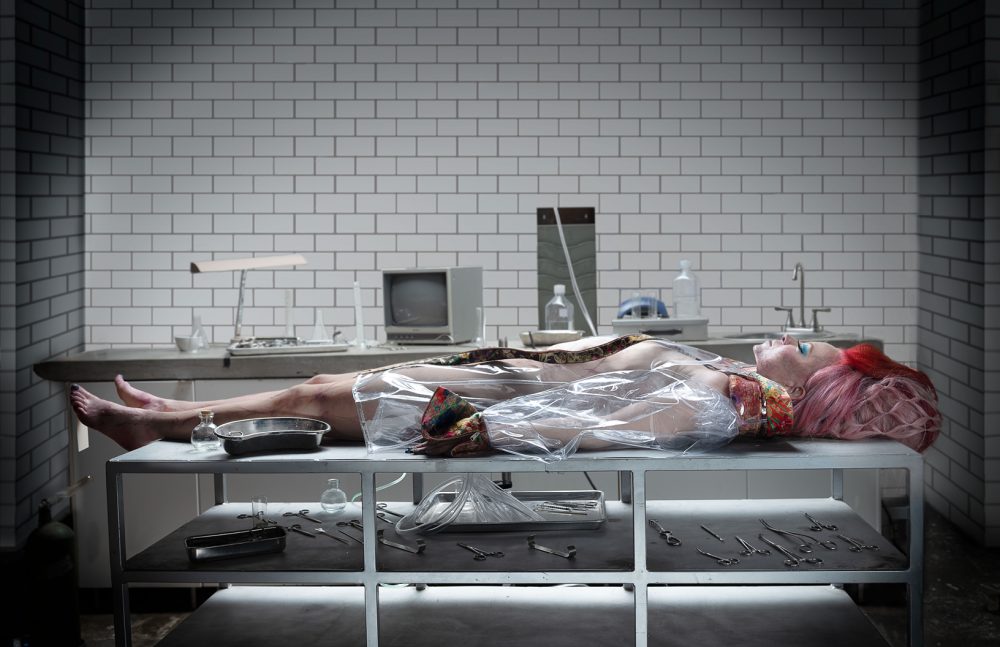 Who are some musicians today who intrigue or excite you, and what about them do you find so striking?

There is so much incredible talent out there.  I am pretty obsessed with Kelsey Lu. She made a fantastic, gorgeous, unique sounding record and presents it all so artfully with great attention to detail. I’m also pretty thrilled by Fuck U Pay Us, who I believe are saying something vital and urgent and doing so in such an unapologetic, courageous manner. They have my deep respect.

Of course, I still have a deep love in my heart for the old guard like Rihanna and Beyoncé, Missy Elliot, Karen O, The Distillers, Marianne Faithfull, Courtney Love and Peaches. I enjoy Grimes very much. Janelle Monáe, Chelsea Wolfe, Cardi B, FKA Twigs, St Vincent… Also, I am mildly but not dangerously obsessed with Stormzy. See, I told you! My list is endless. I love music and artists. They inspire me deeply. Musicians are my favourite people in the whole world. They have my heart and they have my deepest respect.

Returning to Garbage, after a hiatus in the 2000s, the group came back together and put out two albums – both received very positive reviews, and we’re excited to hear your upcoming record. How does the writing process now differ from how it was before the hiatus?

Somehow everything seemed so much more fun once we took a hiatus. I seriously recommend an extended break for anyone at some point in their creative endeavours. A recalibration took place. A reimagining of myself and my possibilities. A repurposing of self. I can’t talk for anyone else in the band but that is how it feels to me. I was an entirely different person coming into the band after the break and that affected everything with regards to how I consider my role within the band and how I now choose to approach my work as an artist. 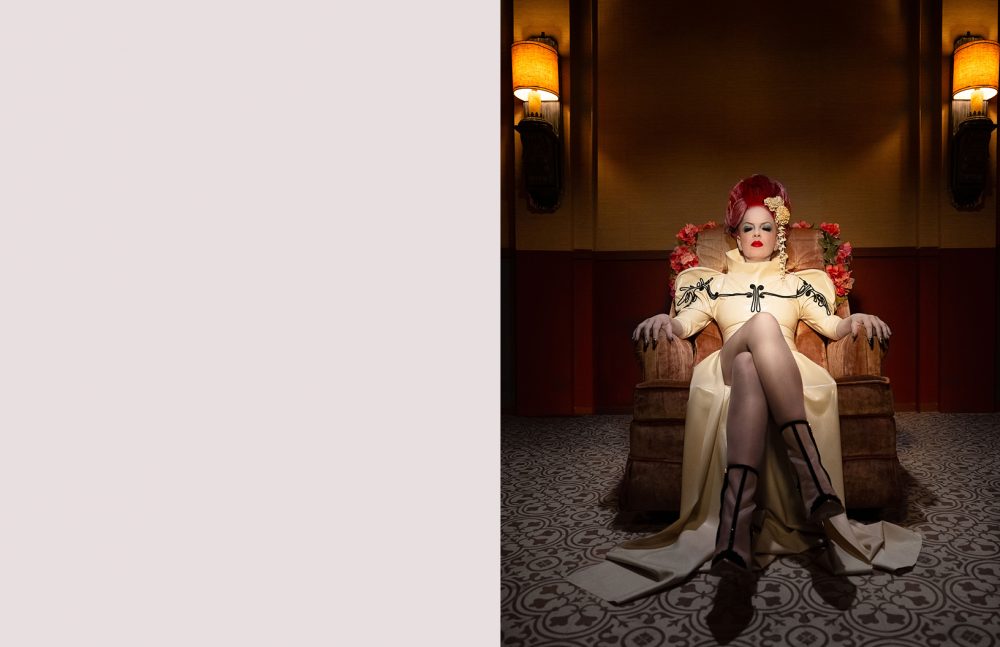 What have you been reading recently?

We are in the middle of making a new record and I guess I am a little nervous about it. When you work with other people you never know how anything is going to turn out until the very last minute when the entire thing is finished. It is an exciting way to live but it also creates a lot of anxiety. Now that I am older I am trying to manage my expectations more skilfully and with more discipline so when I talk about being nervous, I don’t really experience too much nervousness any more. I still experience a little anxiety. A little anxiety about whether I am up to the task. Do I have something of interest to explore? Am I capable of finding new places to go within the confines of an established group dynamic? These are things that worry me, I guess. Do they make me nervous? Not really. 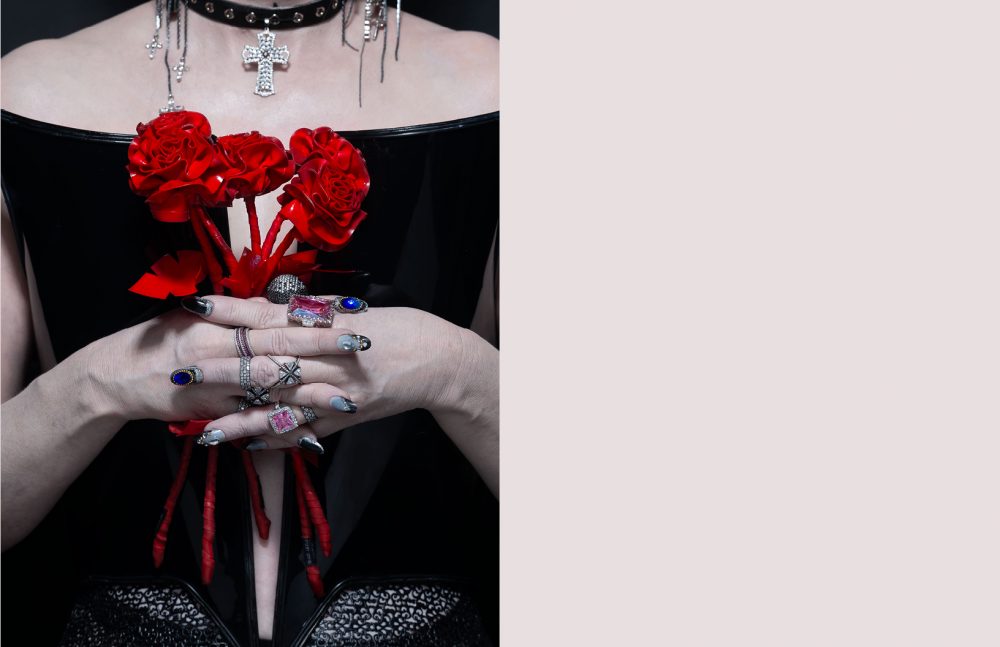 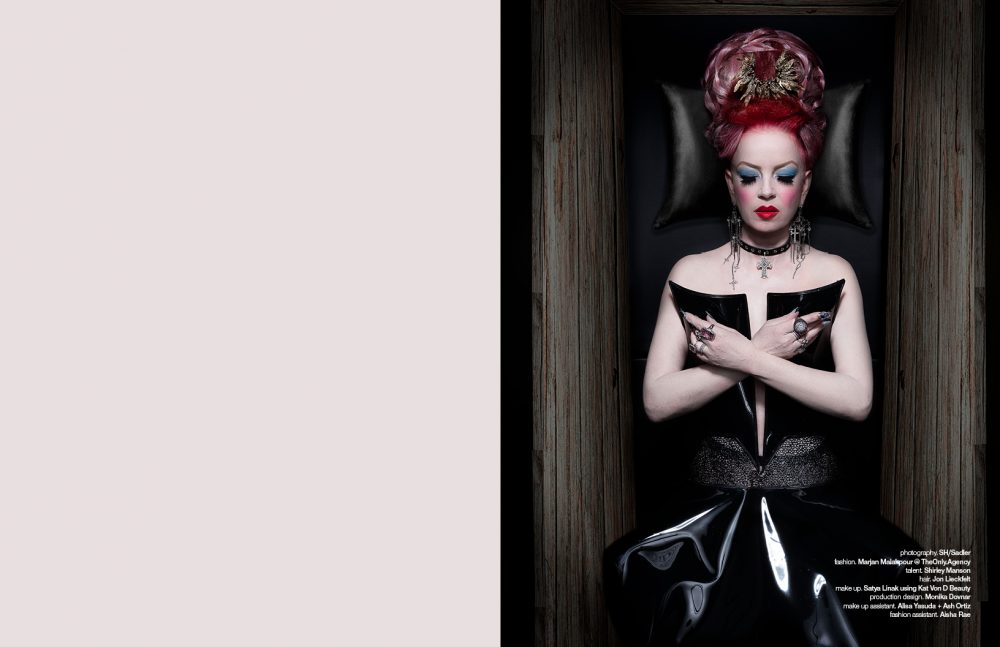 Garbage’s 20th Anniversary Deluxe Edition of ‘Version 2.0’ will be out on June 22.