Three’s release in 2016 marked a change for Phantogram, the electronic rock duo composed of Josh Carter and Sarah Barthel. During Three’s recording, Barthel’s sister passed away, setting off a shockwave of emotion that rippled through the final album. After Three, the band went dark, only returning briefly in 2018 to release a charity single for the American Foundation For Suicide Prevention in honour of Barthel’s sister. Today, the duo come roaring back with a video for their new song “Into Happiness,” directed by Floria Sigismondi — a long-time favourite of the band.

“Into Happiness” is a jingly and anthemic track making peace with the sentiments underpinning Three. Carter sings the verses, delivering a rough, despondent vocal line, while Barthel sweeps in for the chorus’s bright and hopeful hook. “We tend to have dark themes in our music, and although it’s a bittersweet song, we thought it would be cool to put out something that offered a more positive approach and solution,”  the band explains exclusively to Schön!

As the video progresses, Carter and Barthel can be seen in different stages of life – no matter how much they change, they’re still together. “‘Into Happiness’ is a song about growth and realisation of a lot of things in our lives over the years…” the duo asserts. “Since we’ve known each other since preschool she wanted to show our journey together throughout the years. It was fun to put ourselves in [Sigismondi’s] hands and let her take the video and song where she saw it going.”

In fact, Sigismondi’s idea for the video relies on the duo’s connection. “There is an Eastern myth about the red thread of fate — a string tied by the gods around one’s little finger connecting them to other souls they are destined to meet,” Sigismondi says. “The cord may stretch or tangle, but it never breaks and their fates are always tied. The ‘Into Happiness’ visual plays on this concept, metaphorically exploring this connection. We meet Sarah and Josh at different ages as they move through an enigmatic dreamworld, always connected by this red string representing their passion, friendship, and music.”

“It’s amazing to think back on our dreams when we started the band, and to be living so many of those dreams now after years,” offers the duo. “There’s still struggle and darkness, but it feels like we’re finally starting to learn how to really challenge ourselves consistently as artists, to stay fresh, and to have balanced lives.”

Check out the captivating video for “Into Happiness” above. 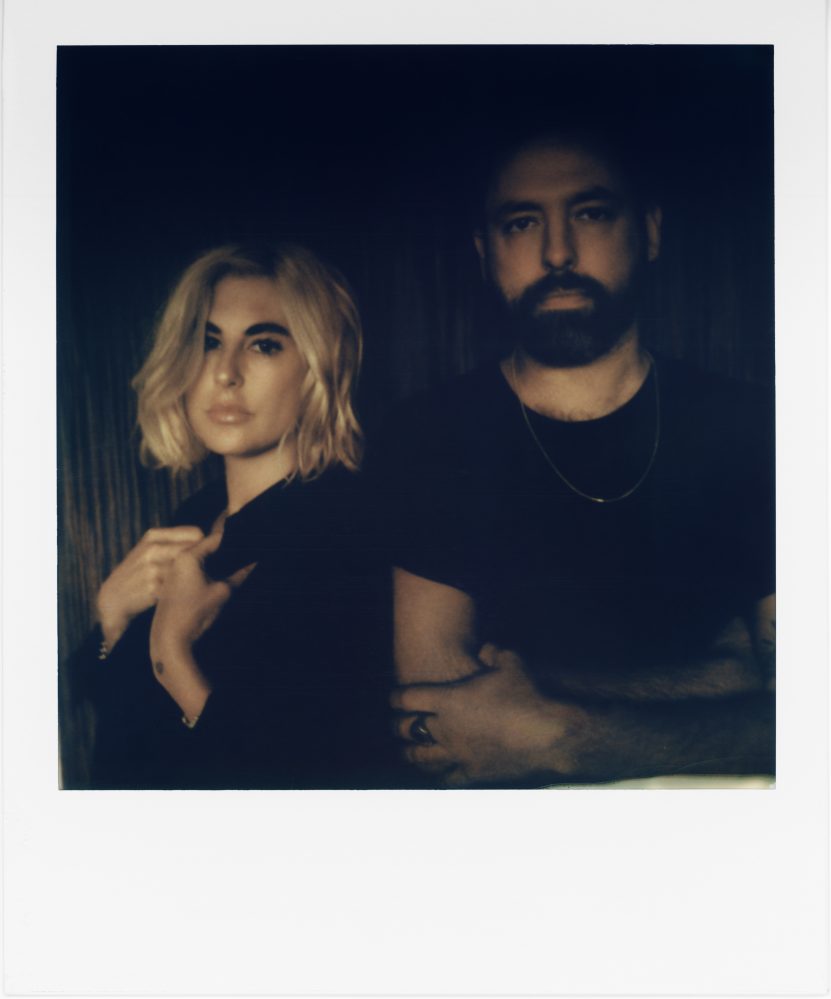