The power of collaboration is undeniable and it has worked its wonders on Grammy award-winning Swedish singer Karin Park and former duo Thomas Knights and Nick Sheldon. As the two-way days of Pandora Drive come to an end, the trio brings us the macabrely poetic brand new video for the debut track, ‘Albino Heart‘, from their forthcoming EP. With Karin‘s unique voice and Pandora Drive‘s seminal neo-electro-pop sound, ‘Albino Heart‘ explores intimacy and connection, its power and dynamics to warn us in a heartwarming way of  what happens “if you don’t allow your heart to love.” To accompany the exclusive premiere of the visuals for the track, Schön! caught up with 2/3 of Pandora Drive to discuss songwriting, overcoming your demons, and what’s next on their new music venture.

‘Albino Heart’ is about what happens if you don’t allow your heart to love. How did you come up with the title? Can you tell us a bit more about the backstory of the song?

Karin Park: It’s a picture I got in my head when Thomas and I  talked about the song and what we wanted to say. When all you long for is love but it feels so far away that your whole body is numb. Like your heart is drained from blood. I love writing lyrics with Thomas. He wants to say so many things. Sometimes it feels like he’s firing a machine gun at me and I just got to be fast and catch the bullets.
Thomas Knights: We thought about the physical impact on a heart that was restricted of love, then Karin said “I need to think outside” she sat on the front doorstep for a couple minutes, it was the summer and a breeze came in, there was a pause and then she walked back in and said, “What about… how do I bleed an albino heart, how do I play with a joker card”  I was like, “That’s amazing. Where did that come from?” It articulated all my feelings in one line.

How does ‘Albino Heart’ take over from ‘Hurricane’?

KP: This started a while ago with us writing music together. ‘Hurricane‘ was released on the last Karin Park album as a feature but now Pandora Drive is ready to go. ‘Albino Heart‘ is the first step.
TK: ‘Hurricane‘ is a song about the allure of 21st-century city life. The temptations, the excess and the madness circling around you. ‘Albino Heart‘ is a more intimate, personal song. Musically, it’s more alternative and less dance, which is more representative of where we are at as a band now.

You will be releasing an EP and full album next year. Can you tell us a bit more about what we can expect in terms of theme, rhythm, etc?

KP: Imagine a warm night when you’re walking along Sunset Boulevard and you feel really lonely under the palm trees that are all planted into the city of L.A but don’t really grow naturally there at all. And all the neon signs you walk by are standing there buzzing with electricity and you know that this road leads to nowhere and anywhere and doesn’t turn until it’s too late… that kind of thing. I’m really proud of what it’s become. It’s very much pop songs but it has a dark cinematic vibe to it with beats and really nice guitar lines.
TK: The overall theme is self-reflective – often anxious and tense. It’s quite a poignant record for the times we live in. It has both clubby and intimate moments and there are really epic gospel sections. 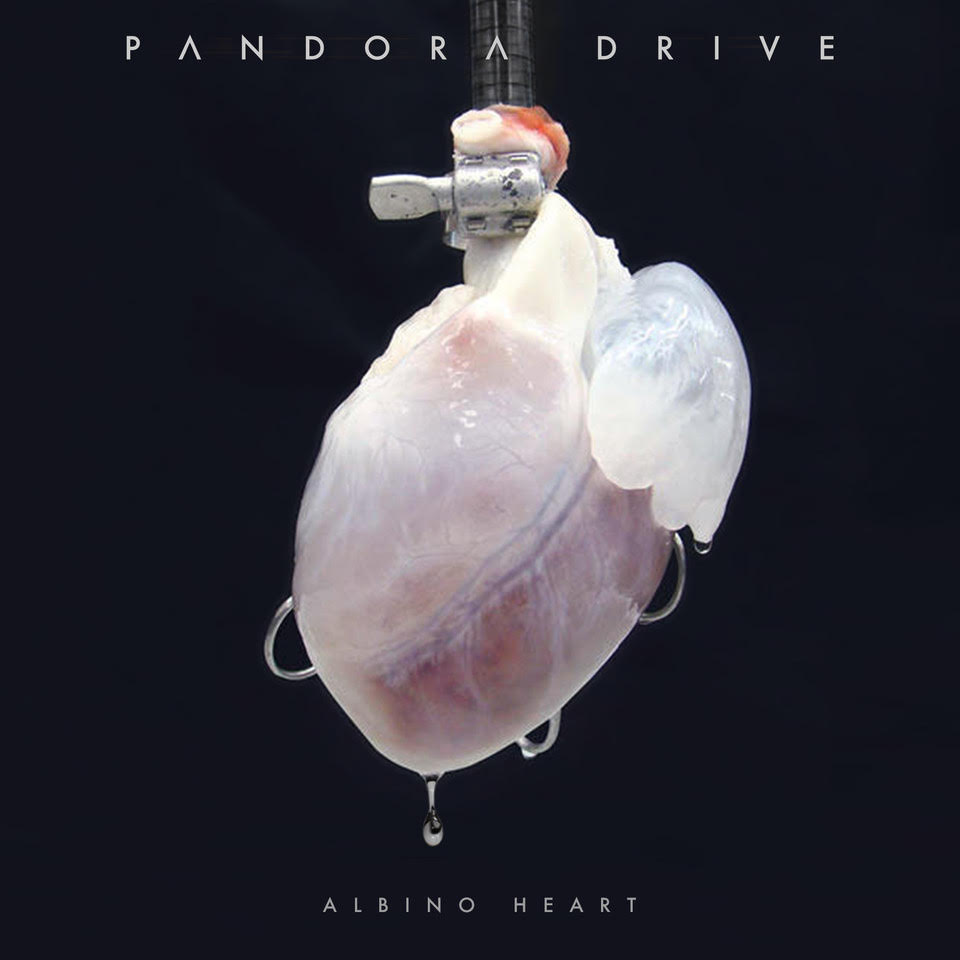 Will there be an overarching tone and message surrounding or dominating the project?

KP: Yes, the music and lyrics have a very strong theme which is also shown in the visuals that comes with the music. Thomas is an amazing photographer and he has done several music videos for people like me and Maya Jane Coles so we can create our vision exactly like we want it.
TK: This whole record was written throughout a really dark period of my life. The album is called “Race To Ruin” which gives you some idea about the tone. But it’s not all negative – a lot of my problems stemmed from being attracted and excited by the darkness and the escape, so there is an energy there. Now I’ve moved on from those times, it feels like the body of work that resulted from it should exist together in a coherent form like a traditional album. It feels like a life chapter and all the songs fit together and talk to each other and tell the story of that time.

How would you define Pandora Drive and why did you decide to team up in this venture together?

KP: Thomas and Nick were making music in the room next door to where I lived when I stayed in London. I could hear them working on this track and I could totally hear the melody for it.  After listening to them through the wall for a while, I just walked into their room and started singing what I had in mind. They really loved it and that was the start of our collaboration.  I worked in a studio every day but we made music before I went away in the morning and when I came home at night. And eventually, it became a whole album. It wasn’t something we decided, it just happened.
TK: The project really came together in its current form when Nick and I went to Sweden to write with Karin last January. We stayed in her house & recording studio (a church in the middle of a snowy pine forest in the deepest depths of Sweden) and wrote 3 key songs. It was the moment we all decided to be in a band together. There was a magic and we realised we had found something special in each other.

Thomas said, “there was a real story that surrounds this project”. Can you tell us a bit about that?

KP: There are so many things to say about this that I don’t even know where to start. But I think for now it has to be told through the lyrics and the videos because that’s why it exists. That’s why we made this album. It’s delicate things not easy to talk about. So the music becomes the outlet.
TK: I agree with Karin, I think the story will become clear the more we release music and visuals. From a personal perspective, I want to show that it is possible to conquer your demons, no matter how overwhelming and powerful they are. I was totally lost a year ago, there was seemingly no way out and it was all going to end very badly for me. But here we are, I have lived to tell the tale and now we have something to say.

‘Hurricane’ was remixed by Maya Jane Coles and Booka Shade. Can we expect more collabs on the upcoming projects?

KP: Absolutely!
TK: There will always be a dance connection to what we do as Nick is also a DJ and dance producer. So we are putting together a remix package for the EP with some really special collaborations.

Karin’s sound has often been described as “dark”, personal and with a clear synth-based direction. How would you describe the sound of this Project? Would Pandora Drive’s sound differ from that or draw on it?

KP: It definitely has its similarities but it’s not as sinister and dramatic as my albums. It a bit more gentle and has a lot of guitars and softer beats. Nick has done all the programming so it has very much his touch. But it’s not a different world at all. We like the same kind of vibe.

TK: We play our first ever London show on Valentines Day 2018 at the Camden Assembly. It will be our EP launch party and it’s a bit of a homecoming gig for us as most of the record, including ‘Albino Heart‘, was written in my old flat in Camden.