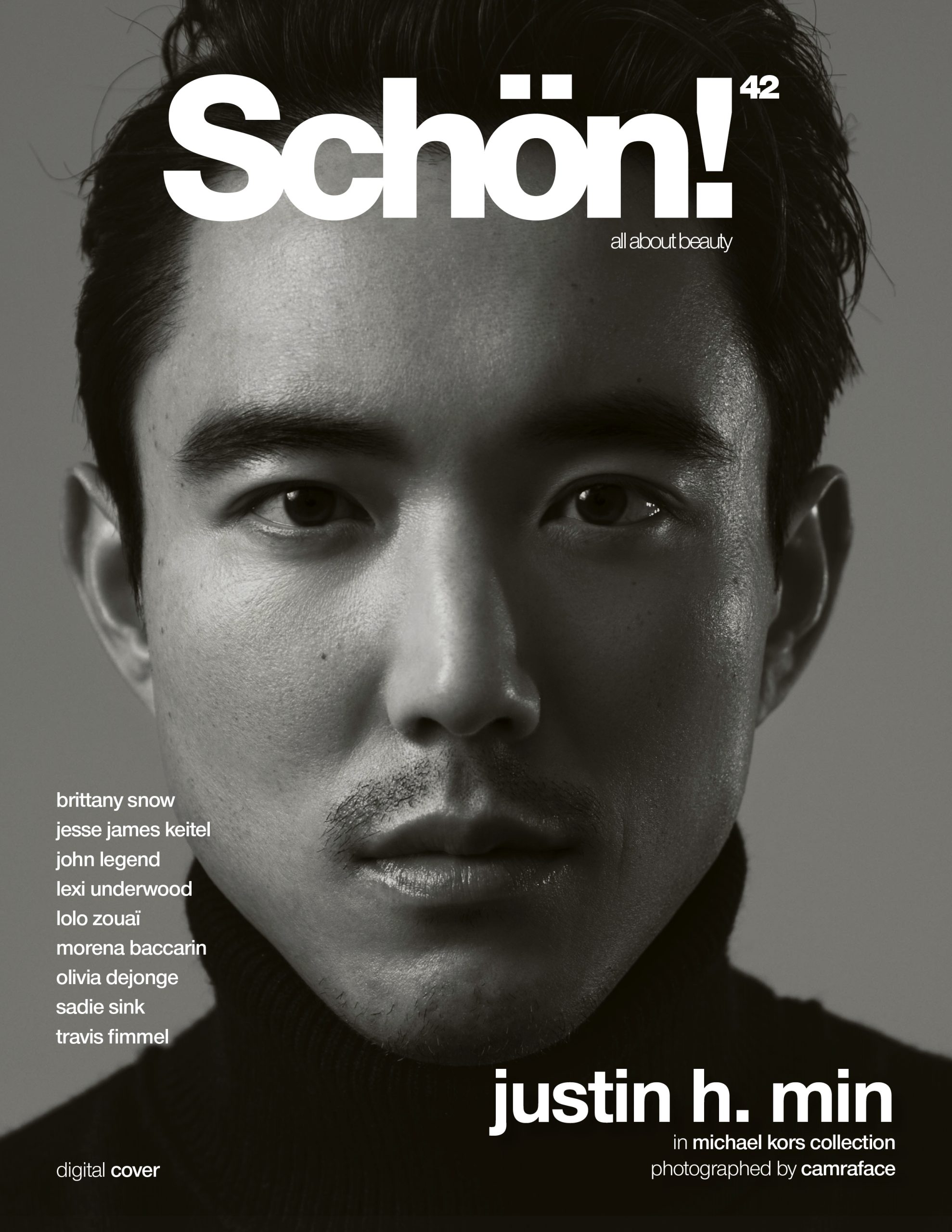 After a walk along the beach in L.A., Justin H. Min sits down with Schön! for his interview and, unconventionally, is the one to kick off with the questions. It shouldn’t come as a surprise because the 31-year-old actor, best known for his role as Ben Hargreaves in The Umbrella Academy, was once a journalist himself. “It’s so surreal when I get interviewed because I used to do this all the time,” he explains. “One thing I love about journalism is this idea where you connect with people, listen to their stories and ask questions.”

Nowadays, instead of writing the narrative, he plays it himself. In the sci-fi drama After Yang – where he stars alongside Collin Farrell and Jodie Turner-Smith – Min portrays a robot. When his character suddenly stops functioning, the family that bought him realises that the bot meant more to them than they initially thought. As they try to save Yang’s life, they navigate through the loss, the memories and the emotions associated with grief. “It’s really fascinating! The more I talk to people about the film, the more different parts resonate with different people,” Min reveals, “but what’s interesting is that this sort of robot, that’s supposed to serve one purpose, ends up really becoming a family member.”

In the world created by filmmaker Kogonada, Yang is a techno-sapiens – or more specifically a techno-cultural. These robots are purchased by parents to serve as a cultural connection to the country of origin of their adopted child. “The rest of the world sees Yang like a maid, a babysitter, someone that is forced to help this family, but Yang is just so happy! He’s not trying to become human; here the robot is actually fine being a robot and being a sibling.” 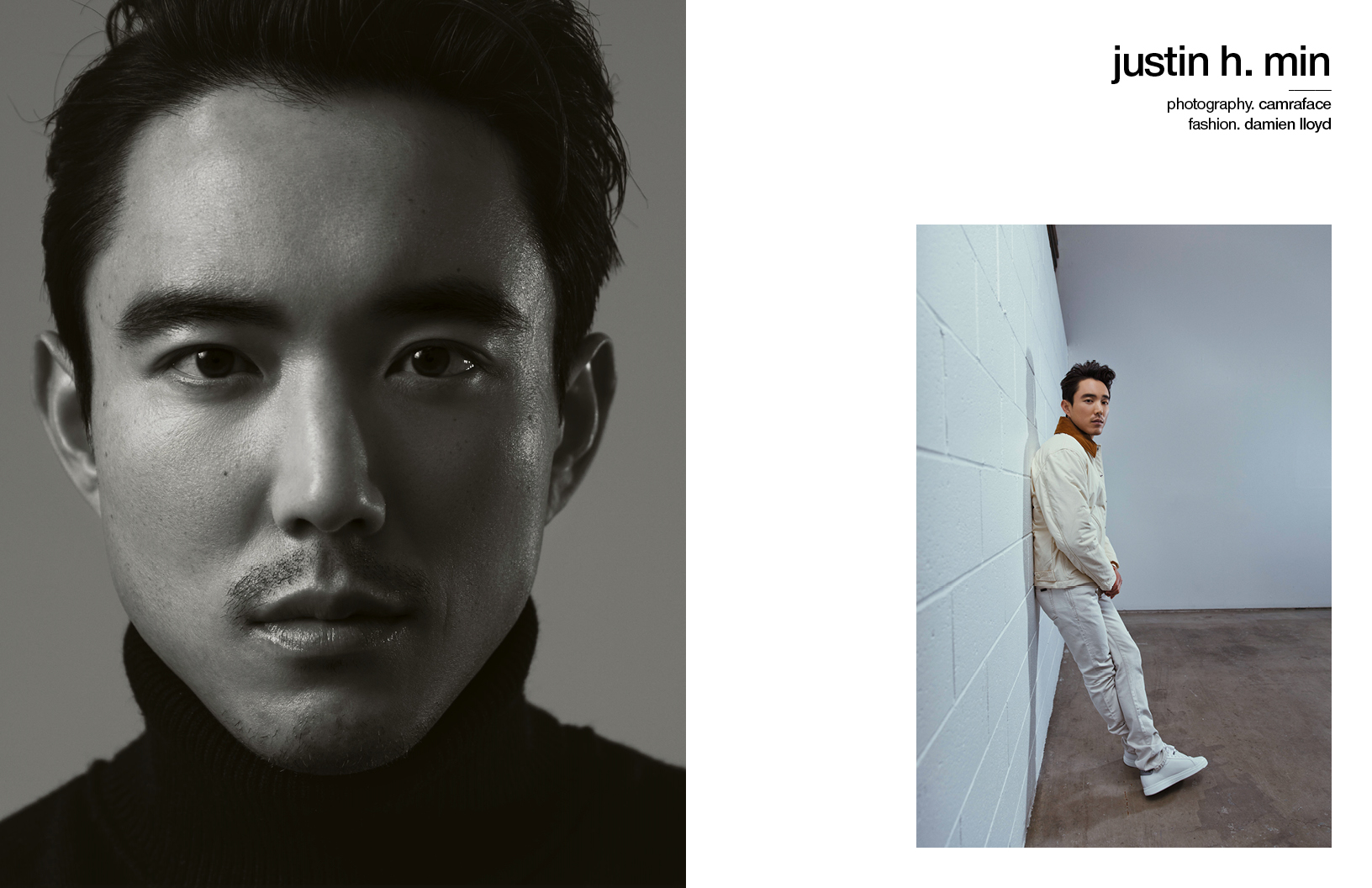 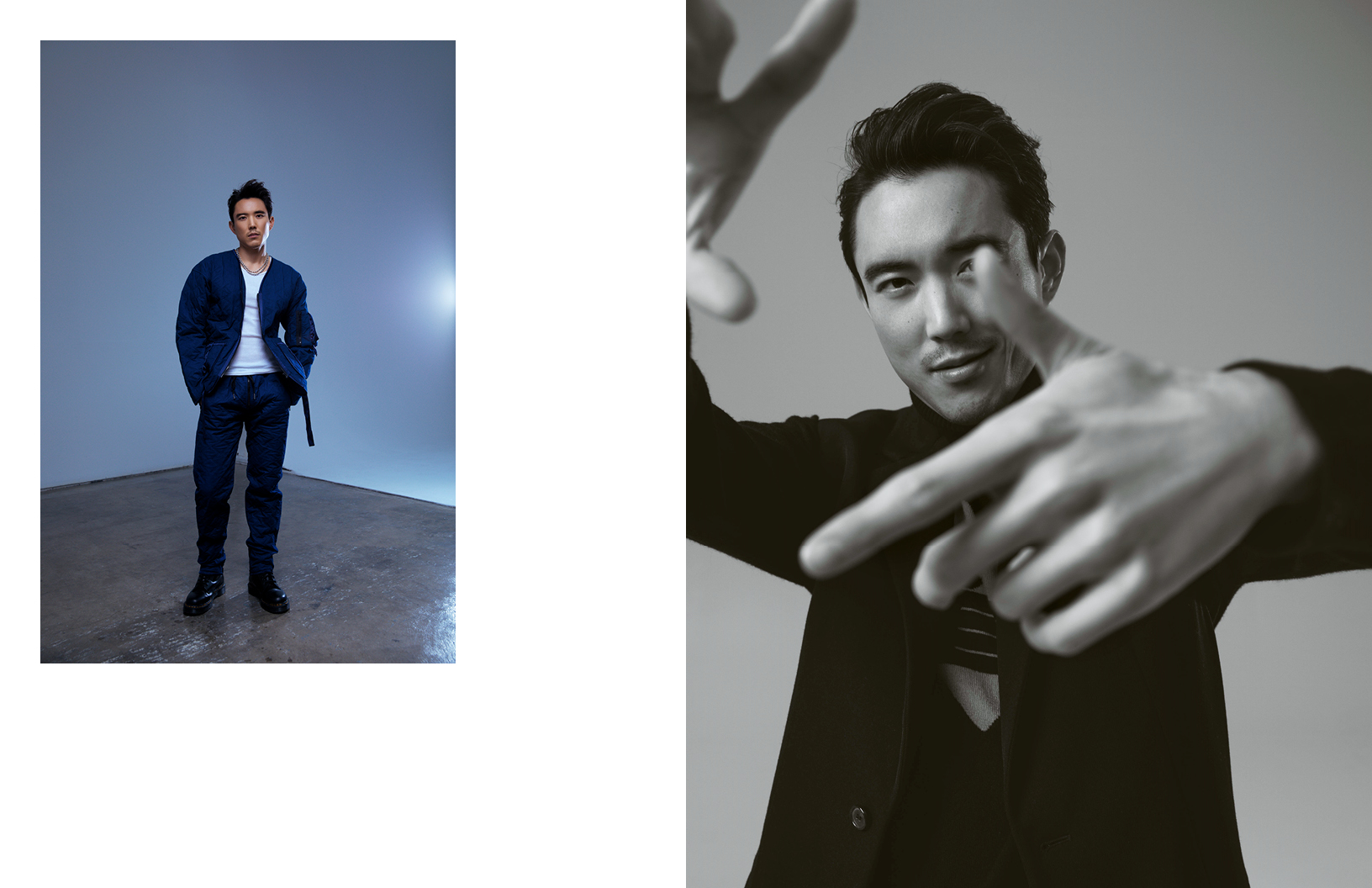 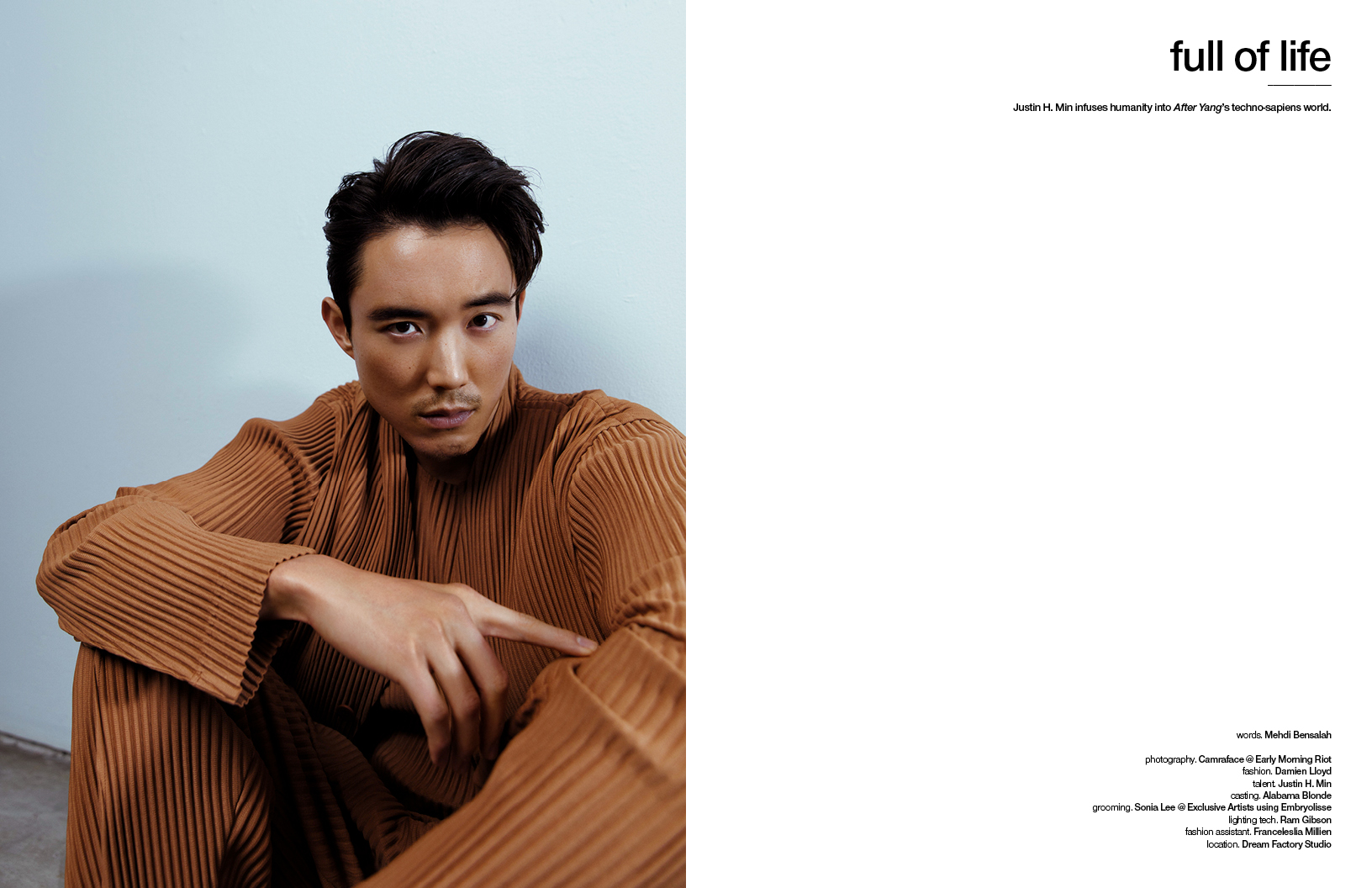 After Yang is in cinemas now.
Season 3 of The Umbrella Academy will air on Netflix on 22nd June.

Discover the full editorial and our chat with Justin H. Min in print in Schön! 42. You can download your issue with this digital-only cover exclusively here.